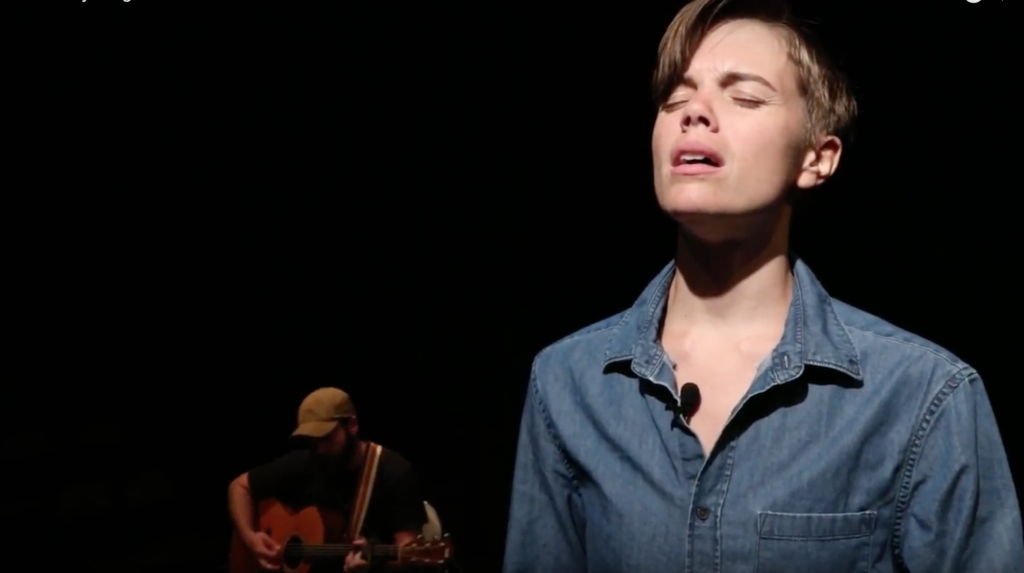 Dani Shay, as the young Albert Cashier in the newly opened musical. 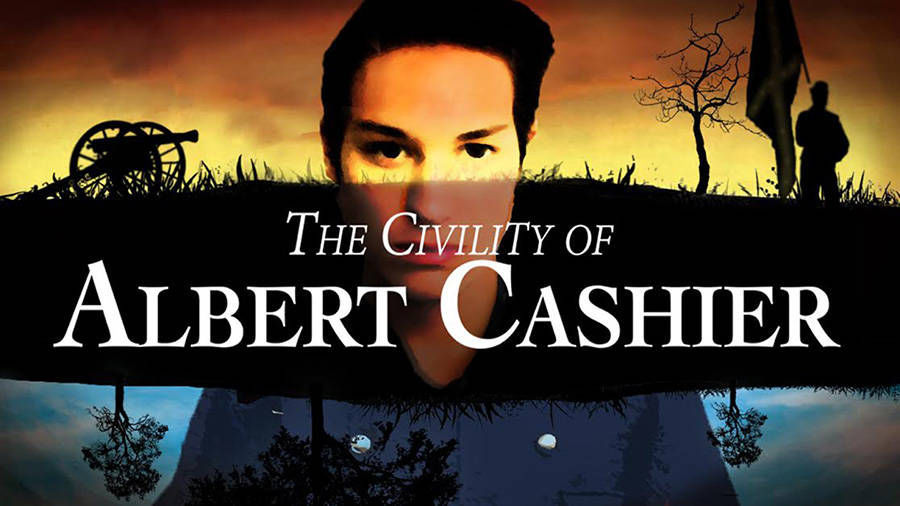 Poster art for the musical that opened Thursday night in Chicago.

When Chicago playwright Jay Paul Deratany stumbled over the story of Saunemin's Albert Cashier on a history web site three years ago, he had no way of knowing then how the timing of the moment would play out now.

But play out it has: Deratany's stage rendering of the life of the gender-defying Cashier opened this weekend in Chicago, fast on the heels of Donald Trump's reinstatement of the ban on transgender people in the military ... "in any capacity."

"The Civility of Albert Cashier" began its previews Thursday night at Stage 773, located at 1225 W. Belmont Ave., with the official press opening set for this coming Wednesday, when the reviews will be in.

Under Trump's watch, it probably isn't going too far to suggest that Cashier would have been, well, cashiered from the military: unwanted for heroic services rendered in uniform.

But in mid-19th century America, when identities were less subject to scrutiny — presidential or otherwise — the soldier born Jennie Hodgers served his country honorably, without question.

The Irish immigrant, who moved to Illinois and assumed a male identity before enlisting in the Union Army's 95th Illinois Infantry during the Civil War, fought bravely in some 40 battles.

Cashier maintained that identity through his post-war life as a laborer in Saunemin, until medical treatment for an injury revealed his true gender.

As was noted in The Pantagraph's coverage earlier this summer — itself published just three weeks before Trump's Twitter-delivered edict — Deratany's interest in dramatizing Cashier's story thee years ago was tied to then-current events.

His interest was further energized during the show's creative process via President Barack Obama's June 2016 lifting of the ban on openly transgendered people entering military service.

As Deratany's told us in his Pantagraph interview, no hammers over the head have been administered in dealing with Cashier's orientation, either as soldier or private citizen.

"We don't say that Jennie Hodgers was a lesbian, or that she wanted to live as a man, or that she did it simply because women were paid so low and lived a harsh life if they were single."

Instead, the focus — through both Deratany's dramatization and the song score composed by Americana musician Jay Stevens — is focused on the human rights issues that confronted Cashier at the end of his life.

Among them: His Army pension being challenged after his true gender was discovered, and his being placed in a state asylum and forced to dress as a woman.

The role is dual-cast: "America's Got Talent" finalist Dani Shay as the young Cashier, and Broadway actress Katherine Condit as the aged Cashier, reflecting on his life.

"I was fascinated when I was kid as why we didn't have these stories ... we only had stories about white men, and women were sort of pushed to the edge in history books," said Deratany.

In a new, post-ban interview published earlier this week in England's The Guardian, the author said, "the temperature Trump sets for our country, the mood he sets and the anger that he’s creating and the polarization that he’s building between people — it’s just terrible. But I hope this play bridges some gap."

Deratany also hopes it has a life beyond its Chicago premiere this week.

"My hope is that this goes further, to Broadway. This is the story of an individual who fought for his freedom, and his privacy, and it should resonate with everybody ... no matter whether you're a conservative accountant from Southern Illinois or an urban liberal."

Go see for yourself: Tickets for the McLean County Museum of History's previously announced Sept. 17 bus trip to see a 4 p.m. matinee of "The Civility of Albert Cashier" at Stage 773 have sold out, according to a museum spokesman. (In fact, that entire performance is sold out as a result, we're told.)

Dan Craft is Pantagraph entertainment editor. He can be reached at 309-829-9000, Ext. 259 or via email at dcraft@pantagraph.com

Here are the locations of the 12 painted power boxes in downtown Bloomington, along with artist credits:

2. Center and Washington: the aforementioned circus-themed work by Danell Dvorak.

5. Prairie and Washington: a trees-and-flowers fantasy landscape by Bonnie Bernardi.

6-7: Main and Market: two boxes adorned by Mickey Lower (aka the Zoo Lady), one with people on front and back, their arms extended around; the other with dragonflies.

8-9: Main and Jefferson: an stylized Indian elephant by artist Suchitra Singh; a smaller box with a love/peace theme by the project's youngest participant, seventh-grader Anisha Amarvadi.

10: 502 E. Front St. (Wesley United Methodist Church): a landscape by Jeff Little, who also has created one of the five downtown wall murals, at Market and Center.

11: Market and Center: As of press-time, a work in progress by Julie Callahan, with clouds and sky awaiting addition of flora.

12: Main and Monroe: Another work in progress, still being primed. When ready, artist Jodi Wylie will turn it into a sandwich, ready for our consumption.

Dear Abby: When I was younger, I was engaged to a man I'll call "Jake." I was deeply in love with him, only to have my heart broken when he ch…

Dear Abby: Stepmom goes a step too far claiming children as her own

Dear Abby: My former husband had an affair years ago, and when our divorce was final, he married the woman he was involved with. I'll call her…

Dear Abby: My 13-year-old son and I recently had a discussion that maybe you can help clarify. We are seeing more about trans people these day…

Dear Abby: Newlywed is questioned about keeping her name

Dear Abby: I'm in my mid-30s and have just been married for the first time. I chose not to take my husband's last name for several reasons. I …

Dear Abby: After many years, my sister and I finally have a decent relationship. I feel I can tell her about almost anything.

Dear Abby: My friend "Kate" has had a lot of trauma in her life, and she feels things very deeply. She has experienced assault, the suicide of…

Dear Abby: My husband and I are 58 and getting ready to celebrate our first wedding anniversary. We knew each other in college, but were just …

Dear Abby: I have been in a relationship with my boyfriend for a little over five months. We have enjoyed spending time with each other, but w…

Dani Shay, as the young Albert Cashier in the newly opened musical.

Poster art for the musical that opened Thursday night in Chicago.