Of all the requirements to do a job well, consider those of Keith Sellon-Wright:

“Most people," says Sellon-Wright, of the 258 Central Illinois-specific pronunciations he has studied of late, "would be surprised how often words that they're sure they know how to pronounce aren't pronounced that way at all.”

Have you caught up with the craze yet?

If you listen to either The New York Times or Wall Street Journal daily audio editions or any of the nearly 50 books he’s read aloud, you’ve already heard Sellon-Wright.

He’s becoming an old veteran of a new age.

Mellow-toned, smooth, calm but with exasperation (“Save my babies! Oh my God!”) when needed, his voice is now becoming heard in this area, too … as audiobook reader of the new book by Pantagraph reporter Edith Brady-Lunny and already-best-selling author Steve Vogel — “The Unforgiven" — on the life and case of Amanda Hamm.

We all learned to read in first grade.

Then he finished schooling, moved on to a career in IT and then also acting. California-based, his acting resumé spans a variety of TV, from “Seinfeld” to “Mad Men” to “NCIS” to the latest season of “Shameless” on Showtime.

And now, fully in his 60s, an age when everyone else is readying to retire and lean back in a chair to read to themselves, Sellon-Wright is going into a specially built, soundproof studio in his own home to read to everyone else.

Audiobooks? Keith Sellon-Wright knows what you're thinking … it must be easy, right?

But, have you ever noticed how you instantly correct those on The Weather Channel or national news when they mispronounce the name of your city, or town, or a specific person?

“A mispronunciation," says Sellon-Wright, "takes that listener away from being engrossed in the book and credibility is lost.”

Thus, he subcontracts a person in advance of a read to sleuth out all the names and pronunciations of a specific area, sending back pronunciations the way you see them in a dictionary (dik-shə-ˌner-ē).

Another issue is an accent.

“I've heard horror stories of narrators not noticing until page 250 of 300 that a main character has an Irish accent. That means tons of going back, finding the audio and having to re-record it.”

Inflection is yet another.

In the Brady-Lunny/Vogel book as an example (it’s the true story of Hamm, her then-boyfriend and three young children in the back seat of a car that in 2003 slipped into Clinton Lake, leading to trials and this question: horrible accident or murderous plot?), Sellon-Wright says he had to go back and re-do.

“Generally in non-fiction, you don't add too much 'acting' — you let the listener do the work,” says Sellon-Wright. “But after listening to the rather dispassionate way I had recorded Amanda Hamm in my first passes, it just didn't feel like I gave the urgency of those sections their due.”

Audiobooks have been around since the 1930s. In the 1980s and ’90s, the medium began to attract retailers.

Now, with earbuds, mobility and busy times, being able to "read" a book while exercising, driving, doing the laundry, etc., etc., is what Amazon is calling "the future of a love of reading in the multi-tasking 21st century."

And Sellon-Wright as a reader?

Vogel wrote what would become a New York Times best-seller — "Reasonable Doubt," about the 1983 Hendricks family murders in Bloomington — and it eventually became an audiobook, too.

“I was given the choice of several narrators and chose Keith, essentially for his natural voice quality and pacing," says Vogel. "After the fact, I was impressed by how much effort he put into making sure pronunciations were correct and his ability to effectively employ subtle, yet distinctive, non-distracting voices for various characters."

"So," adds Vogel, "when it came time to select a narrator for 'The Unforgiven,' we insisted on Keith.”

Whose last name, by the way, is pronounced “sĕllin-rite."

And, thanks for reading this. Even without him reading it. 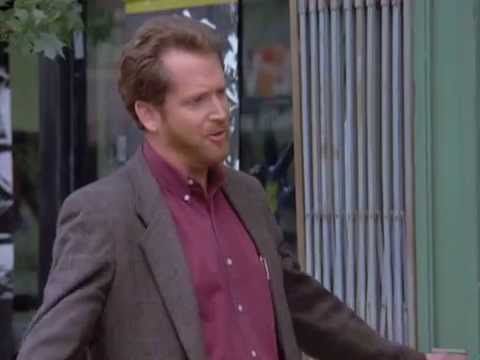 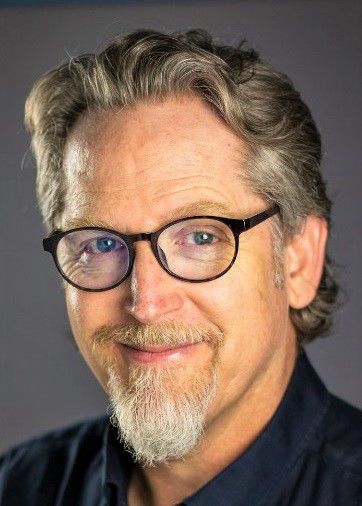