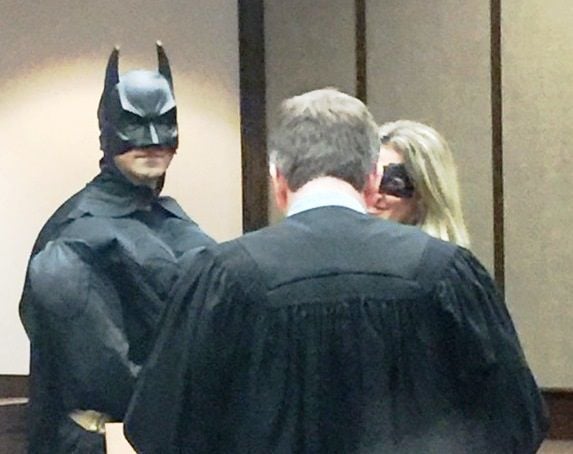 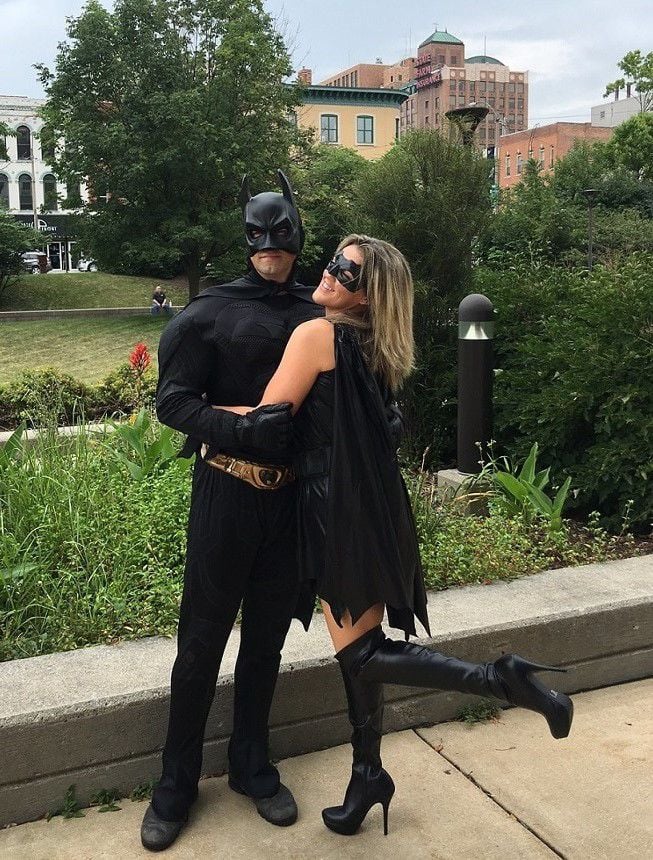 The dynamic duo, at L&J. 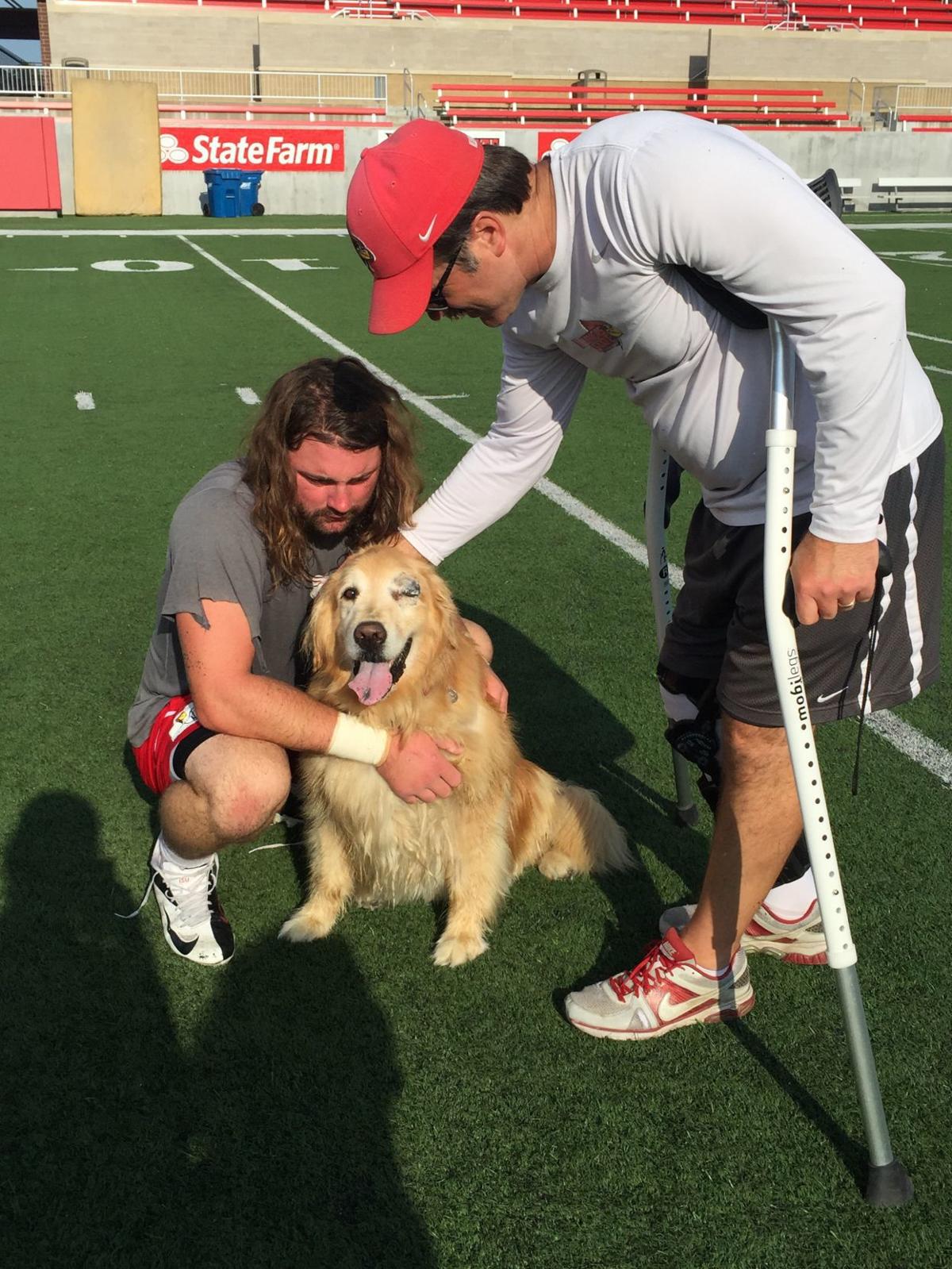 The Spacks, Brent and ISU Coach Brock Spack, with Chase one last time. 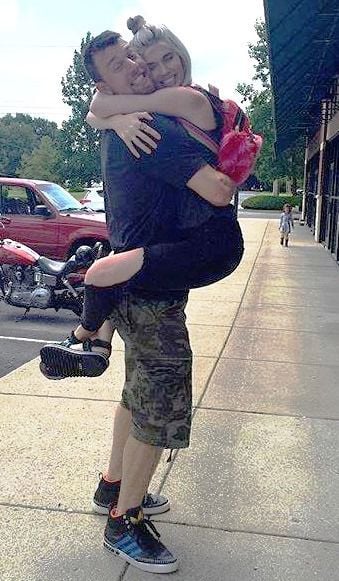 Ben and Julianna Zobrist, both out of uniform. 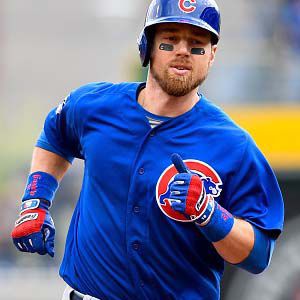 Ben Zobrist in his work clothes.

Prior to a couple heading to the courthouse to be wed by a judge, it’s not unusual for a phone call to the McLean County Law & Justice Center. That’s when the couple will ask, “What’s the dress code for a courthouse wedding?”

That happened again the other afternoon.

And then occurred a first.

Batman and Batwoman showed up.

“What's the old saying? ...” McLean County Associate Judge Brian Goldrick was saying. “No one has ever seen me and Batman in the same room, so it's possible I might be Batman ... “

Yes, with Goldrick reciting their vows — good-naturedly even downloading the original “Batman” TV theme on his cellphone so it could play as the couple entered his courtroom — Jamie “Coach” Oliver and Shannon Eagle, of Normal, were wed the other afternoon … in full Bat garb.

As attendees, three of their children, one his, two hers, were there, too, all in Bat attire as well.

“Coach has always loved Batman … it’s his favorite super hero,” says Shannon. “And I have always loved the premise of a real person doing extraordinary things to help others. So we thought it would be fun (to marry) that way. And just how wonderful of the judge to even play the music!”

As they wed, secretaries snapped pictures. (Teresa Compton snapped one here.) Courthouse workers stood to watch or craned to gawk. Meanwhile, usually the only one in the room in a robe, Goldrick was surrounded by an entire band of caped crusaders.

Said the judge: “After they were married, I said to my court clerk (John Nafziger): 'Alfred, get the Batmobile.'"

Goldrick, of course, was joking. But then, sure enough, as those there watched the dynamic duo leave the justice center and drive off, they noticed the newlyweds, in fact, did pull away in a black car — complete with a white stripe down the side.

... unless, of course, that was the fiendish work of the Riddler or the Joker.

Sadly, Chase no more: Not been the best of summers for Brock Spack, the coach who in seven seasons has taken Illinois State University's football team from middle-of-the-road to one of the country's best.

In July, while water-skiiing, he ripped up a hamstring in a leg.

Underwent surgery. Been on crutches since. Not easy to run on a field when your right leg is a momentary club.

But sadly, that now also has moved down to second place in Brock Spack's Sad Moments of Summer '16 list.

As regulars of this space might recall from a story here a few months ago — accompanied by phenomenal pictures by Pantagraph photo editor David Proeber — Spack is a dog lover, a man's-best-friend kind of guy. That's especially so of Chase, the Spack family's beloved golden retriever who went to team practices, greeted Spack house guests at the door and last winter caused some harrowing moments, too, when an irritation developed in an eye that was diagnosed as cancer. That caused the eye to be removed and Aimee Spack, the coach's wife, to then lovingly call Chase "our one-eyed pirate."

The problem returned a few weeks ago.

The Spacks took Chase to an animal hospital at Purdue (their collegiate alma mater) where radiation was administered.

But it could not overtake the disease.

Thus, one evening last week, as the Redbirds worked out on the Hancock Stadium turf for a season that begins Sept. 3, Chase went to a final practice, in what Aimee called "the end of his bucket list ... to run on the field one more time." (A photo of Chase, on his final romp, appears on the Flick blog today.)

The next day then, the Spacks endured that long, most awful, final ride to the vet.

Autumn, the Spacks are confident, will be better.

Who knew it was them? Ever noticed how people you are used to seeing in their work clothes look different, almost unrecognizable, when one day you see them out of the workplace, in casual wear?

Like, the other afternoon when a guy had a day off from work and surprised his wife by flying to see her where, as she puts it on Facebook, “after 10½ years, we’re supposed to have moved past romantic gestures and koala-bear tackles but that hasn’t happened.”

Those who witnessed the rendezvous might not have even recognized the man, now in shorts, tennies and an untucked T.

You stumped by those two in the picture? That’s Julianna Zobrist, a Nashville-based Christian music singer, and her husband, Ben, the former Eureka High star who these days is an all-star infielder for the Chicago Cubs.

The Cubs, of course, are a team that has not won a World Series in more than 100 years but, thanks to new players like Zobrist, when in uniform, hope to challenge that spell.

Question: In which month of the year will you have the hardest time finding a seat at a Bloomington-Normal restaurant? (a) July; (b) December;…

Flick: Miss own funeral? It can happen ...

You’ve probably heard the line, “He’s so busy, he won't make his own funeral.”

Flick: Going pants-less when it's too hot?

FLICK LITE. Our latest listings, as offered by the readers and your own resident Lite Boy:

The dynamic duo, at L&J.

The Spacks, Brent and ISU Coach Brock Spack, with Chase one last time.

Ben and Julianna Zobrist, both out of uniform.

Ben Zobrist in his work clothes.