NIANTIC — A group of farmers who met with U.S. Sen. Dick Durbin on a Macon County farm Friday morning expressed frustration and concern with the combined impact of the ongoing trade dispute with China and weather that delayed planting and is threatening yields.

About 18 active and retired farmers met for a round-table discussion on the Leonard family farm outside of Niantic.

“I can't remember a more challenging time since I've been looking at federal farm policy,” said Durbin, a Democrat from Springfield who has served in Congress since 1983 and has been in the Senate since 1997.

President Donald Trump has announced additional tariffs that will take effect Sept. 1 if the dispute is not resolved.

Durbin said, “I hope it never reaches that point.” But Adam Nielsen, director of national legislation and policy development for the Illinois Farm Bureau, said, “There's no end in sight” to the trade dispute.

This comes on top of a rainy spring that delayed planting followed more recently by drought conditions in many parts of the state. The U.S. Department of Agriculture declared an agriculture disaster in all 102 Illinois counties.

Edward Leonard Jr., who farms the property, said, “It looks bleak … especially with the way the crop is going.”

Although it is too soon to predict what yields will be, he said, “it's not going to be a bumper yield.”

Robert Klemm of Waynesville said there is still a lot of development time left, during which crops could recover — or get worse.

The month of August and early September is “make or break” time for soybeans.

Some beans were planted more than a month later than usual and “when you have a late crop, that's extremely more vulnerable” to an early frost.

Ed Leonard Sr. said “the last time we planted this late” was 1974 and then there was an early killing frost.

One farmer attending said, “I'm ready for this crop season to be over” and said the only thing “keeping me sane” is crop insurance.

That insurance, along with the Market Facilitation Program for farmers hurt by the trade dispute, are crucial, several farmers said.

“MFP payments are very much needed, very much appreciated,” said Klemm, but there is a lot of frustration because of uncertainty about what the payments will be and how long the dispute with China will continue.

Mike Stacey of Niantic, Macon County Farm Bureau president, said although the Market Facilitation Program is helpful, “farmers would rather get their money from the market, not the government.”

Durbin said, “I think the president has backed himself into a corner and he's not one to admit he was wrong.”

However, noting that an election is coming up, Durbin suggested that if Trump gets on the ground in states such as Iowa and listens to farmers, he might change his approach.

Durbin said he is not opposed to Trump confronting China for its actions in manipulating currency, stealing technology and ignoring intellectual property and patent protections.

However, those bad practices were not seen on the agriculture side, yet farmers are “the first to be hit, the first casualties” in the trade war.

BEIJING — China lowered the trading range for its currency for a fourth day on Thursday, showing its potential for use as a trade weapon again…

CLINTON — As a DeWitt County farmer keeping a close eye on his corn and soybeans, Terry Ferguson probably speaks for most as he examines this …

BLOOMINGTON — As U.S. Sen. Dick Durbin prepared to walk in Bloomington's Labor Day parade Monday, he spoke briefly with The Pantagraph about a… 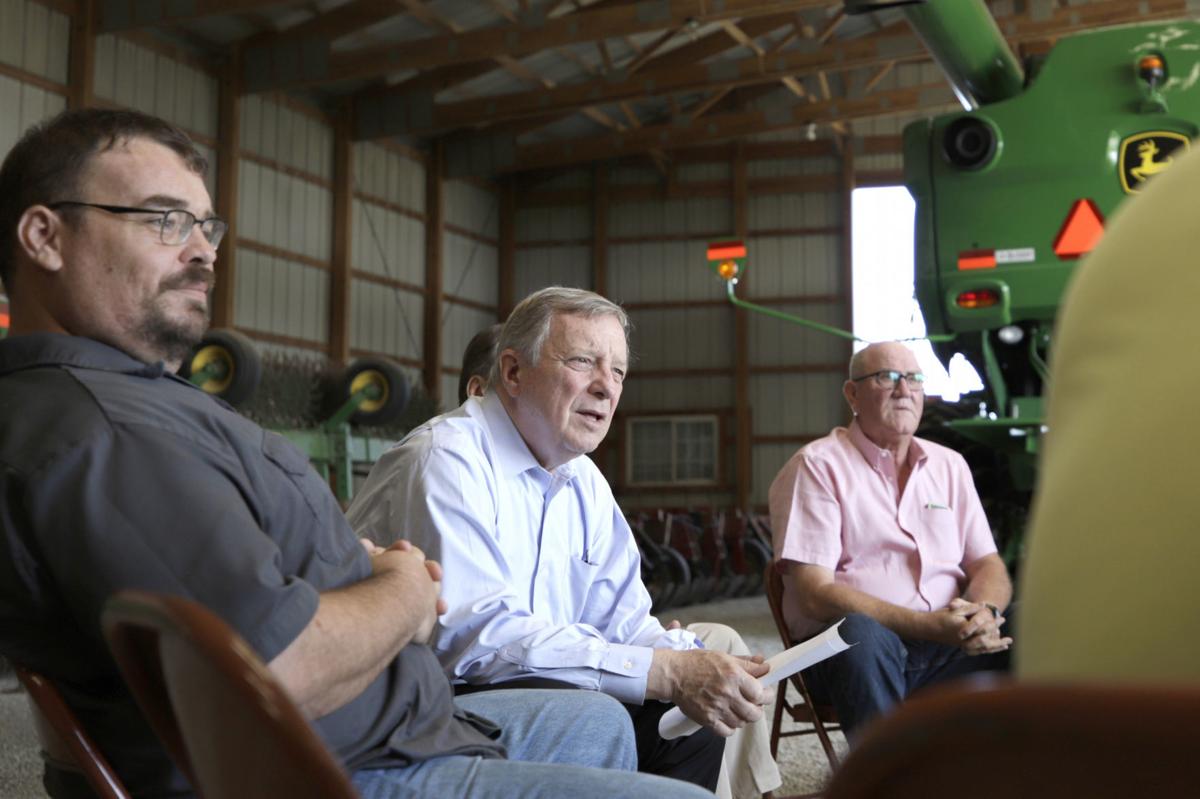 U.S. Sen. Dick Durbin, D-Ill., center, talks with farmers in Niantic on Friday, Aug. 9, 2019, about how bad weather and the trade dispute with China are affecting their prospects this year. 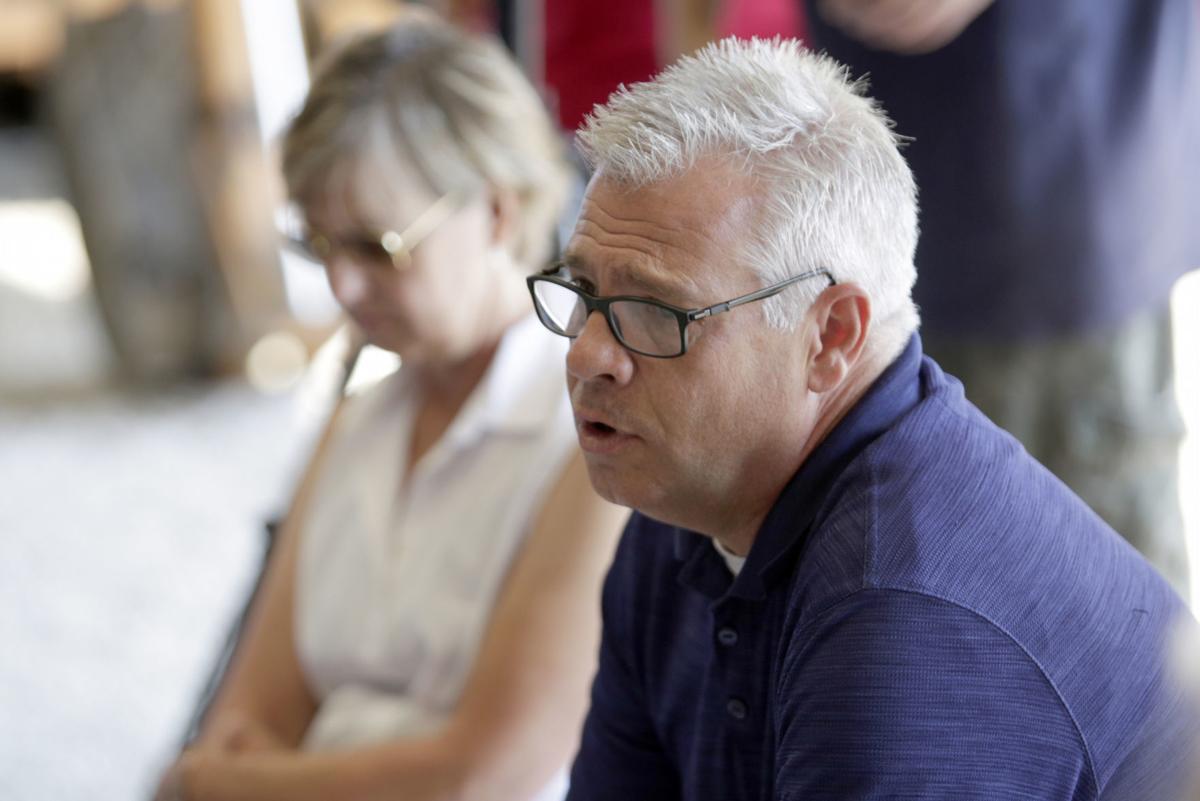 Adam Nielsen, director of national legislation and policy development for the Illinois Farm Bureau, talks during the meeting Friday, Aug. 9, 2019.