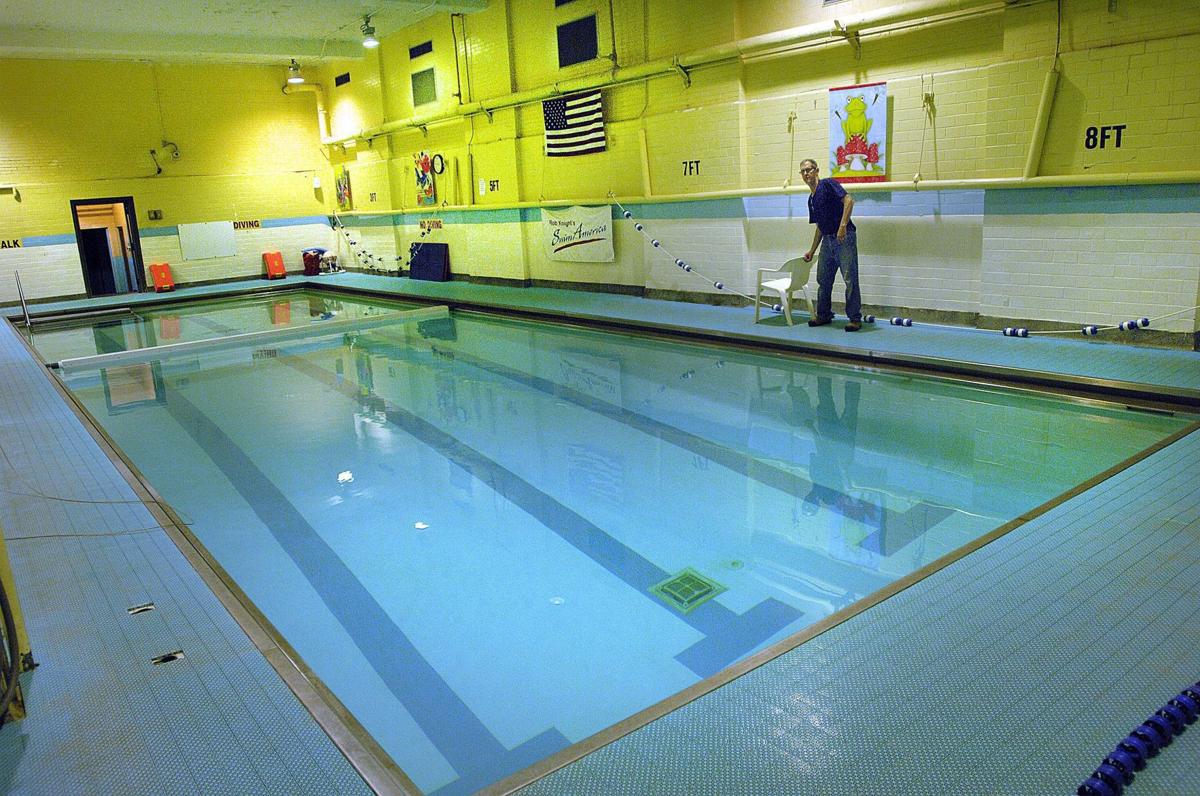 Rob Knight keeps up the 100-year old swimming pool in the basement of the former Bloomington Junior High School building, Aug. 17, 2016. The pool was one of the first built into a high school in the state of Illinois and will remain a part of whatever development becomes of the building, Knight said. 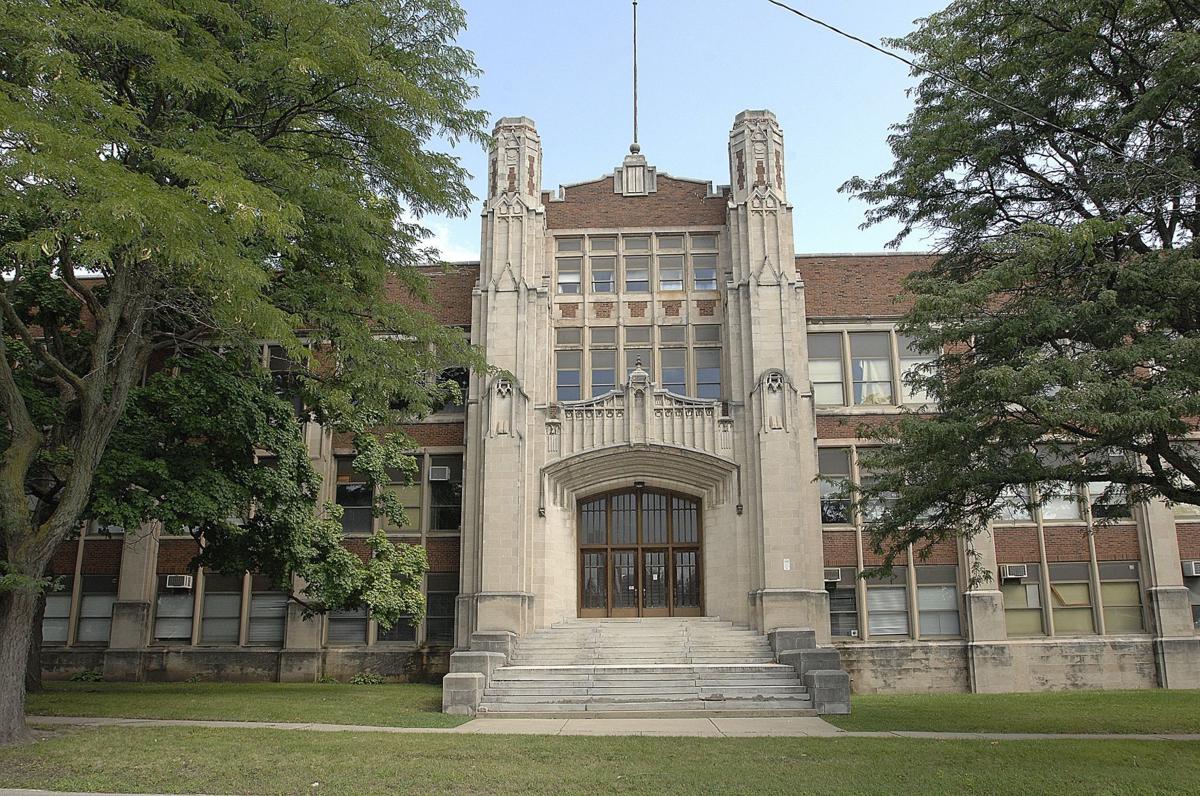 The former Bloomington Junior High School building was designed by architect Arthur Pillsbury. The building is still structurally sound but will require some updates and restoration to attract new clients. 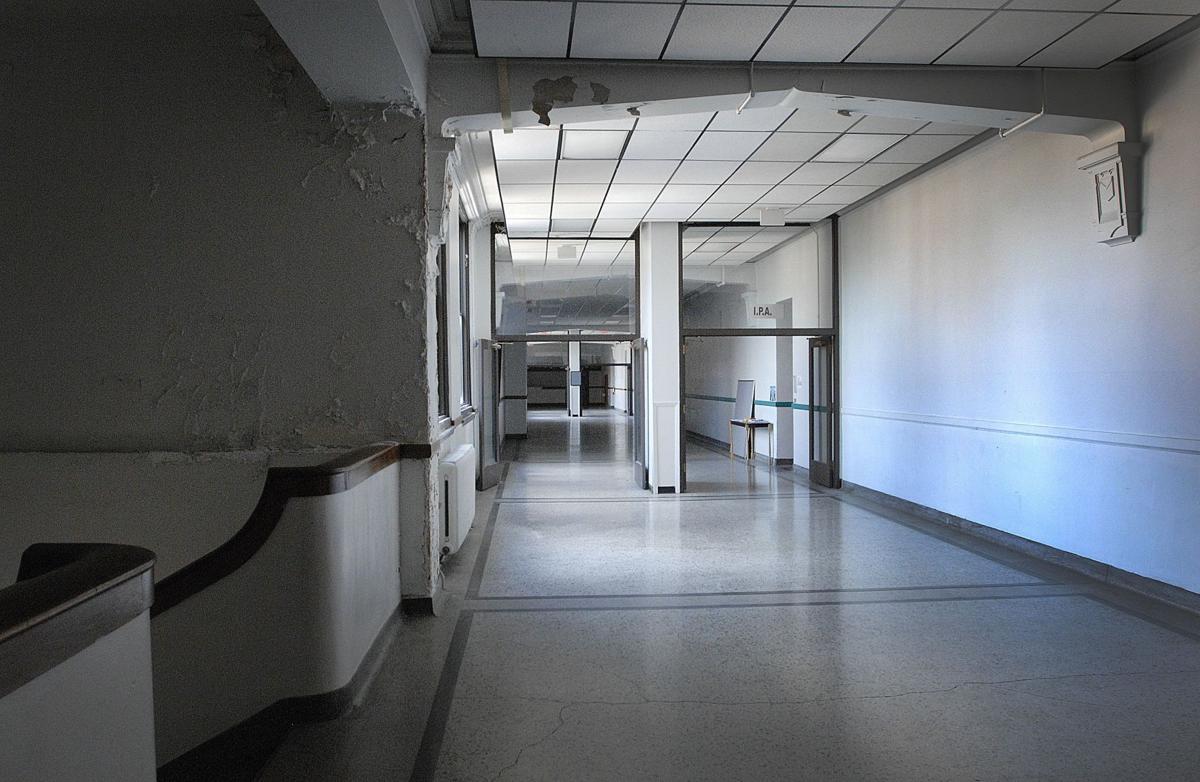 While the upper floors of the former Bloomington Junior High School building need some restoration work, tenants agree they could be the basis for a complex of new condominiums.

BLOOMINGTON — A 100-year-old former school building near downtown could see yet another transformation in the near future — this time offering affordable apartments for senior citizens.

Washington Square East, at 510 E. Washington St., has been sold to Iceberg Development Group LLC of LeClaire, Iowa, according to documents filed with the McLean County Recorder's Office.

Iceberg paid $400,000 for the former Bloomington Junior High School building, according to the documents.

The building was constructed in 1915-16, first to house Bloomington High School, and then used as the junior high, starting in 1959. In 1992, Bloomington District 87 sold the property to brothers Chip and Scott Henrichs, who developed the former school into a site that still houses a mix of businesses.

While there are no definite plans yet, Iceberg owner James N. Bergman said Tuesday his development company is looking at converting the second and third floors into apartments for those 55 and older.

About a dozen or so commercial tenants in the building are being asked to stay, but some may have to relocate from the upper floors to the main floor.

"There is a management company involved, and we are going to try to relocate everybody so they are closer to each other," said Bergman.

"I'm excited. Finally some of the uncertainties are out of the way," said Jeff Schwartz, a financial adviser with Ameriprise Financial Services, which has an office in the building. "From what we've been told, they are going to have businesses on the bottom floor so we don't have to move. We like that."

Rob Knight, a 25-year commercial tenant of the building, rents the pool, among the first ever built by an Illinois high school, where he operates a business offering swimming lessons.

"If we develop it, he can continue what he is doing and if there are tenants who want to use the pool, they will be able to do that as well," said Bergman.

"We're thrilled in having a new owner who is interested in rehabbing the building and taking care of the building properly and fixing it up," said Knight. "We're looking forward to working with the new owner. We look forward to operating the pool and making that available to new tenants."

Bergman said he learned of the Bloomington building through a colleague who was acquainted with Jeff Giebelhausen, an East Peoria commercial real estate broker who represented Iceberg in purchasing the building from Busey Bank. Giebelhausen could not be reached for comment Tuesday.

"A colleague of mine knows him, and we were just talking about looking for another historic rehab to do and this just came up somehow," said Bergman.

"It's a beautiful building, and I think it would make a really nice elderly housing complex," said Bergman, adding that is primarily the type of development he does.

"It's an exciting project because a great, old historic building is being preserved," said Renner. "Both of my kids went to nursery school and kindergarten in the old Blooming Grove, so I love that building," he added, referring to Blooming Grove Academy that used to be in the building.

Bergman, a former attorney, said he's been doing real estate development since he quit practicing law in the late 1990s.

He has developed about 60 buildings in eight to 10 states throughout the Midwest, he said.

Bergman was among a trio of development partners who were sued in 2014 by the Washington, D.C.–based National Fair Housing Alliance, the HOPE Fair Housing Center in West Chicago and Winnetka-based Open Communities.

Bergman said the lawsuit has been settled with the three groups that asked a federal court in Chicago to compel the development partners to improve accessibility for those with disabilities at about a dozen senior housing apartment complexes in Illinois and Iowa.

"Those were all new construction buildings and they allegedly all had issues that violated the Fair Housing Act, which I disagree with even today," said Bergman. "It wasn't a discrimination case against me or anybody else involved.

"It was over architectural barriers," he added. "I didn't do anything wrong. It was something that my architects missed or my contractors just didn't build it according to plans. It was all fairly minor. It all got resolved."

Stakeholders weigh in on downtown revitalization

BLOOMINGTON — Marlene Gregor went to a downtown restaurant, Anjou Above, Thursday night in hopes that dialogue at a city-sponsored workshop wo…

BLOOMINGTON — While it will be several more months before the new Washington Senior Apartments are ready for occupancy, a list of potential re…

2 projects will add more than 100 affordable apartments in Bloomington

As the finishing touches are made to the Washington Senior Apartments near downtown Bloomington, another developer plans to break ground next month on the Lincoln Lofts in east Bloomington.

Rob Knight keeps up the 100-year old swimming pool in the basement of the former Bloomington Junior High School building, Aug. 17, 2016. The pool was one of the first built into a high school in the state of Illinois and will remain a part of whatever development becomes of the building, Knight said.

The former Bloomington Junior High School building was designed by architect Arthur Pillsbury. The building is still structurally sound but will require some updates and restoration to attract new clients.

While the upper floors of the former Bloomington Junior High School building need some restoration work, tenants agree they could be the basis for a complex of new condominiums.