NORMAL — A kaleidoscope of colorful artificial “rocks” are making a mountain out of a former grocery store.

The “mountain” is The Proving Ground bouldering gym at 1503 E. College Ave., Normal, former home of Naturally Yours Grocery, which closed in 2015. The site earlier was a portion of a Jewel-Osco store.

The bouldering routes — or “problems,” as climbers sometimes call them — will be spread over 6,500 square feet of textured walls 12 to 18 feet high, with special squishy padding that is a foot thick to cushion any falls, explained managing partner Chris Majerczyk of Bloomington.

Bouldering is “unroped climbing with a high degree of safety,” explained Dr. Barry Weaver, a retired Bloomington pediatrician and climber who is a partner in the venture, along with his wife, Marge.

The gym is still under construction but a grand opening is scheduled for March 8.

Majerczyk decided to open the gym after years of working as a geologist for Caterpillar.

“Being a climber for nearly two decades now, it's been a very enjoyable activity for me and I've made some enduring friendships,” said Majerczyk. “I wanted to share that experience with others.”

It brings people of all ages together, he said, recalling his early days of climbing with Weaver and Weaver's son, Ross. Majerczyk was a college student at the time and Ross was in junior high. Despite their different ages, the three of them bonded over climbing.

A little over a year ago, Weaver sent out his annual holiday letter to family and friends, mentioning he was planning to retire. He somewhat jokingly asked if anyone had any ideas for what he should do next. "Then Chris called," said Weaver.

Majerczyk and his wife, Jaimie, also a partner in the venture, have two sons, ages 5 and 9, who both climb.

The “family element” is one of her favorite things about climbing, said Jaimie Majerczyk.

While it is easy to find things to do with very young children, it is more difficult to find shared activities when they get older, she said.

With climbing, she said, families “are able to do something at the same time instead of watching them do something.”

Weaver climbed with his two daughters in addition to his son.

“During the tense teenage years, it kept me connected with my kids in a close, positive way,” he said.

It also was good for them to be around supportive young people older than them and other adults, he added.

Weaver said it's also a good activity for adults of any age, providing a workout for improving physical and mental stamina.

The gym is designed to provide challenges for experienced climbers as well as beginners.

There will be a dedicated family/beginner section with a shorter wall and 10 stations with safety ropes that work automatically. There are also overhanging walls and “roofs” that will have climbers in body positions parallel to the floor.

The walls are 13-layer cabinet-grade wood with a gritty textured surface to provide grip for your feet between colorful handholds and footholds. The gym is being built by Massachusetts-based RockWerx, which was involved in the climbing wall at Evans Junior High School in Bloomington.

The gym has about 5,000 holds “from the size of a silver dollar to three times the size of your head,” said Weaver.

There also will be a training area, lounge and multipurpose room that can be used for birthday parties and corporate events.

Day passes will be $18 and $14 for ages 10 and under. A family day pass will be $60 for up to four people from the same household. There also will be 10-visit punch passes, monthly and annual memberships. More information is available at www.tpgbouldering.com.

Neither gravity nor age keeps climbers down

BLOOMINGTON — Roger and Tod Jebe aren't just defying gravity at Upper Limits Climbing Gym, they are defying stereotypes of when someone is “to…

NORMAL — When Illinois State University President Larry Dietz said faculty, students and staff were “rising to new heights” this week, he was …

NORMAL — An improvised explosive device in Iraq took away Steve Baskis' eyesight in 2008, but it didn't take away his desire to explore.

BLOOMINGTON — You might say rock gyms are climbing to new heights. 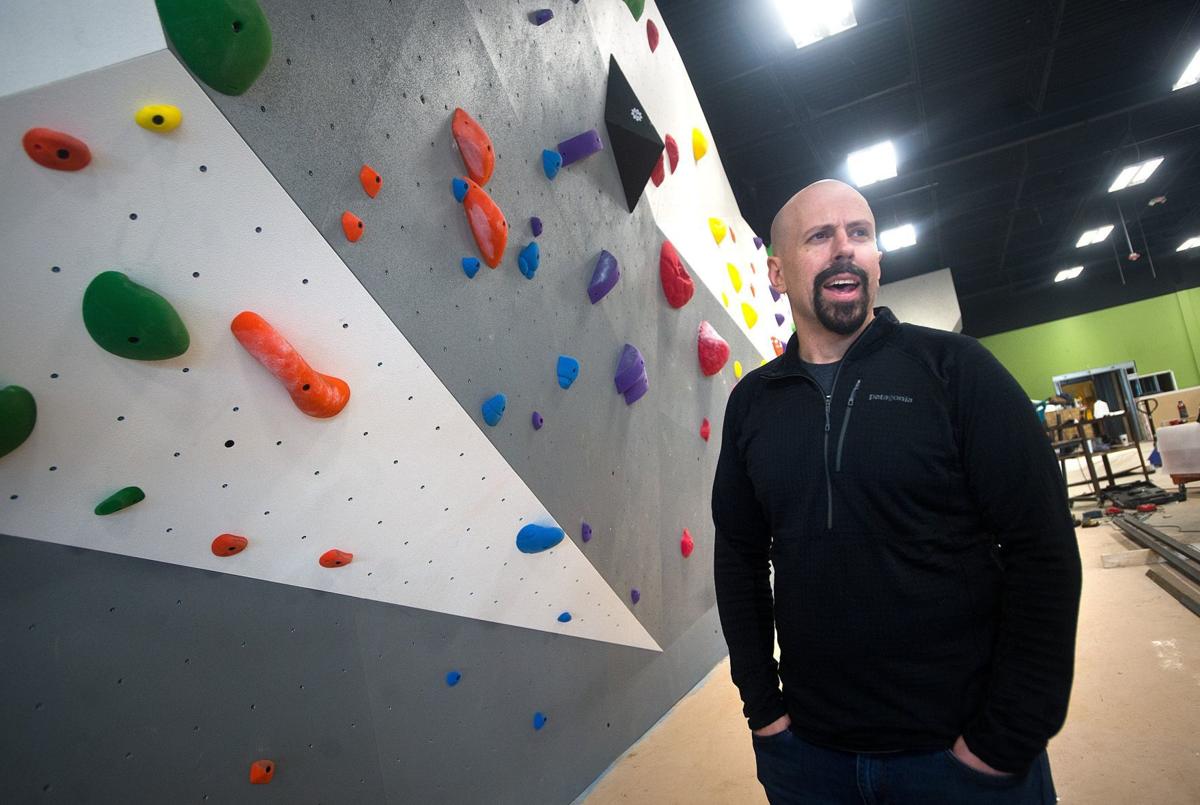 Chris Majerczyk looks over a climbing wall at The Proving Ground, 1503 E. College Ave., Normal. The bouldering gym is due to open in March. 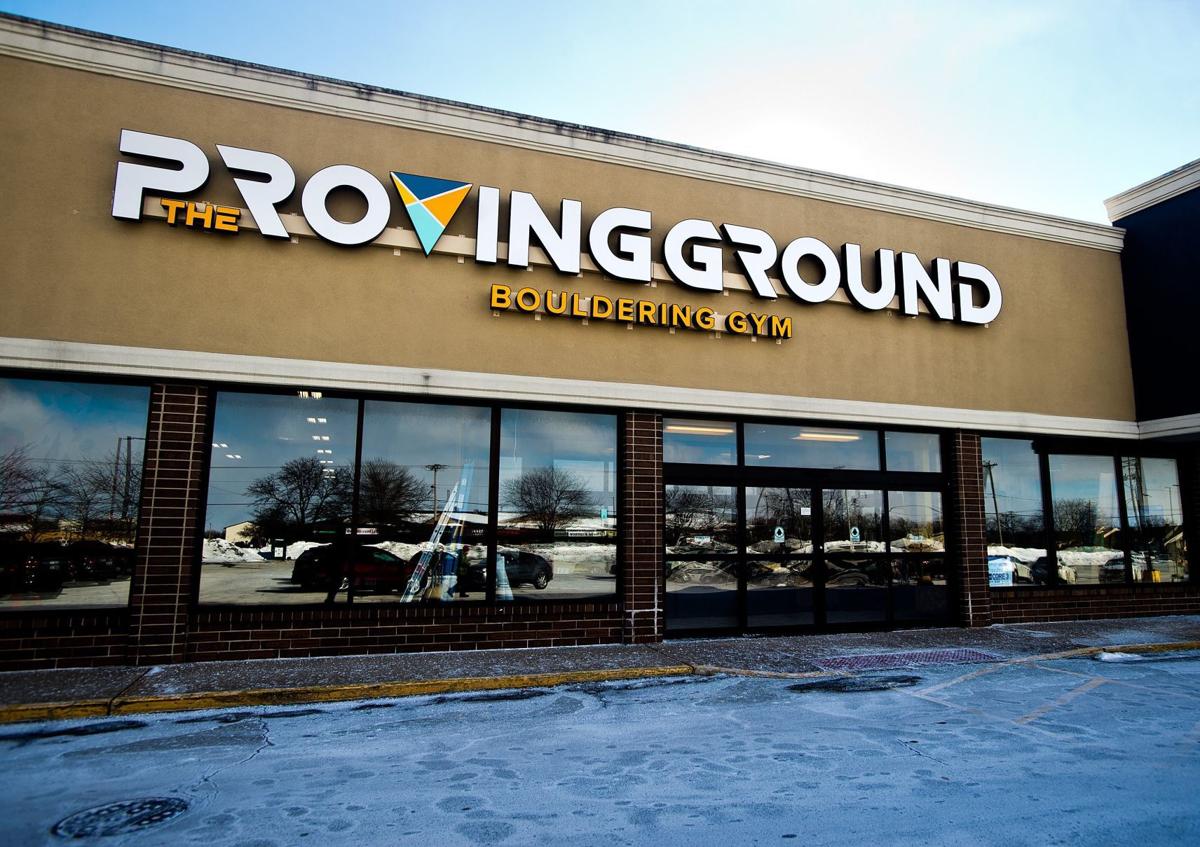 The Proving Ground is located in the College Hills Plaza and in the former spot of Naturally Yours Grocery, which closed in 2015. The site earlier was a portion of a Jewel-Osco store. 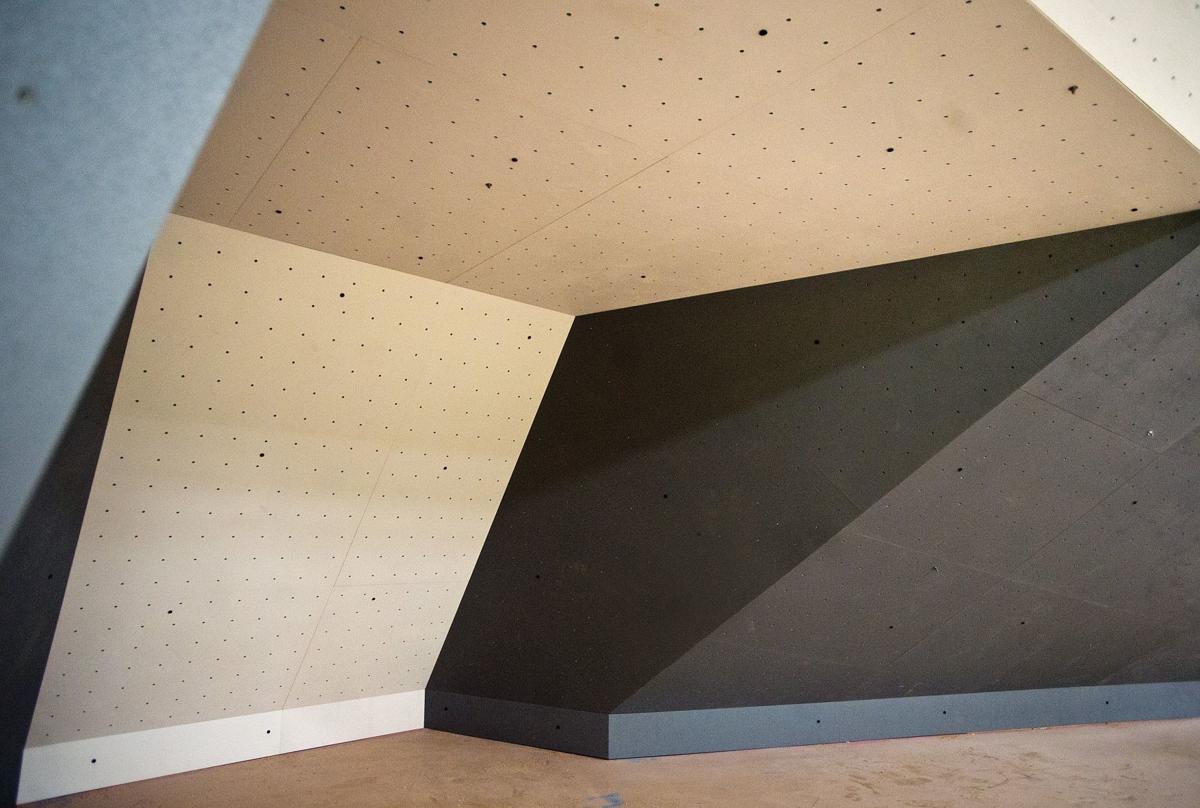