The opening comes less than a year after national cannabis retailer, cultivator and manufacturer Jushi Holdings Inc. in May opened a medical/recreational dispensary in Normal, the first in McLean County.

Both dispensaries operate under the Beyond/Hello brand. Medical patients can still use the Bloomington facility, but they will have to pay the notably higher recreational tax rate.

It's official. The first adult-use recreational cannabis dispensary in Bloomington, and @wearejushi's second dispensary in McLean County, is open for business. https://t.co/JpCei8LC5r pic.twitter.com/KPxmDPkFph

"What we see here in the local community is the demand for cannabis," said Bryan Lloyd, vice president of retail operations. "Yes it's a small community, but also large at heart when you talk about the need and the want [for cannabis]."

Lloyd said patrons can expect a focus on customer-spirit and experience, with budtenders available to offer advice and a consistent supply of cannabis products as they navigate the retail space.

Initial reviews from customers were positive.

"It's never like a bad moment in customer service. Everybody has good, positive attitudes," said Tyler White, 26, of Bloomington. "They have some pretty good strains here."

White, a recreational customer who left the dispensary with two types of flower, said it is a more convenient location for him than Beyond/Hello's Normal dispensary, 501 W. Northtown Road.

"This location might be more busy than the other location," White said. "But it's a good source, and especially around here it's kind of hard to find recreational [cannabis]."

It has visibility and accessibility from the heavy-traffic North Veterans Parkway, offering a chance to contribute to the economic health of the retail, dining and lodging corridor utilized by both Bloomington and Normal residents.

The company in May signed a 10-year lease for the 3,040 square-foot space, a converted former Slim Chickens restaurant. The Bloomington City Council approved the dispensary's special use permit in September.

Ward 5 Ald. Joni Painter said filling the empty building is "a good thing," after the fast food restaurant vacated it in March, and that "time will tell" on the lasting economic benefits provided by sales at the dispensary.

"I do know that liquor sales in the twin cities have gone through the roof, mostly due to COVID 19," Painter said. "I imagine cannabis sales will follow the same trajectory."

Tax revenue from recreational cannabis sales has been a stable source of cash for the state of Illinois and local municipalities through the coronavirus pandemic.

Through December, the state has collected more than $175 million in tax revenue from adult-use sales, according to the Illinois Department of Revenue.

In addition to its 2.5% home-rule sales tax, the city can also charge a 3% tax on each transaction at a dispensary. As of now, it's too early to say how much cash in the city's coffers will come from recreational marijuana sales.

Even still, the city can also depend on the dispensary as a stable source of revenue because it holds half the available special use permits to operate in within city limits.

It's official. The first adult-use recreational cannabis dispensary in Bloomington, and @wearejushi's second dispensary in McLean County, is open for business. https://t.co/JpCei8LC5r pic.twitter.com/KPxmDPkFph

City officials in 2019 capped the number of recreational cannabis dispensaries at two, prohibiting onsite consumption and all other types of cannabis businesses.

According to Lloyd, the limit is a "huge advantage" for the company.

"Having limited licenses around the area not just allows us to capitalize on the market, but really be the brand for the local community and go-to for the customer," Lloyd said.

The location will also be a major job creator. There are currently about 30 people employed, with plans to hire 10 to 15 more.

What is Illinois known for? Here are 9 things — good, bad and in-between

Watch now: Illinois cannabis sales have soared during pandemic. Here's how much.

Watch now: Bloomington recreational cannabis dispensary could open by end of the year

The first recreational cannabis dispensary in Bloomington city limits could open off North Veterans Parkway as soon as the end of this year.

Watch now: A year after legalization, cannabis sales are a 'new pot of money' for Bloomington-Normal. But where does it go?

A year after recreational cannabis was legalized statewide, and residents have been buying products locally, The Pantagraph examined whether Bloomington-Normal is rolling in the green, from sales of the green.

The Bloomington-Normal housing market is off to a strong start in 2021, sustaining the trend from last year, according to Mid Illinois Realtors Association data. 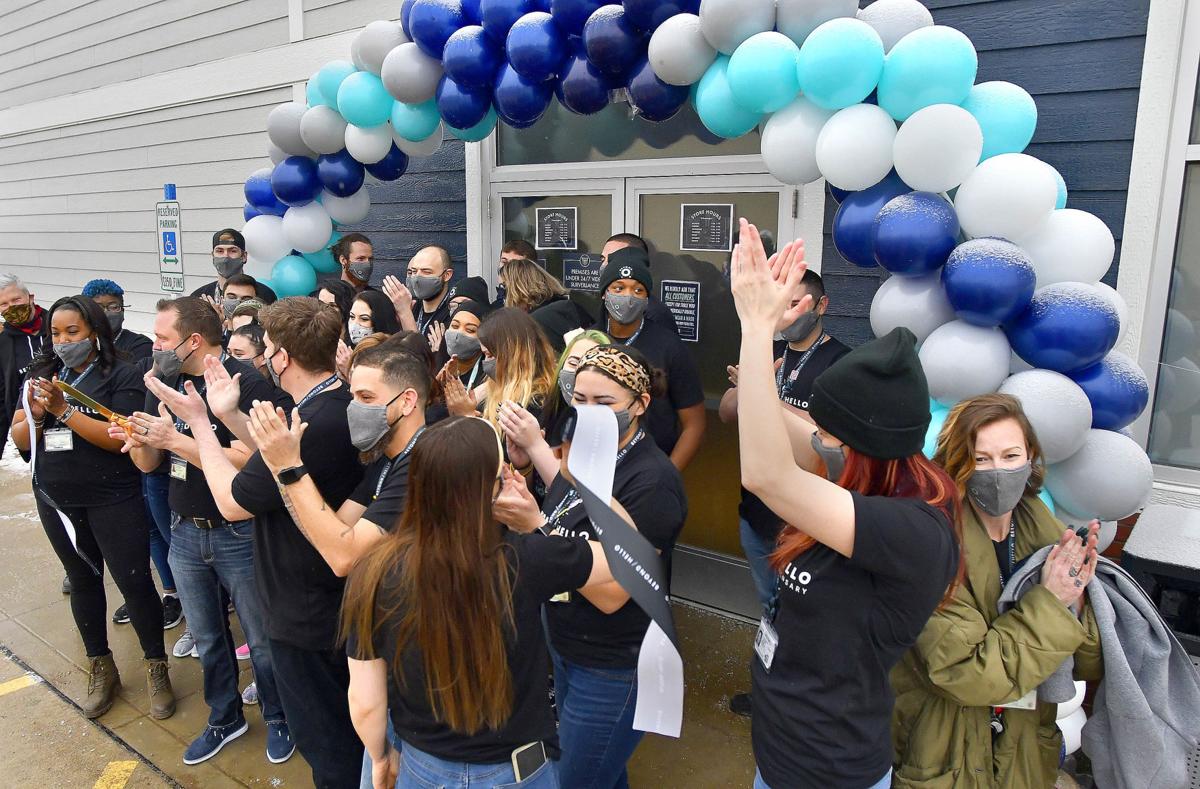 Beyond/Hello employees celebrate the opening of the cannabis dispensary at 118 Keaton Place in Bloomington on Tuesday.  See a video at pantagraph.com. 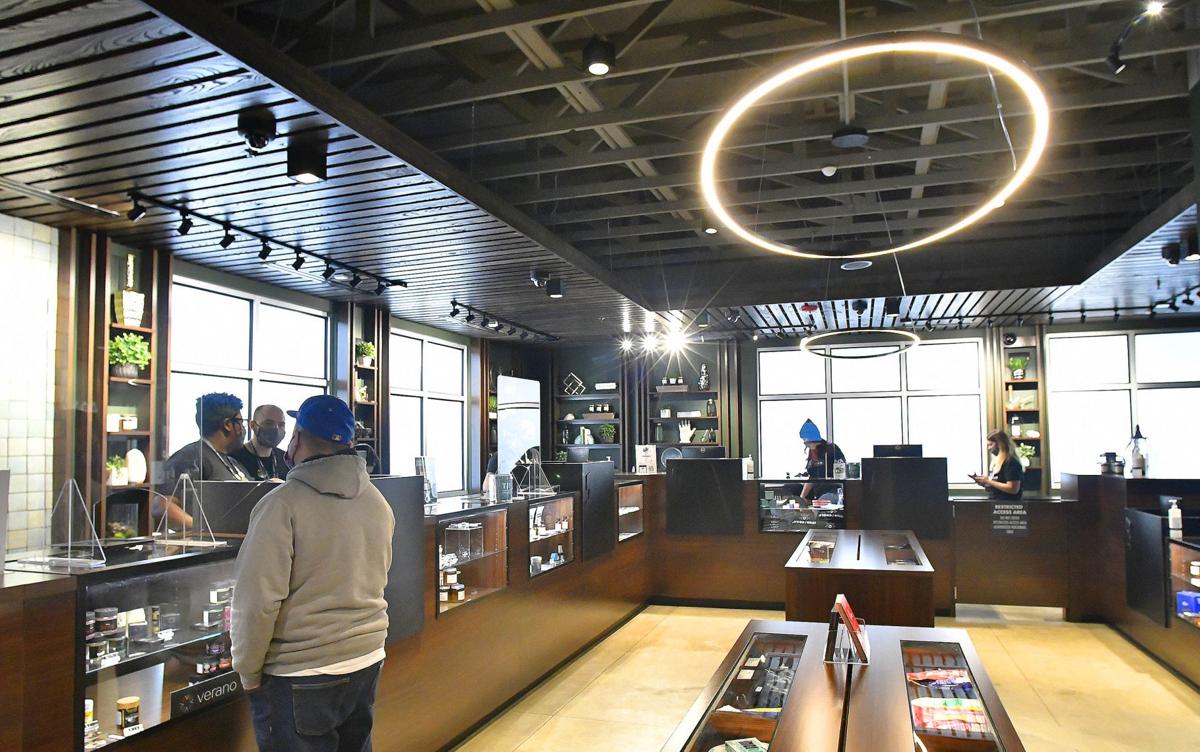 Customers purchase cannabis products at Beyond/Hello in Bloomington on Tuesday. A grand opening was held. 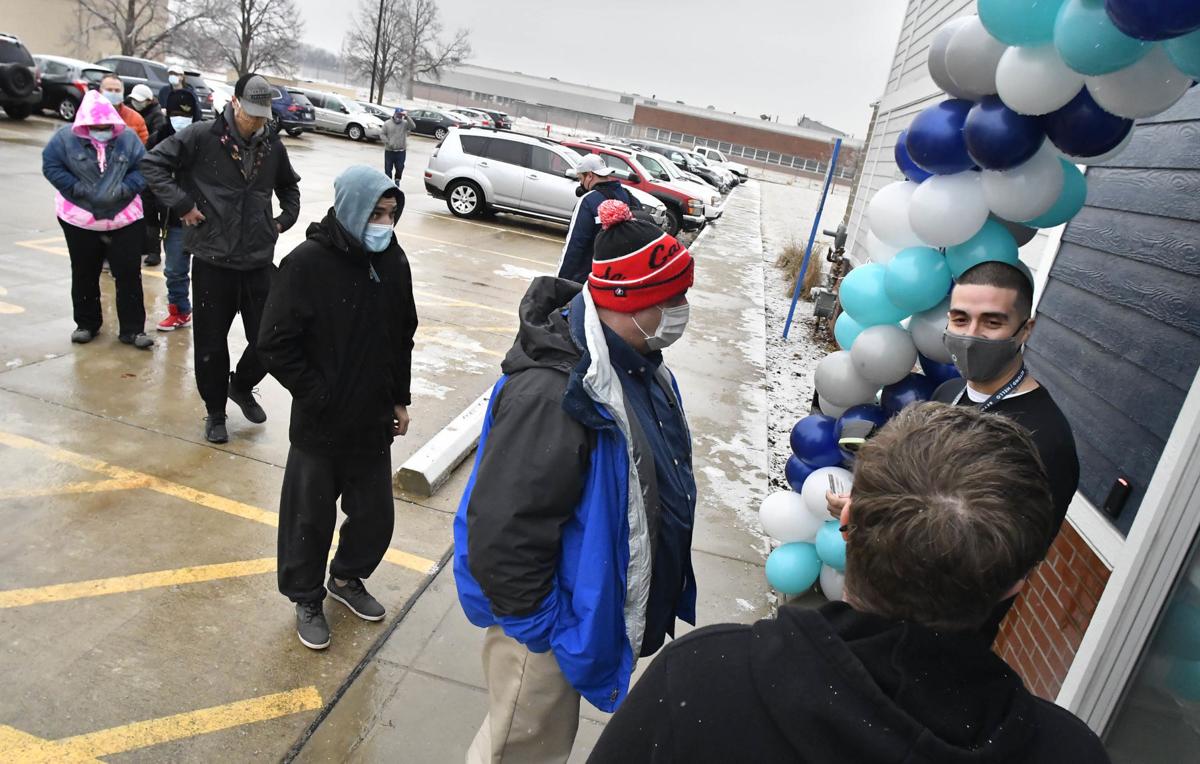 Customers line up for the opening of the new Beyond/Hello cannabis dispensary at 118 Keaton Place in Bloomington on Tuesday.