BLOOMINGTON — Molly Bradle wasn't sure how to replicate Rosie's Pub in an outdoor setting last summer.

After all, the downtown Bloomington bar and eatery's home was a century-old building that once housed Abe Lincoln's law office.

Fast forward to today, and the makeshift setup with tables and chairs borrowed from her brother-in-law has blossomed into a coordinated layout of outdoor seating options.

The temporary answer to a coronavirus-inspired culinary experience has turned into something else.

"We put a lot of thought into it," Bradle said. "We wanted to make it 'Rosie's, but outside.' I think it turned out really well."

Rosie's is one of at least 22 other Bloomington bars and restaurants and a dozen more in Normal that this summer are embracing outdoor dining as a regular fixture.

The development is one of the unexpected side benefits of coronavirus restrictions, which forced businesses large and small to adapt to unprecedented conditions. Given the steep economic losses, many businesses didn't survive for various reasons. But some did — and found new ways of doing business that have broader appeal.

"There are a lot of people who still want to dine outside," said Nicolas Canchola, one of the co-owners of Fiesta Ranchera Mexican Restaurant at 2103 N. Veterans Parkway in Bloomington.

His 150-person tent is in the parking lot.

"Now that we all have vaccines, it's not as busy as it used to be, but there are still some people who like to keep their distance," Canchola said. "Also, at night, it's a very unique experience. It's got some lights on the inside and the feeling is different."

Last year, as COVID cases surged, the state limited restaurants to only carry-out and curbside pickup. Eventually, those restrictions were eased as infection rates improved.

Along the way, municipalities adapted to the changes, offering leniency for businesses to erect tents and add tables to parking lots.

As Illinois prepares to fully reopen Friday, municipalities and restaurants are considering the future of outdoor dining.

In Bloomington, the city has approved outdoor dining area licenses for 14 downtown bars and restaurants and for nine others across the city.

Canchola said his tent, which has a wedding reception-like atmosphere complete with overhanging lights at night, was a huge help at the start of the pandemic when the restaurant could only serve carry-out.

The spring and summer session of outdoor dining officially commenced April 1, with the city installing jersey barriers, fencing and planters at participating establishments.

In May 2020, Normal implemented similar options for outdoor dining. Business could opt to extend dining services to parking lots and adjacent properties without added permit fees under certain regulations, such as no smoking and following state and local COVID-guidelines.

Fort Jesse Cafe, 1531 Fort Jesse Road in Normal, has placed six tables outdoors since the option became available. The popular diner is in an area that would have not been able to have outdoor dining if the town hadn't allowed restaurants to temporarily expand into parking lots.

"With the limited capacity inside, it's definitely nice to have that, if for nothing else, that overflow," said owner Abby Strader Bosenberg. "In addition to that, definitely when we reopened dine-in, there were a number of people who were still skeptical of eating indoors. That was a nice meeting point for them, that they could eat comfortably outside."

In addition to the parking lot options, Normal created new outdoor dining areas in uptown around various eateries and cafes. The town placed dozens of picnic tables on streets, cordoned off by barriers and rope, for people to dine at, said Mercy Davison, town planner.

The "dining pods" took place of the town's temporarily suspended parklet program in which businesses could obtain permits to build raised-platform seating areas in parking spaces in front of their building.

"I can’t imagine a lot of businesses would have chosen last year the expense of building a parklet when the town was willing to provide space and picnic tables for them," said Davison. "The area we have provided is bigger than a parklet.”

Now, town staff are discussing the future of outdoor dining, both for the dining pods and the parklet program.

"As we move out of the pandemic and traffic moves into uptown on foot and by car, we will have to talk about what is the future of on-street dining with more people coming to uptown," said Davison.

She added, “I can say as soon as they were available last year, we were hearing from people who were so grateful to have an environment where people could safely gather and support businesses that they really love."

Outside The Rock Restaurant in uptown Normal, Cora Elshoff, Amber Waninger and Alyssa Nourie were enjoying the outdoor seating provided by the town. They said the outdoor options are great because of the nice weather, and for people who aren't yet comfortable dining indoors.

"It's kind of hard to find places to eat, especially with COVID, where everyone is comfortable," said Elshoff, of Normal. "Outdoors, I think, is a really good option."

"I think we did a good job last year of making things beautiful, but we're gonna work to try to take that to a next level this year," Tyus said.

Rosie's is largely a manifestation of that mission, which Bradle said she was able to accomplish by applying for and receiving funding through the Targeted Development Loan Program, offered by the McLean County and Bloomington-Normal Economic Development Council.

Bradle earlier this year used the money to buy new chairs, tables and umbrellas. The outdoor dining area now features a collection of umbrella-covered high-top tables along the building's south sidewalk, as well as a section of café-style tables flanking its west side, on North Main Street.

"We used it to make the outdoors more appealing, more inviting," Bradle said, explaining she was a bit nervous investing in the outdoor experience because of the unpredictability of last year's dining seasons.

Ultimately, the gamble has paid off. Weeknight and weekend traffic have both increased since developing the outdoor dining spaces, Bradle said.

Most of the support for the restaurant and bar comes from regulars and professionals who work downtown, but business also comes from visitors who pass through the city, Bradle said.

"I think (outdoor dining) is really nice," Bradle said. "It just gives downtown a better atmosphere, it's more welcoming — that was the feeling we were going for."

26 Bloomington-Normal restaurants from years past

Chicago Mayor Lori Lightfoot had planned to allow bars, restaurants, hotels and sports stadiums to open to full capacity on July 4. Now she says the city is ready to join the rest of the state in lifting all capacity restrictions June 11. 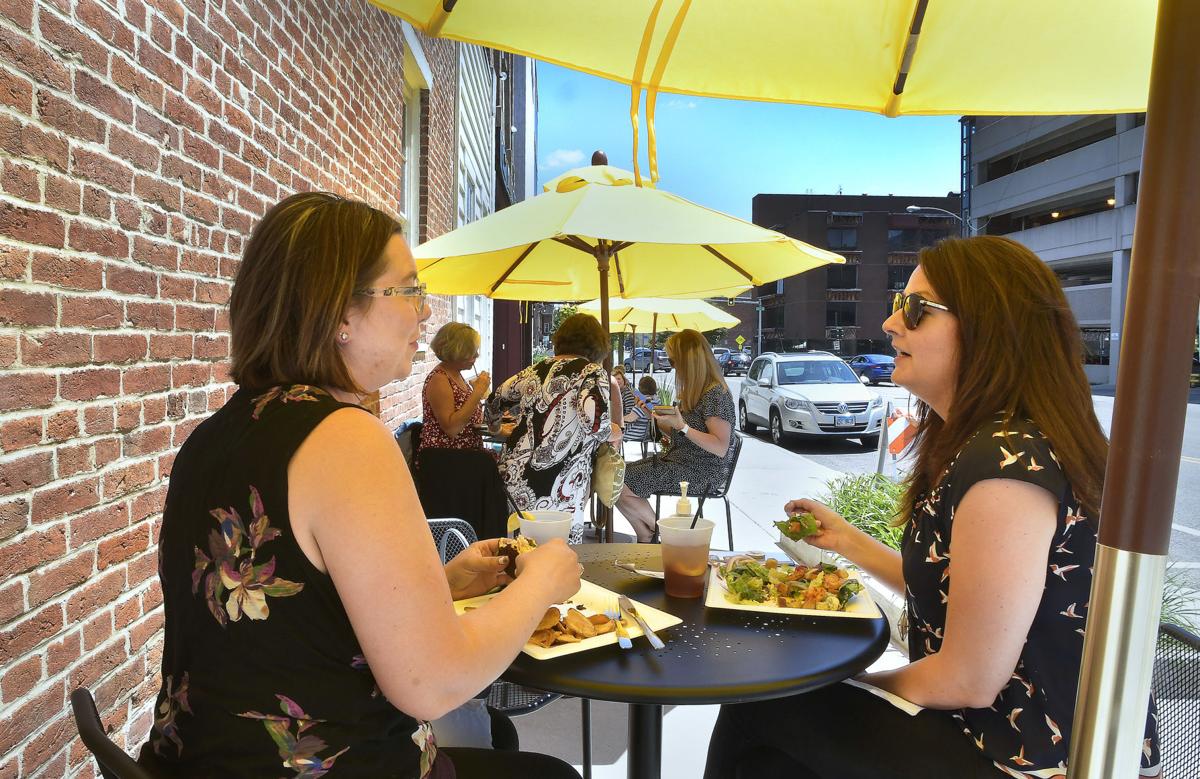 Heather Moore, left, and Kim Davis eat lunch at Rosie's Pub in downtown Bloomington on Thursday. COVID forced businesses to have outdoor dining. Some are keeping the seating. 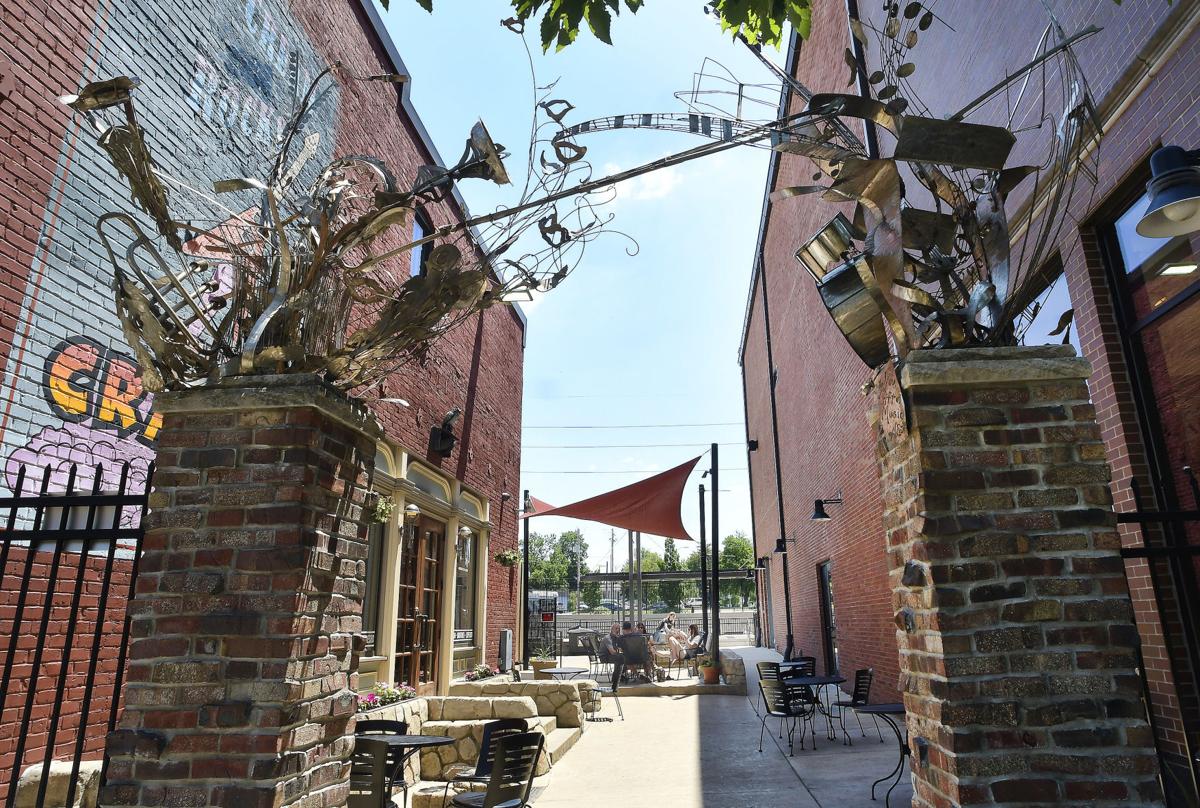 With Herb Eaton's "For you, a gift of music" overhead, diners gather outside Theo's Microcreamery, 107 E. Beaufort St., Normal, on Thursday. 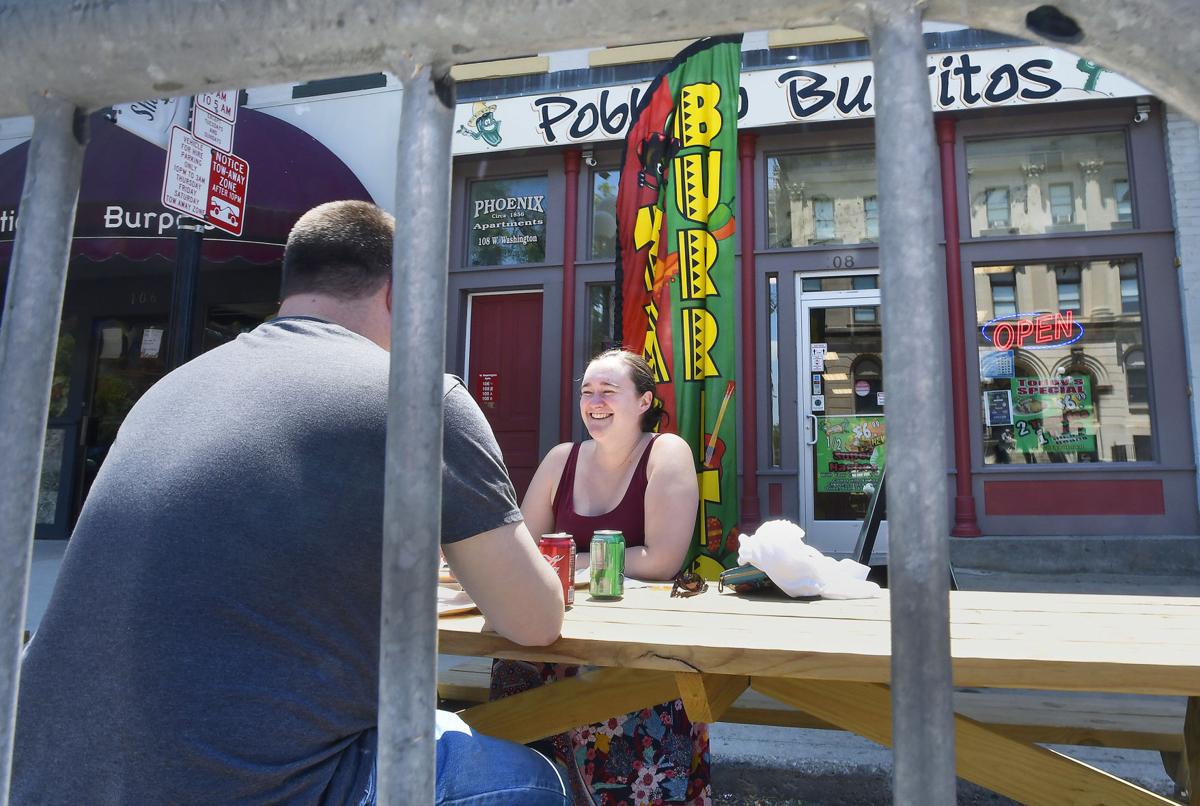 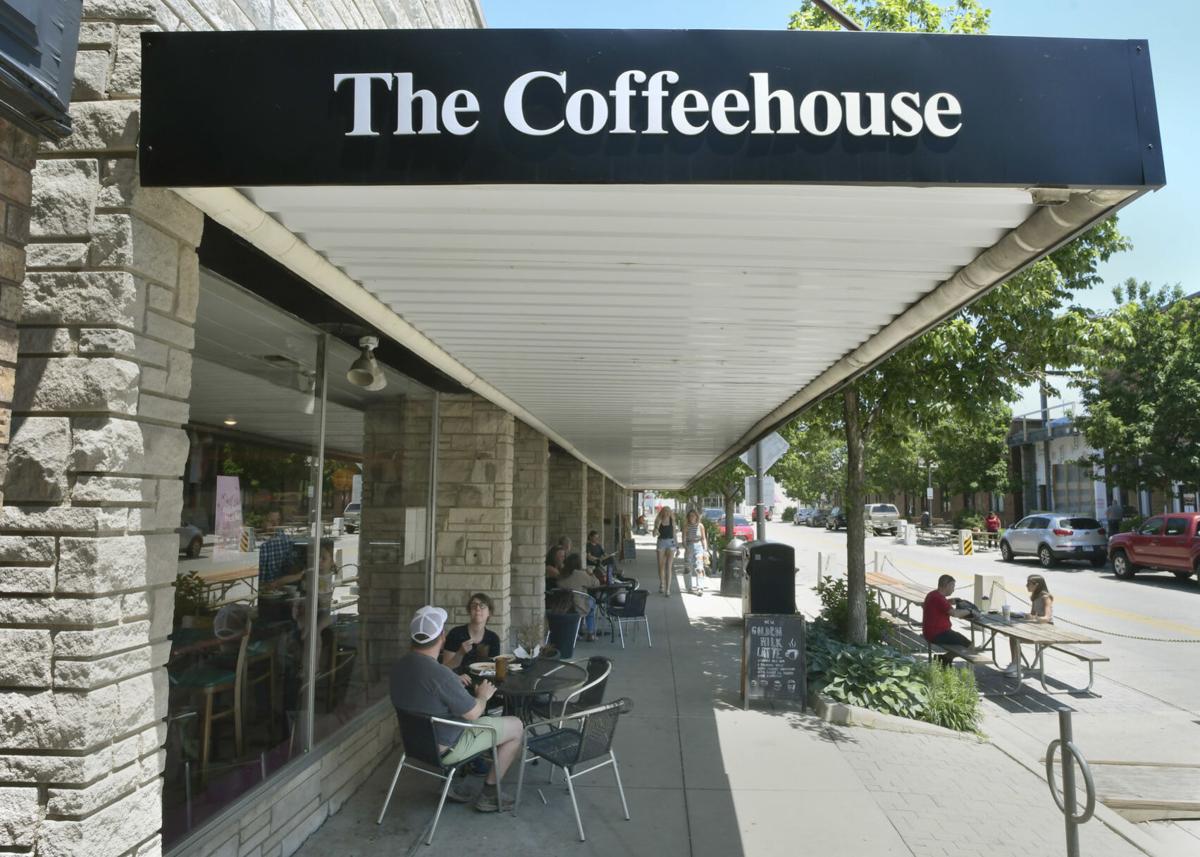 Customers eat at tables outside The Coffeehouse in uptown Normal on Thursday. More than 30 Bloomington-Normal businesses have outdoor dining.