Rivian under the deal will pay to design and install the chargers, and cover costs related to upgrading utilities, network access fees, equipment service and charger maintenance for the next 10 years.

Headquartered in Irvine, California, and backed by auto giant Ford, as well as T. Rowe Price and Amazon.com Inc., the electric vehicle manufacturer has dropped hundreds of millions of dollars on building out a sprawling campus in Normal.

Rivian spent $16 million in 2017 on the 2.6 million-square-foot former Mitsubishi plant, and has added another 800,000 square feet to it since then. The company is leasing about 500,000 square feet at North Main Street and Kerrick Road. In April, it acquired 380 acres near the factory for future expansions.

Still, the company is eying more production space, according to a Thursday report from Reuters. Multiple states have bid for the second plant, which requires an estimated 2,000 acres of land, Reuters reported.

The project — reportedly including battery cell production — will break ground in the fall, according to Reuters.

Rivian spokesperson Zach Dietmeier in an email confirmed the plans to The Pantagraph and characterized the Normal plant as a "launching pad and a cornerstone for Rivian’s strategy and development for decades to come."

"We continue to work with the Town of Normal and other regional partners on future local expansion plans," Dietmeier said. "Our second manufacturing project is in addition to our plans in Central Illinois; there is no replacement or reduction for our Normal campus."

Dietmeier did not mention where the second plant would be or how many people it might employ.

Dietmeier has previously said the company plans to employ 2,500 people at the Normal plant by the end of the year and close to 4,000 people sometime in 2022.

News of a pending second assembly plant comes after the electric vehicle company said last week the launch of its flagship pickup truck set for this summer was pushed to September because of mass disruptions in global supply chains caused by the coronavirus pandemic.

It is the second time the electric vehicle company has pushed back shipments of the R1T, originally slated to hit the roads in June.

In addition to supply setbacks, Rivian has faced legal troubles.

A group of Illinois vehicle dealers and trade associations sued the company in Cook County Circuit Court this spring, arguing that its model of selling vehicles directly to customers violates a state law requiring franchised dealers to see new vehicles.

The Normal plant has two production lines currently producing vehicles, one to manufacture both the R1T pickup and R1S SUV, and a second line for its commercial vans. Amazon has ordered 100,000 vans through 2024.

Editor's note: A previous version of this story misstated the prices for the Rivian R1T and R1S launch editions and base models. This story features the correct prices.

Rivian under the deal will pay to design and install the chargers, and cover costs related to upgrading utilities, network access fees, equipm…

Watch now: Did you see the Rivian SUV cameo during today's rocket launch? Here's the video

Rivian Automotive's sport-utility vehicle made a cameo Tuesday during the launch of Blue Origin’s New Shepard rocket carrying Jeff Bezos on board.

Rivian under the deal will pay to design and install the chargers, and cover costs related to upgrading utilities, network access fees, equipment service and charger maintenance for the next 10 years.

"We went through a spell of no traffic when Mitsubishi left," said David Hruska, who lives near the Rivian plant. "Now it's back to the way it was." 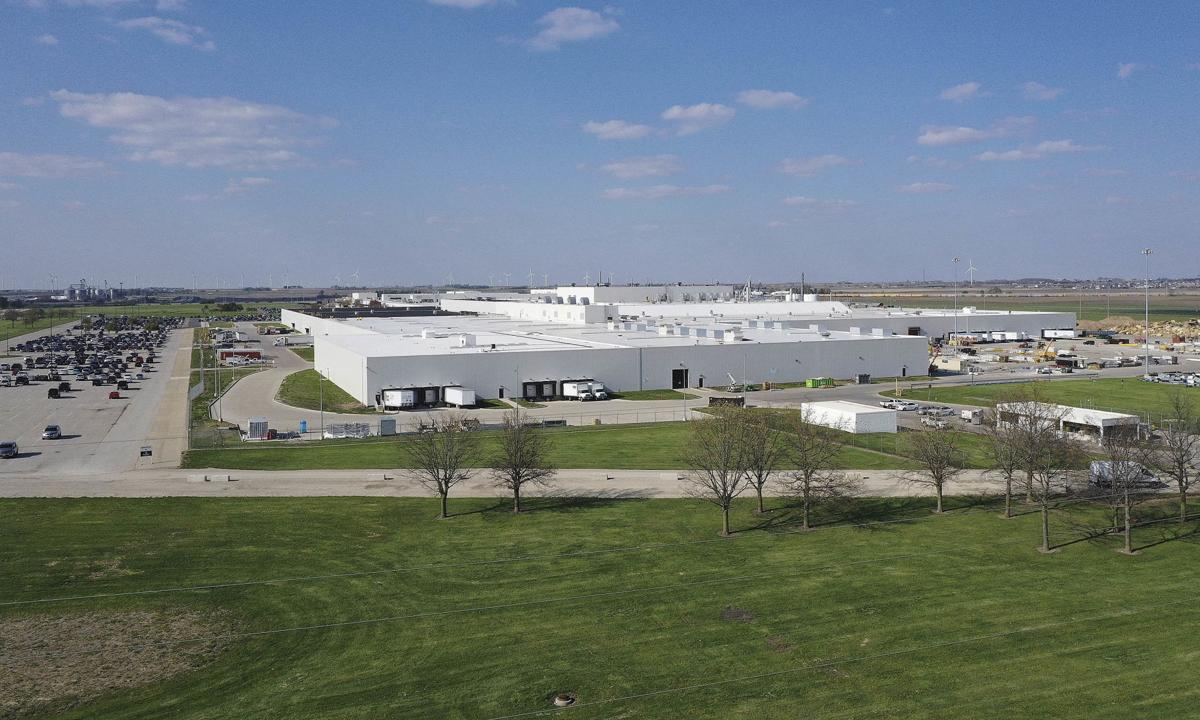 An aerial view of Rivian Automotive last month shows the current layout of the plant. On April 23, the company closed a deal on the purchase of 380 additional acres of farmland for future expansion. 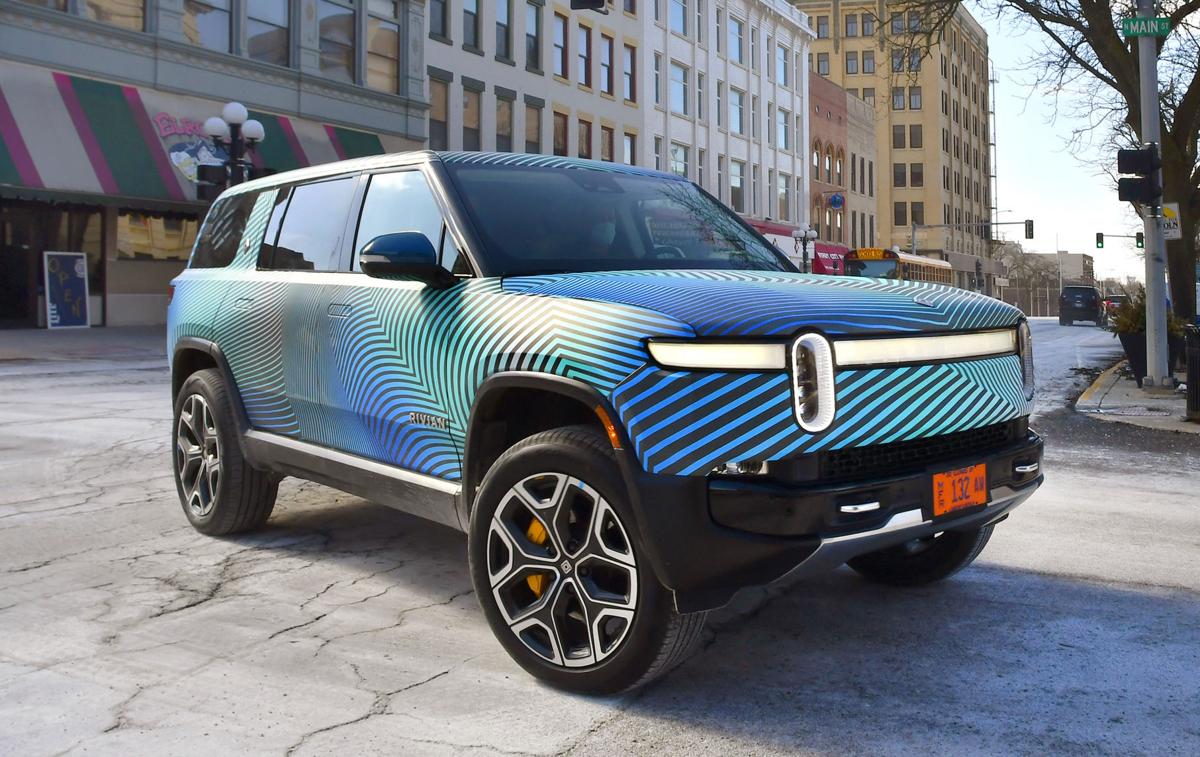 Rivian engineers took a production model of their new SUV on a test drive at Main and Washington streets in downtown Bloomington on Feb. 5. The company nears final modifications of its new cars as it begins assembly on its Normal production line.