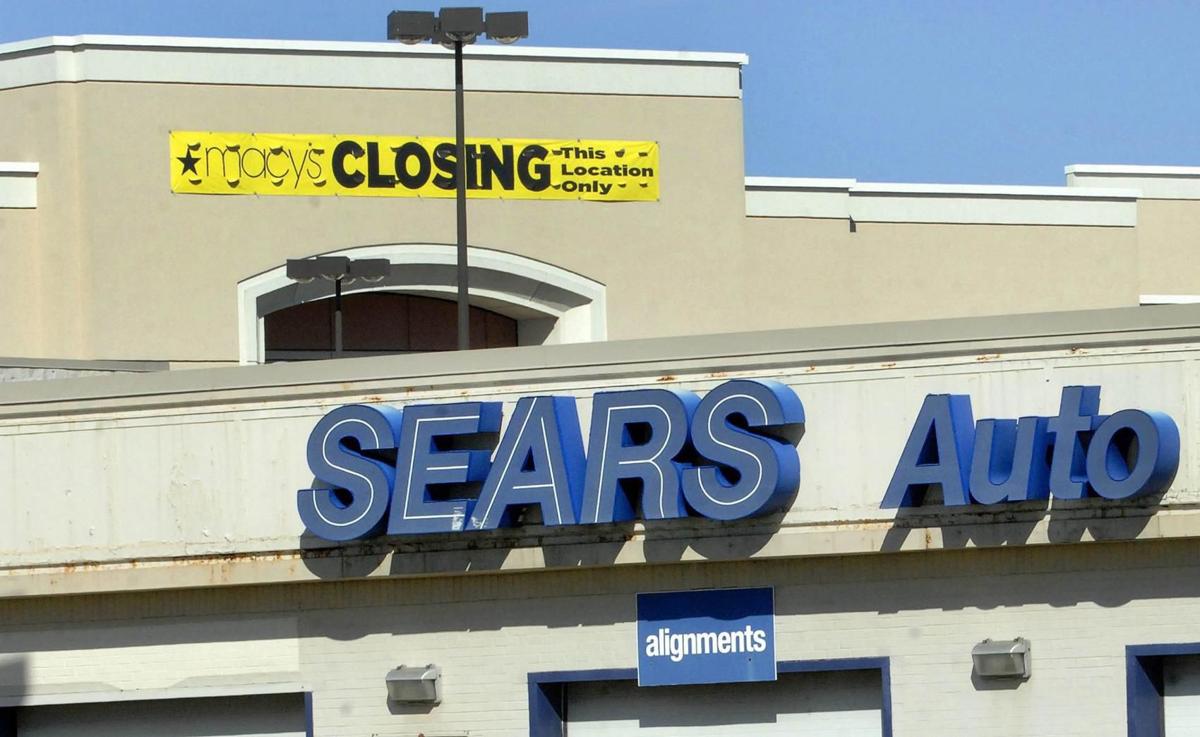 The Sears store at Eastland Mall closed in November 2018; the auto store closed at the end of August 2018. 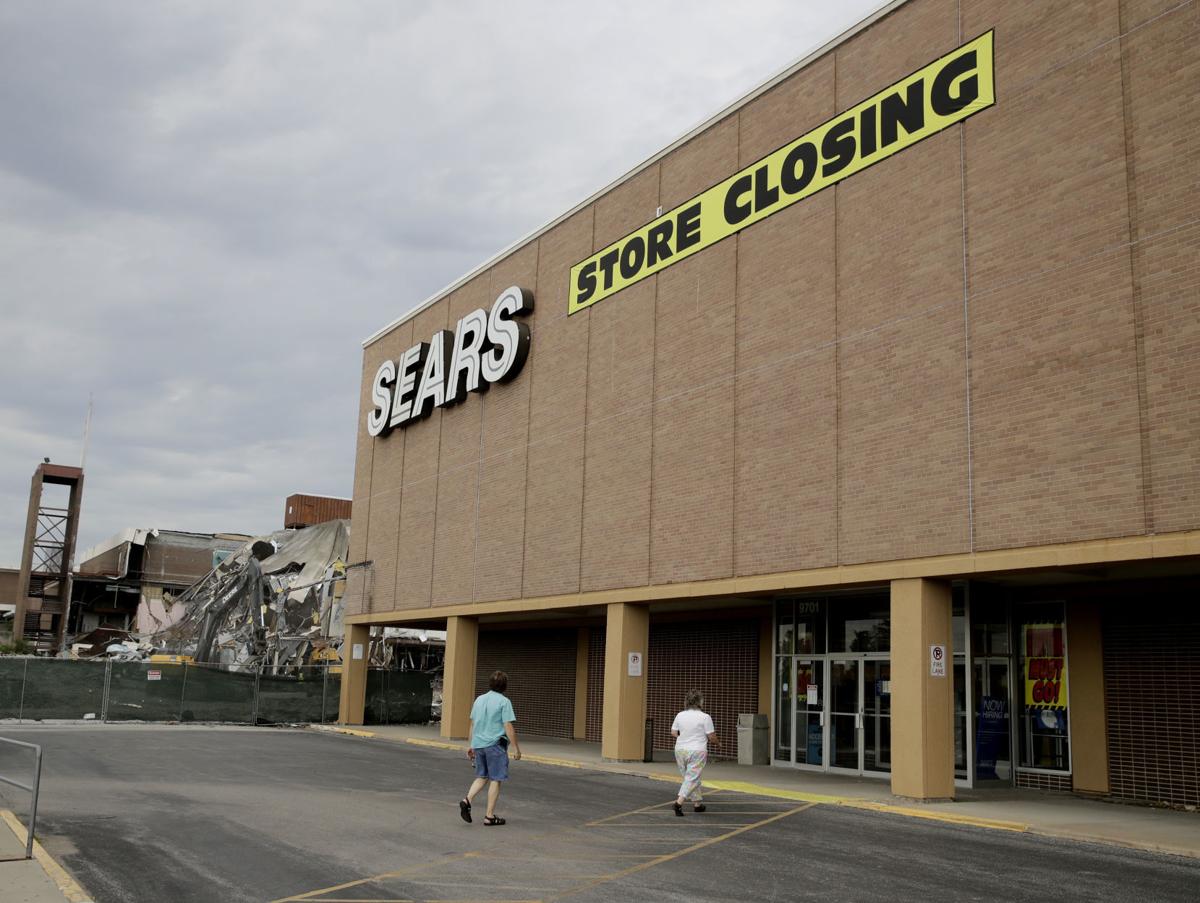 The question now is whether a smaller version of the company that once towered over the American retail landscape can remain viable or whether the iconic brand will be forced out of business.

Sears, which started as a mail order catalog in the 1880s, has been on a slow march toward extinction as it lagged far behind its peers and incurred huge losses over the years.

"This is a company that in the 1950s stood like a colossus over the American retail landscape," said Craig Johnson, president of Customer Growth Partners, a retail consultancy. "Hopefully, a smaller new Sears will be healthier."

"That a storied retailer, once at the pinnacle of the industry, should collapse in such a shabby state of disarray is both terrible and scandalous in equal measure," said Neil Saunders, managing director of GlobalData Retail, in a note published Monday. "In our view, too much rot has set in at Sears to make it viable business."

The company has struggled with outdated stores and complaints about customer service even for its once crown jewels: major appliances like washers and dryers. That's in contrast with chains like Walmart, Target, Best Buy and Macy's, which have been enjoying stronger sales as they benefit from a robust economy and efforts to make the shopping experience more inviting by investing heavily in remodeling and de-cluttering their stores.

Sears Holdings, which operates both Sears and Kmart stores, will close 142 unprofitable stores near the end of the year, with liquidation sales expected to begin shortly. In Illinois, that includes a Sears in Joliet and Kmart locations in Quincy, Moline and suburban Norridge.

That's in addition to the closure of 46 unprofitable stores that had already been announced, including the location at Bloomington's Eastland Mall, which will close next month. Edward S. Lampert, the company's largest shareholder, has stepped down as CEO but will remain chairman of the board. A new Office of the CEO will be responsible for managing day-to-day operations.

The company said Monday it has secured $300 million in financing from banks to keep the operations going through bankruptcy. In addition, it's negotiating an additional $300 million loan from Lampert's ESL Hedge fund.

Sears joins a growing list of retailers that have filed for bankruptcy or liquidated in the last few years amid a fiercely competitive climate. Some, like Payless ShoeSource, successfully emerged from reorganization in bankruptcy court. But plenty of others like, Toys R Us and Bon-Ton Stores Inc., haven't. Both retailers were forced to shutter their operations this year soon after Chapter 11 filings.

Given its sheer size, Sears' bankruptcy filing will have wide ripple effects on everything from already ailing landlords to its tens of thousands of workers.

Lampert has been loaning out his own money for years and has put together deals to prop up the company, which in turn has benefited his own ESL hedge fund.

In recent weeks, Lampert has been pushing for a debt restructuring and offering to buy some of Sears' key assets, like Kenmore, through his hedge fund as a $134 million debt repayment came due on Monday. Lampert personally owns 31 percent of the company's shares, while his hedge fund has an 18.5 percent stake, according to FactSet.

Sears' stock has fallen from about $6 over the past year to below the minimum $1 level that Nasdaq stocks are required to trade in order to remain on the stock index. In April 2007, shares were trading at around $141. The company, which once had 350,000 workers, has seen its workforce shrink to fewer than 90,000 people as of earlier this year.

In a March 2017 government filing, Sears said there was "substantial doubt" it would be able to keep its doors open — but insisted its turnaround efforts would mitigate that risk.

Lampert pledged to return Sears to greatness by leveraging its best-known brands and its vast holdings of land, and more recently planned to entice customers with a loyalty program. But losses continued and the company struggled to get more people through the doors or to shop online.

Jennifer Roberts, 36, of Dayton, Ohio, was a long-time fan of Sears and has fond memories of shopping there for clothes as a child. But in recent years, she's been disappointed by the lack of customer service and outdated stores.

"My mom had always bought her appliances from Sears. That's where my dad got his tools," she said. "But they don't care about their customers anymore."

She said a refrigerator her mother bought at Sears broke after two years and still hasn't been fixed.

"If they don't value a customer, then they don't need my money," Roberts said.

Sales at the company's established locations tumbled nearly 4 percent during its fiscal second quarter. Still, that was an improvement from the same period a year ago. Total revenue dropped 30 percent in the most recent quarter, hurt by continued store closings.

"The problem in Sears' case is that it is a poor retailer," Saunders wrote in an analyst note last week. "Put bluntly, it has failed on every facet of retailing from assortment to service to merchandise to basic shop keeping standards. Under benign conditions, this would be problematic enough but in today's hyper-competitive retail environment it is a recipe for failure on a grand scale."

For decades, Sears was king of the American shopping landscape. Sears, Roebuck and Co.'s iconic catalog featured items from bicycles to sewing machines to houses, and could generate excitement throughout a household when it arrived. The company began opening retail locations in 1925 and expanded swiftly in suburban malls from the 1950s to 1970s. But the onset of discounters like Walmart created challenges for Sears that have only grown. Sears faced even more competition from online sellers and appliance retailers like Lowe's and Home Depot.

Store shelves have been left bare as many vendors have demanded more stringent payment terms, says Mark Cohen, a professor of retailing at Columbia University and a former Sears executive.

Meanwhile, Sears workers are nervous about what kind of severance they'll receive if their stores close.

John Germann, 46, works full-time and makes $14 per hour as the lead worker unloading merchandise from trucks at the Chicago Ridge, Illinois, store, which has been drastically reducing its staff since he started nine years ago. Germann now has only 11 people on his team, compared with about 30 a few years ago.

"We're doing the job of two to three people. It's not safe," he said. "We're lifting treadmills and refrigerators."

Girdles and socket wrenches: Sears was the Amazon of its day

Before there was Amazon — or, for that matter, Home Depot or Walmart or Kmart — there was Sears.

A look back at Sears in Central Illinois

Take a look back at Sears locations in Central Illinois.

Memories past: 15 Sears ads from The Pantagraph's archives

Bloomington Sears to close in November

BLOOMINGTON — The Sears store at Eastland Mall will close in November, with the auto store closing next week.

The Sears store at Eastland Mall closed in November 2018; the auto store closed at the end of August 2018.