Watch now: Here's how hot it could get Wednesday in Bloomington-Normal 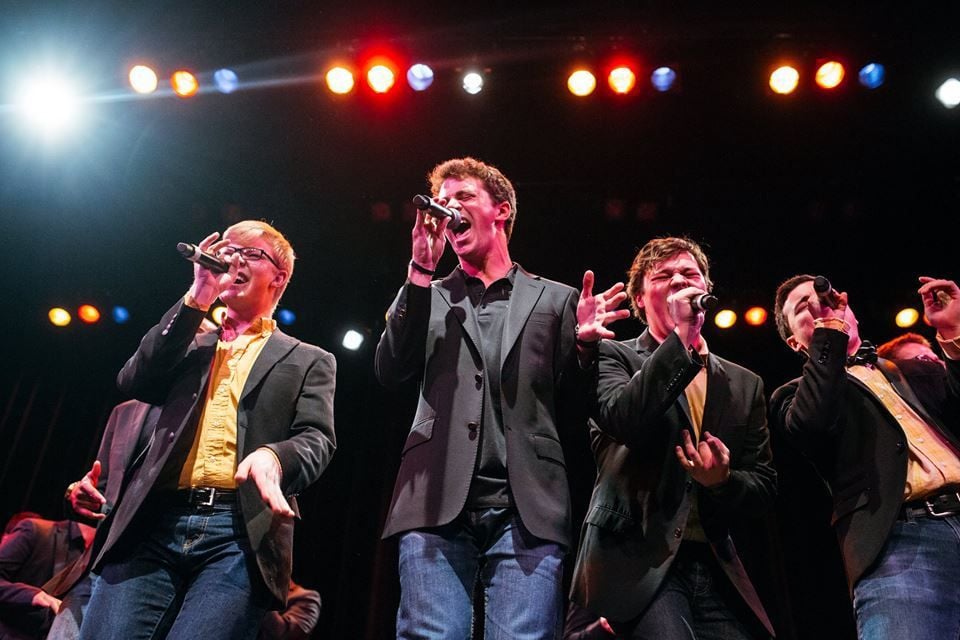 Normal native William Woodard, far left, is in his third year with a cappella sensations The Melodores, fifth-season “Sing-Off” champs and this weekend's show at the Bloomington Center for the Performing Arts, where Woodard worked for several summers. 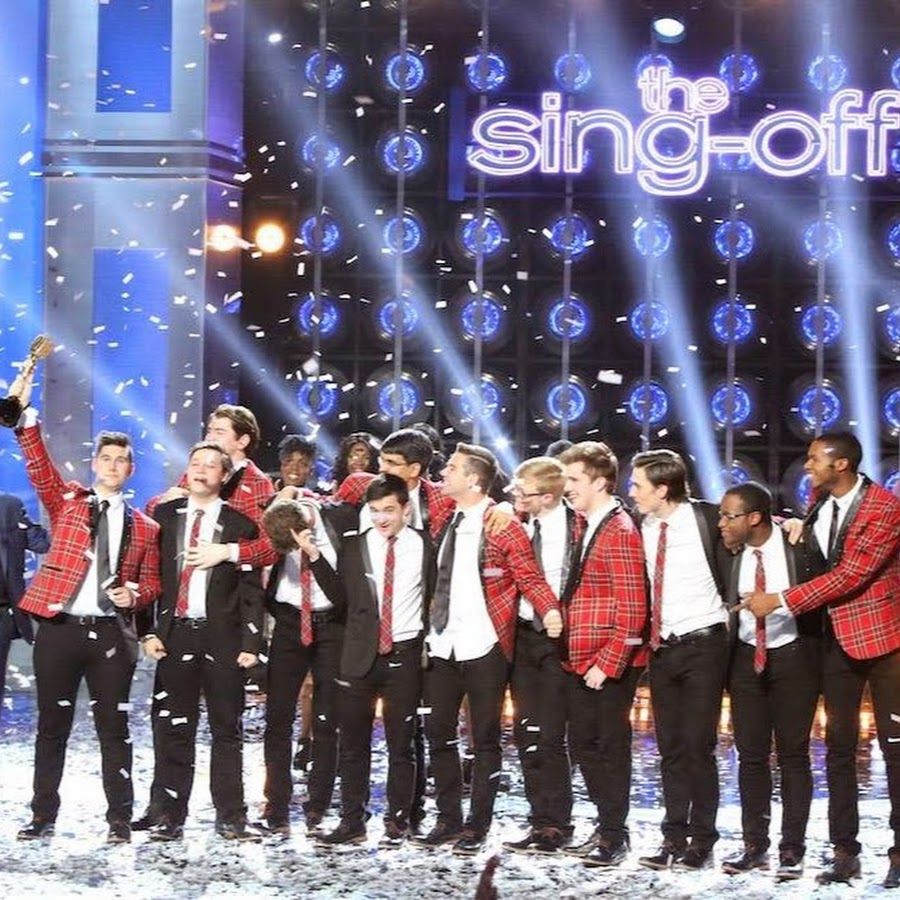 The Melodores, circa the Dec. 17, 2014 episode of NBC's “The Sing-Off” in which they were crowned fifth-season champs by host Nick Lachey. 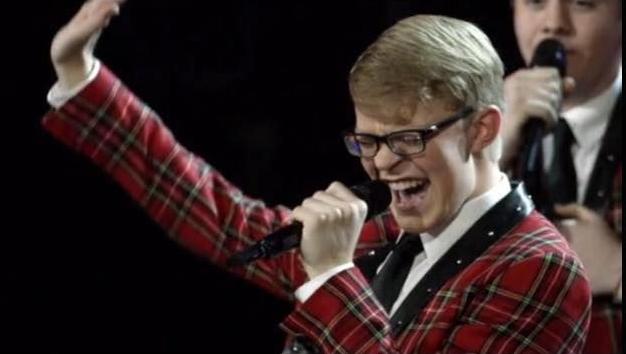 Woodard, a Normal Community High School grad (Class of 2013), is pictured here during “Sing-Off” competition. He was music director of the BCPA's summer 2014 production of “The Music Man.” 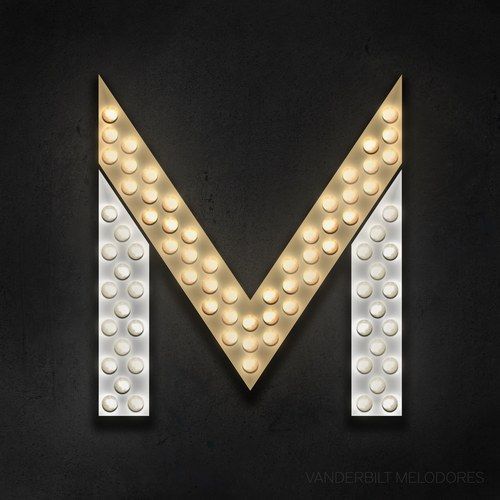 If anyone other than Jewel had made that comment on any other show than NBC's "The Sing-Off," that might not be a quote to put high on your rèsumè.

But the cuter-than-kittens object of Jewel's adoration, Normal native William Woodard, isn't getting his dander up.

Nope, the 2013 Normal Community High School grad is more than happy to let the fellow singer purr over him ... after all, she's one of the "Sing-Off" judges that voted Woodard's group the fifth-season champs, a victory televised before millions last December as a single two-hour special that required nearly 10 days of preparation at Hollywood's Dolby Theatre to produce (past seasons had included multiple episodes).

His group, The Melodores, based out of Vanderbilt University, where Woodard is a junior piano performance major, is now a sensation on the a cappella circuit.

To that end, they became a part of "The Sing-Off Live Tour" over spring break earlier this year.

Just a few summers earlier, Woodard was home from Vanderbilt accompanying, not singing: manning the keyboard for the Miller Park Summer Theatre productions of "The Secret Garden" and "Snow White," staged in conjunction with the Bloomington Center for the Performing Arts and the Missoula Theatre Company.

A year later, summer '14, Woodard was back at Miller Park, where director Tina Salamone promoted him from accompanist to music director.

And, now, as summer '15 wanes, he's moving on up the BCPA ladder again, from accompanist to music director to center stage: as a full-blown attraction via The Melodores, performing the second show of the BCPA's fall season, at 2 p.m. Sunday.

As great as it is to come home a champ (The Melodores, the only collegiate group to make the "Sing-Off" roster last season, defeated five other contestants), Woodard was just as thrilled over those earlier BCPA gigs.

"It was amazing getting that work, and I had a really awesome time," he says.

Woodard's journey to the BCPA main stage, not to mention Jewel's kittenish affections, started, he says, around age 6, when he began taking piano, not voice lessons.

His keyboard skills served him well through high school, accompanying the NCHS Chorus "a lot," an affiliation that moved him from strictly instrumental into the realm of vocal performance," with the chorus, madrigals and his first fling with a cappella.

"I was super into music now," he says, hence his majoring in piano performance at Vanderbilt and induction into its elite male vocal group, which he auditioned for early on since the Melodores "seemed like a really cool group of guys."

Woodard was one of four freshmen who made the cut to replenish the ranks that are thinned every year by graduating seniors ... as they have been since the group's creation in 2009 by four students, who recruited five more for a then-total of nine.

Today, says Woodard, the membership fluctuates between a minimum of 11 and a maximum of 15. Currently at 13, a happy median is in place.

The Melodores' competitive spirit was whetted, he notes, by several collegiate competitions, including one where they advanced to the semifinals, but no higher.

"The next year we came back with a fire in our belly to do something big ... so we auditioned for 'The Sing-Off," and then, kind of out of the blue, we ended up winning, which has made this a very crazy year."

The latter included a $50,000 cash prize split among the group's then-12 members and joining the show's live tour over spring break and watching their popularity grow via their own YouTube channel, well-stocked with video's of the group's vocal derring-do (www.youtube.com/user/VanderbiltMelodores).

What sets the Melodores apart from the many other collegiate a cappella groups, says Woodwad, is their relative youth as an ensemble: six years old vs., say, the nearly century-long run of, say, Yale's venerable Whiffenpoofs.

"We've somehow come up from ground zero to winning this competition in just over five years," says Woodard, in his third year as a Melodore, and currently the group's vice president, a role that involves "booking all the gigs and venues."

Away from the desk, Woodard is having the time of his young life on stage.

"We do have tons and tons of fun together," he says. "We like think we're one of the most entertaining groups ... it's a party on stage with a bunch of divas, dancing and singing our hearts out."

He adds, with a laugh, "I'm the resident tenor singing all the loud, annoying high notes ... you know, the one screeching at the top all the time."

Where: Bloomington Center for the Performing Arts, 600 N. East St.

BLOOMINGTON — The two brothers shared a moment that day.

The 2021 "American Idol" contestant from Algonquin has played in Bloomington “a good handful” of times, and credits the city as an important place that helped jumpstart her career.

"For him to reach out and do that, I don't even have the words. I wish I could just give him a hug," said the mother of one of the victims.

G Putnam Music, a start-up songwriting company based in Normal, will have their song “That’s Tough” featured on the season three premiere of "Roswell, New Mexico" on Monday, July 26, on The CW.

"It's great to have concerts outside again and, now that COVID is over, to be out seeing people."

TOKYO (AP) — At an Olympics aiming to set the highest level of television standards, the head of broadcasting at the Tokyo Games is trying to banish overly sexualized images of female athletes.

The decision, a victory for Angelina Jolie over Brad Pitt, means that the custody fight over their five children, which was nearing an end, could be starting over.

The latest exhibits from the Bloomington-Normal area

New release movies worth watching, Nicolas Cage recommendations, and more on the latest Just to be Nominated podcast

What to watch this week, including M. Night Shyamalan's "Old" in theaters, a roundup of Nicolas Cage's best roles, movie news, and more!

Normal native William Woodard, far left, is in his third year with a cappella sensations The Melodores, fifth-season “Sing-Off” champs and this weekend's show at the Bloomington Center for the Performing Arts, where Woodard worked for several summers.

The Melodores, circa the Dec. 17, 2014 episode of NBC's “The Sing-Off” in which they were crowned fifth-season champs by host Nick Lachey.

Woodard, a Normal Community High School grad (Class of 2013), is pictured here during “Sing-Off” competition. He was music director of the BCPA's summer 2014 production of “The Music Man.”