Day 3: Watch as the Senate continues debate in the Trump impeachment trial

Will's chills: Something wickedly fun this way comes
0 comments
Share this
{{featured_button_text}}
1 of 4 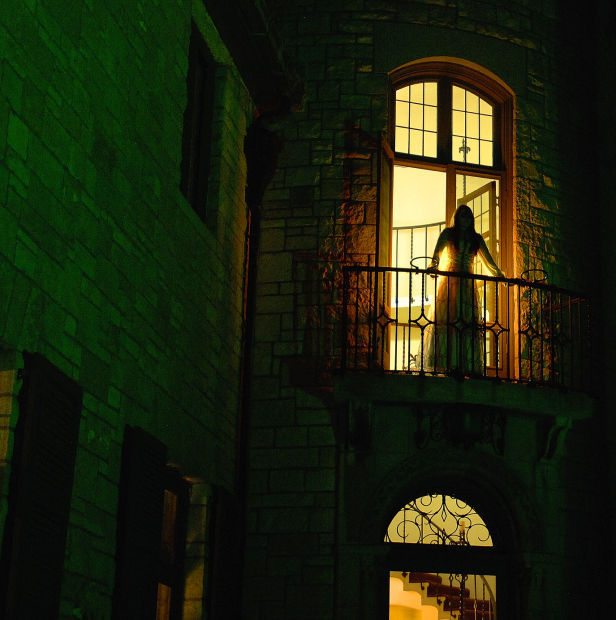 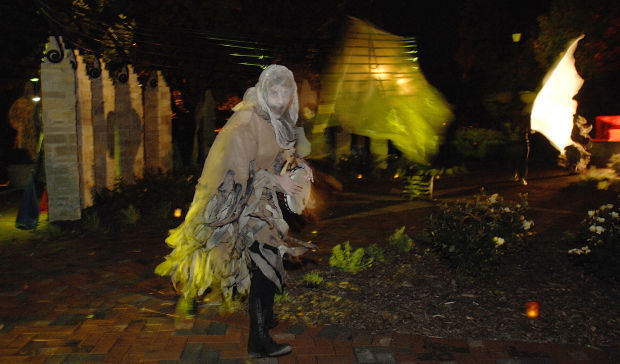 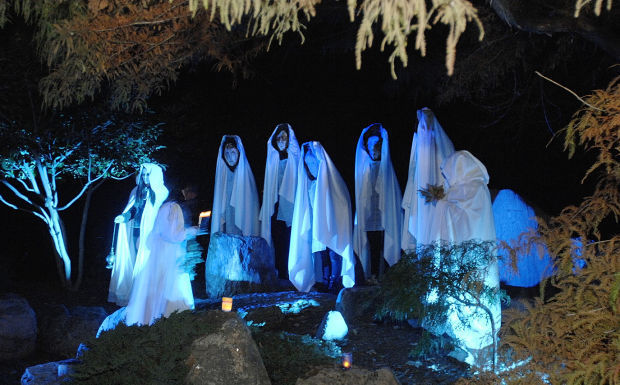 Ophelia's funeral, from "Hamlet," makes full use of director Andrew Park's puppetry talents during the ShakesFear journey around Ewing Manor. 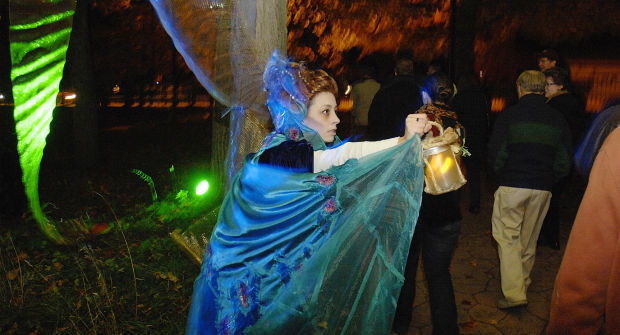 Illinois State University student Bethany Hart plays Tatiana, queen of the fairies, from "A Midsummer Night's Dream," part of the magic being conjured at the first ShakesFear.

BLOOMINGTON – Who knew William Shakespeare was such a sick puppy, worthy of a Fangoria magazine cover?

Well, anyone with a passing knowledge of same, that's who.

If there's a way to end the life of man, woman or child, the triumph of Will's twisted imagination was there to accommodate.

Some tongue-of-Lavinia, as an appetizer?

The event, which hopes to become annual, is being mounted by the same folks behind the polished warm-weather productions that grace the Theatre at Ewing stage.

The director, Andrew Park, is the man who called the shots two summers ago on the festival's "Failure: A Love Story," in which Death took no holiday: all three of its likable heroines were harvested by play's end.

"This is certainly a different kind of project," enthuses Park, artistic director of both Chicago's acclaimed Quest Theatre Ensemble, where puppets are known to rule the stage, and the city's Shedd Aquarium, where his theatrical imagination has transformed the space for special exhibits and more.

"This is also extremely fun and out of the ordinary," he continues, "and I'm really drawn to the offbeat experience ... it's a show and a theatrical opportunity right up my alley."

ShakesFear is the brainchild of Illinois Shakespeare Festival artistic director Kevin Rich in his ongoing quest to shake up Shakespeare with some fresh blood.

"We really want the festival to have a year-round presence," says Rich. "One way to do that is celebrating holidays with a Shakespeare theme. And a Shakespeare haunted house is something I've always wanted to do."

With funding help from a local Harmon Arts Grant, that desire has taken shape in the form of the kind of immersive theater experience that, notes Rich, has become increasingly popular.

Per Park's creative way around puppets, large and small, Rich was eager to re-enlist those services.

"I immediately thought of the Quest experts ... Andy and his team are so good with spectacle, and have a lot of puppets and things on hand," he adds.

For Park, "this is a first for me ... I've always wanted to do a sort of haunted project because I really like the idea of scaring people," he says. "Which I don't think is as easy as it sounds, especially in the theater, where I can't think of a single time where I was really, truly frightened."

Freed of the theater constraints, Park & Co. are running rampant through the Ewing grounds, with groups of 20 patrons leaving on the tour every 15 minutes and the "ghost of Shakespeare" as tour guide.

The thrills and chills will come straight from the Bard's dark heart, with every shock and frisson tied to a character, moment or situation from a Shakespeare play.

The event will use the entire Ewing space except for the Manor itself (though its balconies and windows will be sites of ghostly apparitions, viewable from the lawn).

"The Manor is more of a backdrop for the event," he adds, noting that the trajectory will begin in the Ewing stables, then wend its way around the forest glade in the back of the theater for that spectral "midsummer night's eve" vibe ... so what if it's mid-autumn?

Rest assured, says Park, that the theater itself will come into play as patrons are led in through the back end to experience scares through the dark narrow corridors, dressing rooms and other crannies usually off limits to festival patrons.

Then it's off on the pathway to the Japanese garden for more chills, and on around to the front gardens and its "Stonehenge" area (Park's term) for a climactic extravaganza involving those spell-casting hags from "Macbeth," Park's puppetry magic and some surprises that won't be spilled from the cauldron here.

While there are some good jolts promised, Park also is working Shakespeare's other fantastical turf, including, he says, "the magic and fairies and pranks from what you think about in 'Midsummer Night's Dream,' as well as the sense of doom coming from characters being forced to relive the same haunted, tragic moments over and over again ... there will be the sense that the whole thing is a kind of purgatory or underworld."

There will even be the romantic doom and fatalism from "Romeo and Juliet" at play, with a haunting materialization of the masquerade ball, itself interrupted by the ghost of Hamlet's father, himself a puppet creation.

But also, says Park, be prepared to be transported by magical manifestations such as these and others.

"One of the things we want to do, besides scaring people, is do what Kevin and the festival do so well ... which is Shakespeare."

What: “ShakesFear,” presented by the Illinois Shakespeare Festival

Tickets: $1 admission and $5 for tour (cash only at the gate)

Guidelines: Tours leave every 15 min. and are limited to 20 persons each; recommended for ages 10 and older

Because the main ShakesFear Haunted Tour has several moments of intense scariness, a special area for kids in the EWing Manor courtyard will be available called “Juliet's Enchanted Courtyard,” featuring:

There's much a-grue about Shakespeare

Following, in no particular order, are ShakesFear director Andrew Park's Top 10 creep-outs from the Bard's canon.

Keep it Central Illinois this Halloween with these locally inspired costumes.

Ophelia's funeral, from "Hamlet," makes full use of director Andrew Park's puppetry talents during the ShakesFear journey around Ewing Manor.

Illinois State University student Bethany Hart plays Tatiana, queen of the fairies, from "A Midsummer Night's Dream," part of the magic being conjured at the first ShakesFear.