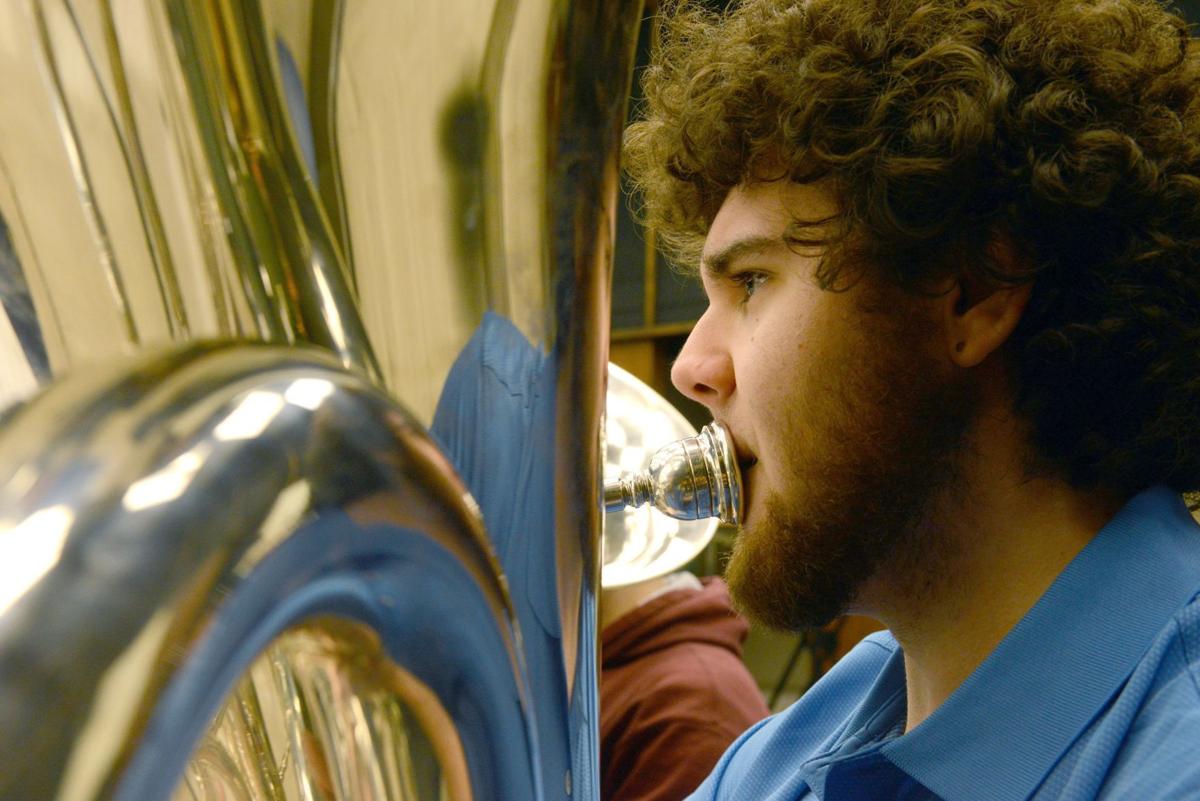 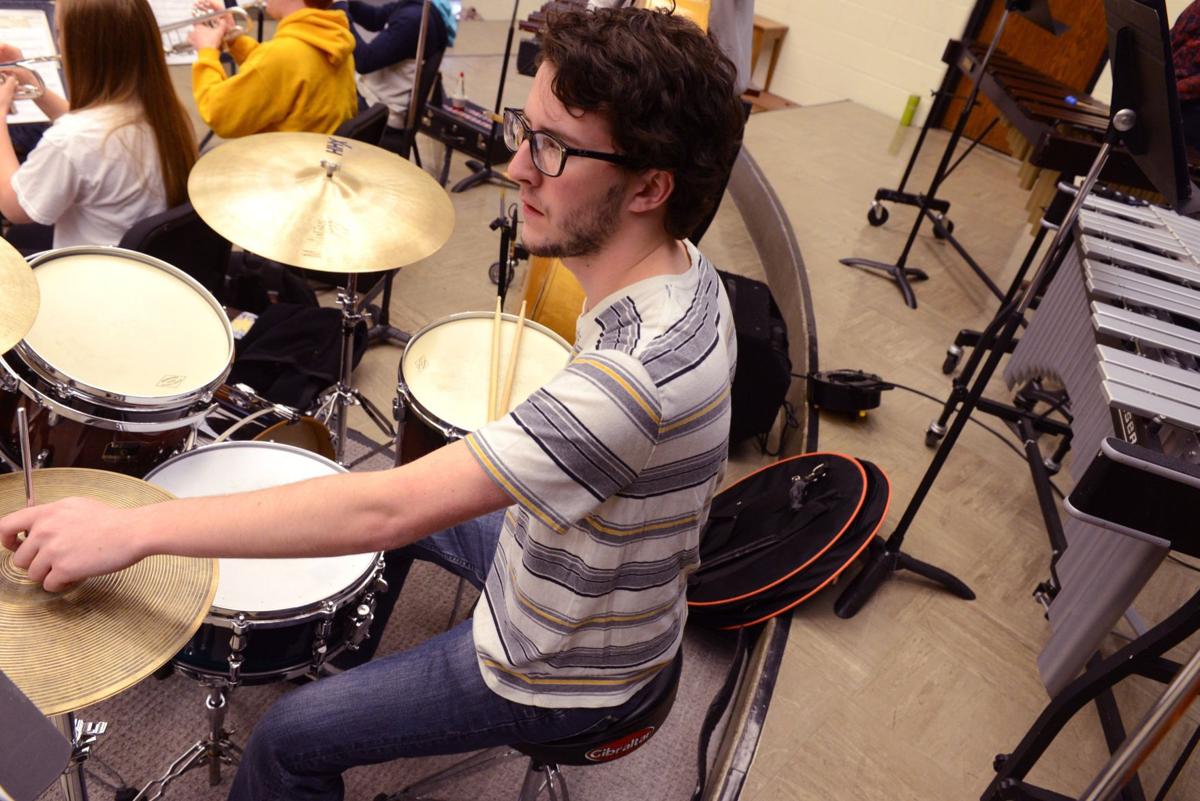 BLOOMINGTON — Anyone who doubts the hard work that goes into a musical performance should sit though a rehearsal of the Wind Ensemble at Illinois Wesleyan University.

The award-winning ensemble is preparing for a free public concert at 7:30 p.m. March 31. The concert at Second Presbyterian Church, 404 N. Prairie St., is called “Godzilla Eats the Euphonium.”

You read that right. Godzilla.

A focal point of the concert is Eric Whitacre's “Godzilla Eats Las Vegas!”

Conductor Lev Ivanov, visiting assistant professor of music, said he likes to “expose students to different repertoires to help them to broaden their understanding of music in general. You have to perform not only with a different sound but with a different mindset.”

That's why at next week's concert you will not only hear the wind and percussion instruments you might expect but also crashing trash can lids, whistles, screams and one musician barking like a puppy. A combination of French horns and drums mimic Godzilla's roar.

Senior Michael Olson of Bloomington, a tuba performance major, admitted: “The music is whacky” but said Ivanov “has a good sense for when to do that and when not to. He picks great programs. He challenges us.”

It's those challenges that helped the ensemble become the national winner of The American Prize in the band/wind ensemble performance category in the college/university division.

The American Prize is a series of performing arts competitions for artists from schools and churches to community and professional levels. Competitors are judged through recorded performances.

“For me, the most important outcome is having it inspire students to work harder and be better,” Ivanov said of the competition. “They don't fully realize their potential at this age.”

The ensemble has about 35 members and about half of them are non-music majors. They must audition for the ensemble.

Ivanov, who is in his third year at IWU, said the ensemble “always has a high standard during rehearsal” and he emphasizes the need for each to feel responsible to do their best.

That's part of what attracts percussionist Robby Kuntz, a junior from Bloomington majoring in contemporary musicianship who has been in the ensemble for three years.

“It's very collaborative. It's a very team-based thing,” said Kuntz. “Everyone has to take care of their own part and come together. … So much hard work is going into the ensemble.”

At times, the percussionists looked like a tag team as they switched positions and instruments.

Olson, who has played tuba for eight years, said, “It's been great to play with the ensemble. It's the top group here.”

Olson will be doing a world premier performance of a composition by IWU Provost Jonathan Green at a recital at 8 p.m. April 6 in Presser Hall's Westbrook Auditorium.

Ivanov said having a School of Music in a liberal arts university is very important.

‘WandaVision’ wins big at the 2021 MTV Movie and TV Awards

‘WandaVision’ wins big at the 2021 MTV Movie and TV Awards

The State Fair is now working to fill a spot on opening night.

Chicago will host a series of concerts for those who get vaccinated against COVID-19, the city announced Wednesday.

Here's a collection of some of the all-time best tunes about moms. So, crank it up and have a happy Mother’s Day.