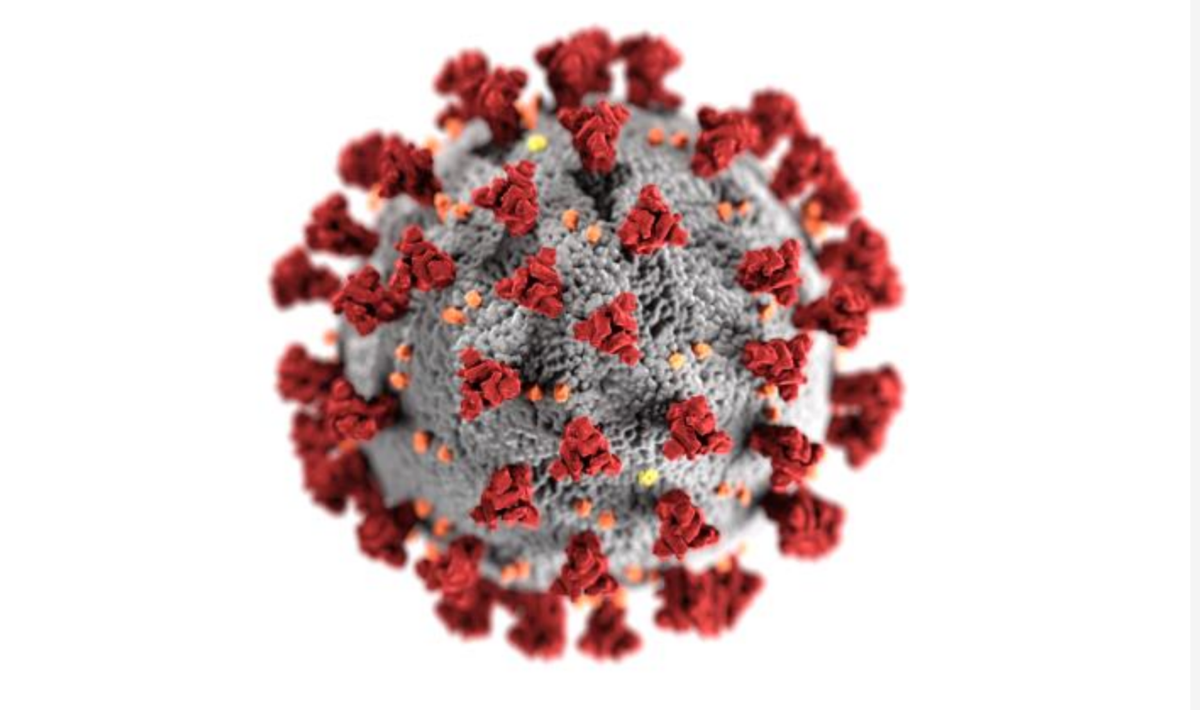 This illustration, created at the Centers for Disease Control and Prevention (CDC), reveals ultrastructural morphology exhibited by coronaviruses. 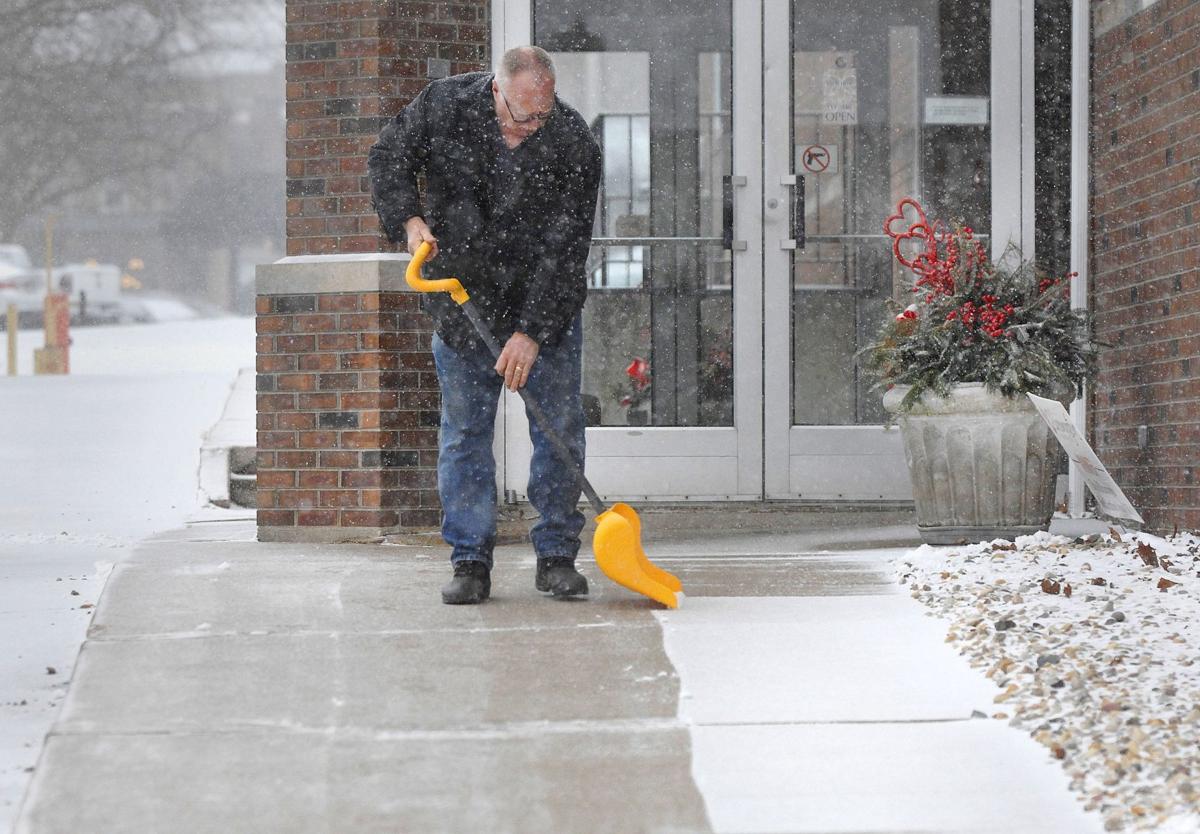 BLOOMINGTON — Sunday morning services at Wesley United Methodist Church are expected to take place “as usual, although not ‘as usual,’” said its senior pastor, the Rev. Sara Isbell.

“We have encouraged vulnerable persons (those who are age 60 or older and/or have other health conditions) to stay home, as well as anyone with symptoms of cold, flu or the coronavirus,” she said. “We will post our sermons on our website for anyone who does not attend in person, and we are working toward being able to live-stream our worship services in the future.”

Following that service, the congregation will not gather “in person” again as a worshiping community “until it is safe to do so,” she said.

“It’s very sad to make these decisions. But if feels like the right thing to do,” she said. “It would be sadder yet to learn that some of our members had been exposed to the virus while at church.”

Worshiping away from church appears to be the new normal for several Twin City congregations after many announced they will be ending services this weekend to help stop the spread of the coronavirus. As of Saturday, 64 Illinois residents had coronavirus, including a Woodford County resident.

The Catholic Diocese of Peoria canceled all public Masses as of Saturday, curtailing funerals, weddings and baptisms, and many churches said they hope to reach their congregations through online streaming.

“Every time we turn on the news, we hear about the coronavirus disease 2019 (COVID-19) and the news is not good,” wrote Bloomington First Christian Church Pastor Jim Warren in a message posted on the church’s website.

Warren said the church originally planned to continue with services after COVID-19 cases were reported in the Chicago area, but that changed when Pritzker announced Friday that he was ordering schools to close.

“Following the example of many churches and per a recommendation from the CCIW (Christian Church of Illinois and Wisconsin), the First Christian Church, Bloomington, will not hold worship this Sunday in order to avoid potential exposure to the virus COVID-19. ... Decisions about future worship services will be made on a week-by-week basis.”

A live sermon will be available on the church’s website page at 9 a.m. Sunday.

Your guide to coping with COVID-19

Coronavirus-related cancellations, changes for Central Illinois: What you need to know

Twin City funeral homes, which coordinate services with churches, are trying to remain flexible while balancing the needs of their clients.

Tim Ruestman, owner of Kibler-Brady-Ruestman Memorial Home, Bloomington, hasn't had to cancel or reschedule any services, but said that may change at any time.

In the meantime, his funeral home is encouraging social distance while recognizing loved ones' need to express their grief and affection.

Along with supplying a lot of hand sanitizer dispensers, he said his funeral home has printed signs that say, "Direct eye contact, loving words and a warm smile are as meaningful to the family as a traditional handshake or hug."

He noted funeral homes in some harder-hit areas, such as Washington state, are rescheduling services and encouraging people to forgo church gatherings in favor of graveside services or live-streaming services to people who can't attend.

In the end, each of those organizations protected us against ourselves. The lure of sports is strong enough to cloud judgment as to when to play and when to go watch others play. Rather than say "stop and think," they simply said "stop."

"Here in Central Illinois, we haven't had to do that yet," he said.

Funeral homes have gotten guidance from state and federal associations about protecting the safety of their workers and clients, Smith said. While no one locally has died of coronavirus, Smith said funeral workers are trained to deal with deaths involving communicable diseases.

The Eastview Christian churches in Bloomington and Normal also are going online, streaming a service at 9 a.m. that will be repeated two hours later and then available on-demand.

“We normally have more than 1,500 viewers watching online every week anyway, so it’s not that much different for us,” said Pastor Mike Baker. "We wanted to have the congregation here, but when the governor came out with his announcement, we decided maybe we needed to shift gears, too.”

Baker said more than 5,000 people sometimes attend a service. Future services will be evaluated on a week-by-week basis.

In an online message, he asked followers to be creative with the new format.

“Invite friends or neighbors over to your house and watch online together,” he said. “Invite people to join us through your social media and share the links with family and friends. What if God actually desired to grow his Church in the midst of this season of uncertainty?”

Clark Killingsworth, senior associate pastor at the Journey Church in Normal, said his church is making adjustments as well.

“This weekend, we plan to offer a ‘family meeting’ style service,” he said. “Our staff will provide a panel response that will offer simple, spiritual and practical guidance for the complex issues we are facing in these chaotic and confusing times.”

New Covenant Community, Normal, canceled all services, including Sunday, for the remainder of March.

“The past several days have seen a whirlwind of news about the coronavirus pandemic, including the suspension of most public gatherings,” said New Covenant Community's co-pastors, Bob and Susan Ryder, in an email to The Pantagraph.

“We believe we should do what we can to cooperate with public health efforts as a gesture of responsible citizenship by helping break the chain of transmission of the coronavirus,” they wrote. “Medical experts talk about the importance of ‘flattening the curve’ of the pandemic, and our congregation will assist in these efforts by staying home.”

COLLECTION: Pantagraph coverage on the coronavirus

This is a developing story about the coronavirus spread in Illinois.

Central Illinois bar and restaurant owners said their businesses will be severely damaged and their employees hurt by Gov. J.B. Pritzker’s announcement of a shutdown at the end of business on Monday.

Taking a cue from drive-in theaters, Second Presbyterian Church opened the parking lot for its first drive-in service. The service was available on a radio frequency. Church leaders counted 54 cars.

Every Sunday morning for the past 55 years, Mike Baker has been in a church on Easter Sunday. Next week, the pastor of Eastview Christian Church in the Twin Cities, will again be delivering his sermon from his home due to the coronavirus threat.

With social distancing and gathering rules to quell the spread of coronavirus, Christians are getting creative in their Easter weekend worship.

This illustration, created at the Centers for Disease Control and Prevention (CDC), reveals ultrastructural morphology exhibited by coronaviruses.