EL PASO — As the founder and curator of the Archbishop Fulton John Sheen Spiritual Center in El Paso, Karen Fulte always seems to have a feeling that positive changes are on the way. An eternal optimist, she rarely feels otherwise.

Fulte believes strongly in strengthening the Central Illinois bond with the pioneering religious broadcaster who was born in El Paso in 1895. Sheen gained worldwide fame for his television show in the 1950s and was a prolific writer and speaker.

“I am not surprised because I just knew something was coming,” Fulte said. “There have just a lot of wonderful signs lately.”

“This is wonderful news because news likes this creates more awareness of Fulton Sheen and attracts more visitors to our museum and our goal is to get the word out about his life,” Fulte said.

Cunningham is Sheen’s closest living relative and has said in the past that she believes he would have wanted to have been interred in Peoria if he knew he were a candidate for sainthood. His will states that his wish was to be buried in New York, where he has been interred under St. Patrick's Cathedral's altar since his 1979 death.

In a statement from the Catholic Diocese of Peoria, Bishop Daniel Jenky expressed his gratitude to Cunningham “for her perseverance” in the matter, and was described as “overjoyed and elated.”

There is no timetable for when the remains will be brought to Peoria, but the New York Diocese has promised to work with the Diocese of Peoria with the transfer to St. Mary’s Cathedral in Peoria.

His burial site became an issue in 2002, when the Peoria Diocese began the lengthy process for Sheen’s canonization.

Before beatification — a step before he can be declared a saint — church law calls for the body to be exhumed for authentication, and beatification typically takes place in the diocese when the cause for sainthood began.

His cause for canonization was suspended in 2014, however, because of the dispute over his remains.

PEORIA — Yet again, the New York Archdiocese is trying to stop Archbishop Fulton J. Sheen’s remains from being moved to Peoria.

EL PASO — Visitors to the Archbishop Fulton John Sheen Spiritual Center in El Paso soon will have a new place to gather: a restored 1953 passe…

PEORIA — The remains of Venerable Fulton J. Sheen have been transferred to Peoria and efforts to have the El Paso native beatified in the Roma…

PEORIA — Pope Francis has approved the miracle attributed to El Paso native Fulton Sheen, paving the way for Sheen's next step toward sainthoo…

PEORIA — Fulton Sheen, the Central Illinois native who became a worldwide voice for the Catholic church, is one step closer to canonization.

Top 10: 2019 year of drama for Sheen's cause for canonization

2019 was a year of dramatic turns for the years-long campaign to see Archbishop Fulton J. Sheen, the El Paso native who pioneered religious broadcasting, recognized as a saint. 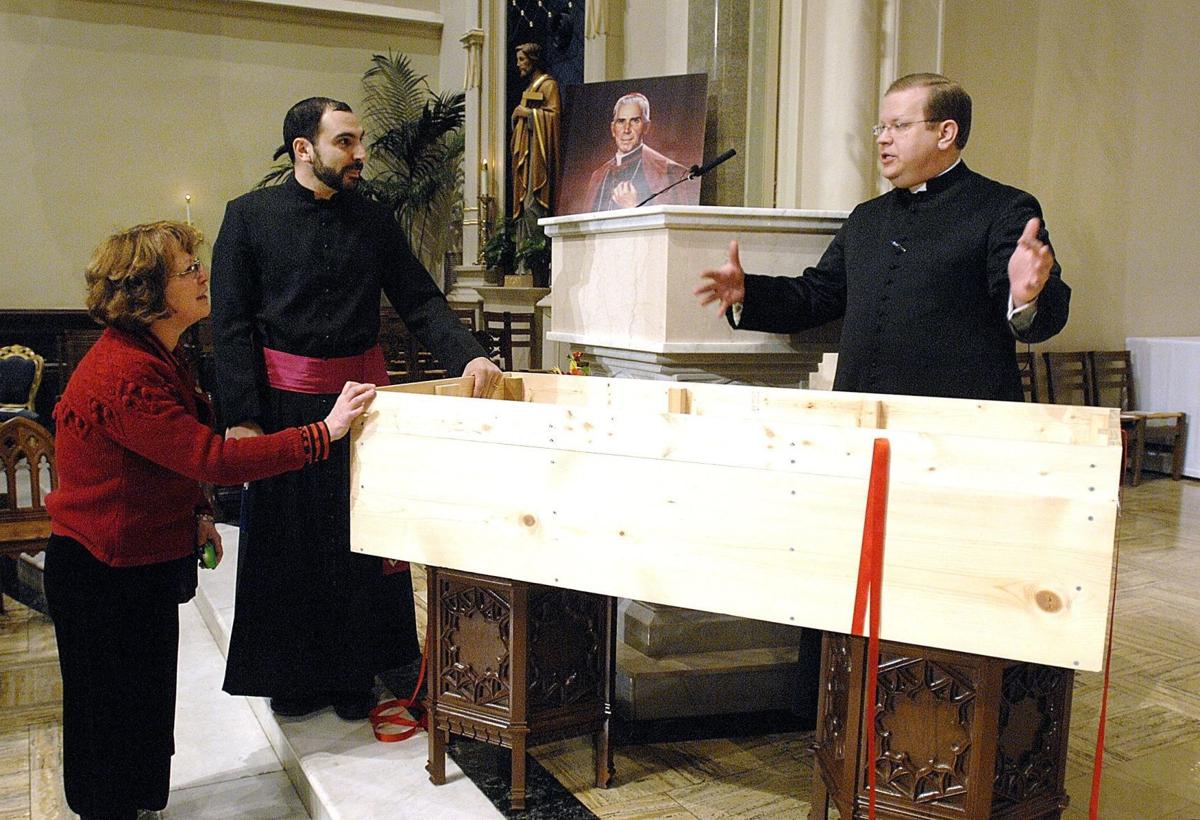 In this Feb. 3, 2007, file photo, Karen Fulte of El Paso, left, talks with Marcus Alouan of Normal and Father Stanley Deptula, right, of Peoria before the Mass fromally closing of the Peoria Diocese's phase of the cause of beatification for Archbishop Fulton Sheen at St. Mary's Cathedral, Peoria. The crate was filled with documents, books and testimonies and sent to the Vatican. 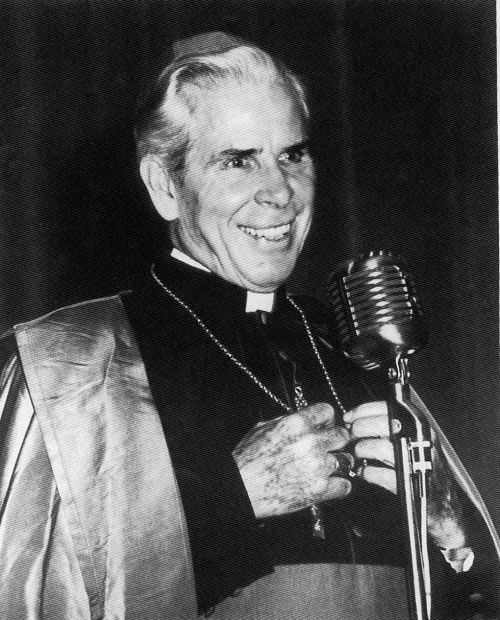