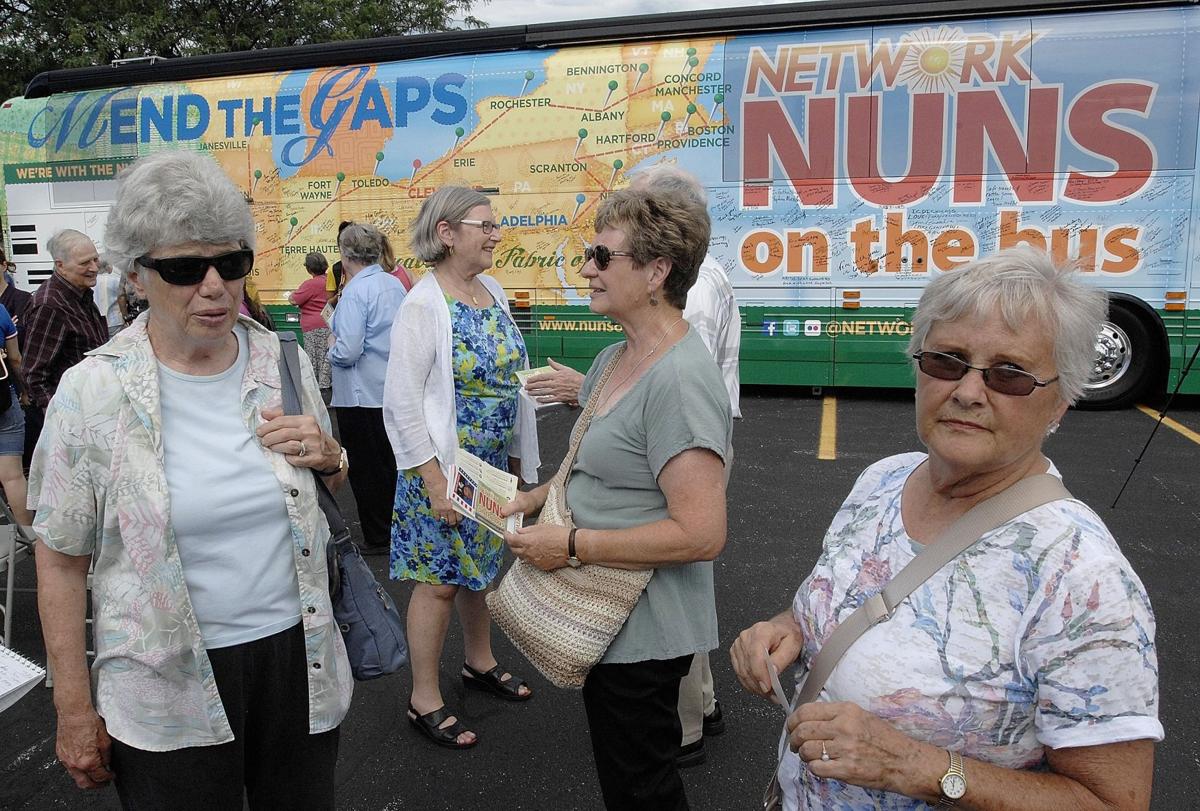 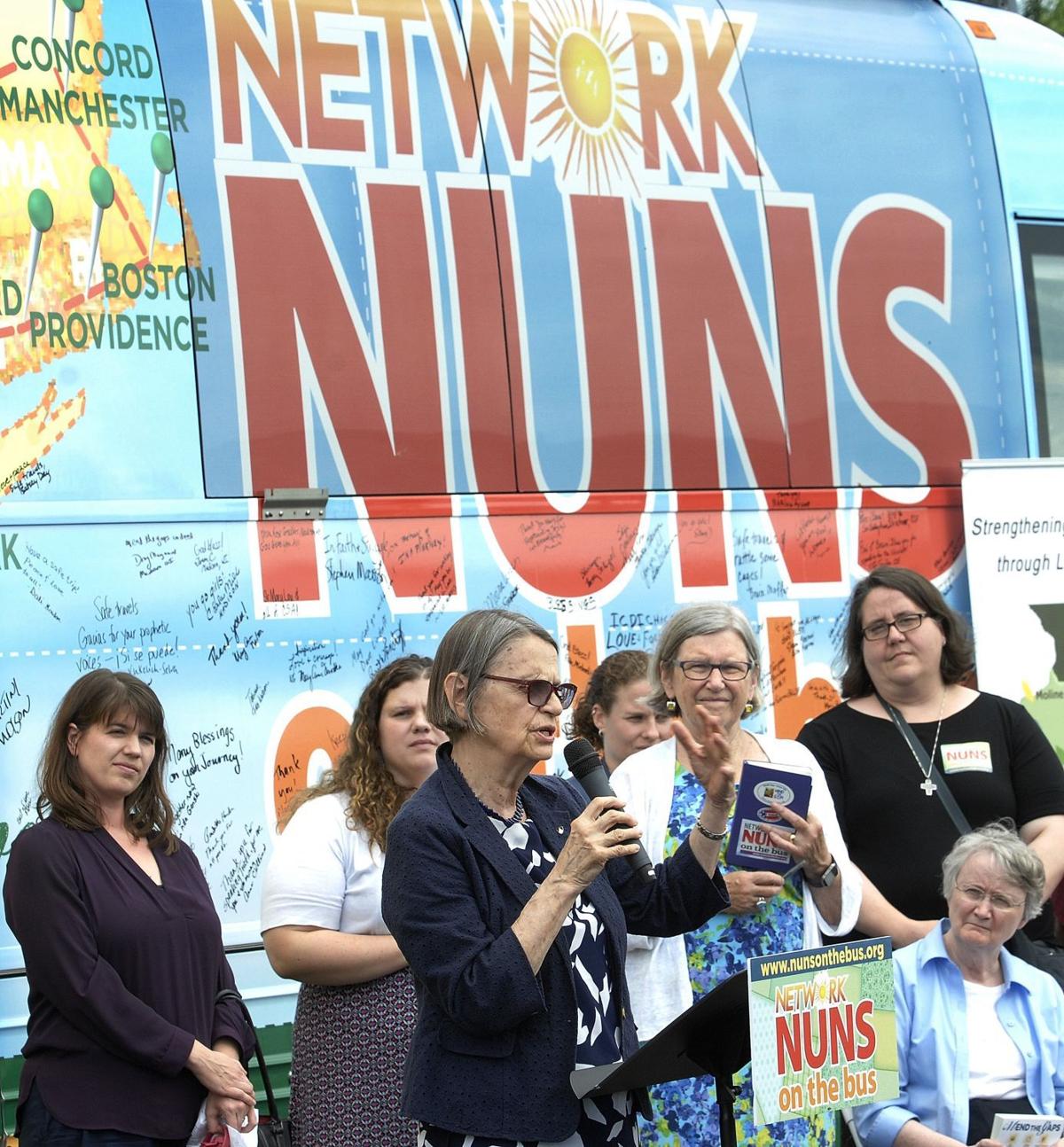 Sister Bernadine Karge speaks to a crowd of about 75 people Tuesday as the Nuns on the Bus tour stop at YWCA McLean County in Bloomington.

BLOOMINGTON — Sister Simone Campbell has a simple message for the Twin Cities on Tuesday.

"We need Bloomington-Normal (residents) to do their part to help heal the gaps in our nation," she said. "It's our same message at all the towns we go to, because if we all get engaged in it, we can heal."

Campbell is one of 19 sisters on the Nuns on the Bus tour of the the Midwest and Northeast. With a theme of "Mend the Gaps," they will spend more than two weeks asking America to promote family-friendly workplaces, living wages, tax justice, and access to citizenship, democracy, health care and housing.

While the group's agenda mirrors traditionally liberal political priorities, Campbell said the sisters are focused on how to bring people together rather than dividing them.

They started Monday in Madison, Wis., and will travel through Illinois, Missouri, Indiana, Ohio, New York, the New England states and New Jersey before ending in Pennsylvania. Stops will include small cities like Bloomington and big ones like Cleveland and Philadelphia, where they'll visit the Republican and Democratic national conventions.

"What I'm hoping is we can see similarities in what worries ... and gives hope to Republicans and Democrats so we can begin to speak of where we meet," said Campbell, who organized Nuns on the Bus and is executive director of Network-Advocates for Justice Inspired by Catholic Sisters.

About 75 people came to YWCA McLean County in Bloomington for the afternoon stop.

Attendees heard speeches from the sisters and got the chance to pledge their support and sign the bus. Many chanted "mend the gaps" during a group photo.

This is their fifth annual bus tour; they visited Illinois State University’s Alumni Center and New Covenant Community, both in Normal, in 2013.

Rutter spoke of the need for respecting immigrants: "It's terrible how many people have lived here for many years doing horrible jobs and paying taxes and we won't let be citizens."

Policy priorities for the sisters include tax reform that makes "corporations and the wealthy pay their fair share"; "significant minimum wage increases"; "paid family leave and paycheck fairness for woman"; "congressional districts that are fairly and accurately drawn"; universal health care; and "a just and inclusive federal housing policy."

"We have a torn fabric in our society with all the name-calling, the violence, the fear. ... We're better than that," Campbell said. "This is about the divides that have grown in our whole nation, and that's why we're on the road."

United Methodist Church announces plan to split over gay marriage, clergy: ‘We have come to an impasse that can’t be bridged’

Sister Bernadine Karge speaks to a crowd of about 75 people Tuesday as the Nuns on the Bus tour stop at YWCA McLean County in Bloomington.