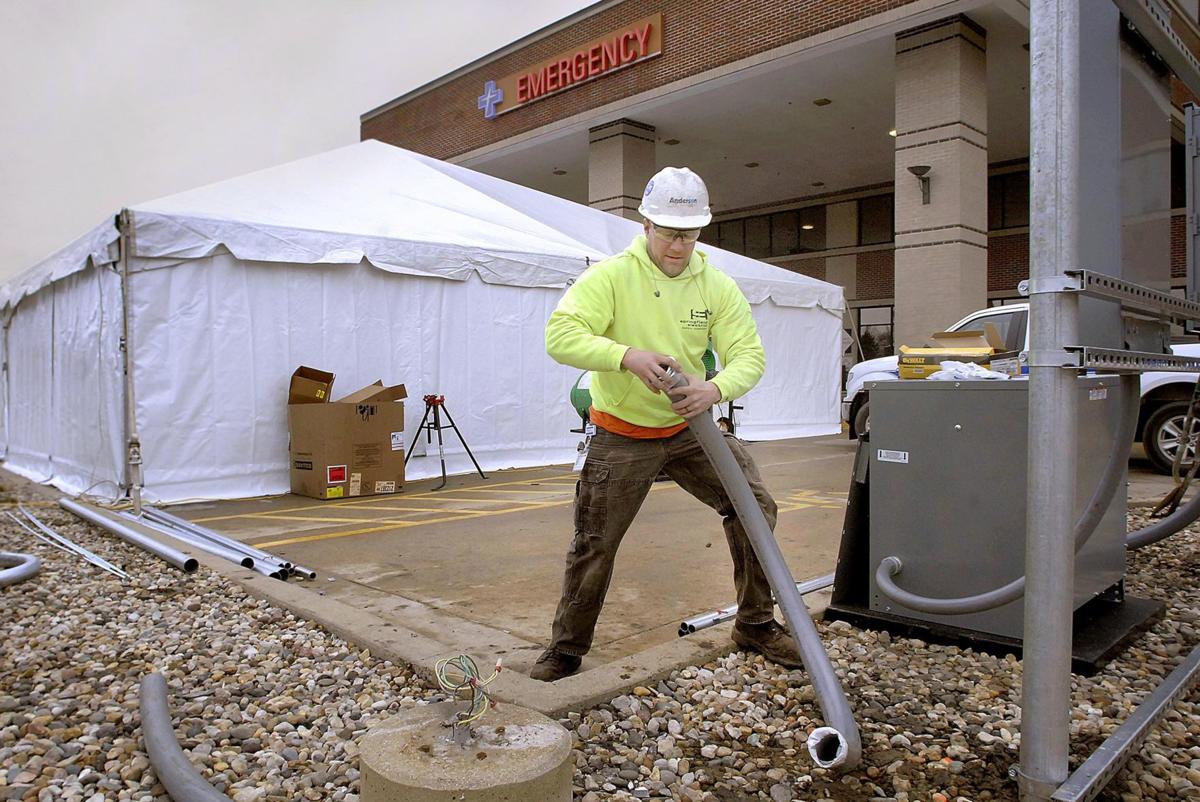 Aaron Liming, an electrician with Anderson Electric of Bloomington, installs electrical conduit Thursday, March 26, 2020, to power a tent, which that will serve as an emergency room to screen patients who have COVID-19 symptoms, outside the emergency department at Advocate BroMenn Medical Center in Normal. 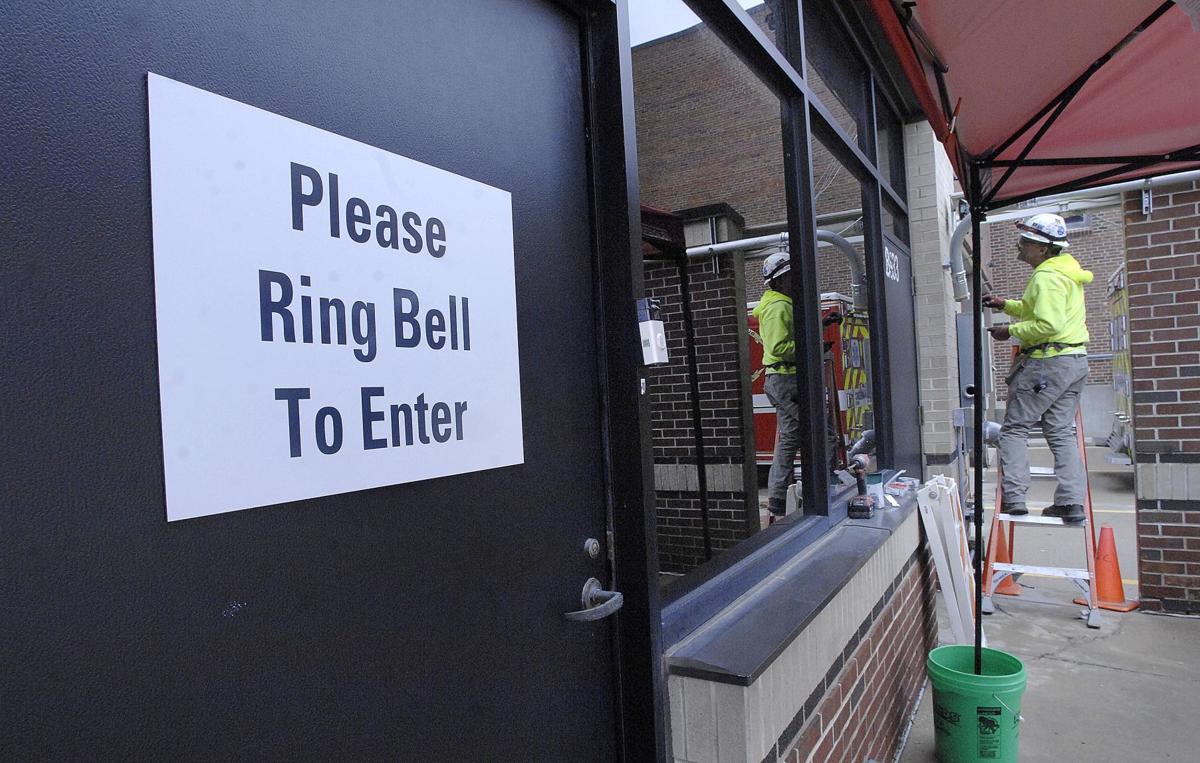 An electrician with Anderson Electric of Bloomington works outside a new entrance being built for emergency patients at Advocate BroMenn Medical Center in Normal on Thursday, March 26, 2020. The hospital erected a large tent in the parking lot to help triage patients with coronavirus symptoms.

NORMAL — Advocate BroMenn Medical Center in Normal and Advocate Eureka Hospital in Eureka have erected tents to handle a possible surge of patients as the new strain of coronavirus continues its spread in Central Illinois.

But tents come with a glimmer of good news. The number of inpatients at both BroMenn and OSF HealthCare St. Joseph Medical Center in Bloomington is down as seasonal influenza has abated, non-urgent surgeries are delayed and people are staying in so they are less likely to be exposed to viruses, said Dr. James Nevin, Advocate BroMenn and Advocate Eureka chief medical officer, and Dr. Paul Pedersen, St. Joseph vice president and chief medical officer.

The tents are outside BroMenn's and Eureka's emergency departments and will be available for patients soon after air handling equipment is installed, Nevin said Thursday.

Meanwhile, Illinois Department of Public Health announced 673 new cases of COVID-19, bringing to 2,538 the number of Illinoisans with the novel virus.

The tents will allow for greater protection of patients and staff by separating possible COVID-19 patients from others by not bringing them into main hospital buildings unless they require further treatment.

At both BroMenn and St. Joseph, non-urgent surgeries and procedures have been postponed and the hospitals have enacted visitor restrictions, Nevin and Pedersen said.

BroMenn is treating two patients with COVID-19 (one in an intensive care unit) but number of patients have tested negative for the virus, Nevin said.

St. Joseph is treating two patients with COVID-19 and several others have tested negative, Pedersen said. All St. Joseph patients with confirmed and suspected cases of COVID-19 are being treated in the critical care unit so they have a higher level of care.

Nevin said, "Any person admitted to the hospital (BroMenn) with a suspicion of COVID-19 is tested." He and Pedersen said there aren't enough test kits to test everyone who wants to be tested for COVID-19.

Regarding a possible surge of patients, Nevin said, "Fortunately, our census (number of inpatients) is low." Seasonal influenza peaked three to four weeks ago and that is helping, he said.

Pedersen said delays of non-urgent surgeries means that St. Joseph also has open beds. Because people have been staying in, those with chronic illnesses are less likely to be exposed to disease.

Advocate staff is having daily updates to determine where personal protective equipment (PPE) is needed most, Nevin said.

"At St. Joseph and Saint James (OSF HealthCare Saint James-John W. Albrecht Medical Center in Pontiac) we have adequate amounts of PPE for our staff at this time," Pedersen said. "If we experience a spike of patients, those supplies will be tested."

Nevin said some surgical masks in public areas of BroMenn were stolen by the public so nurses now control the mask supply.

"The biggest concern is saving personal protective equipment for when these surges occur," Nevin said.

Eighty percent of COVID-19 cases are mild and don't require specific treatment, Nevin said. "The last place they should be is in a hospital," he said.

Nevin and Pedersen said if people stay home as much as possible, maintain a 6-foot distance from others, wash hands frequently, cover coughs and sneezes and sterilize frequently used surfaces, the spread of COVID-19 may be lessened.c

Tazewell County has its first case of COVID-19, that county's health department announced Wednesday afternoon. McLean County remained at eight cases but is planning for more.

After reducing their practices to emergency and urgent care to limit the spread of COVID-19, McLean County dentists are making sure that patients with dental pain get the care they need while sharing personal protective equipment with Bloomington-Normal's two hospitals.

A ninth case of COVID-19 has been confirmed in McLean County, officials announced Friday morning.

Gov. J.B. Pritzker and state health officials are giving their daily update on the spread of COVID-19 in Illinois.

A tenth person in McLean County has been confirmed as having the novel strain of coronavirus as Macon County announced its first two cases on Friday night.

McLean County at 'tip of the iceberg' with 17 COVID-19 cases, health officials say

While the number of McLean County residents diagnosed with the new strain of coronavirus jumped by four on Monday to 17 confirmed cases of COVID-19, a county health official said "This increase is the tip of the iceberg."

Along with packets of remote learning materials, some students in Unit 5 received food, school supplies and hygiene items for themselves and their families on Monday.

Aaron Liming, an electrician with Anderson Electric of Bloomington, installs electrical conduit Thursday, March 26, 2020, to power a tent, which that will serve as an emergency room to screen patients who have COVID-19 symptoms, outside the emergency department at Advocate BroMenn Medical Center in Normal. 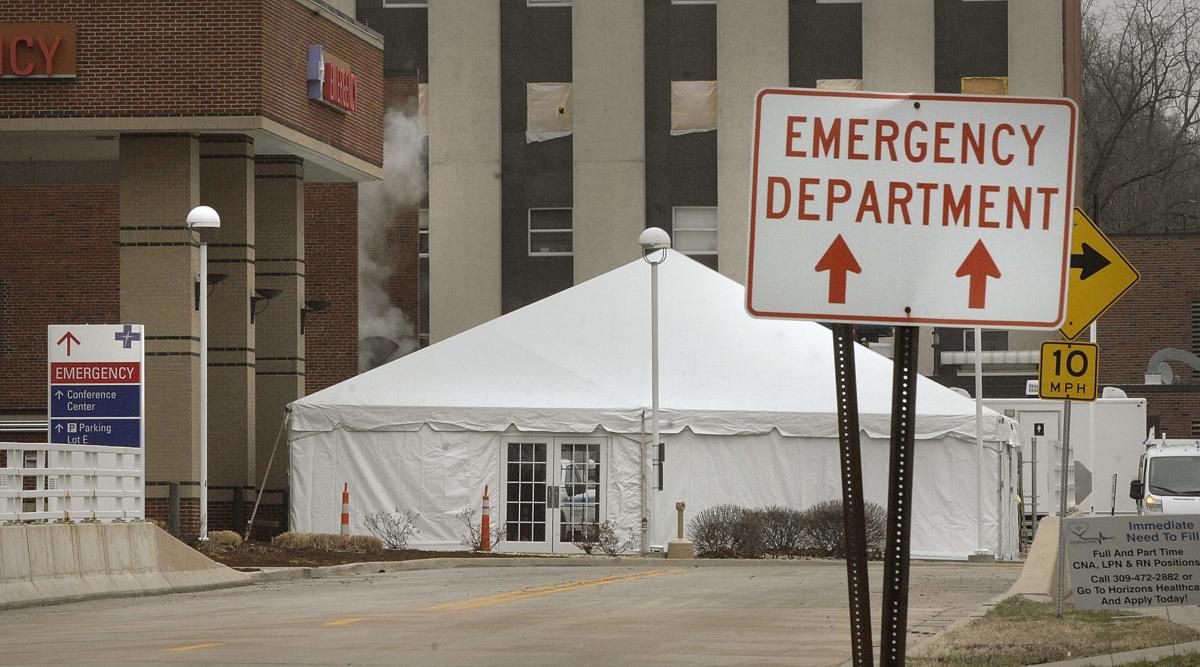 A large tent fills a parking area outside the emergency department at Advocate BroMenn Medical Center in Normal on Thursday, March 26, 2020. The tent will serve to screen patients with COVID-19 symptoms.

An electrician with Anderson Electric of Bloomington works outside a new entrance being built for emergency patients at Advocate BroMenn Medical Center in Normal on Thursday, March 26, 2020. The hospital erected a large tent in the parking lot to help triage patients with coronavirus symptoms. 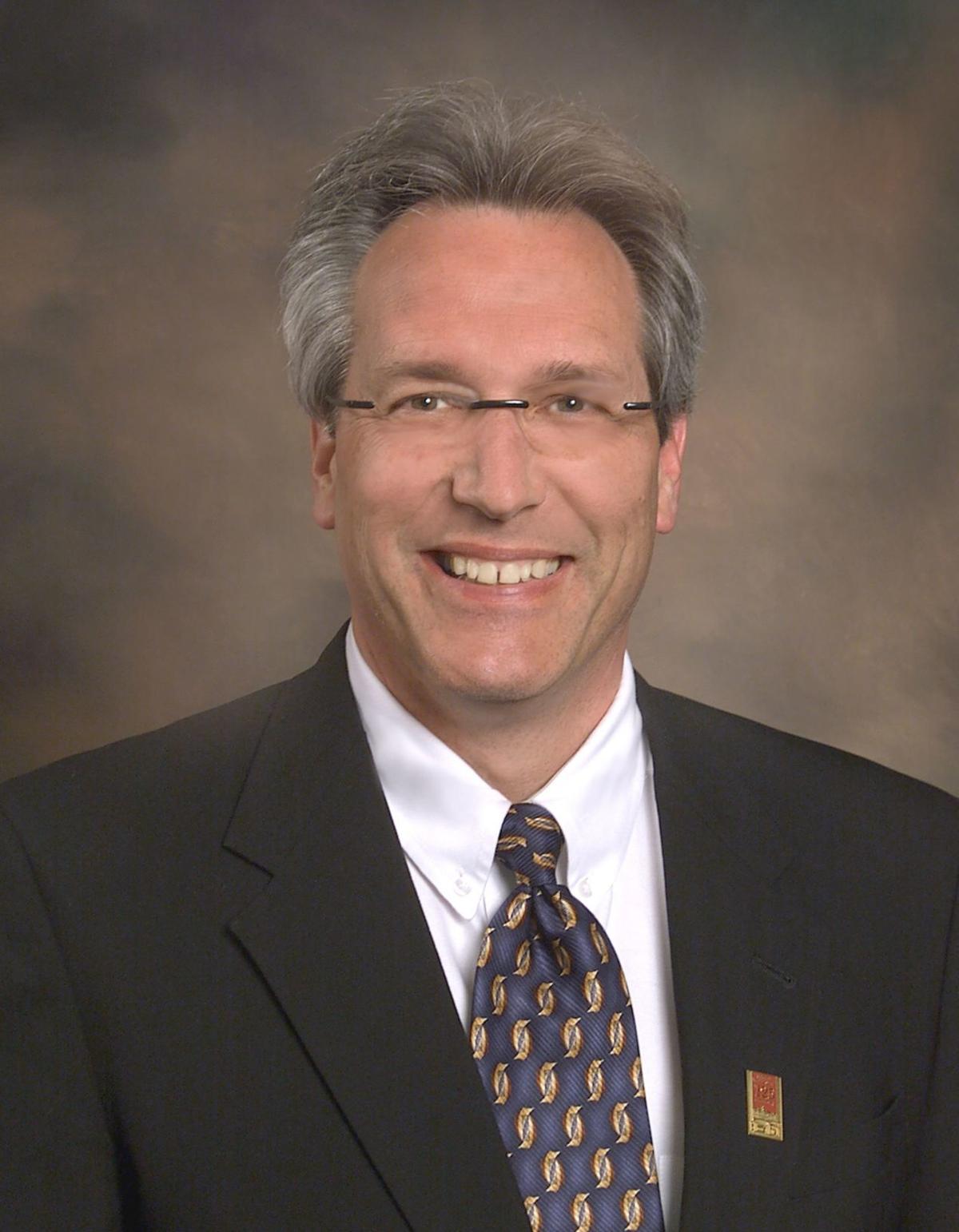