NORMAL — The patient had delivered a baby weighing more than 10 pounds earlier in the day when a nurse came in to check on her and discovered signs of hemorrhaging.

She was quickly joined by three more team members, who went to work to save the patient's life.

“This can be a significant cause of mortality,” said Janice Westpfahl, a labor and delivery nurse at Advocate BroMenn Medical Center. “Even one death is too many.”

In this case, the patient was in no danger of dying. The patient was actually a special mannequin designed to simulate post-delivery bleeding and those attending to the patient's needs were first-year nursing students at Heartland Community College.

But the scenario was a realistic depiction of what they could face in the future, said Jennifer O'Connor, dean of health sciences and director of Heartland's nursing program.

While one group was attending to the hemorrhaging patient, a second group was on the other end of the simulation lab with a birth simulator, learning about their roles when a woman is in labor and giving birth.

A third group was learning about blood transfusions. As the class progressed, each group rotated through the three stations.

The birth simulator and the postpartum hemorrhage simulator were both on loan from 3B Scientific. The Heartland Community College Foundation is looking into purchasing both simulators and related equipment with about $4,500 raised at its annual “FunnyRaiser.”

Training future nurses to respond to hemorrhaging and other obstetric emergencies is crucial as the United States and Illinois struggle with rising maternal mortality rates, explained O'Connor.

A report issued Tuesday by the Centers for Disease Control and Prevention said pregnancy-related deaths are continuing to rise in the United States, especially among black women, and more than half of those deaths are preventable.

Among factors contributing to the problem are inadequate pre-natal care and post-delivery care, and inadequate treatment of chronic diseases, such as hypertension, said O'Connor.

Although students go through clinical training during their education, they might not experience particular scenarios that could face them later in their careers, she said.

Even if a student isn't planning to be a labor and delivery nurse, learning how to handle bleeding, for example, is “valuable for a patient going into shock or someone hemorrhaging from another cause,” said O'Connor.

The college has about 65 nursing students.

Jack Hoving, a nursing student from Pontiac who took part in the hemorrhage scenario, said, “The biggest surprise was how stressful it was, even though it wasn't a real patient. … I'm thankful that we got to practice here in a controlled situation.”

Another nursing student, Holly Davis of Bloomington, said the scenario taught her how “teamwork is the key to the whole process.”

Meanwhile, other students worked at the birthing simulator with Charlotte Bland and Kaydee Parker, labor and delivery nurses at Abraham Lincoln Memorial Hospital in Lincoln.

Bland said the birth simulator is a good visual aid that also allows you to stop during the process and explain what's going on — which, of course, is not possible during an actual birth.

Another advantage of the simulator, noted Parker, is the ability to remove the stomach area so students could see inside the womb and better understand how the baby turns and changes positions during birth.

Westpfahl said the students will find the training and teamwork will continue even after they graduate and become nurses.

“When it's fast-paced and lives are on the line, you want to know you have each other's back,” she said.

NORMAL — Heartland Community College is adding a medical assistant program to its Health and Human Services Division, starting in fall 2019.

NORMAL — An agreement signed Thursday between Heartland Community College and Illinois State University will help students, hospitals and the …

NORMAL — The Heartland Community College board approved a contract with its adjunct faculty, which provides salary increases over the next thr…

Doctor: Covid-19 is 'out of control' in southern US

Doctor: Covid-19 is 'out of control' in southern US

Quest: I no longer have Covid-19, but these symptoms remain

Quest: I no longer have Covid-19, but these symptoms remain 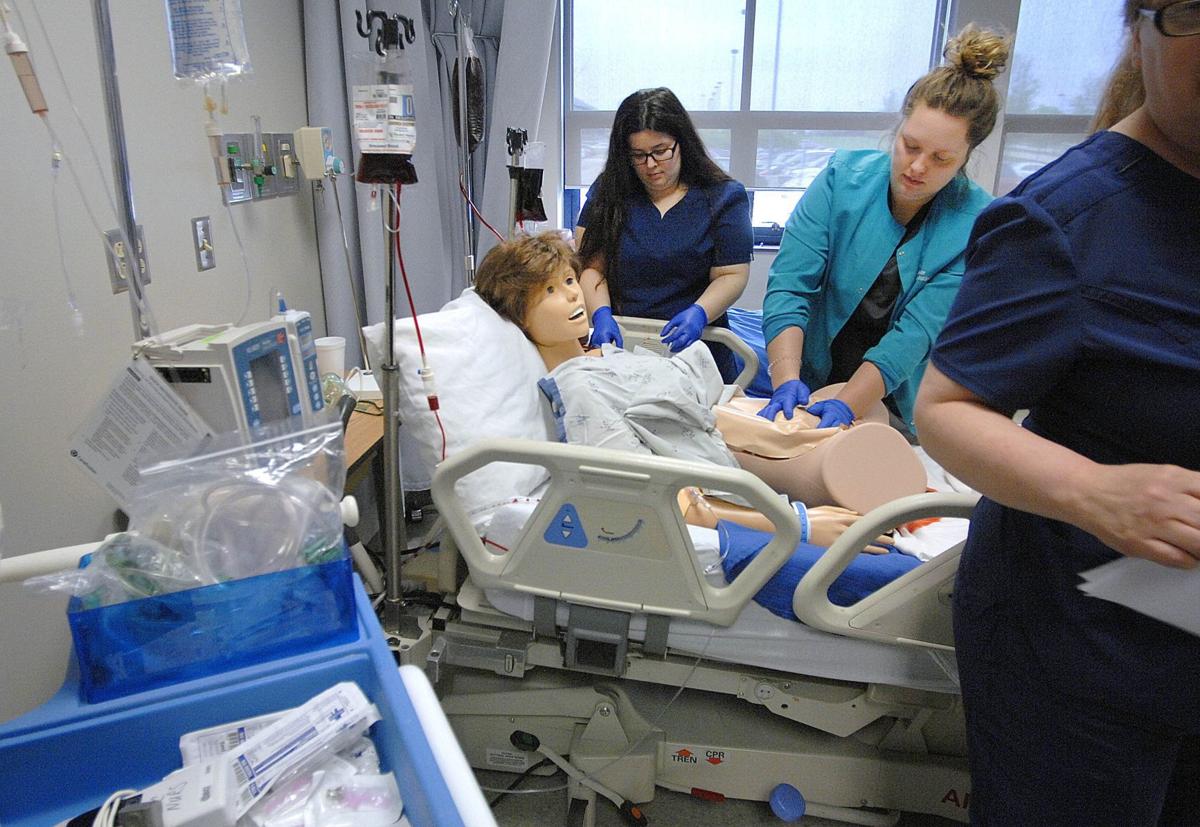 Heartland Community College nursing students Shannon Wheeler, left, and Morgan Marquis, both of Bloomington, learn to control a hemorrhage after delivery while working in the school's simulation lab on Thursday, May 9, 2019. 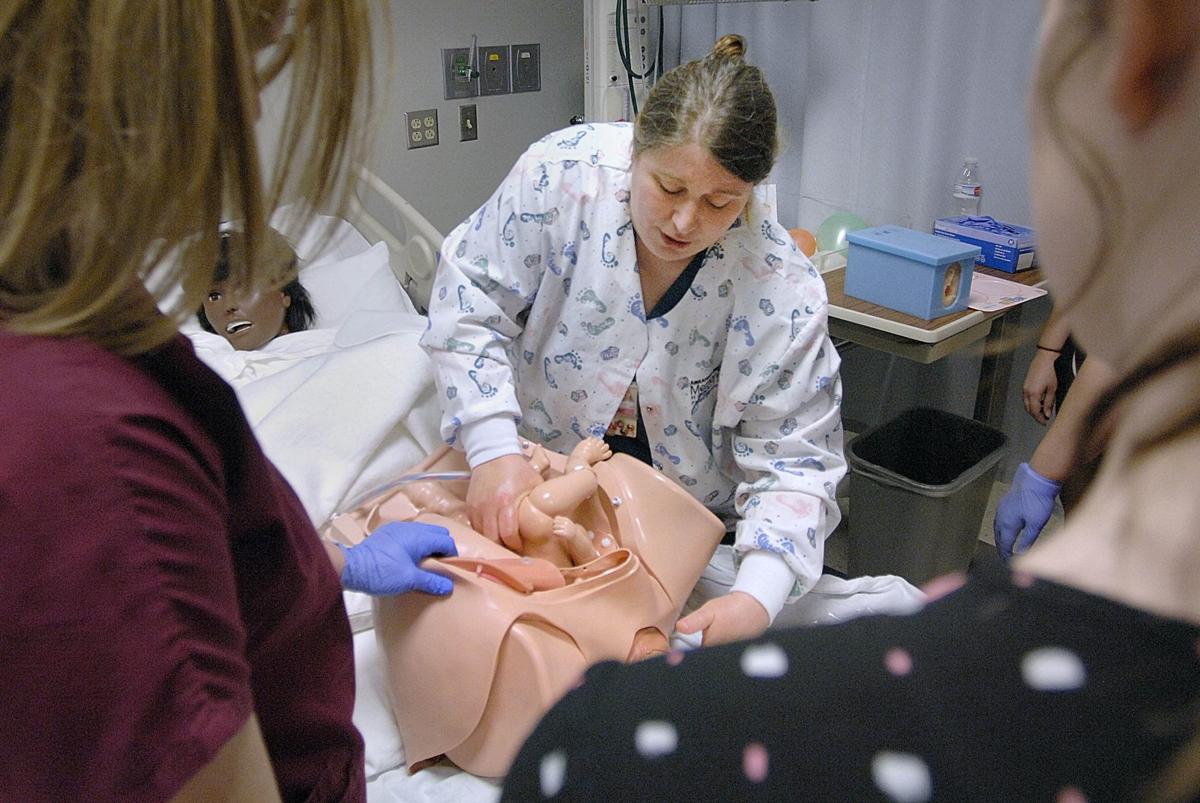 Heartland Community College instructor and registered nurse Charlotte Bland  shows students how a baby is delivered using a simulator Thursday, May 9, 2019, in the nursing lab. 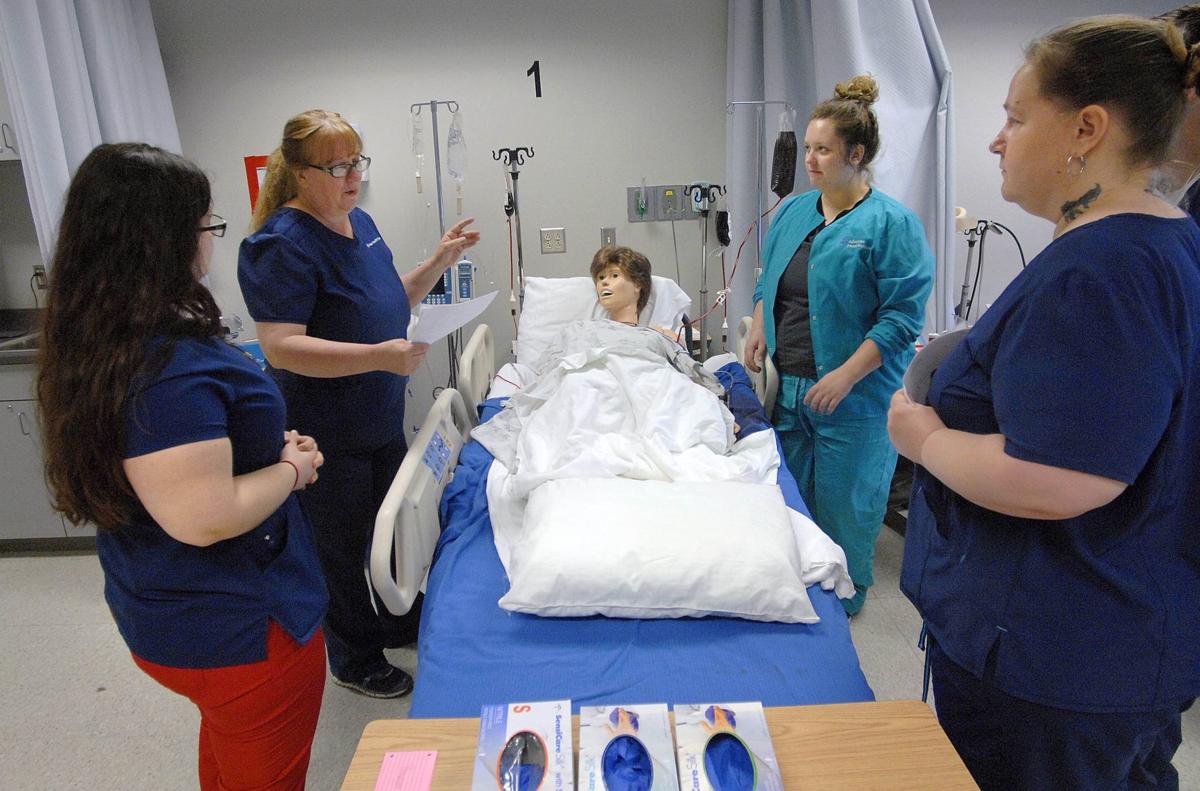 Janice Westpfahl, second from left, an obstetrics nurse with Advocate BroMenn Medical Center, explains how Heartland nursing students, from left, Shannon Wheeler, Morgan Marquis and Holly Davis, all of Bloomington, can use a simulator to control bleeding after a complicated delivery Thursday, May 9, 2019, in the nursing lab at Heartland.