PONTIAC — If the federal Food and Drug Administration does go through with a proposed ban on menthol cigarettes, Leo Melik, the owner of Leo's Tobacco in Pontiac, expects that his store will suffer a 30-40% hit in revenue.

"I doubt that we can make up for that," he said. "Obviously, it will be a big hit and I'm not sure how we will be able to recoup or get that profit margin up again."

Melik has been in the tobacco business for 12 years, which means this isn't the first time he's heard of the FDA proposing to ban the sale of menthol cigarettes. While the FDA formally announced it was "working toward" a ban on "menthol as a characterizing flavor in cigarettes and ... all characterizing flavors (including menthol) in cigars" on April 29, the discussion isn't new.

The agency was granted the authority to regulate "the manufacture, distribution and marketing of all tobacco products" by Congress via the Family Smoking Prevention and Control Act in 2009. Talks of banning menthol cigarettes have been ongoing ever since.

While that law forbade the sale of all other flavored cigarettes, advocates say effective opposition from the tobacco industry blocked menthol from being included under the ban.

"The tobacco industry argues that menthol is unique — that it's not a flavoring," Illinois American Lung Association Advocacy Director Kristina Hamilton said. "It is a very lucrative part of the tobacco market and there was a lot of very, very strong opposition."

The ALA, along with other, similarly minded advocacy groups, Hamilton said, has been waiting since 2009 for the FDA to reevaluate the sales of menthol cigarettes "and whether they should continue to be on the market."

"It did take some time, as policy change often does, but (the announcement) is different and is unique because it wasn't included in the 2009 law," she said. "No FDA, to my knowledge, beforehand, under previous administrations, have made announcements that they want to end the sale of menthol cigarettes."

At least symbolically, public health leaders call it a win.

"The biggest question, when it's all said and done, is: 'Does this move benefit the public health?'" said University of Michigan associate professor David Mendez. "Time and time again, we come to the conclusion that if you weigh the benefits versus the potential costs, there are more benefits than costs and this is a move that will benefit the public."

Mendez is the co-author of a study that concluded menthol cigarettes contributed to 378,000 premature deaths in the U.S. from 1980-2018, building upon previously-established data that shows those products, in particular, are more harmful than unflavored counterparts.

"The issue with menthol is that it is not a substance that is innocuous. Menthol has a property of masking the roughness of smoking, so it can get young people who are experimenting to transition to regular smoking more easily than regular cigarettes — and then you have more smokers. They start with menthol and they are more addicted and have more difficulty quitting."

It's a multifaceted issue for Black smokers: from 2011-2018, there was a decline in the use of menthol cigarettes among white teenagers, but no such decline was seen among Black or Hispanic/Latino youth, according to data from the FDA. While 30% of white smokers favor menthol, nearly 85% of Black smokers use those cigarettes in particular.

"There's also a disproportionate impact of menthol cigarette use on the Black community — in particular, the very targeted, predatory marketing of menthol cigarettes back in the 1950s and 60s," Hamilton said. "They have really been effective in getting millions of Black smokers addicted to their product."

In announcement regarding the proposed ban, the FDA said it was considering a study that projected a ban on menthol would "lead an additional 923,000 smokers to quit, including 230,000 African Americans in the first 13 to 17 months after a ban goes into effect." Another estimated that, overall, "about 633,000 deaths would be averted, including about 237,000 deaths averted for African Americans."

Critics say a menthol ban is tantamount to Prohibition and will create underground markets that, in turn, could affect people of color.

"I think they have not been honest about the fact that this will impact neighborhoods of color," Illinois Retail Merchants Association vice president Tanya Triche Dawood said. "African American neighborhoods are the ones that are dealing with this thriving underground market that is, generally, run by street gangs and contributes to all of the ills that a lot of African American neighborhoods are suffering with right now. Why would do something that would flood the market with more illegal activities?"

The American Civil Liberties Union, concerned the ban would lead to more police encounters with people of color, issued a letter to the FDA urging the agency to "avoid solutions that will create yet another reason for armed police to engage citizens on the street based on pretext or context that does not pose a threat to public safety."

In its announcement, FDA officials said enforcement of the ban would extend only to "manufacturers, distributors, wholesalers, importers and retailers."

"The FDA cannot and will not enforce against individual consumer possession or use of menthol cigarettes or any tobacco product," the announcement reads.

The ACLU's four-page letter assumes the FDA's proposed ban has a shot at becoming law — something not everyone thinks is likely.

"It requires Congress to put public health ahead of lobbying and campaign money," University of Michigan assistant professor Erik Gordon said. "There's a sense in which, I think, it's a tragedy at the level of every new kid who becomes a smoker, and it's a tragedy at the national level because of all the money we spend on health care. Here's something that we could do that would be costless — and we won't do it, because of the lobbying power of an industry."

Industry sales representatives who check in regularly with Melik at his strip mall-based shop told him not to get too worried about the proposal.

"They were saying that they don't worry about it," he said. "This happened many times before and it's just, like, a stand by the government, saying that they are serious about menthol and it will just go away again. I'm not sure, and I'm just quoting their words — that's what they told me."

Illinois Democratic leaders announced Thursday that they have agreed to repay federal pandemic-relief loans more than a year earlier than scheduled, saving taxpayers $100 million in interest.

Exploring the impacts of menthol cigarettes, Gordon said, is a moot point, since "the public health answer seems to be pretty clear."

"They don't need more data: It's a political issue," he said. "But the FDA gets its budget from Congress, and when pharmaceutical companies or medical device companies or the tobacco industry cranks up their lobbying efforts, Congress makes it clear to the FDA where to back off."

Gordon, who's taken an interest in monitoring the tobacco industry for decades, said he's seen the issue proposed so many times that he doesn't believe the FDA will end up banning menthol when the matter is said and done.

Congress isn't the only option for pushback against the sale of menthol cigarettes.

The clock is ticking in Springfield. Here are four issues that could come up in the final 10 days of the Illinois legislative session.

"The American Lung Association is still encouraging state and local governments to pass their own menthol cigarette laws to end the sale at the local level," Hamilton said. In Illinois, the village of River Forest and Chicago are the only municipalities with tobacco product bans in place, although both bans only apply to flavored electronic cigarettes.

If the ban does become law, it will take some time before it can be enforced on any level, at all.

"Once it's proposed, there will likely be a 90-day comment period and after that, the FDA will take some time to review all of those comments," Hamilton said. "Once the final rule is released. .. it will not take effect for another year.

"As a lobbyist, I am used to this taking a while; it comes with the territory that policies take time to create, develop and implement," she added. "But again, we've been advocating for the FDA to make this decision since the 2009 law was passed, so that means this was more than a 10 year effort to get here."

10 Bloomington-Normal photos from the Library of Congress

C. & A. [Chicago and Alton Railroad] shops at Bloomington, Ill.

Why back-to-school shopping is harder this year

Illinois will repay Fed loans with state funds, dropping appeal over rules on the use of federal coronavirus relief

Isolated thunderstorms are possible Wednesday, but a low pressure system on Thursday could bring the potential for damaging winds, hail and tornadoes, according to the National Weather Service.

A woman in her 60s was the latest fatality reported by the McLean County Health Department, bringing the total to 228 in the past year.

Why back-to-school shopping is harder this year 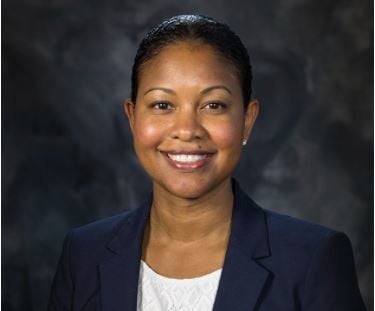