1 dead after crash on Interstate 55 near Atlanta

BLOOMINGTON — The pressure came from all sides.

When the coronavirus pandemic hit Illinois fully in March 2020, Danielle Hill felt it — as a mother of two children, a wife, a full-time employee and a caregiver to her mother-in-law with cancer.

She and her coworkers had left the office for remote work, laptops in tow, joking with each other about how the new arrangements would likely last only a week.

The schools closed next.

Then, she and her husband were talking about how to make sure their children learned effectively at home, since they needed to minimize exposure to the virus since her mother-in-law had a compromised immune system.

"In the midst of all of that, my life was this way: I was at the office and now, all of a sudden, I'm at home and now I'm a homeschool teacher," Hill remembered. "Trying to balance everything — I just got overwhelmed with everything and just very tired, physically, mentally all of it."

The severity of the symptoms increased too during that same time frame, MAH said, with over 8 in 10 people who took either an anxiety or depression screening showing moderate to severe symptoms.

"As opposed to previous disasters in the United States that affected certain specific regions or populations where aid and trauma response could be concentrated, the COVID-19 pandemic has affected the entire population of the country," the report notes.

When confronted with the mounting pressure and stress, Hill told The Pantagraph she decided to seek help.

"I was upset and stress out like everyone else, probably, but I was having a little harder time with everything that was going on — just the stress and things of that nature — so I was like, 'OK, it's time for me to get myself back into therapy," she said.

'Phone ringing off the hook'

COVID presented stress on numerous fronts, from worries about the health of loved ones and economic concerns to anxiety surrounding various restrictions, mask mandates and quarantine orders. Job losses, issues with getting vaccinated and an overall upset of daily life added to the stress.

Today, about half of Illinois adults have been fully vaccinated. On Monday, new daily COVID cases hit the lowest level in about a year, and state COVID restrictions are expected to fully roll back next week.

That's in stark contrast to the climate in spring 2020.

At the start of the pandemic, Luella Mahannah, director of Integrity Counseling, said the center she co-founded with her husband in 2014 served around 85 people.

"By August or September, we had 185 clients. That's how much we grew," she said. "At the beginning of the pandemic, the phone was ringing off the hook. People were stressed and isolated — they wanted somebody to talk to, as much as anything."

That's what Dr. Kevin Krippner, a clinical psychologist and coordinator with Carle Physician's Group Behavioral Health Bloomington, saw in his practice as well — once reality started to kick in.

"Initially there was a decrease — at the beginning of the pandemic. As time went on and the pandemic lasted longer and longer, there were more people that were calling in, asking for counseling help," Krippner said.

Similarly, although specific numbers were not provided, McLean County Behavioral Health Coordinating Council Supervisor Trisha Malott said usage of the Triage Center — a free, stop-in location on Front Street for people in need of mental health service referrals — increased in October and November. The center is aimed at redirecting people in a mental health crisis emergency departments when not needed, as well as from arrest or jail if appropriate.

"I honestly hope to see our numbers increase more from the perspective of the community knowing that there is another option and that they can be seen face-to-face," she said. "We know that's one piece that has been a challenge for individuals throughout COVID-19 — that lack of face-to-face interaction."

"We've all seen an increase in our caseload and from what I've talked to with friends and colleagues and other agencies and so forth, literally everyone has seen an increase in requests for services," he said. "It puts stress on the system, it overloads the system. It takes significantly longer for a new patient to get in and significantly longer for a patient to be able to get back in as a return."

"We've had, not in every school, but in varying communities and the schools that they're in, suicidal ideations and multiple iterations or plans or attempts to commit suicide," Root said. "We've had a lot of (domestic violence) situations, especially when the kids were remote. ...It has just exploded with the need."

Both Root and Cashen said the transition to remote learning prompted the stressors in some children, though Cashen noted some kids were able to adapt more easily than others.

"As time passed, even the kids who initially did okay — after a while, nobody was doing okay," he said. "We've seen an uptick in kids with anxiety, kids with depression, kids with social issues because of isolation — all of these things. I think that's probably across the board for people in behavioral health."

'The first step toward getting help'

It's not all bad news: Mahannah thinks an uptick in requests for help is a good thing, even if she does worry about the 20-some people on her waiting list.

"I think there has been so much during the last year that has destigmatized asking for help," she said. "I think that has helped people want to take that first step toward getting help. I think, also, a lot of it (now) is that we have had so much to do, we haven't had time to have a breakdown, in a way, and now people are like, 'OK, I need to start healing from this.'"

"Recently, as we're starting to get to the new normal and things are opening up, there's been another increase in people trying to deal with the changes that either currently occurring or that will occur," he said. "One of the things I'm telling them is to be patient with themselves — understand that it's going to take a while to readjust, just like they had to readjust to how things changed 15 months ago."

For Hill, the stressors that led her to seek talk therapy at the beginning of the pandemic have lessened, so much so that she saw her mother last week for the first time in a year. She credits seeking mental health treatment as part of why she was able to get through the year.

"It's OK to not be OK," she said. "There's all this stigma around mental health and counseling: The shame, the guilt — I've walked through that and it's so much more freeing being on the other side. There are resources out there for a reason."

About 51% of all Illinois adults are considered fully vaccinated, with 67% having received at least one dose of vaccine.

As pandemic-related restrictions continue to ease, blood donation centers hope to make up for a challenging year that saw fewer donations even as the need for blood remained the same.

In an interview with The Pantagraph, Lt. Gov. Julianna Stratton talks about legislation regarding training for health care professionals treating patients with dementia.

Watch now: Illinois State University to give students a choice: shot or test

As ISU moves toward a more normal college experience this fall, it announces planned policies on COVID-19 vaccinations.

Day care facilities in Bloomington-Normal have consistently been at or near capacity for months. Staffing is one of the lead causes, but local child care employees say the pandemic has exasperated the problem. 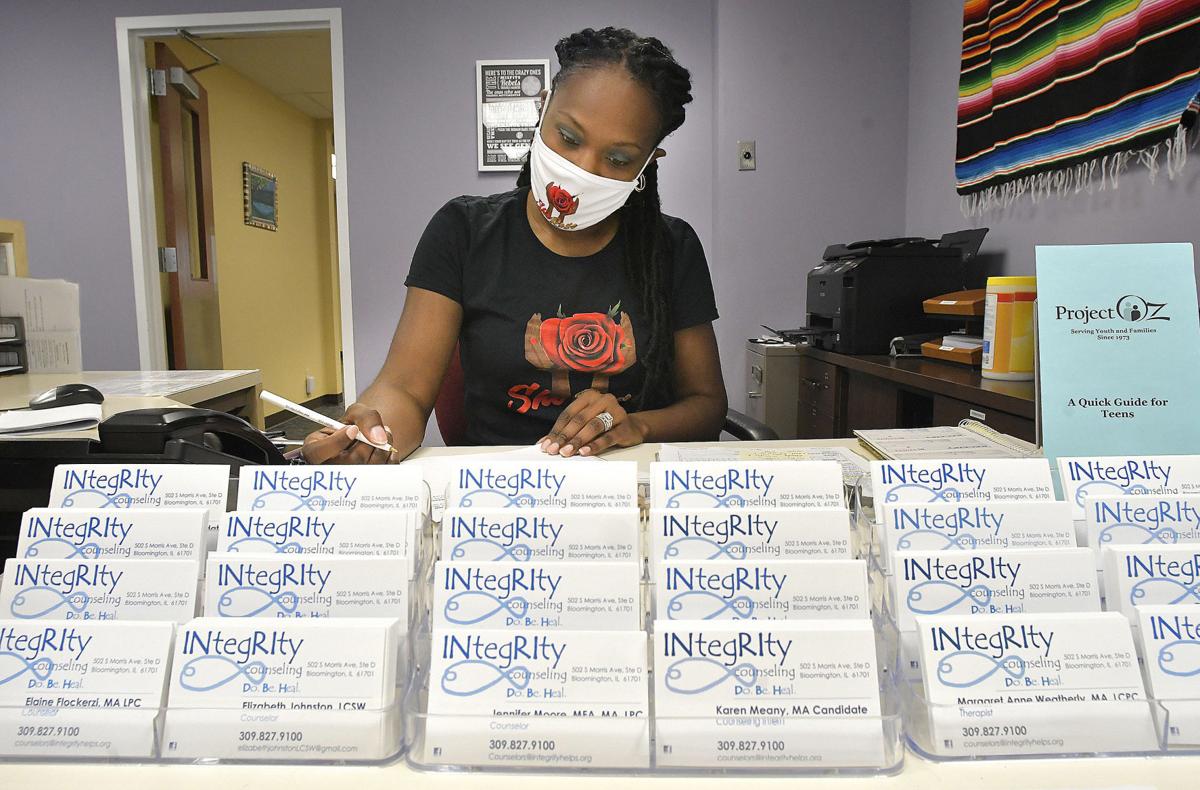 Danielle Hill volunteers on the front desk at Integrity Counseling in Bloomington. Mental health help has been in demand amid the COVID pandemic. 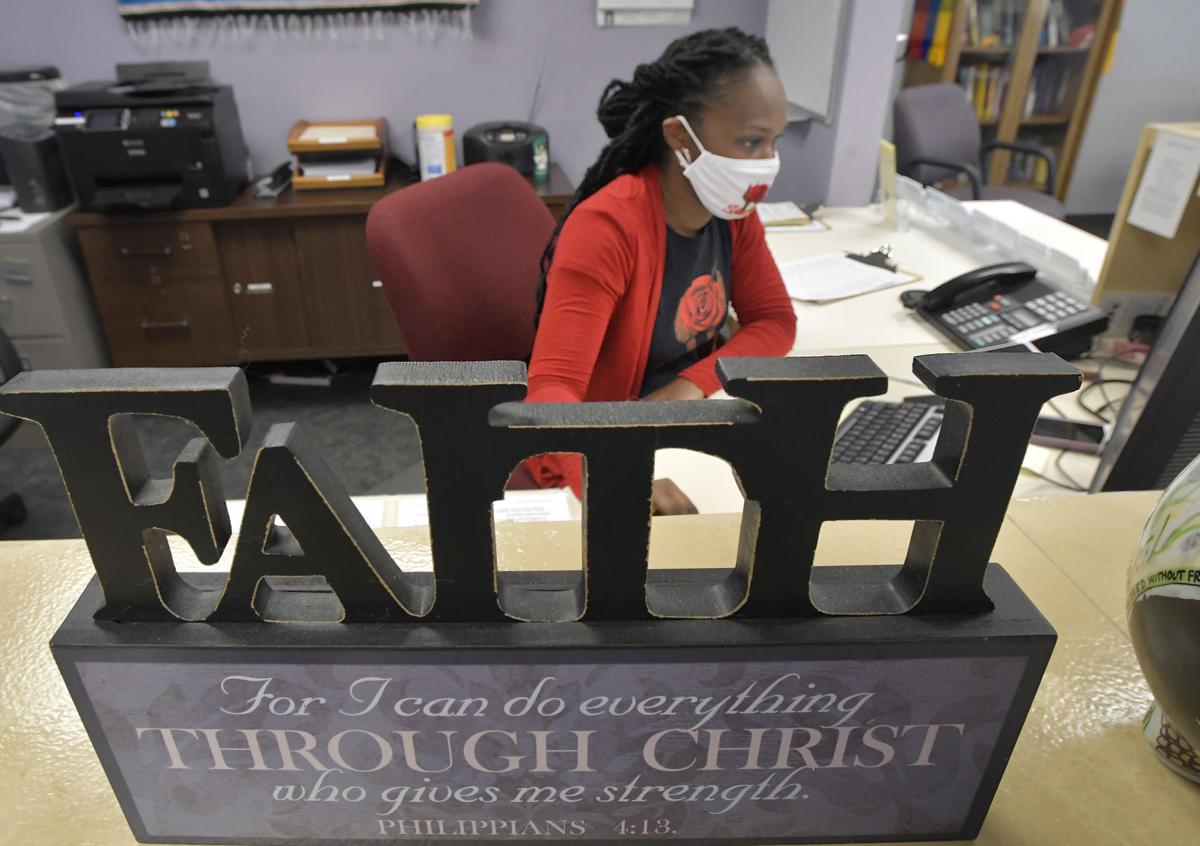 Faith motivates Danielle Hill to volunteer and overcome the obstacles she faces as she works the front desk at Integrity Counseling in Bloomington. 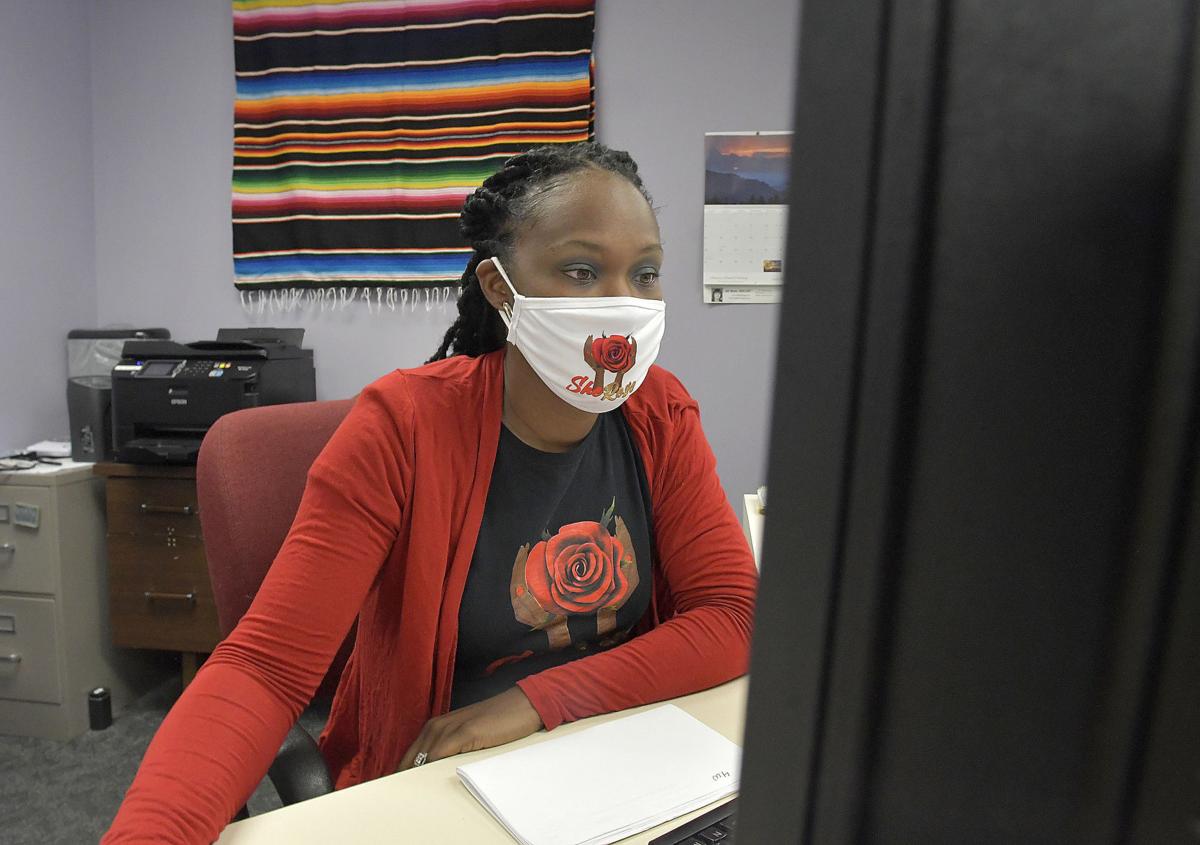 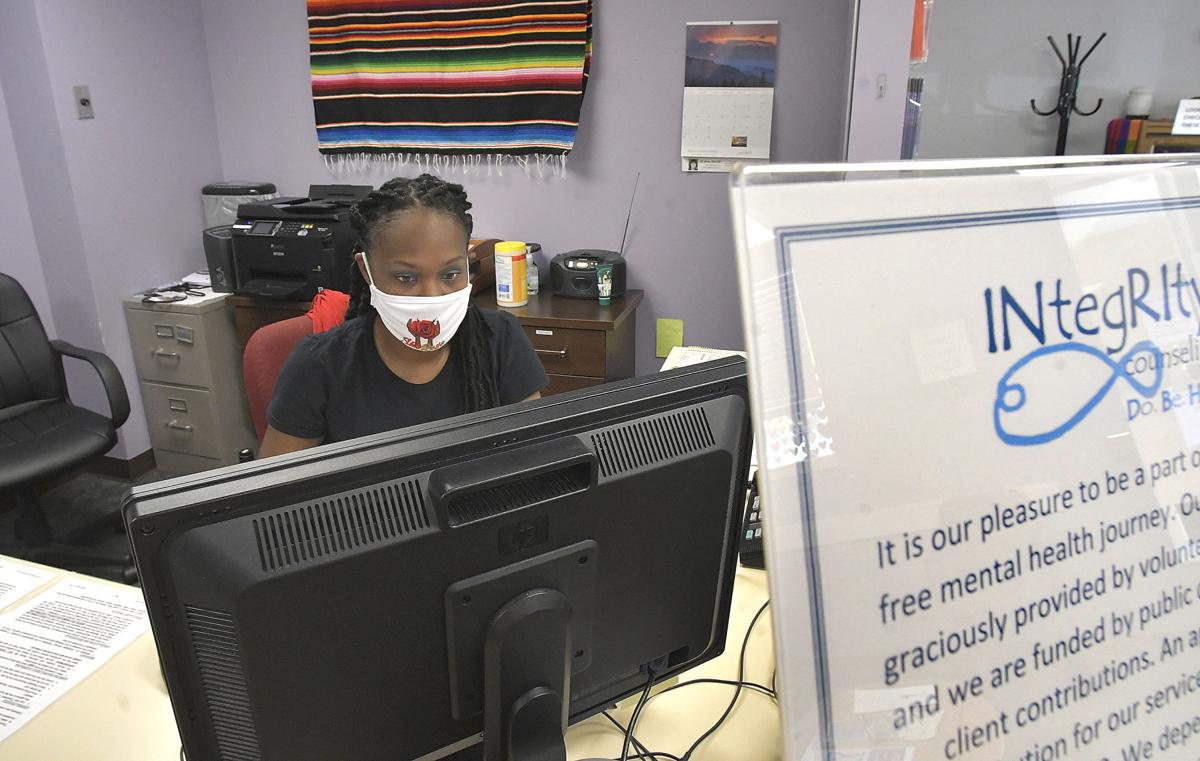 Faith motivates Danielle Hill to volunteer and overcome the obstacles she faces as she works the front desk at Integrity Counseling, 502 S. Morris Ave. in Bloomington, Thursday, June 3, 2021.