CHICAGO —  An alleged “national puppy laundering ring” that supplied dogs to Chicago pet shops has been shut down following a Chicago Tribune report that exposed how the stores were selling purebred and designer pets as rescues, despite the city’s anti-puppy mill ordinance.

Iowa Attorney General Tom Miller announced Wednesday that two so-called rescue shelters have agreed to cease operations as part of settlement with the state, which had sued the nonprofit rescue groups, a commercial broker and their officers for fraudulent practices in March 2019. The two groups must also pay the state $60,000, permanently cease deceptive practices and agree to other restrictions as part of the settlement.

Iowa officials alleged the owners J.A.K.’S Puppies started Hobo K-9 Rescue in 2016 as a way to provide pricey pups to businesses in California and Chicago, where laws require pet stores to sell only shelter animals. Pet Luv Pet Center, a store in the Scottsdale neighborhood on the Southwest Side, acquired about 765 purebred and designer puppies from Hobo K-9 and sold them for more than $1.1 million between 2016 and November 2018, according to the attorney general’s findings.

Pet Luv’s written “puppy guarantees” provided to its customers claimed that the “breeder” of these dogs was “Hobo K-9 Rescue," not the actual for-profit breeders from whom Hobo K-9 brokered the puppies, Miller said. Pet Luv sold most of the dogs -- which included Yorkshire terriers, Teddy bears, bichon frises and German shepherds -- for more than $1,000 each.

The store’s owners, who could not be reached for comment, were not a defendant in the complaint.

Another Chicago pet store that sourced its puppies from Hobo K-9 was paid $3,600 by a customer who “adopted” a “rescued” goldendoodle.

The nonprofit shelter owners -- Jolyn D. Noethe and Kimberly K. Dolphin of Hobo K-9 and Russell Kirk of Rescue Pets -- did not admit any wrongdoing under the terms of the deal, but they agreed to the restrictions imposed by the state. The companies may continue to transfer dogs commercially and can provide puppies to legitimate shelters, but they cannot organize any new nonprofit operations, Miller said.

The defendants also must provide a quarterly report to the attorney general for three years, documenting the animals they transfer, sell or donate, as well as the destination of the animals to ensure they comply with the settlement.

Attorneys for the individuals and their respective businesses did not return calls seeking comment Wednesday.

In the civil complaint the Iowa attorney general filed against the defendants last year, Miller called them “integral actors of a national puppy laundering ring.”

The settlement does not give them immunity from any future legal actions by other government agencies or consumers.

“This case was the first of its kind brought by any state attorney general, and this settlement will ensure the defendants never again attempt to evade ‘puppy mill’ bans,” Miller said in a statement. “This outcome should send a strong message to others who are thinking about engaging in similar fraudulent activities in Iowa.”

The Iowa attorney’s general’s office opened its investigation in June 2018 after the Tribune found that a loophole in Chicago’s anti-puppy mill ordinance allowed three city pet stores to sell puppies supplied by rescues that are closely linked to longtime commercial dealers.

In an arrangement that is not an express violation of the city ordinance but runs counter to the spirit of the ban, records show these rescues provided city shops each year with hundreds of purebred and designer-mix puppies -- all of which came through kennels and properties owned by for-profit businesses or dealers.

J.A.K.’S and Hobo K-9 were heavily cited in the Tribune report, as public records showed there was little distinction between the two north-central Iowa operations.

Both entities used the same storefront along Britt’s Main Street as their business address on veterinary inspection certificates, though a sign on the door identified it only as the J.A.K.’S office. The rescue puppies were fed at the same time, examined by the same veterinarians and often transported on the same day as the commercial ones sold to suburban pet shops, state records show. The vast majority came to the Chicago area at 8 weeks old -- the earliest a puppy can be separated from its mother under Illinois law.

J.A.K.’S exported 805 dogs to Illinois between January 2015 and November 2017, according to certificates of veterinary inspection filed with the Iowa Department of Agriculture and Land Stewardship. The records show 71% of the puppies were purebred, while the remaining 29% were considered designer mixes. The J.A.K.’S puppies had a median age of 61 days at the time of their inspections, which typically occurred a few days before transport.

Hobo K-9 Rescue, which was formed in September 2016, exported 512 dogs between its inception and December 2017, according to the inspection certificates. About 73% of the puppies were pure breeds, while 27% were designer mixes.

The median age for the Hobo rescue puppies was 61 days at the time of inspection, just like the dogs that J.A.K.’S sold to suburban pet stores.

Hobo sent all 512 puppies labeled as rescues to Pet Luv Pet Center just south of Midway Airport, records show. The Tribune investigation found none of the exported animals was older than 16 weeks or mutts, an unusual inventory for a rescue organization.

Chicago passed an ordinance in 2015 banning shops from selling the commercially bred pets. At the time of its passage, pet shop owners criticized the law and said typical rescue groups could never provide the kind of high-end, purebred and designer mix puppies customers wanted.

The measure was intended to prevent Chicago businesses from sourcing dogs from so-called puppy mills, large-scale breeding facilities often criticized for deplorable conditions and mistreatment of the mother dogs.

By misrepresenting a dog’s origins, critics say the businesses hinder the Chicago ordinance’s goal to reduce the number of shelter dogs euthanized in the city each year.

The practice also misleads customers, some of whom may have only wanted a rescue puppy, the attorney general said.

“Legitimate rescue groups have told us the activities of these sham nonprofits discredited and demeaned the good work that they do,” Miller said.

Cari Meyers, founder of Chicago-based The Puppy Mill Project, which was behind the 2015 Chicago ordinance and has long complained about the Iowa puppy provider, said such judgments are long overdue.

She encouraged attorneys general in Illinois and Missouri, where the Tribune found another provider of purebred puppies to the Chicago area is based, to take similar action. Meyers said attempts to close the loophole in the city’s ordinance that has allowed such purebred sales to continue are moving frustratingly slowly.

She is cautiously optimistic the Iowa settlement may lead to real change, though she pointed out that some providers in the industry simply reopen later under a different name.

“I honestly feel like I could cry,” she said after reading terms of the settlement. “It’s certainly a moment I’ve been waiting for, and the fact Iowa didn’t waste time and was able to get something done this quickly will help protect consumers who are buying these dogs without knowing they are not from rescues. Hopefully it’s a watershed moment in our fight and others will follow.”

The Humane Society of the United States also applauded the Iowa judgment.

DES MOINES, Iowa — Those who operated an alleged national puppy-laundering ring masquerading as pet rescues have agreed to dissolve the organizations and pay the state $60,000 as part of a settlement, the Iowa Attorney General's Office said Wednesday.

The lawsuit said consumers were misled about the true source of the puppies and that the defendants abused their Iowa non-profit status to circumvent state and local laws banning the sale of “puppy mill” dogs.

The defendants denied the allegations but agreed to the consent judgment.

Attorney general investigators said they found that the two nonprofits transferred at least 3,600 dogs to entities in California, Illinois, Florida, Missouri and New Jersey from September 2016 to September 2019. The dogs included Pomeranians, shar-peis, Alaskan Malamutes, poodle-Yorkies and other high-priced purebred and designer breeds.

Illinois taxpayers will have longer to file their state income taxes this year because of the coronavirus outbreak. 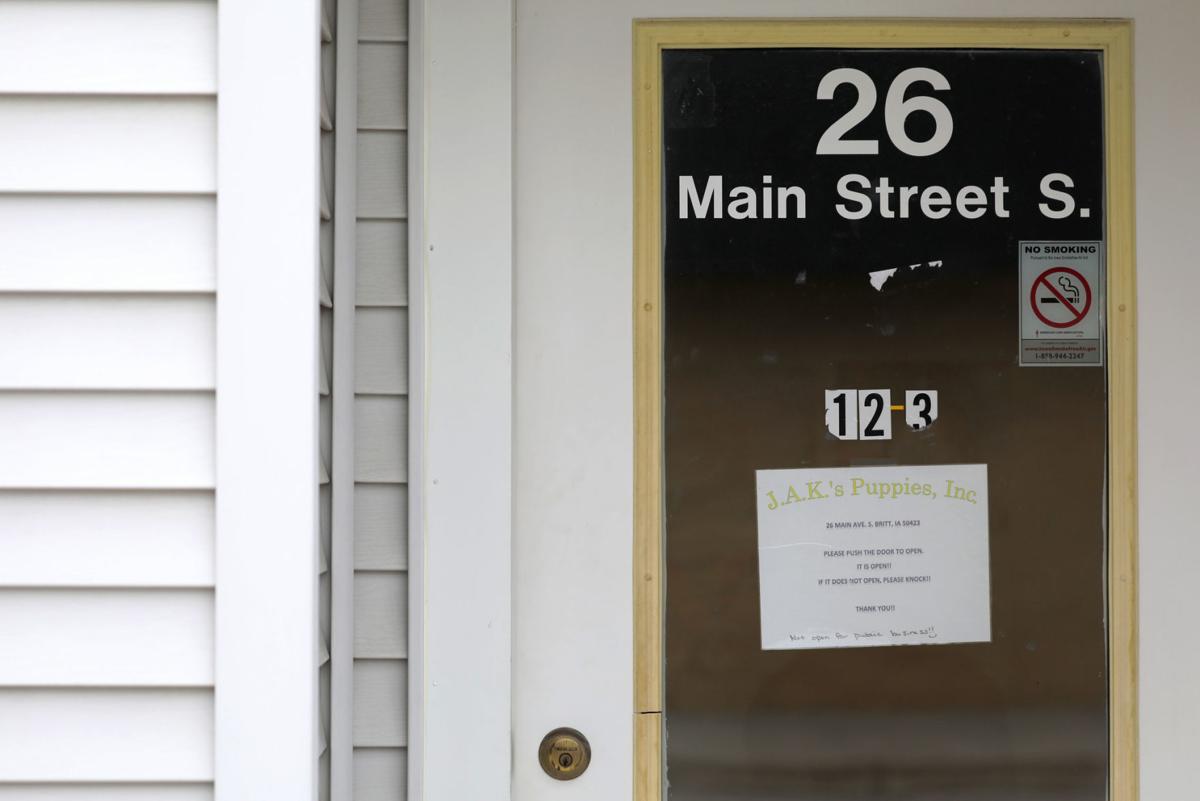 This storefront in Britt, Iowa, was the listed address for Hobo K-9 Rescue in public records, but a sign on the door identified it only as the for-profit J.A.K.'S Puppies. 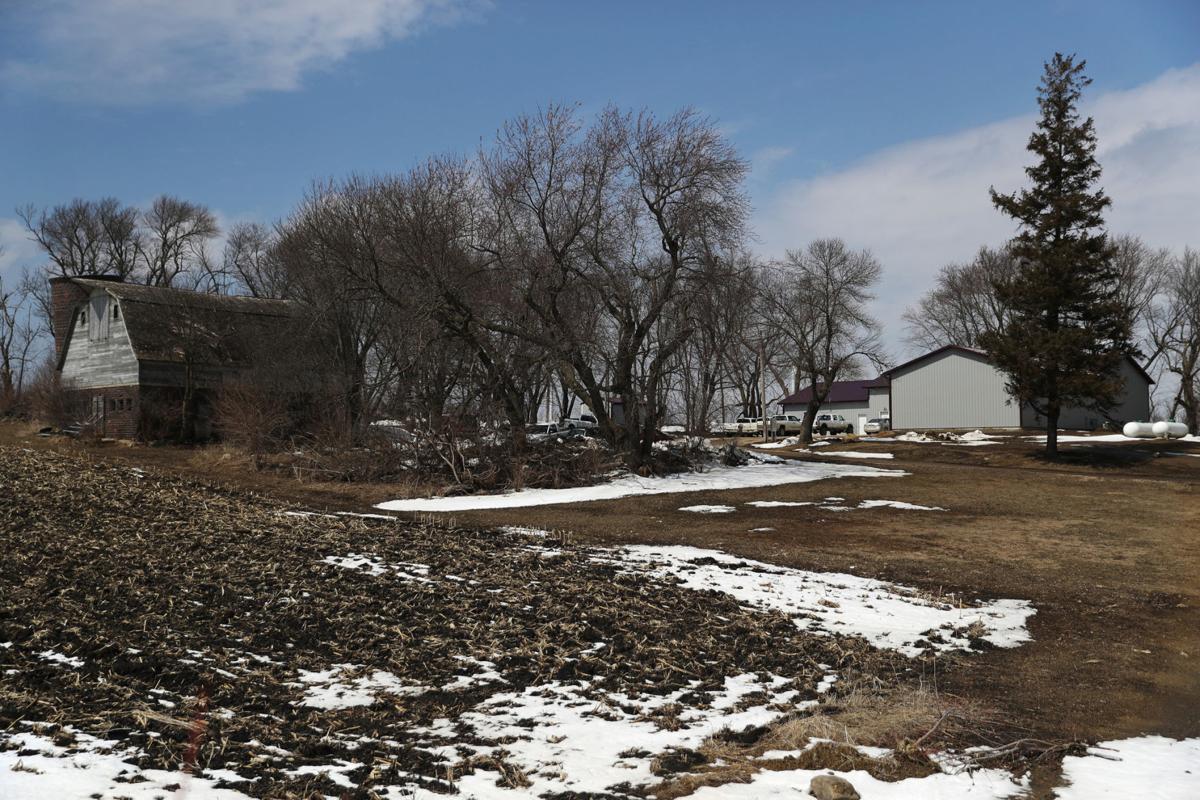 The property for J.A.K.'S Puppies where the dogs were kept before transport was located in the small farming community of Britt, Iowa,