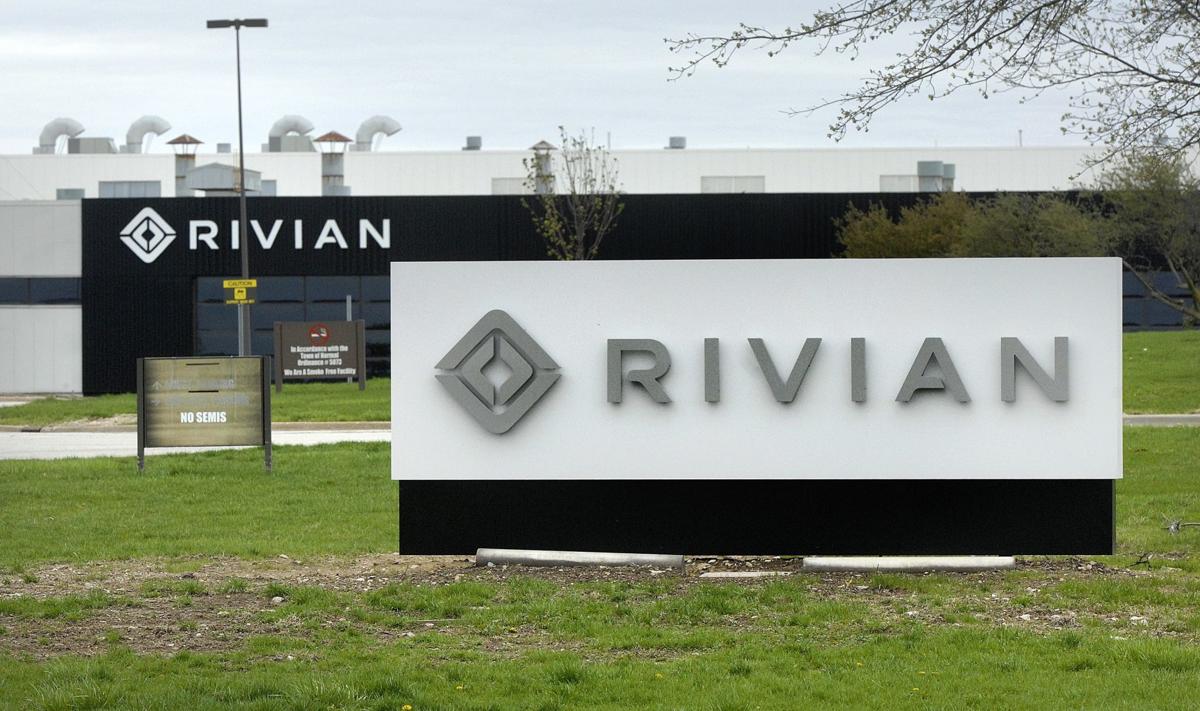 Mitsubishi Motorway, the stretch of U.S. 150 leading to the company's former plant in west Normal, is being renamed Rivian Motorway in honor of the electric car startup that's taken over the facility and, Normal and Bloomington officials said, looks more and more like a long-term pillar of the Twin Cities. 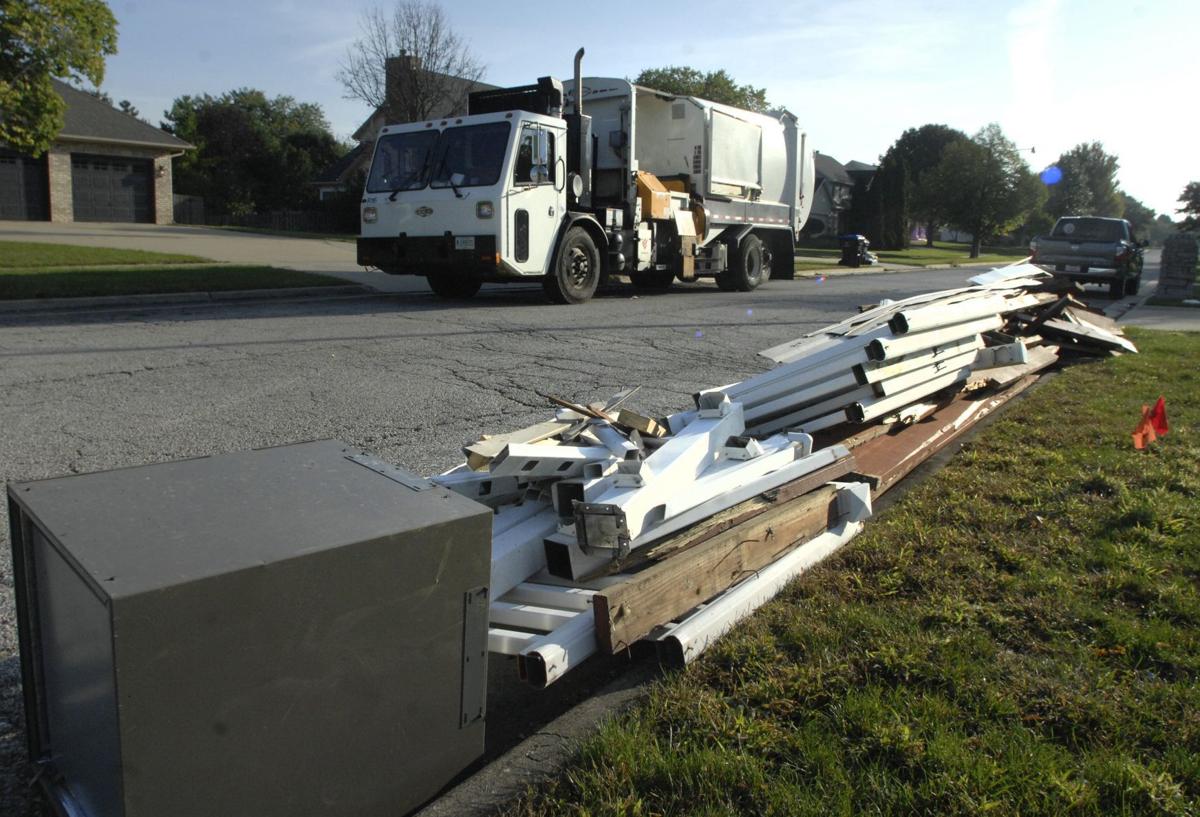 A City of Bloomington Public Works garbage truck passed by a load of building materials that would be picked up by a bulk trash crew on Thornwood Lane Monday, Oct. 1, 2018. 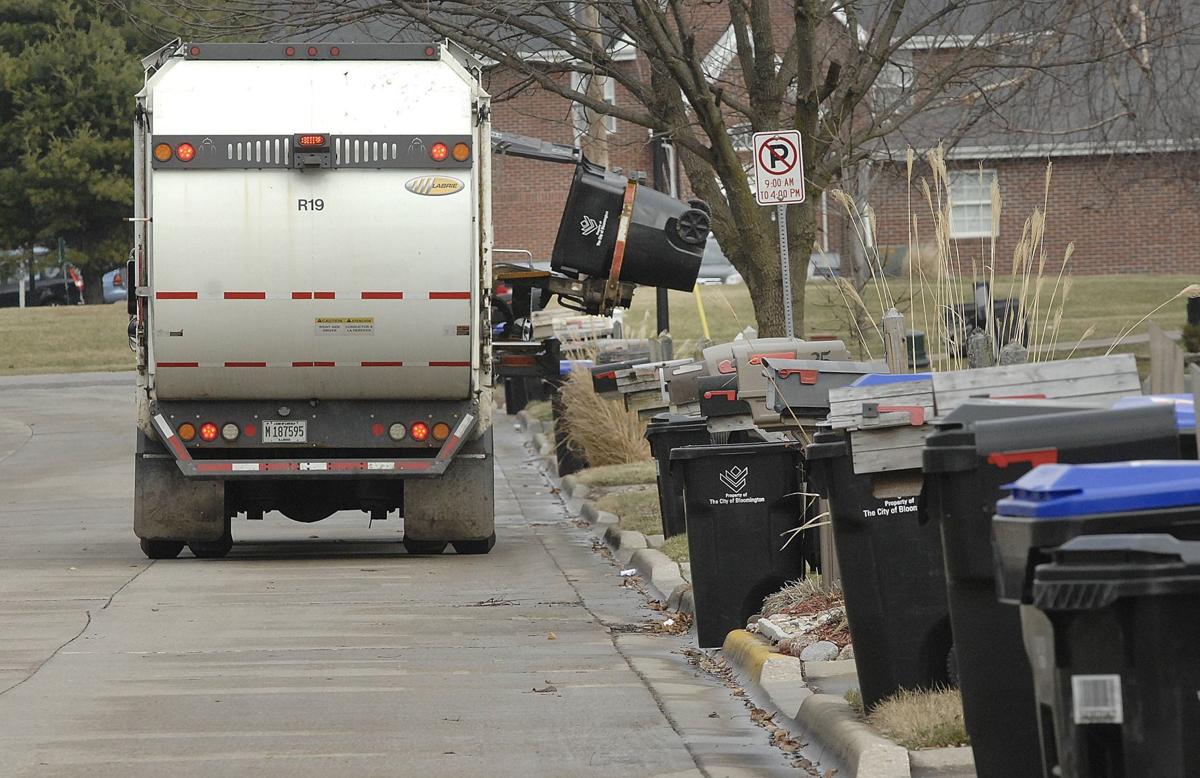 In thei Feb. 24, 2017, file photo, a city of Bloomington garbage truck collects trash on Parkshores Drive before taking its collection to the McLean County landfill.

BLOOMINGTON — The City Council put off buying three automated garbage trucks for about $1 million until next month so it can see more research on whether the city should switch to electric models.

The council voted Monday night 5-4 to support Ward 6 Alderwoman Jenn Carrillo's motion to delay action until Sept. 9. That will let Public Works Director Jim Karch research whether electric trucks would be more viable and cost-effective than diesel ones.

The item was pulled from the consent agenda for further discussion after Ward 8 Alderman Jeff Crabill said the council received an email from William Rau, a professor emeritus at Illinois State University and a spokesperson for Illinois People’s Action, urging them to consider using electric garbage trucks.

When the city staff researched the issue last year, "the technology did not seem to be there yet ... the expense of the equipment, it was hard to overcome," said Karch.

Some communities are conducting pilot projects using electric garbage trucks, "but we are not seeing a flood ... jumping onto this," said Karch, adding that some studies quoted the cost as "almost double upfront because the technology of the batteries was not there yet."

Karch said the city is in the process of replacing its 14 garbage trucks over several years, "so if by next year (the technology) is ready we can begin making that transition next year. If it is not, we can look at it the following year.

In another matter, the council voted 7-2 to change Mitsubishi Motorway in Bloomington to Rivian Motorway to recognize the technology company that bought the closed Mitsubishi Motors North America plant in Normal.

Carrillo and Ward 2 Alderwoman Donna Boelen cast the dissenting votes. Boelen said she objected to the name change because she wants the city to stop naming streets after businesses because "companies come and go and streets stay the same." Boelen and Painter said they heard from some business owners who said renaming the street would cost them $3,000 to $5,000 to change their websites and advertising.

Rivian officials were prepared to reimburse affected businesses up to "a couple hundred bucks," but "not near that amount at all," said City Manager Tim Gleason.

The Normal City Council and the Emergency Telephone Systems Board approved the change in July. The change still needs to be approved by the McLean County Board.

The council also voted 8-1 to use some of the city's state motor fuel tax money to cover $600,000 for a second phase of design work to extend Hamilton Road between Bunn Street and Commerce Parkway. The city expects to be reimbursed later by the federal government for 80 percent of that cost.

The stretch of road is needed to complete a continuous east-west corridor south of Veterans Parkway.

Carrillo said she does not support the project because she has heard from constituents who think it "promotes outward sprawl instead of investment in our inner core."

On a motion made by Painter, the council voted 7-2 to approve appointments to various boards, except for John Corey and Guadalupe Diaz III to the city's transportation commission. Painter said they should be appointed to the boards that were their first choices, which for Corey was the Connect Transit board and for Diaz, the city planning commission. Black and Crabill did not support the motion.

NORMAL — Two streets near Normal's former Mitsubishi plant are on track to be renamed for current owner Rivian, though two City Council member…

To 'Electric Avenue': Normal to rename roads for Rivian

NORMAL — One of the last relics of Mitsubishi's almost 30 years in the Twin Cities is on the chopping block.

BLOOMINGTON — Bloomington public works crews will begin the free citywide, curbside collection of bulk waste for the fall next week.

Despite cold, trash being picked up as usual in Bloomington, Normal

BLOOMINGTON — Bloomington and Normal public works officials say that despite the bitter cold temperatures, trash and recyclables will be picke…

BLOOMINGTON — The city of Bloomington is changing the way it picks up bulky waste, starting next week with a citywide free curbside collection.

BLOOMINGTON — Bloomington's city staff will draft a resolution about outsourcing the city's solid waste program to a private vendor, but that …

BLOOMINGTON — Mayor Tari Renner sees the city as being in good shape despite some key administrative changes in 2018, but he says funding some…

Mitsubishi Motorway, the stretch of U.S. 150 leading to the company's former plant in west Normal, is being renamed Rivian Motorway in honor of the electric car startup that's taken over the facility and, Normal and Bloomington officials said, looks more and more like a long-term pillar of the Twin Cities.

A City of Bloomington Public Works garbage truck passed by a load of building materials that would be picked up by a bulk trash crew on Thornwood Lane Monday, Oct. 1, 2018.

In thei Feb. 24, 2017, file photo, a city of Bloomington garbage truck collects trash on Parkshores Drive before taking its collection to the McLean County landfill.