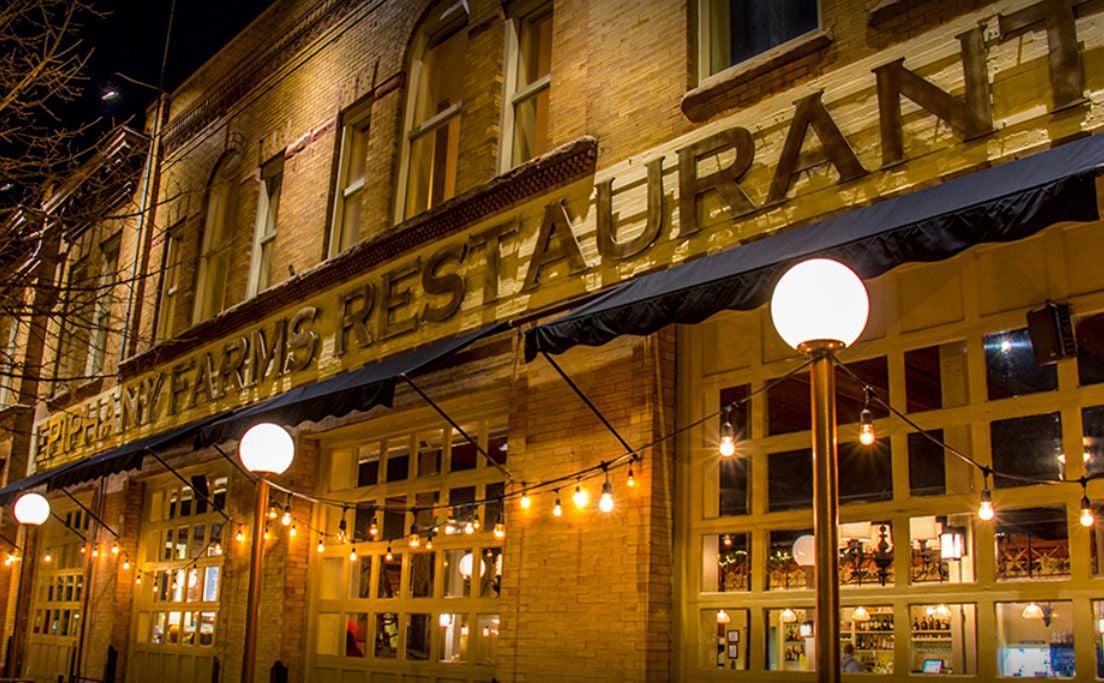 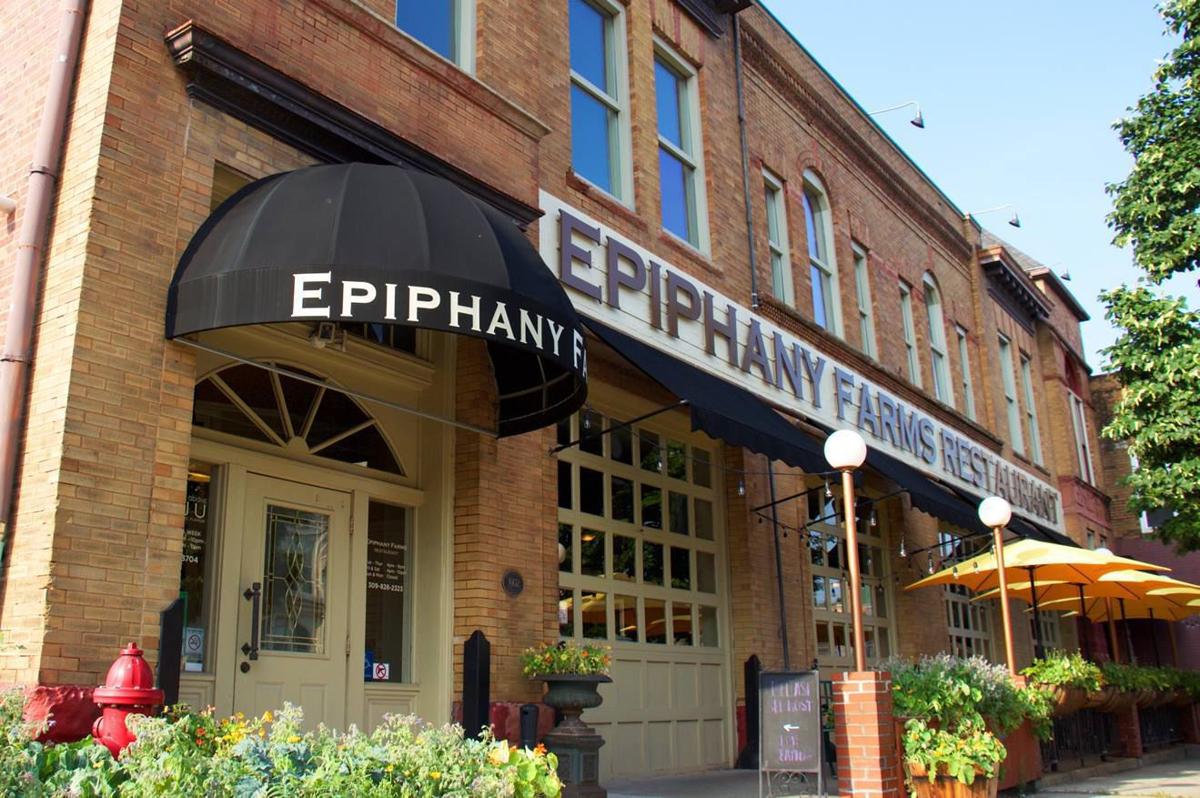 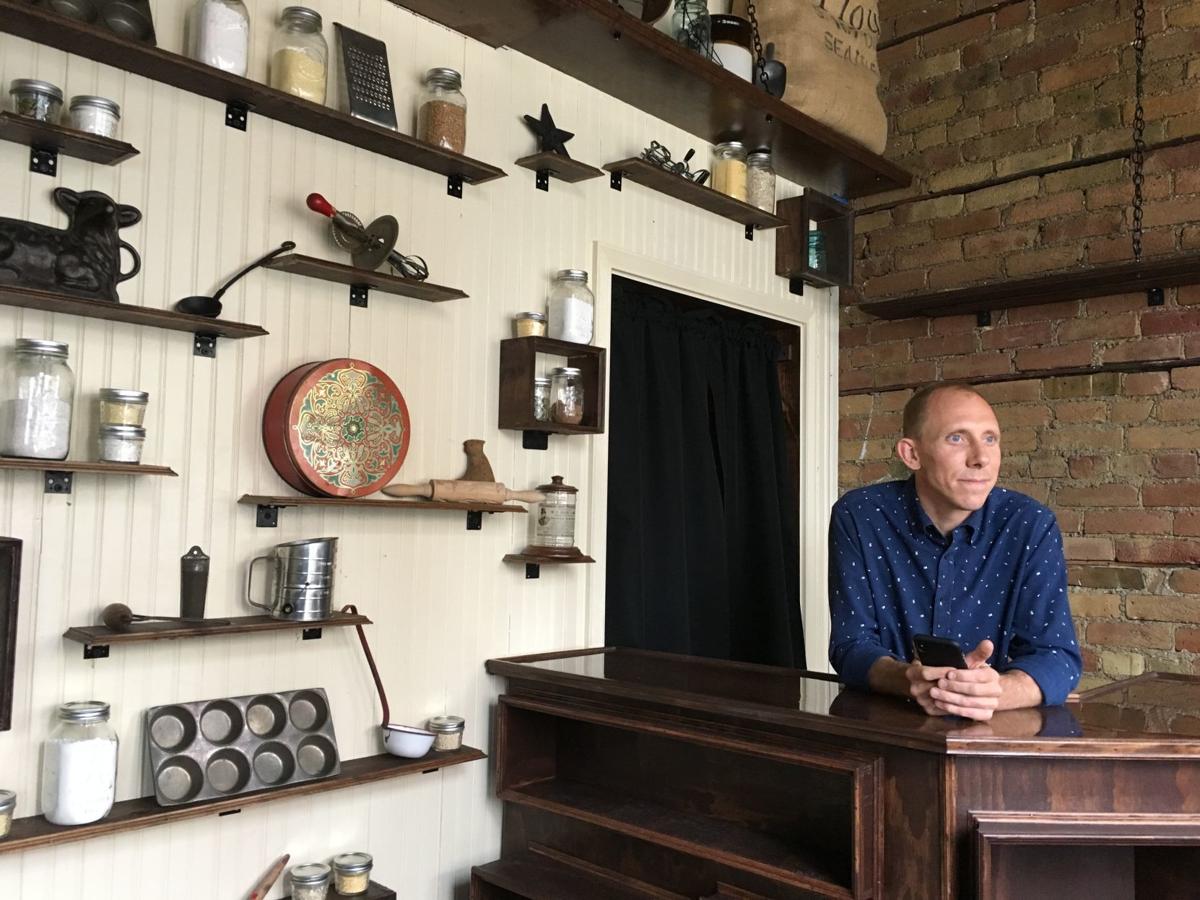 Ken Myszka, owner and director of operations for Epiphany Farms Hospitality Group, stands in the market area of Bakery and Pickle that opened in September in downtown Bloomington. Myszka is selling the Epiphany Farms site on Bloomington's southern edge and moving operations to a new location east of Downs.

BLOOMINGTON — Epiphany Farms Hospitality Group has requested a liquor license for its newest restaurant featuring "the true tradition of Korean barbecue," but one of the owners indicated it could be later this year before it opens.

The liquor license, if approved by the City Council, would allow the sale of all types of alcohol by the glass for consumption at the restaurant and the retail sale of packaged liquor for consumption off premises, seven days a week.

"We are working very hard on moving forward with the project and we intend on opening in 2020," said EFHG chef and co-owner Stu Hummel after the liquor commission hearing on its license. Commissioner Jim Jordan was absent.

But EFHG is waiting for a city building permit before the site that formerly housed the Hayashi Japanese restaurant can be renovated. That restaurant moved in 2012 to a new location in Normal.

"It's been closed eight or nine years and Epiphany Farms Hospitality Group would like to reopen the existing restaurant space," Hummel told the commission. The new restaurant will feature "interactive grilling at the tables in the true tradition of Korean barbecue," he said.

Harmony Korean BBQ is Epiphany Farms Hospitality Group's fifth farm-to-fork restaurant in McLean County since 2009, with all of its kitchens stocked with produce harvested from the company's farmland in Downs and Bloomington.

Ken Myszka, co-owner and director of operations for EFHG, described the proposed restaurant in 2018 as a “healthy, fun and interactive dining experience."

His wife, Nanam Yoon Myszka, of Seoul, South Korea, who is co-owner and financial/administrative officer for the company, will share authentic, family recipes for the build-it-yourself meals.

Diners at the Korean restaurant will be presented with an assortment of vegetables, pickles, sauces and rice, “straight from the farm,” said Myszka.

Diners then will select their choice of protein and the servers will fire up the grill at their tables and cook the food. Once the protein is cooked it is rolled up with toppings and rice in a lettuce leaf and dipped in sauce.

The new restaurant will join Epiphany Farms Restaurant, Anju Above and The Bakery and Pickle Bar, all in downtown Bloomington, and Old Bank Restaurant & Bar in LeRoy.

In other action, the liquor commission:

• Recommended unanimous approval of an entertainment liquor license for the Bloomington Tennis Center, 401 Wicker Road, that would allow the sale of beer and wine only for consumption on the premises, seven days a week.

• Recommended unanimously to update the liquor license for Binny's Beverage Depot, 1409 Veterans Parkway in the Lakewood Plaza shopping center to reflect expansion at its current location.

Binny's acquired the former Outback Steakhouse located adjacent to the liquor store, which provided "a unique opportunity to expand our store to the average square footage of our other stores," which is between 23,000 and 26,000, said Binny's President Walter Fornek.

"Our business is doing very well and continues to grow at a double-digit rate," said Fornek, adding there are 42 Binny's stores in Illinois.

R.T. Milord Co., Bridgeview, was issued a city building permit July 16 for $760,825 to complete interior demolition for the Binny's expansion.

It was a packed house

BLOOMINGTON — For Ken Myszka, planting the seeds on the Epiphany Farms site on Bloomington’s southern edge was bittersweet.

BLOOMINGTON — In the late 1990s, Cathy Troyer started bringing sweetcorn to sell at the Downtown Bloomington Association Farmers Market on the…

BLOOMINGTON — A highly anticipated addition to downtown Bloomington's restaurant scene is set to open in about two weeks.

BLOOMINGTON — In a town known for its mass quantity of restaurants, Epiphany Farms Hospitality Group knows how to bring something fresh to the table.

By 2019, Epiphany Farms Hospitality Group will have established five restaurants in McLean County, each filling their own special niche.

Ken Myszka, owner and director of operations for Epiphany Farms Hospitality Group, stands in the market area of Bakery and Pickle that opened in September in downtown Bloomington. Myszka is selling the Epiphany Farms site on Bloomington's southern edge and moving operations to a new location east of Downs.