NORMAL — Dijon Duncan was out for an early morning run on Constitution Trail when she saw a woman and man looking for something on the ground and stopped to help.

“She said, 'I just got attacked and I can't find my sunglasses,'” Duncan recalled.

The woman didn't have a phone with her and the man who had stopped to help didn't think to use his, so Duncan called the police.

“The police got there quickly,” she said. But with only a vague description of the attacker, there wasn't much they could do.

The woman told police a man pushed her to the ground and held her while pulling on her shirt, told her to be quiet and said he had a knife, although the woman did not see a weapon. He ran away when she screamed.

The July 13 incident left many regular trail users shaken, but not deterred.

“I would say I'm on guard, especially since the incident,” said Duncan. “I find myself looking back more frequently.”

Raegan Rinchiuso of Normal, who runs and bikes on the trail about five times a week, said, “It's one more thing that I have to be vigilant about, but I'm not going to let it keep me from doing what I like to do.”

Kelly Rumley of Bloomington, who commutes to work on the trail and also bikes on the weekend, said, “At the time it was pretty scary, but it's worn off.”

The subject of trail safety came up July 26 during a discussion hour with Bloomington Mayor Tari Renner and Normal Mayor Chris Koos before the Illinois State University board of trustees meeting.

Renner said one idea would be to put cameras at strategic locations.

Koos said, “We do have bike patrols, but they can't be everywhere." He urged people to report incidents, including “near misses.”

Both the time of day and the location of the attack is what surprised many. It was early, about 6:30 a.m., but the sun had been up for about 45 minutes and it was a relatively busy location on the central part of the trail — the “triangle” near Connie Link Amphitheatre west of the bridge over Linden Street.

Rinchiuso said, “Where we live, something like this is going to be the exception.”

Police statistics bear that out.

Normal Police Chief Rick Bleichner said, “It's a rather large part of town and considering how much use it gets, there's a very low occurrence of incidents happening on the trail.”

A total of 37 miles of trail run through the two cities. There have been six reported incidents on the trail in Normal so far this year: two were batteries, including the July incident; the others were reports of a stolen bike, harassment, indecent exposure and a collision between two cyclists.

Nearly a year ago, a man was robbed east of the Linden Street bridge in the early afternoon.

In May 2018, a robbery was reported at 11 p.m. on a section of trail behind the Normal police station.

John Fermon, Bloomington police public affairs officer, said nothing of significance has been reported this year on Constitution Trail in Bloomington.

“It's generally safe,” he said.

When problems arise, it tends to be after-hours use, said Bleichner.

“The rules are in place to protect,” said Bleichner.

“The trail was never intended to be utilized at night,” he said. “A lot of the trees and things that make it beautiful and serene during the day after dark are somewhat dangerous. Even navigating in the dark is difficult.”

The Normal Police Department typically has someone on bike patrol on the day and afternoon shifts, if staffing permits, said Bleichner.

Fermon said Bloomington police previously had a bike patrol and still have the bicycles. “If we see there's a trend” of crime on the trail, the department would beef up patrols, he said.

“You can't eliminate all risk,” said Fermon. “We don't want people not to use the trail.”

Being aware of your surroundings is among the best ways to prevent being a crime victim, whether on the trail or elsewhere, said police and regular trail users.

“If something looks a little off,” turn around, suggested Rinchiuso.

Being aware of your surroundings includes not being so focused on your heart rate, steps count or music that you don't notice what's around you, said Bleichner.

Carry a phone and know your location on the trail.

“It's such a great resource,” Rinchiuso said of the trail. “Don't let something like this prevent you from living your life.”

Here is some advice from police and trail users about using Constitution Trail:

Stay aware of your surroundings.

Don't use the trail at night.

If you are listening to music, only use one earbud.

Run or ride with a friend or group.

Tell someone where you're going.

If something seems odd, turn around or go a different way.

Know where you are and nearby landmarks so you can give an accurate location if you need to call for help.

NORMAL — Normal police are asking for the public's help in finding a suspect in an aggravated battery that reportedly happened on Constitution Trail.

NORMAL — If you pass Hidden Creek Nature Sanctuary along Constitution Trail, don't be alarmed by what might appear to be a scene of destruction.

Davion Gee-Thomas, 20, of Bloomington was being held in the McLean County jail on Friday in lieu of $50,000 on a charge of armed robbery. A retail store in the 2220 block of West Market Street in Bloomington was robbed Sept. 15. 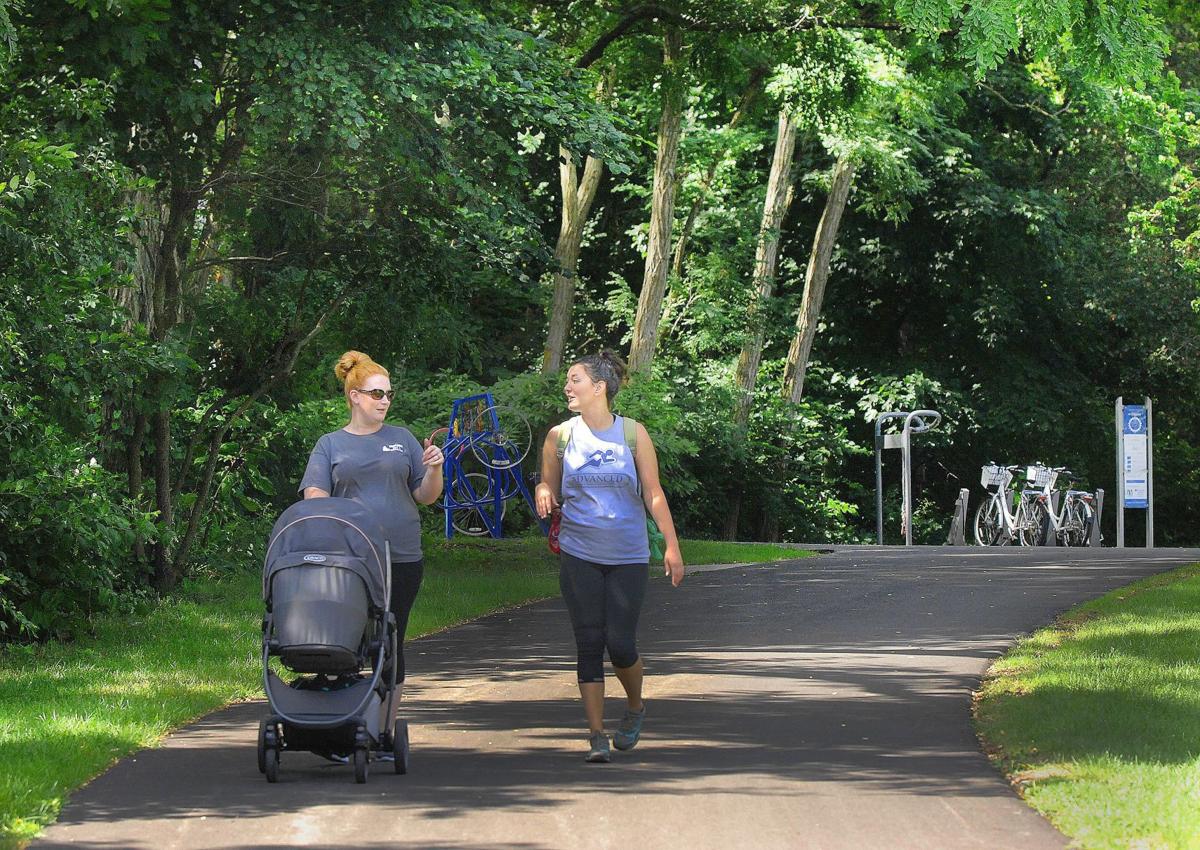 Elizabeth Schopp, left, and her daughter, Olivia Webb of Normal, walk with Alyssa Woodrum of Bloomington, right, on the Constitution Trail near the Connie Link Amphitheatre Thursday, Aug. 15, 2019. Experts say the safest way to walk the trail is with a friend. 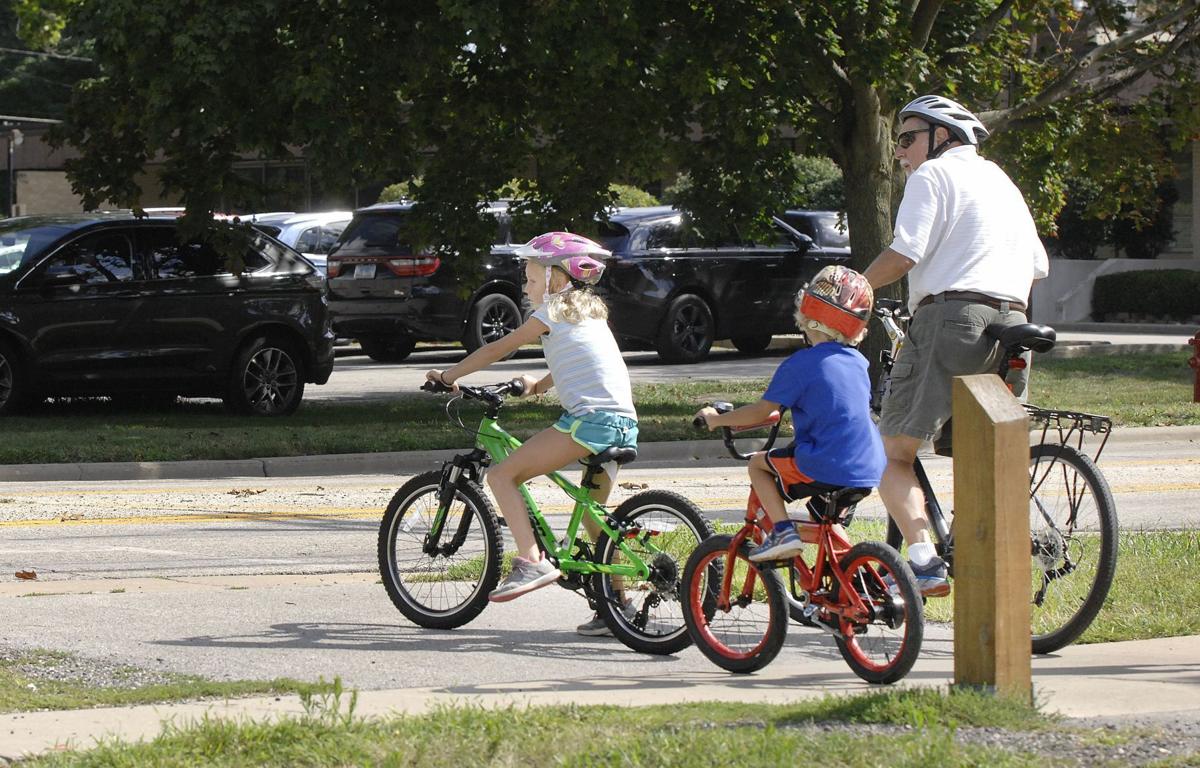 While physical assault is unlikely on the Constitution Trail, teaching children to safely cross streets at intersections with the trail is most likely a bigger concern. 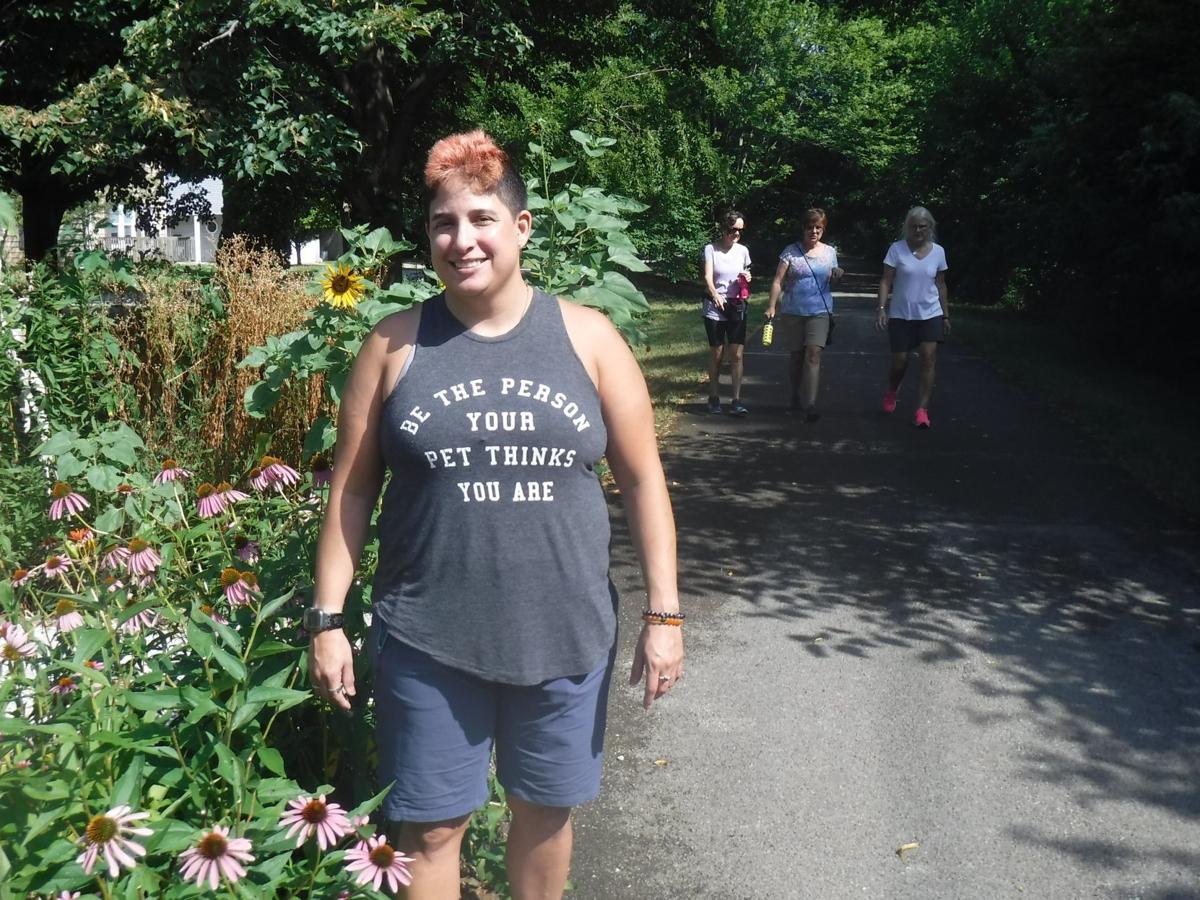 Dijon Duncan of Bloomington takes a break on Constitution Trail at the Atwood Wayside in Bloomington. In July, Duncan came to the aid of a woman who was attacked on the trail in Normal. 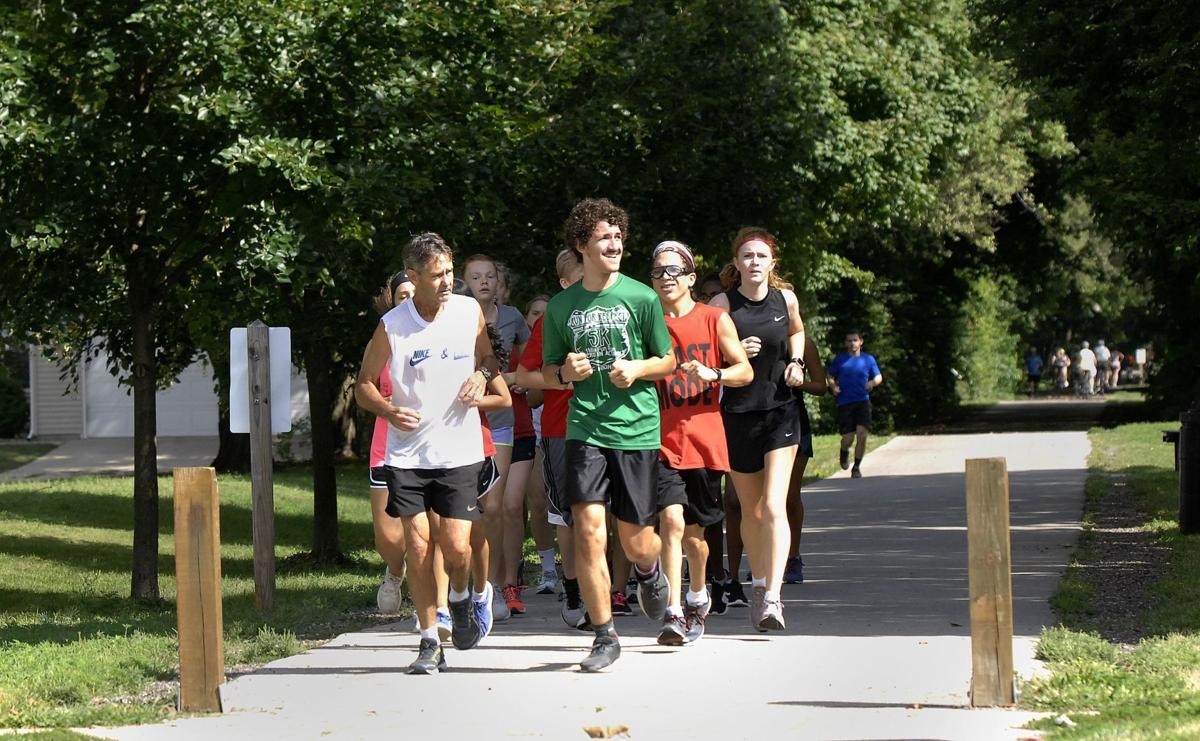 A group of runners look both ways before crossing the intersection of Willow Street with Constitution Trail in Normal Thursday, Aug. 15, 2019.