BLOOMINGTON — There is a photograph of Diana Hauman's friend, the late Wayne Orme, as a child that tugs on her heartstrings.

In the photograph, Orme is sitting in a dirt lot, "playing with an old tin can because there was no place for him to play," said Hauman.

He was unable to play at park or school playgrounds because he'd been born with severe foot and leg problems. He could not walk until age 5, and then only after undergoing more than 30 operations, said Hauman.

After Orme died at age 66, Hauman made a donation in his memory to the Harmony Park Project — a collaborative partnership between four local nonprofit organizations to provide a safe and fun environment for children with different abilities to play together.

"I just know he would have so appreciated an inclusive park," said Hauman, who represents Ward 8 on the Bloomington City Council. "He and his brothers could have played together, and they didn't have that opportunity."

The partnership has raised $200,000 to pay for a special rubberized surface so a wheelchair or mobility device can be independently navigated on the playground.

The funding goal is $300,000 to $350,000 for the project that also envisions specially-equipped swings and merry-go-round, sensory panels and fencing to enclose the playground.

The foundation is named after her 4½-year-old son, Max, and the park would provide children like him the opportunity to play and interact with children without disabilities, said Corin Chapman.

The project is a collaborative partnership between four local nonprofit organizations to provide a safe and fun environment for children with different abilities to play together.

The first fully-inclusive playground in Bloomington-Normal is proposed for development at Rollingbrook Park in East Bloomington.

How can I donate?

Donate online at www.harmonyparkproject.org/donate. Your credit card will be charged by the Illinois Prairie Community Foundation.

Max has been diagnosed with Peroxisomal Biogenesis Disorder, "a rare genetic debilitating disorder that is slowly taking away his vision and his hearing and has left him with low muscle tone," she said.

"He has limited communication, but he loves to be around other children. Right now, he's kind of relegated to the sidelines. This will give him an opportunity to be among other children, and he will enjoy that."

With the special pavement "we'll be able to navigate the playground a lot easier with him," said Corin Chapin. "We'll be able to take his wheelchair and cart in different places that we're not able to at other playgrounds."

"Just about anybody in the community can benefit from it, but the biggest and most obvious group of folks who could benefit from this are children with disabilities or children who are in mobility devices," added Jaycees member Jennifer Brown.

"The statistic is 1 in about 85 children in a community have a disability of some kind and would need an adaptive playground," said Brown. "So in a community our size that's about 3,000 children."

The Jaycees approached Jay Tetzloff, city parks and recreation director, about a year and a half ago about wanting to have an inclusive park somewhere in Bloomington and that the partnership planned to raise funds.

"After brainstorming, Rollingbrook Park seemed to be a really good spot location-wise. Plus, the playground equipment was due for replacement anyway," said Tetzloff.

The city has pledged $85,000 to the project, which was the amount that had been allocated to replace the playground with standard equipment, he said.

"We're happy that we've formed this partnership to provide opportunities for all abilities — that the disabled can play with those with full abilities," said Tetzloff. "We're excited for that chance for all kids in this community."

"For children with autism, accessibility means having a fence because many of our children will run or wander," said Autism McLean's Jacquie Mace.

"When you have a child who can’t swing or slide at a park, not only does that child miss out, but many times the siblings do, too," Mace added. "If a parent can’t take one child, then many times they won’t take the others either."

"To have children with or without disability playing together is really a great thought," said Marcfirst CEO Laura Furlong. "We are very excited to be able to help share the message and the impact this will have on our community."

The project also has received a $25,000 State Farm Neighborhood Assist grant. The Illinois Prairie Community Foundation general grants program has awarded $4,979 and the Youth Engaged in Philanthropy program is providing $1,000 for the purchase of some of the specially designed playground equipment.

Autism McLean has donated money directly to the project, teamed up with the community to raise money through the Jaycees' Bruegala fundraising event, and pledged money from its annual fundraising walk to the park project.

"We talk about wants and needs," said Hauman, referencing residents' differing opinions about the city funding quality-of-life amenities such as parks. "This is a need to help children and families be a total part of our community."

New park provides harmony of all children playing together

Max Chapman, 5, who uses a wheelchair, felt left out when kids went to play at the park, but that changed Thursday with the dedication of a new, inclusive playground at Harmony Park in Bloomington. 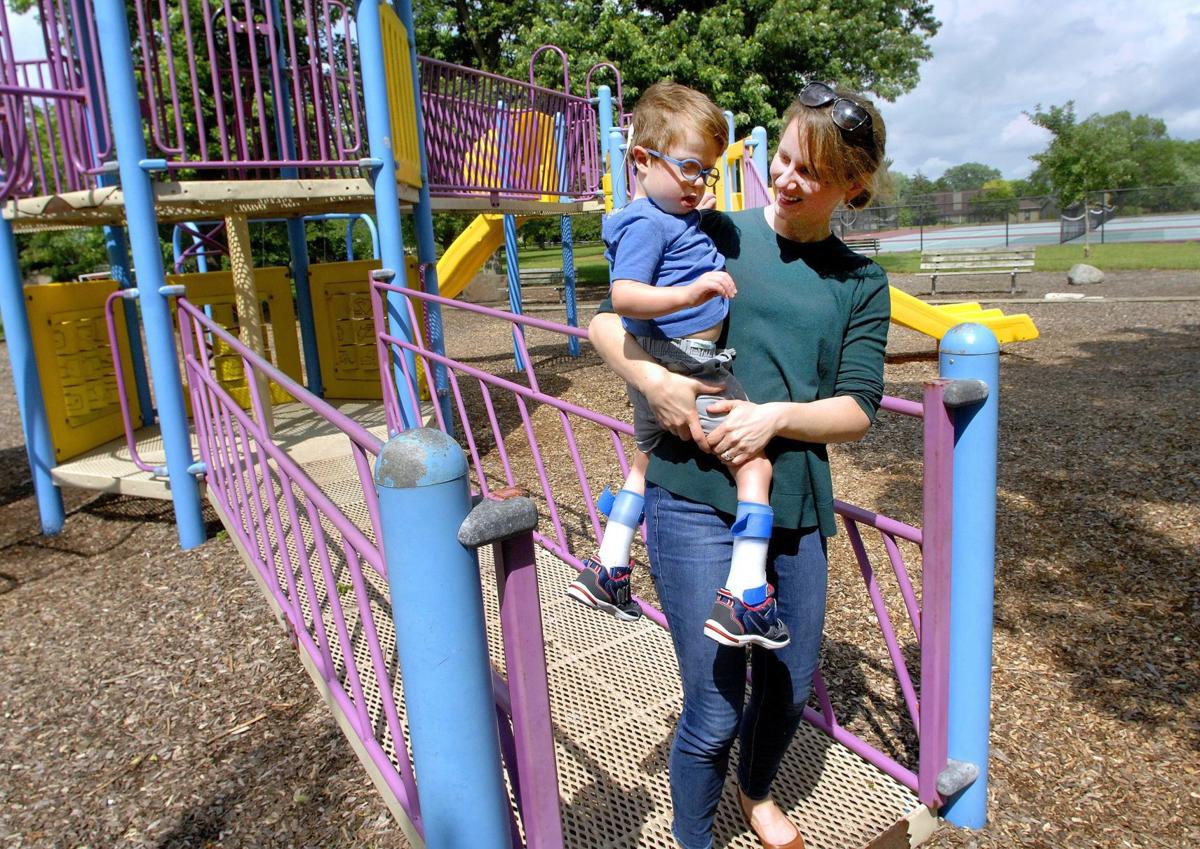 Corin Chapman takes her son, Max, 4, to play on the playground Tuesday at Rollingbrook Park in Bloomington. Chapman is leading a fundraising effort to make the park and its equipment inclusive to all children. 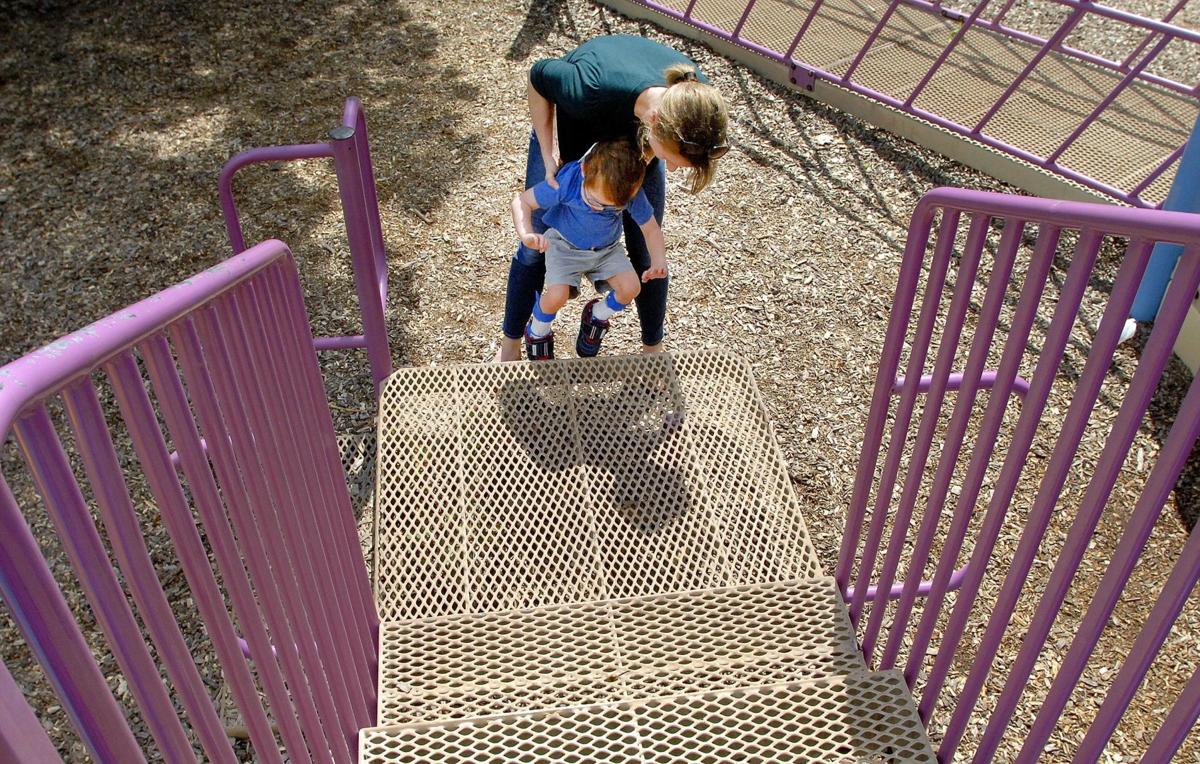 Corin Chapman helps her son, Max, 4, to climb onto a jungle gym on the playground at Rollingbrook Park in Bloomington on Tuesday. 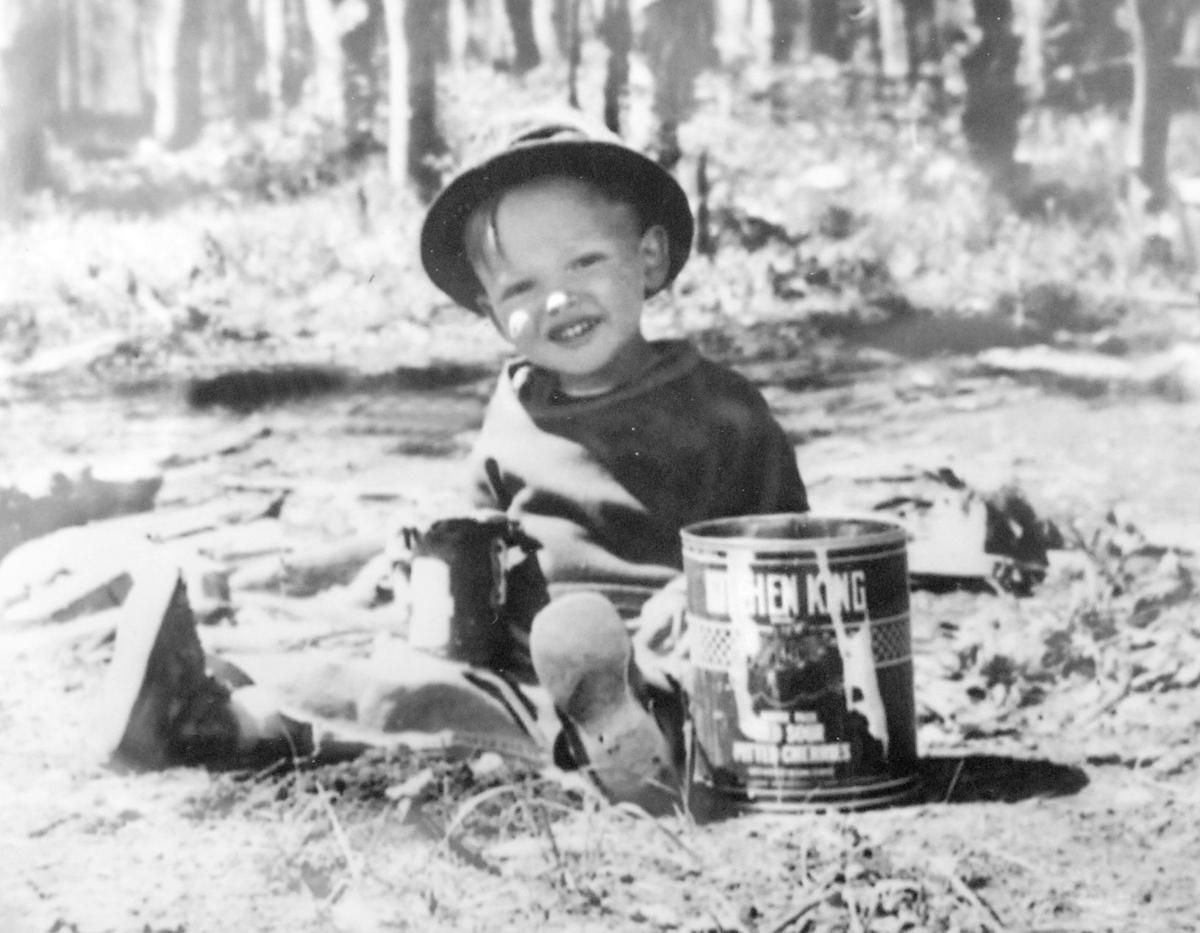 This photo shows Diana Hauman's friend, the late Wayne Orme, playing in a dirt lot before accessibility issues were given much thought. A collaborative partnership between four local nonprofit organizations will bring a safe and fun park for children with different abilities to play together. 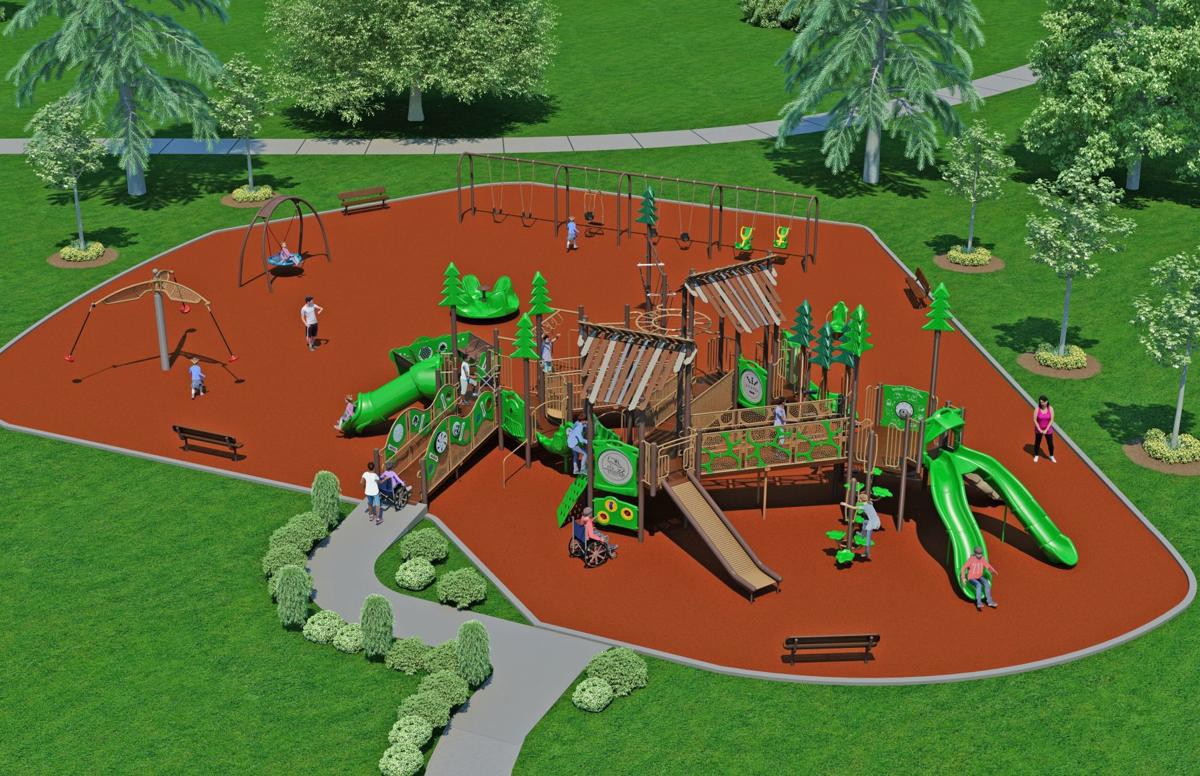 This artist's rendering shows how the proposed Harmony Park at Rollingbrook Park will look. The park is being designed as a place that's inclusive for all children.