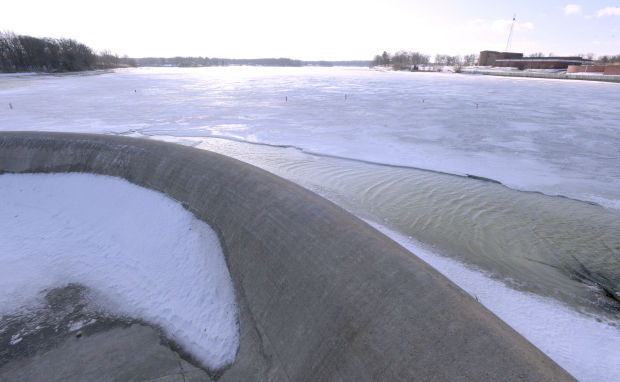 Lake Bloomington remains below the spillway, as seen Friday from Spillway Park near Hudson, but city officials expect the continued runoff from melting snow and rain will fill the reservoir over the weekend. 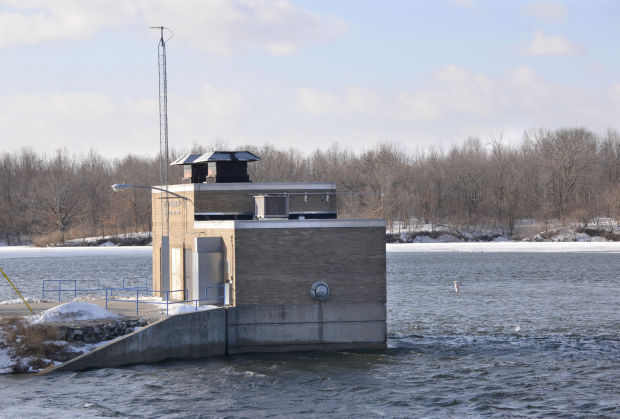 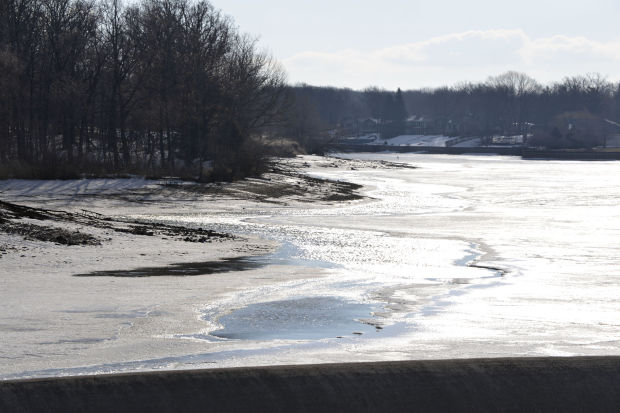 Lake Bloomington remains below the spillway, shown Friday, but officials think continued runoff from melting snow and this week's rain will fill the lake by next week.

BLOOMINGTON — This week’s snow melt and rain mean motorists should be wary of flooded roadways, but the runoff from all that precipitation is great news for Bloomington's drinking water supply.

On Friday, water was running over one of the city’s spillways, said Craig Cummings, the city's water director.

The city has been under voluntary water restrictions since December, when the city’s water supply in Lake Bloomington and Evergreen Lake showed a combined 8-foot deficit.

More recently, that deficit has hovered around 10 feet, but warmer temperatures that caused piles of snow to begin melting, combined with late-week rain and soil still in a frost, allowed the lakes to fill back up.

Chris Miller, a meteorologist with the National Weather Service in Lincoln, said an observer north of Normal measured about 7 inches of snow on the ground on Thursday, but by Friday morning it had nearly all melted away, equating to more than an inch of water that combined with about 0.3 inches of rainfall overnight Thursday.

“The water can’t go anywhere. It can’t seep into the ground, so it all runs off and accumulates on area roadways, ditches, creeks and streams,” Miller said.

While that caused morning commuters to take it easy on roads Friday morning, the meltdown continued as the mercury rose and the sun came out.

By Friday morning, Evergreen Lake was full and Lake Bloomington was at a deficit of about 3 feet, Cummings said. “Over night, things changed dramatically,” he said.

Cummings said the city pumped between 10 million and 15 million gallons of water from the Mackinaw River on Thursday into Evergreen Lake, but stopped once other runoff proved more than adequate.

He said additional runoff through the weekend likely will bring Lake Bloomington up to the brim as well.

“I’m completely confident we’re starting in the absolutely ideal position (for spring), even if we have a dry summer,” he said.

Going forward, Miller said the Twin City area may get some light snow over the weekend, but it will amount to less than an inch.

And, the milder weather once again will give way to colder conditions as a front  moving through the area late in the day Saturday will bring frigid temperatures -- highs next week will only reach the 20s and lows will be near zero degrees, he said.

BLOOMINGTON — Drug and gun charges are pending for a Normal man.

Lake Bloomington remains below the spillway, as seen Friday from Spillway Park near Hudson, but city officials expect the continued runoff from melting snow and rain will fill the reservoir over the weekend.

Lake Bloomington remains below the spillway, shown Friday, but officials think continued runoff from melting snow and this week's rain will fill the lake by next week.