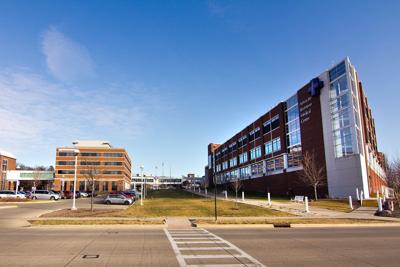 NORMAL — Advocate BroMenn Medical Center in Normal, Advocate Eureka Hospital in Eureka and all Advocate-affiliated sites in Central Illinois are being acquired by Urbana-based Carle Health in a transaction that representatives of both sides said will benefit patients, employees and physicians.

Advocate Aurora Health, based in Downers Grove and Milwaukee, and Carle Health announced the acquisition to employees and physicians of each organization on Thursday.

Governing boards of each health system have approved the plan, which is subject to regulatory approval, including by the Illinois Health Facilities and Services Review Board and the Federal Trade Commission.

Colleen Kannaday, president of Advocate BroMenn and Advocate Eureka, and Dr. James Leonard, Carle president and CEO, told The Pantagraph that they expect the acquisition to close by midyear.

Terms of the transaction were not disclosed and hospital name changes have not yet been determined.

"From day one, we have no plans for staff changes or layoffs," Leonard said.

"During the transition period, care will not be impacted," said Kannaday who, under Carle, will remain president at BroMenn and Eureka. "The same great physicians and staff providing care today will continue."

Leonard said Carle was interested in acquiring Advocate sites in Central Illinois, in part, because they are strong.

"This is a positive, thriving enterprise," Leonard said. "If it wasn't, we wouldn't be interested."

"We are a strong organization in Central Illinois and continuing to grow," Kannaday said. "We are stronger today than we were 10 years ago" when Advocate acquired BroMenn and Eureka.

The acquisition affects about 2,000 employees and includes BroMenn and Eureka hospitals and other Advocate enterprises in Central Illinois, including the medical group, home care and hospice and joint ventures including the Advocate BroMenn Health & Fitness Center, The Center for Outpatient Medicine and the Community Cancer Center, said Kannaday, who didn't anticipate major changes at any of those operations.

"We have the privilege of joining an incredibly strong regional health care system," Kannaday said. Kannaday said Advocate and Carle have partnered on projects over the years and the acquisition is "the best way to serve our patients, not only in our communities but throughout the region."

Timing of the acquisition by Carle is "perfect" as Advocate Aurora "is looking to new markets," Kannaday said.

First, Carle is based one hour away in Central Illinois while Advocate Aurora is based in the Chicago area and Milwaukee. Carle — which includes Carle Foundation Hospital in Urbana, hospitals in Olney and Hoopeston, Health Alliance health plan (whose coverage area already includes the McLean County area) and Carle Physician Group — has 7,800 employees, Leonard said.

Second, "We are aligned around what is important in health care, which is taking care of patients," Leonard said.

Combining Advocate and Carle sites in Central Illinois will provide "significant growth opportunities" for staff, which is good for patients and the Central Illinois economy, Leonard and Kannaday said.

"That is a huge win for our communities," Kannaday said. "We are very excited about the future."

"Our tradition and our heritage as a faith-based organization will continue and our partnership with our delegate-churches will remain," Kannaday said.

"This is a good thing for the Bloomington-Normal area and Woodford County," Leonard said.

For more photos and facts and histories of Carle Health and Advocate BroMenn Medical center, go to Pantagraph.com.

Advocate Eureka Hospital, in Eureka is in the midst of a three-story, 28,000-square-foot addition.

Advocate Eureka Hospital hosted about 200 people during the ground breaking ceremony for the $11.4 million addition to the hospital Tuesday.

Advocate BroMenn Medical Center in Normal shows off its renovated Simulation Center. The center is over 2,300 square feet in size with two sim…

Heavy rainfall brings a potential for flooding as a windy storm system moves across Central Illinois.

A man was reportedly chasing someone downtown with an ax Thursday afternoon.

The Bloomington man who was arrested on preliminary charges of armed robbery for an incident at an east side hotel was formally charged Thursday afternoon.

The Bloomington man accused of killing Tariq L. Houston will be in court Friday afternoon for his first hearing.

An eyewitness saw Dewon I.C. Griffin point a handgun at Tariq L. Houston following an argument on New Year's Eve and fire two shots, one of which struck Houston, causing him to fall to the ground, according to a statement read at Griffin's first court hearing on murder charges Friday.

Western Avenue Community Center is keeping its doors open, at least through the end of 2020, after a "tremendous" community response to the center's appeal for help. 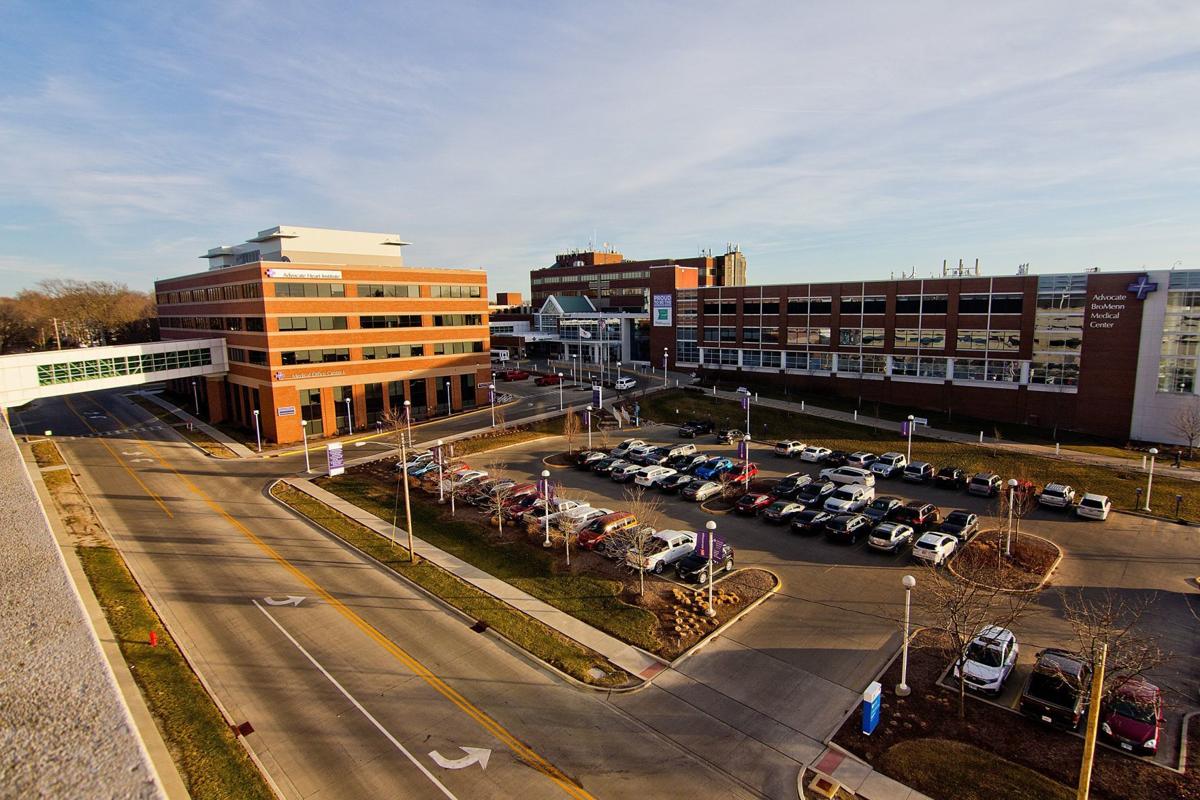 Advocate BroMenn Medical Center, 1304 Franklin Ave., Normal, seen Wednesday, Jan. 8, 2020, from the top of its parking deck, is among Advocate-affiliated sites in Central Illinois that will be acquired by Carle Health later this year. 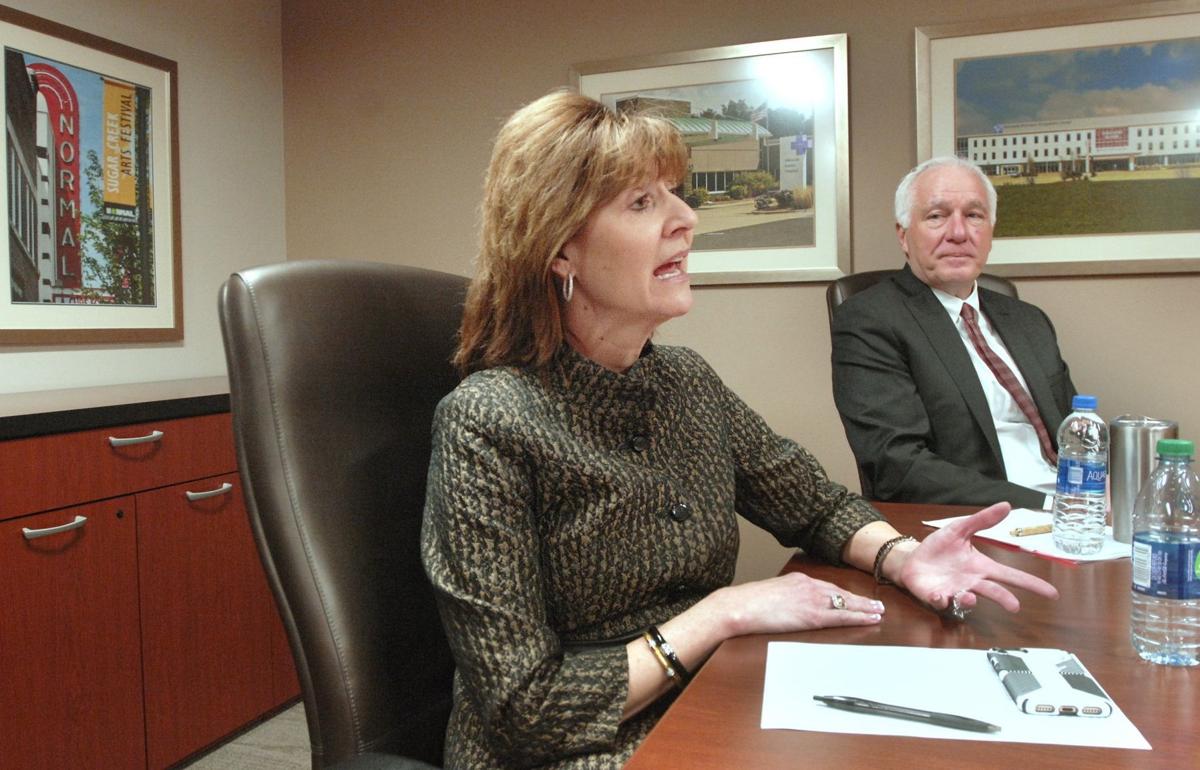 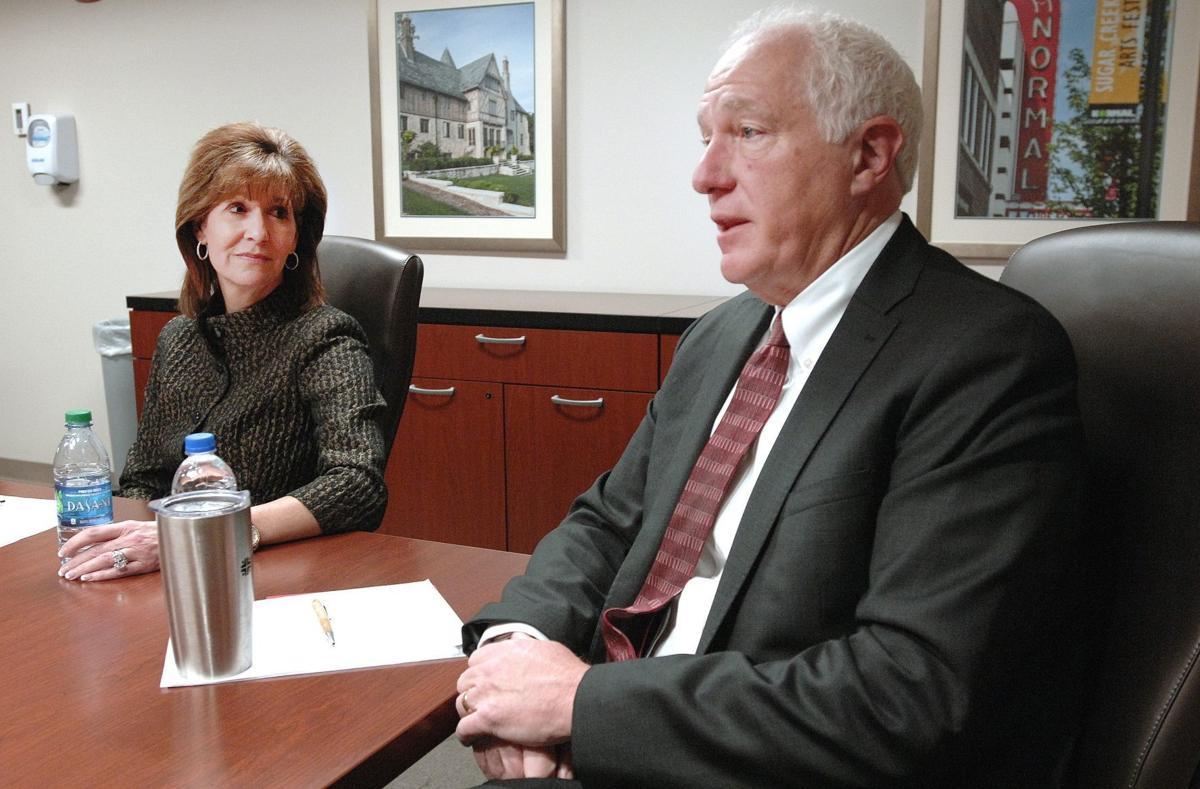