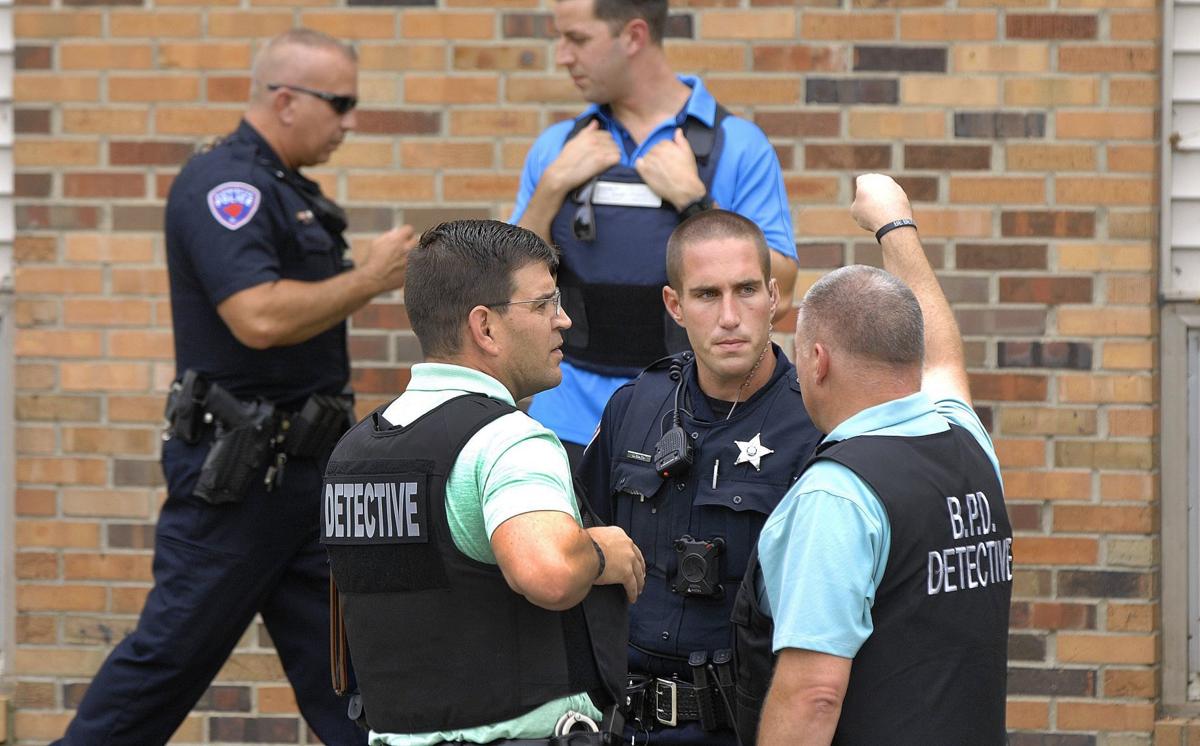 Bloomington police officers and detectives gather information about a double shooting Tuesday, Aug. 13, 2019, at an apartment building at 1708 Springfield Road. Thorough, patient questioning and evidence gathering is what lead police to solve puzzling crimes in the community. 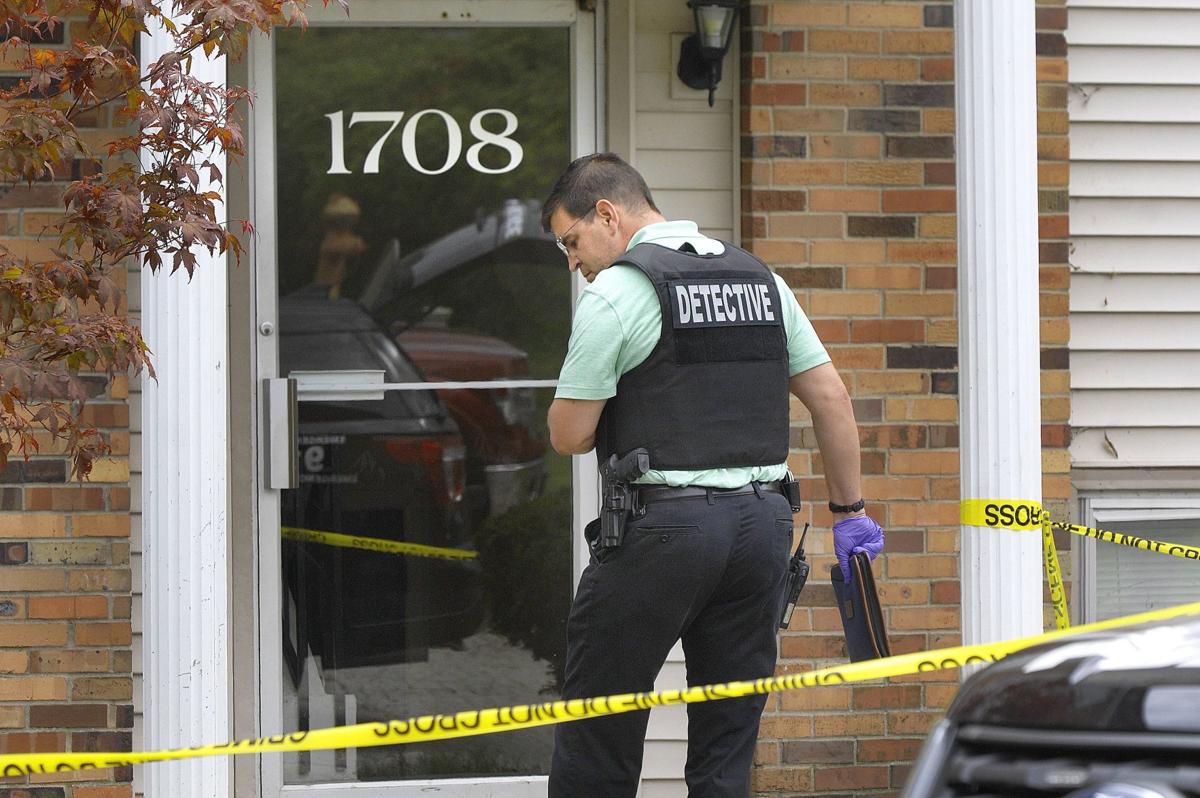 A Bloomington police detective looks for evidence after a double shooting Tuesday, Aug. 13, 2019, at an apartment building at 1708 Springfield Road. 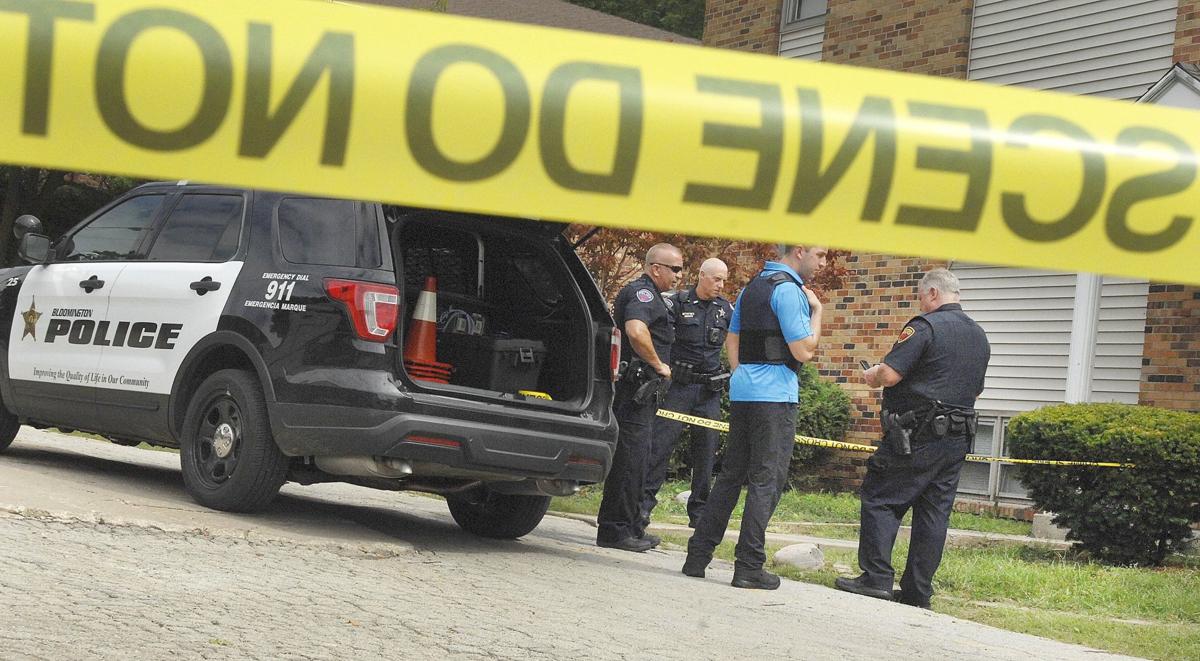 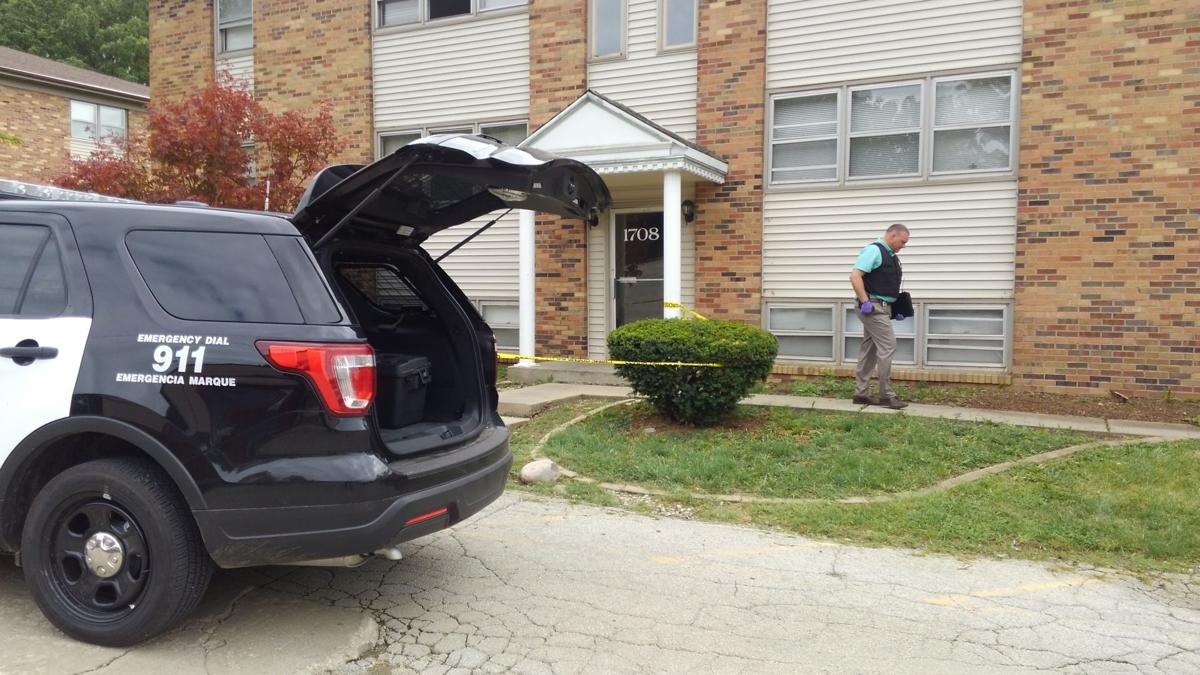 BLOOMINGTON — Two people were shot in an incident Tuesday afternoon at an apartment building on Bloomington's southwest side.

Police Lt. Ken Bays said two adults suffered injuries that were not life-threatening and were taken from the scene by someone other than an ambulance. Police released no other details on the victims.

"It's too soon to tell" whether this shooting is connected with any other incidents, Bays said at the scene. "It's a very fluid case" with multiple things going on.

No one was in custody Tuesday night, police said.

A maintenance worker for RCS Management said he heard the gunfire while working at the complex.

"I heard a commotion, a lot of hootin' and hollerin', and then a single shot," he said.

An undetermined number of people got into a car and sped away, he said. A co-worker called 911, he added.

Several police units were reported at Advocate BroMenn Medical Center, Normal, in connection with the shooting. Later, two police officers were seen leaving the emergency room area with what appeared to be bags with evidence.

"Our clinicians continue to provide safe, high-quality care for our patients," Kelly said.

The apartment building was cordoned off with police tape for several hours after the incident, and police said no one was inside the building during that time. Police said there was evidence found inside and outside the building.

"I've worked here 10 years and I never seen anything like this," the maintenance worker said.

Several residents hovered around the perimeter looking for details surrounding the shooting. A middle-aged woman arrived on the scene and identified herself as the mother of a man who lived in the apartment.

David Proeber and Paul Swiech contributed to this report.

Photos: 1 man dead, 2 others critical after shootings on Orchard Road

One man is dead and two others critically injured after shootings on Bloomington's Orchard Road Tuesday night.

Bloomington police and fire units responded to the scene where a man was shot in the 1300 block of North Oak Street about 9 p.m. Tuesday.

Bloomington Police officers investigate the scene of a shooting about 7:10 a.m. Tuesday at 306 S. Western Ave. after one man was injured after…

BLOOMINGTON — The third man wanted in the April 2 shooting death of Juan Nash in Bloomington turned himself in Monday morning, and he and his …

Surveillance video recovered by Bloomington police indicate a person was injured in a shooting on Tracy Drive early Saturday.

BLOOMINGTON — A teenage boy was shot in the 400 block of North Lee Street in Bloomington, police said.

BLOOMINGTON — Police in Bloomington are looking for clues in three incidents of gunfire over the weekend.

'Mothers and others' rally in Bloomington for action on gun violence

BLOOMINGTON — The steps of the McLean County Museum of History have become more than steps for Camille Taylor.

BLOOMINGTON — Before Oct. 30, 2018, Dameca Kirkwood was a mother, proud of her one and only son, a young man she considered awesome, who did n…

Detectives are looking for information about a Saturday morning shooting on Tracy Drive. Police say at 1:22 a.m. on Saturday, one adult victim was shot and had non life-threatening injuries,

A Bloomington man was charged with seven felony counts with a shooting in the 1700 block of Springfield Road that left two people injured Tuesday. Dominique Atwater, 26, was charged, but his lawyer said he was acting in self-defense.

Khawaunis K. Haynes, 20, of Bloomington, was arrested on five McLean County warrants including two attempted murder charges, two charges of aggravated discharge of a firearm into a building and one count of aggravated battery.

Bloomington police officers and detectives gather information about a double shooting Tuesday, Aug. 13, 2019, at an apartment building at 1708 Springfield Road. Thorough, patient questioning and evidence gathering is what lead police to solve puzzling crimes in the community.

A Bloomington police detective looks for evidence after a double shooting Tuesday, Aug. 13, 2019, at an apartment building at 1708 Springfield Road.