SPRINGFIELD — A $1 million loan between friends 10 years ago ended up in federal court, where a judge now says Bloomington businessmen must pay back the $1 million loan despite a bankruptcy filing by one of them.

Pliura and his wife, Pam, sued in October 2018 in McLean County, documenting that Robert Brady borrowed $1 million through a loan agreement dated Oct. 29, 2010, but failed to make any principal or interest payments. Interest on the loan, compounded monthly, accumulated to $808,429.71 by the date the lawsuit was filed.

The loan to Robert Brady and his brother Ed was to bail out a construction company they owned, but the agreement was made under false pretenses. At the time, the Bradys' brother Bill was a candidate for governor, and Pliura knew him and his brothers well, considered them friends, and successful businessmen in the community, according to the Pliura lawsuit.

The Bloomington senator did not receive any money from the loan but "Dr. Pliura was told by Sen. Brady that the money was needed to pay subcontractors who had done work for the Bradys’ construction company and were threatening to go to the newspapers about the lack of payment. Sen. Brady was concerned about the adverse publicity on his (gubernatorial) campaign,” the judge wrote in her ruling this week. 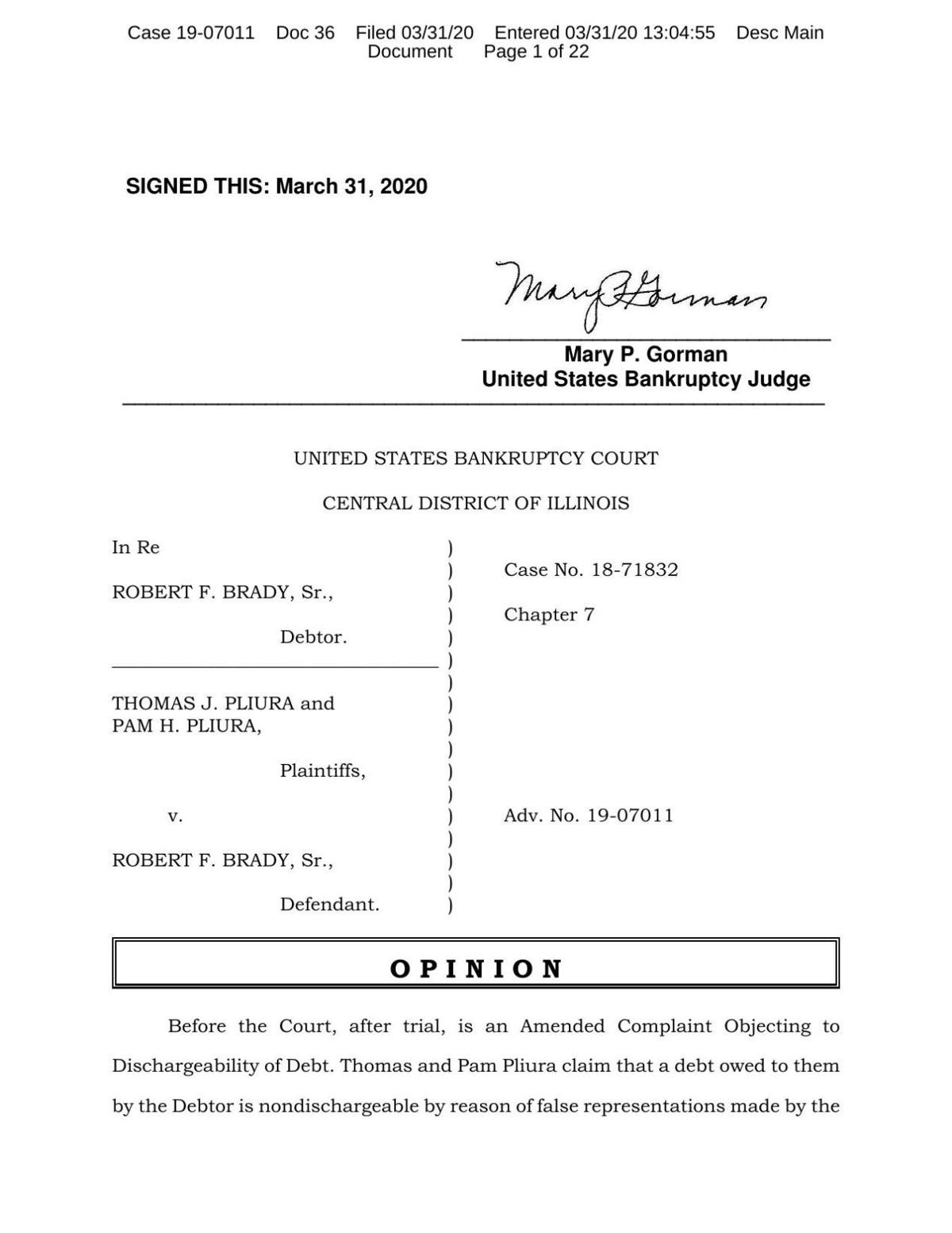 Bill Brady released a statement Thursday, saying, "This is a matter involving my brother, and, as such, I am not in a position to comment on it.”

On Friday, Pliura told The Pantagraph he felt bad about having to go through the courts. “I consider the Bradys my friends,” he said.

“I think the lesson to be learned is that ‘a guy should not loan a friend money,’” he said. “My wife was opposed to it, and I disregarded her opinion and went ahead and loaned them the money ... and that is not on anyone except myself.”

Robert Brady admitted in court that the loan was never repaid. Collateral for the loan was to be four buildings on Rockingham Avenue in Normal, which Pliura was told was owned by Robert and Edward Brady. But court documents revealed those buildings were actually owned by two Brady-owned companies and a bank held mortgages against those properties that were beyond their worth.

The buildings were eventually entered into foreclosure and Pliura received nothing.

“At the time the loan was made, all housing contractors were experiencing significant challenges due to the housing bubble and crash,” Pliura told The Pantagraph on Friday. “So many, many contractors across the country experienced financial challenges.”

The false statements made to secure the loan barred repayment from being protected under bankruptcy laws and Robert and Ed Brady must still pay what is due to Pliura and his wife.

“Despite also knowing of their current financial distress and urgent need to borrow money, (Pliura) had no reason to think that any of the Bradys, including the debtor, would look him in the eye and lie,” Gorman wrote.

Robert Brady joined Brady Homes in 1992, a business started by his father and which he later owned with his brothers. The company built as many as 1,500 homes in the Bloomington-Normal area, and built and managed apartments and condominiums.

On his statement of financial affairs for the bankruptcy filing, Robert Brady stated he is involved with Pride Homes Inc. d/b/a Keystone Homes (“Pride Homes”) and Clinton RCC LLC. On his list of creditors with unsecured claims, he listed Thomas and Pam Pliura as being owed $1,808,431 relating to a “promissory note - business.”

Pliura said he regrets the situation.

“In defense of the Bradys, they are good guys,” Pliura said. “I still consider them my friends, but if somebody needs to borrow money they should go to a bank."

BLOOMINGTON — A LeRoy physician and attorney has filed a $1.8 million lawsuit against Bob and Ed Brady, who he claims have defaulted on a loan.

LEROY — Everything you have heard about the sound of a tornado is true, says Tom Pliura, who lives north of LeRoy in the Dawson Lake area. 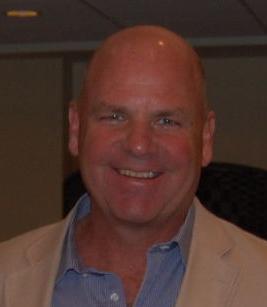 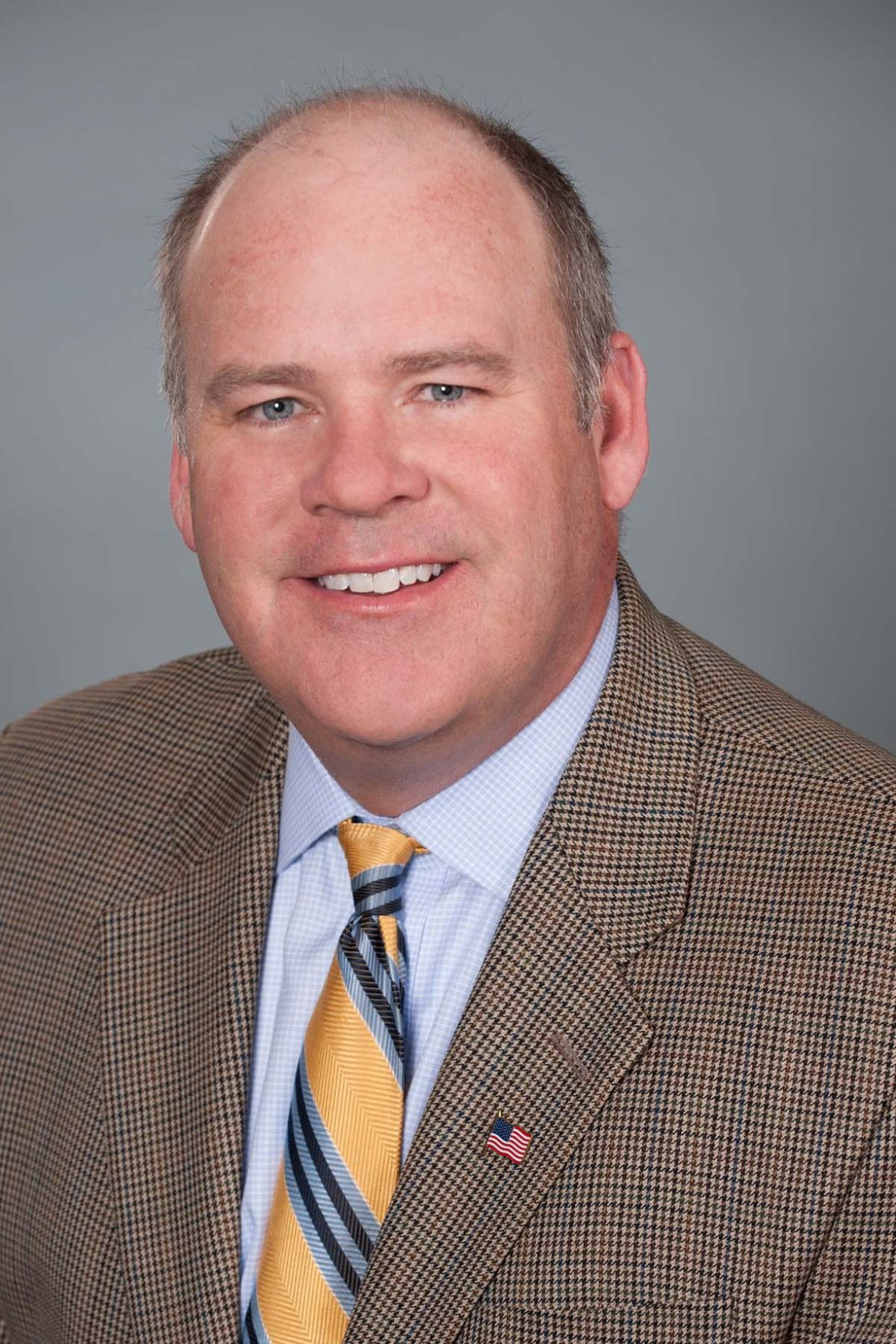