State election officials confirm as many as 16 who identified as not being U.S. citizens voted in 2018-19 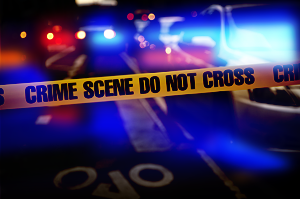 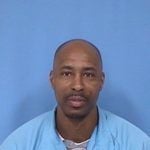 BLOOMINGTON — A Champaign man was arrested Tuesday after multiple agencies pursued him in downtown Bloomington.

Tyson Biggers, 41, was taken into custody about 2:45 p.m. in the 400 block of East Washington Street while he was attempting to escape from a second-floor residential building. A firearm with an extended magazine was recovered during his arrest, according to Champaign police.

Biggers was charged on a Champaign County warrant accusing him of armed robbery with a firearm. The bond on the warrant was $750,000.

He is accused in two armed robberies in Champaign on Oct. 19 and 24. According to Champaign police, in both incidents a man held a clerk at gunpoint and fled with an undisclosed amount of money. No injuries were reported and the gun was not fired in either robbery.

Biggers was transported to the Champaign County Sheriff’s Office.

+56 Can you help? The latest Crime Stoppers of McLean County cases

BLOOMINGTON — Chuck Erickson pointed his .40-caliber Glock handgun and was ready to kill as the suspect ran out of a gas station with a pistol…

Bloomington police are investigating two events that occurred Monday morning, but are unsure if they are related. At 5:30 a.m. Monday, officers were dispatched to a report of an armed robbery in the 900 block of West Front Street.

BLOOMINGTON — A McLean County jury has convicted a Bloomington woman of armed robbery in connection with an incident in December 2018.

Bloomington Police are investigating a Tuesday morning armed robbery at a hotel in the 900 block of Maple Hill Road. At 1:57 a.m., a man entered a hotel holding a gun, demanded money from an employee, and left with an undisclosed amount of cash.

Davion Gee-Thomas, 20, of Bloomington was being held in the McLean County jail on Friday in lieu of $50,000 on a charge of armed robbery. A retail store in the 2220 block of West Market Street in Bloomington was robbed Sept. 15.

Masked man wanted in armed robbery at restaurant in Bloomington

Bloomington police investigate an armed robbery at Pizza Ranch over the weekend.