Pediatric therapy to grow in McLean County with Marcfirst expansion

BLOOMINGTON — An attorney for Jonathon Hovey is seeking the dismissal  of two sexual abuse charges filed against the former McLean County Unit 5 first-grade teacher because he said the allegations are 14 years old and some evidence no longer exists.

Hovey pleaded not guilty to all of the charges in August.

On Friday, Judge Scott Drazewski set a hearing for 2:30 p.m. March 23 on the motion filed in McLean County Circuit Court by defense attorney Tristan Bullington on Thursday. The state was given until March 13 to file a written response.

The charges have "created substantial prejudice against the defendant" because a recording of an initial interview in 2005 with the victim has been destroyed, said Bullington  in his motion.

"A delay of 14 years without any justification is not reasonable, as a result, defendant has established both substantial prejudice, and an an unreasonable delay," Bullington also contended.

Connect Transit has 459 bus stops. A new tool shows which ones comply with the Americans with Disabilities Act.

The two counts of aggravated criminal sexual abuse allege crimes between Aug. 1, 2004, and May 31, 2005, involving a student.

Conduct alleged in those two charges was investigated in 2005 and no charges were brought at that time.

"As part of the original investigation the alleged victim was interviewed by the Child Advocacy Center on Oct. 13, 2005, and a recording of that interview was made," the motion stated. "On Nov, 7, 2005, the case against Mr. Hovey was closed, with the police determining 'there is no evidence to support criminal charges of Mr. Hovey.'"

At some unknown point, the recording of the victim's interview was destroyed, Bullington stated in the motion.

The Department of Children and Family Services also did an investigation in 2005, which it closed that same year as "unfounded," according to the motion.

All of the DCFS' records from that investigation have been expunged from their records, according to the motion.

One issue raised: There are more than 38,000 people being held in Illinois state prisons, according to Department of Corrections data. Of those, more than half are black, even though African-Americans make up only about 13 percent of the state’s population.

A bipartisan coalition of state lawmakers and advocacy groups announced an effort in both chambers Thursday to overhaul the way Illinois’ legislative districts are drawn.

Jonathon Hovey, left, with his attorney, Tristan Bullington, in front of Judge Scott Drazewski on Aug. 16, at the McLean County Law and Justice Center.

Jonathon "Jon" Hovey, 47, of Forsyth was charged as of Aug. 3, 2019, with two counts of predatory criminal sexual assault and four counts of aggravated criminal sexual abuse. The former first-grade teacher at Glenn Elementary School, Normal, is accused of sexually assaulting at least two children since 2005. 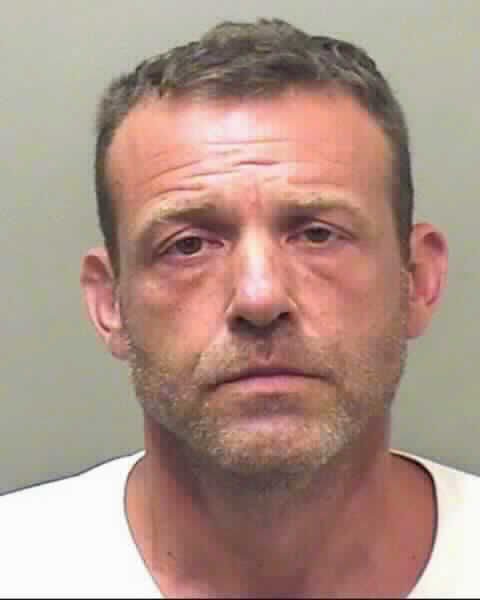