Watch now: Here's how hot it could get Wednesday in Bloomington-Normal

BLOOMINGTON — An argument outside a downtown Bloomington bar early Saturday morning led to a man firing eight shots at two women, killing one and seriously wounding the other, authorities said.

Michael Bakana, 41, of Normal was charged with three counts of murder, one count of attempted murder, and two counts of aggravated battery and discharge of a firearm. He is accused of killing Mariah C. Petracca, 22, of Bloomington and seriously wounding another woman whose identity has not been released.

Officers from the Bloomington Police Department were called about 12:46 a.m. Saturday to the 500 block of North Main Street.

“Upon arrival, officers observed the defendant being detained by civilians,” prosecutors said in court Saturday.

The officers also found two victims lying on the ground with gunshot wounds. Petracca was declared dead at 1:35 a.m. at the scene.

The other victim was taken to Carle BroMenn Medical Center, Normal, and later transferred to Carle Foundation Hospital in Urbana for surgery, police said.

The scene later was surrounded by yellow police tape and orange traffic cones indicating where evidence was found, and traffic in that area was blocked off.

"The footage showed that during the argument, one of the victims shoved the defendant away from them. The defendant is observed to then remove a firearm from his waistband and shoot eight times.”

Bakana then knelt to the ground, put his hands in the air, and civilians came to detain him until officers arrived, prosecutors said.

“The defendant was interviewed at the Bloomington Police Department, and during a recorded interview, admitted to (the) shooting,” prosecutors said.

No one else was in custody, and no one else apparently was injured, police said.

Onlookers at the scene said they were in Killarney's Irish Pub next door when the shooting happened but they couldn't hear anything. The management stopped the music to announce there was a crime scene out front and directed patrons to leave through the back door on the building's east side.

They said the downtown bar scene was typical for a Friday night now. Bars are allowed to operate but with limits on the number of people inside because of the pandemic.

The shooting came almost a week after a 34-year-old man was shot while walking in the 200 block of North Oak Street.

At approximately 4:45 p.m. Jan. 23, police were called to the Bloomington Fire Department headquarters at 310 N. Lee St. for a person who was shot and requesting medical attention. Firefighters rendered first aid and then transported him to the hospital.

The investigation into the Saturday morning shooting is continuing. Anyone with information is asked to contact BPD Detective Paul Jones at 309-434-2548 (pjones@cityblm.org).

It was the first homicide of 2021 and the third shooting reported in Bloomington of the year.

No arrests have been made and there were no injuries reported.

The guns were found by patrol officers and the Problem Oriented Policing Unit.

An aggravated battery charge is pending for a Bloomington man.

Michael Bakana appeared in court Friday for an arraignment, but he requested a French interpreter, as an attorney said Bakana speaks only “a smattering of English.” A continued arraignment is scheduled for March 19, when a plea is expected to be entered.

It's the sixth shots fired incident reported this year in McLean County.

A Normal man on Friday pleaded not guilty to murder in the Jan. 30 shooting that left one person dead and another critically injured after an argument outside a downtown Bloomington bar. 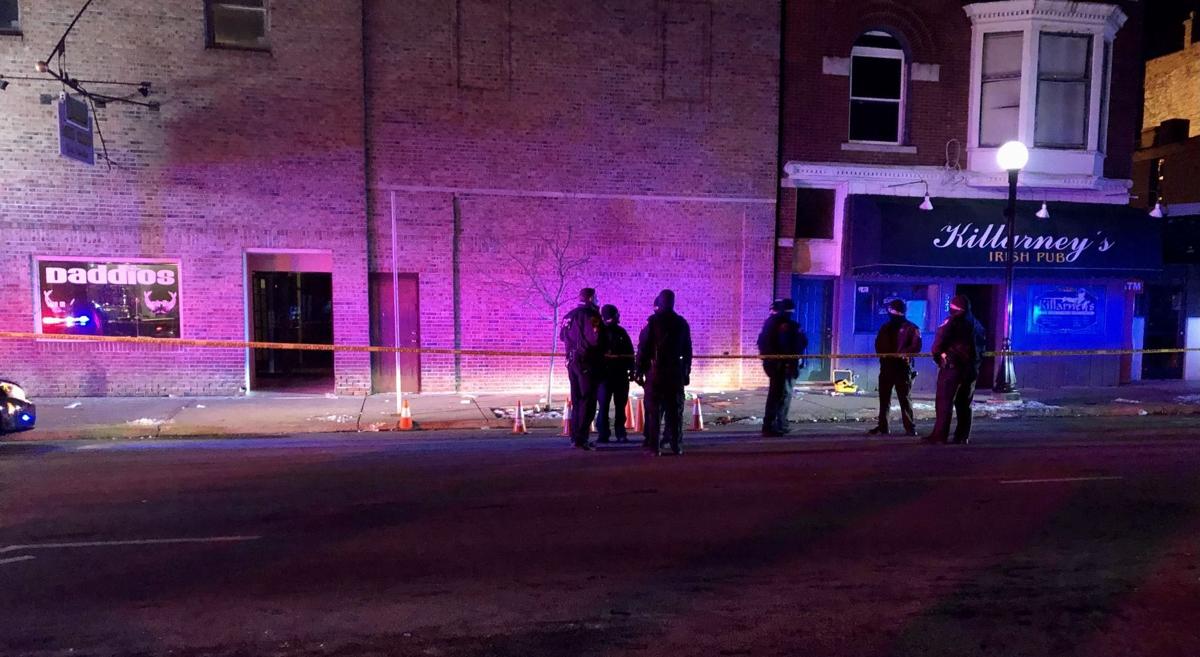 Police investigate at the scene of a fatal shooting early Jan. 30 on a sidewalk in the 500 block of North Main Street in Bloomington. 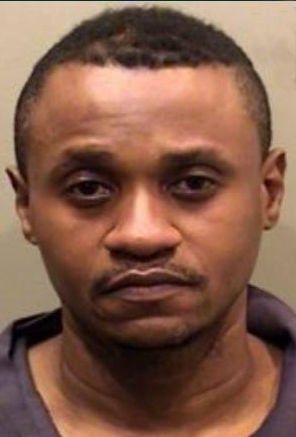 Michael Bakana, 42, is charged with three counts of murder, one count of attempted murder, and two counts of aggravated battery and discharge of a firearm.