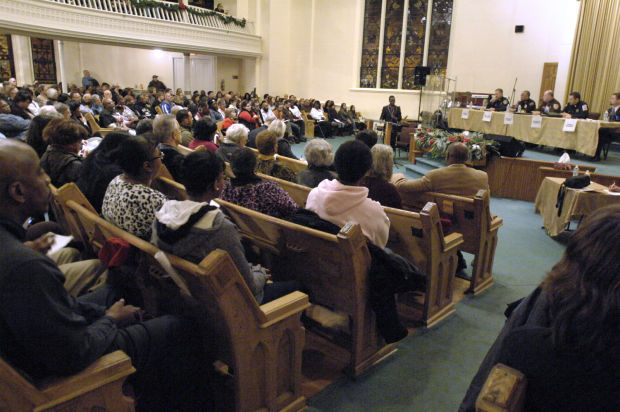 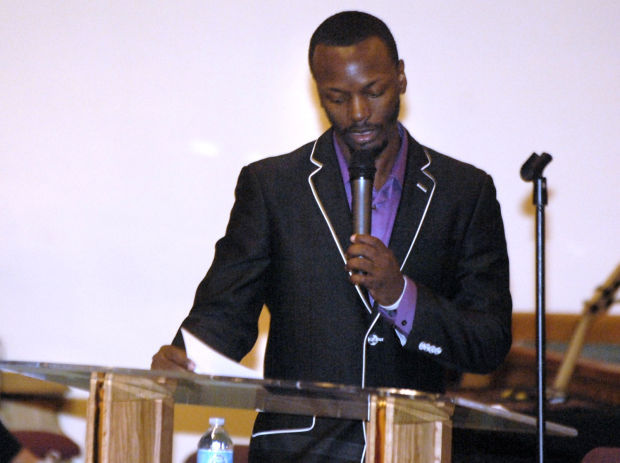 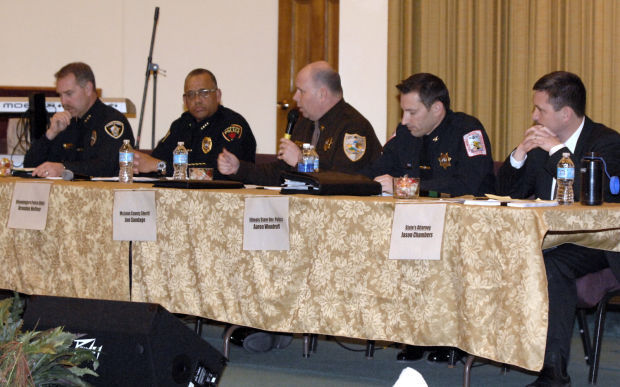 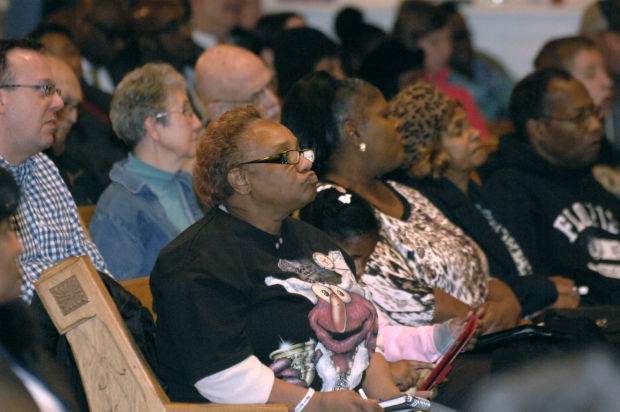 BLOOMINGTON — Bloomington Police Chief Brendan Heffner once again rejected as "terrible" a racially offensive comment that led to a sergeant being reprimanded in 2013, but said Thursday he cannot order the officer to publicly apologize.

"That is a question for Sgt. (Edward) Shumaker," said Heffner of a request for an apology. "I will ask him about that, but I cannot make him do that.

"Since you brought him up, I will just say ... his comments were terrible. None of our officers condone that and it's against our policies. That is not what we are about."

The officer's comment and how the department handled it were a recurring topic Thursday at "Breaking Barriers," a forum organized to discuss police-community relations at City of Refuge Church, Bloomington. The event drew leaders from local law enforcement, the McLean County state's attorney's office and various civic groups.

A squad car camera recorded Shumaker remarking that he hoped a black stabbing victim would bleed to death as officers responded June 30, 2013, to a disturbance at a Bloomington restaurant. Shumaker was reprimanded, but the remark came to light Jan. 8 when the recording was played for a judge in a trial in which a woman was acquitted of pushing a police officer responding to that disturbance.

The city disclosed the nature of the reprimand on Jan. 14 after requests from the news media, and Heffner said Thursday he knew some people would think it wasn't enough.

Heffner said Shumaker did not have a pattern of such behavior before or after the incident, which was taken into account when the discipline was decided, Heffner said.

"I (knew) him since he was young. I worked with his father before. I will tell you that was out of character for him, but that was not an excuse for the comments he made," said Heffner.

One man told the gathering he believed the written reprimand sent the message to other officers that they can make "overt racist comments ... as long as they do it once and don't want a promotion next year. That seems to me to be tone deaf given what this community has felt."

Heffner was not a member of the police department at the time of the incident and was not involved in administering the discipline.

"This was a one-time incident for this person. That was taken into consideration," Heffner said. "I would have administered time off. I told him that.

"I can't speak to what was done prior to myself arriving (as police chief). People may not like his discipline and I can understand that, but you have to give us some credit in being transparent."

More than 100 people were packed into the church as Heffner sat on a panel with Normal Police Chief Rick Bleichner, Illinois State University Police Chief Aaron Woodruff, McLean County Sheriff Jon Sandage and McLean County State's Attorney Jason Chambers. The officials answered more than 50 questions from the public, some of which were submitted in advance.

They were asked about traffic stops, police hiring and training procedures, the ethnic makeup of the departments, how to file complaints about police behavior, the department's disciplinary procedures and what measures were in place to detect racial biases of officers, and how criminal charges are determined.

"Whether racism is real or perceived is a problem that needs to be talked about," said Sandage. "And we're taking a positive step here in our community."

The sheriff said his patrol division has 43 white men and one white woman; there are no minorities. For the jail division, there are three black male and 20 white female correctional officers.

Woodruff said he has 20 male patrol officers and six female. Three are black.

The chiefs said they would like to see their departments become more diverse and urged more minorities to apply.

Not in Our Town, the local NAACP chapter and other civic groups organized the event before the trial that brought Shumaker's comments to public attention.

"Our aspiration is to try to do at least three more of these before the year is over," said Mike Matejka, chairman of NIOT's Community Engagement Committee. Dates for the events have not been scheduled.

The Twin Cities got a good start, if a difficult one, last week on addressing problems of racism in the community.

NORMAL — Respect from both sides — police and those they encounter — can go a long way toward keeping situations from going bad.