BLOOMINGTON — The man found stabbed to death on a Bloomington street early Friday morning has been identified as Dale E. Baughman, 59, of Normal, according to a news release Saturday afternoon from McLean County Coroner Kathy Yoder.

Larry E. Knell, 44, Normal, has been charged with first-degree murder in the case, Bloomington police said in a statement issued early Saturday. Knell was arrested on a warrant about 10 p.m. Friday in the parking lot of a Bloomington gas station by the Bloomington police SWAT team.

Officers had been called at 1:36 a.m. Friday to investigate the report of the man later identified as Baughman lying in the 600 block of West Seminary Avenue, near North Oak Street. They found a deceased, middle-aged, white man who had been stabbed multiple times, police said in the statement. 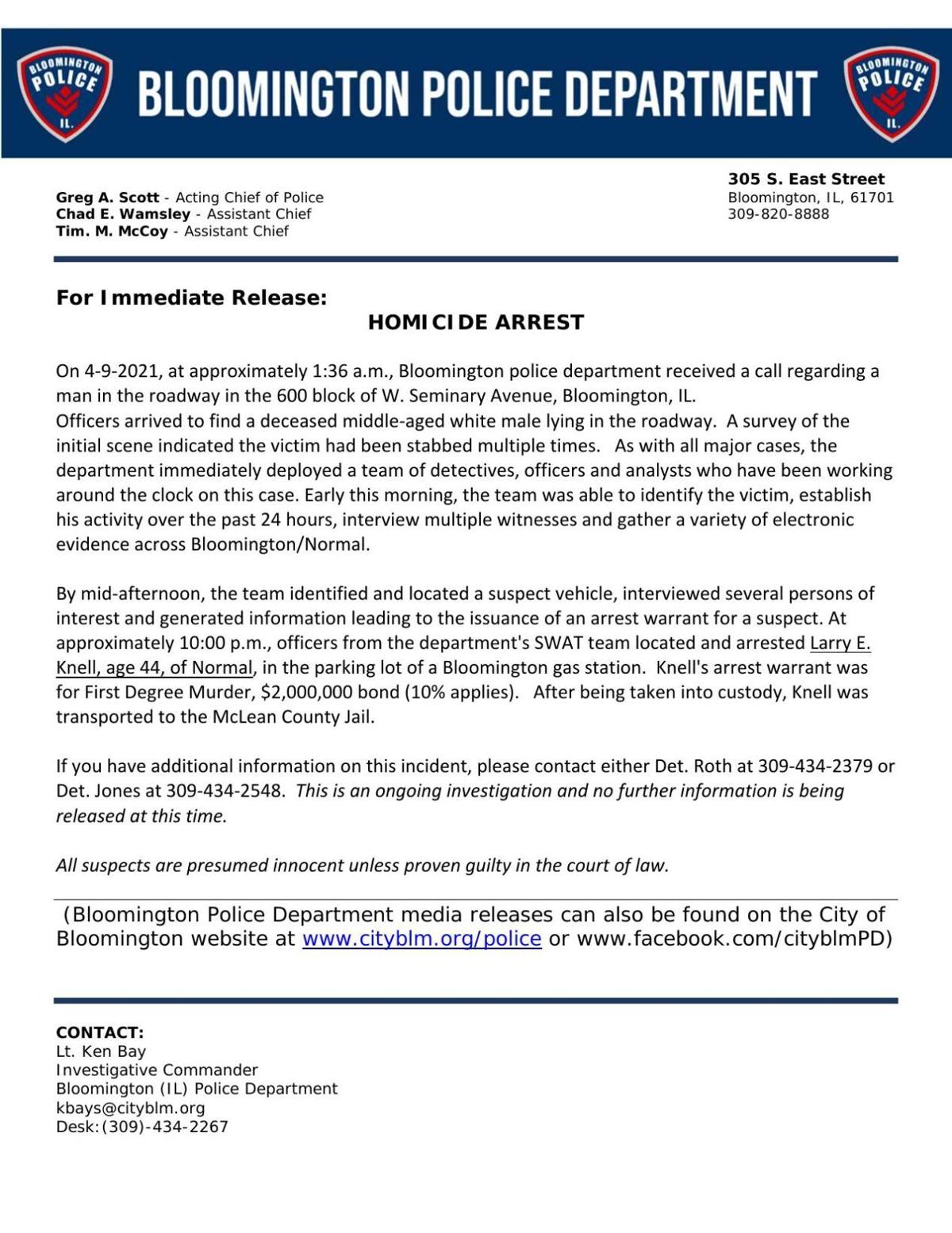 By midafternoon, a suspect vehicle was located and then an arrest warrant was obtained, police said.

The incident remains under investigation by the McLean County Coroner’s Office and the Bloomington Police Department.

Domestic battery charges are pending for a Bloomington man after police say he beat his girlfriend on two occasions.

The Normal Police Department is asking the public to offer input about its compliance with certain professional standards.

Bond was set Tuesday for a man who was held in McLean County jail custody on domestic battery charges.