NORMAL — School bus drivers and monitors who work for Normal-based McLean County Unit 5's bus service are finally on their way to a union contract.

First Student Inc., the Cincinnati-based bus provider contracted by Unit 5, has recognized and started negotiating with the American Federation of State, County and Municipal Employees.

“Now we’re in the bargaining process and hope things go smoothly and we can all move forward and address the issues in the transportation department,” said AFSCME Council 31 representative Renee Nestler.

As part of an agreement approved by the National Labor Relations Board, AFSCME agreed to drop unfair labor practices complaints filed against First Student that Nestler said involved seniority, discipline and hiring practices.

"They said all they want is to negotiate. They'll get their wish,” said Robert Rutkoski, northern Illinois area general manager for First Student.

Unit 5 bus drivers and monitors were negotiating their first union contract with the district in 2012 when Unit 5 opted to outsource bus service. The 4th District Appellate Court later ruled Unit 5 switched to First Student for legitimate reasons and not to discriminate against union employees, and the district paid $28,000 this summer to settle unfair labor practices complaints.

The agreement came four days before a scheduled NLRB hearing in Peoria with the two parties. Rutkoski said previously the company would wait for the hearing before acting.

“What changed is the stance on the part of the union,” he said Tuesday. “By getting together and talking about the issues, we found mutual ground that says we should be able to negotiate a contract.”

“There’s lots of unknowns at this point,” Nestler said, but officials set aside Tuesday, Wednesday and Thursday of this week to begin negotiations. She said bargaining includes economic issues, and “those tend to be some of the most difficult things to bargain over.”

Unit 5 sought assurances in writing that those issues would improve when the district agreed to a new three-year, $7.4 million contract with First Student in May with a mutual option for a two-year extension. 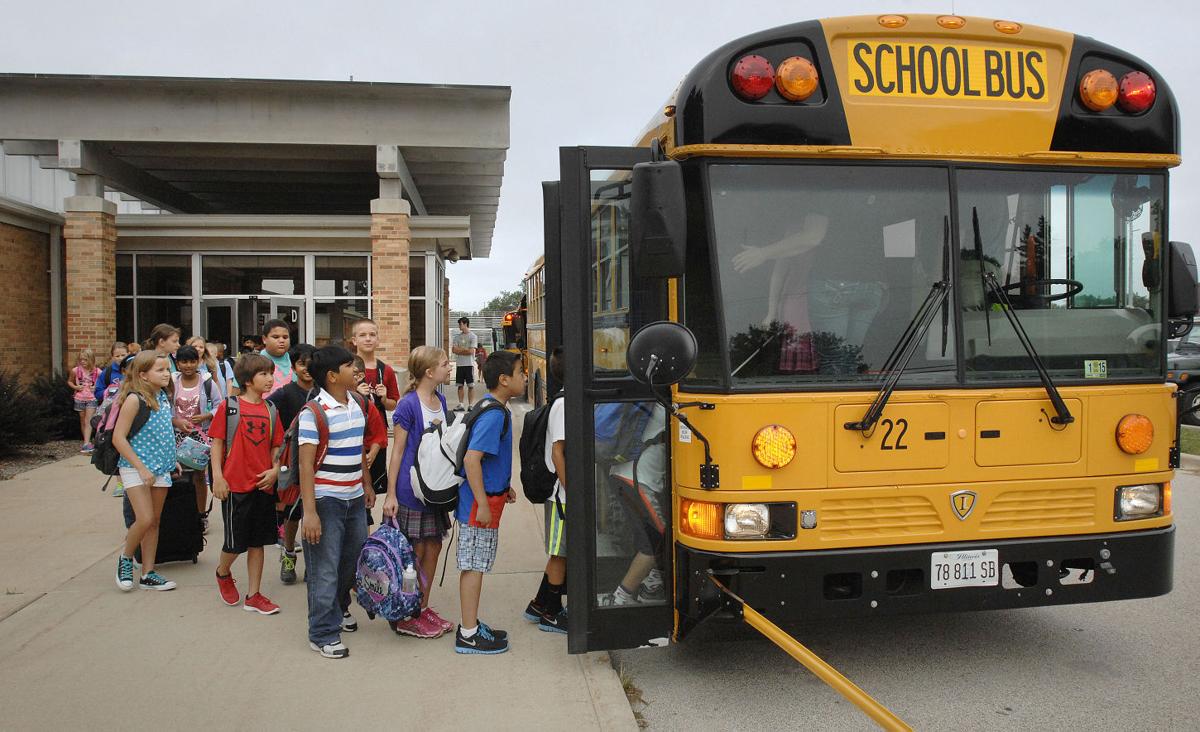