Watch: Day 2 of the Trump impeachment trial in the Senate

State election officials confirm as many as 16 who identified as not being U.S. citizens voted in 2018-19

NORMAL — Some of the faces might have changed in state government, but Illinois State University's legislative agenda hasn't changed: Officials want the state to modify how it appropriates money for public higher education.

During the past year, ISU has been emphasizing to anyone who will listen that it wants to see a funding formula for higher education that takes into account such factors as enrollment and performance.

Although there is a performance funding model, it affects only a tiny percentage of the state appropriation, “not a meaningful amount that would affect institutional behavior,” said Al Bowman, executive director of the Illinois Board of Higher Education. “There's never been a full-fledged, system-based funding formula for public universities in Illinois.”

Each university submits a budget proposal to the IBHE which, in turn, makes recommendations to the governor and General Assembly. In practice, appropriations for public universities tend to result in a percentage increase — if any — across the board.

While nearly every university in the state has struggled with enrollment in recent years, ISU's enrollment has been relatively stable or climbing. That has resulted in ISU receiving the lowest per-student state appropriation among Illinois public universities.

Based on the current fiscal year appropriation and fall full-time-equivalent student figures, ISU received $3,660 per student. The next closest, Northern Illinois University, received $5,827. Most of the rest received between $6,200 and $6,700 per student.

“It's not fair,” said Rocky Donahue, chairman of the ISU board of trustees. “We believe we've been penalized for being successful.”

Trustees spent time at a recent retreat talking about their legislative advocacy plan.

“There are a number of new legislators coming on board. … We need to educate them about ISU,” said Donahue.

ISU President Larry Dietz said letters are being sent to the newly elected officials “with an invitation to come and see us.” That includes Gov.-elect J.B. Pritzker.

Donahue said he, Dietz and Jonathan Lackland, ISU's director of state governmental relations, met with Pritzker during the campaign.

“We brought this issue to his attention,” said Donahue. “It's my belief the incoming governor understands the importance of higher education … and why we need a good higher education system in Illinois.”

One face that hasn't changed in Springfield is that of state Rep. Dan Brady. The Bloomington Republican who has served in the House since 2001 is one of the founding members of the higher education working group and minority spokesperson on the higher education appropriations committee.

Brady said per-student funding is only one way to look at state appropriations. Another way is the total amount received. By that measure, Brady said, ISU ranks fourth with its $66.3 million appropriation.

Both the legislative higher education working group and the IBHE, whose groups have representatives from the universities as well as the governor's office and General Assembly, are looking at ideas for formulas.

Donahue said: “The board is realistic enough to see this is not something that will get done in the next five months. … We want to see it moving forward.”

Brady said, “If you look at what we just did with the K-12 formula (for primary and secondary education), … we got there eventually, but it took a lot of compromise” and four years.

He sees it as a bipartisan issue in which “we all have a core mission together to strengthen higher education in the state.” But Brady said the real test will come when there are specific proposals.

Factors likely to be considered are enrollment as well as graduation and retention rates, areas in which ISU has performed well.

State Sen. Chapin Rose, R-Mahomet, another founder of the working group, said, “This needs to be done right, not be done quickly.”

Rose said, “What worries me a little is whether we move forward or regress and just throw money at it.”

He said, “Every campus in the state has something to offer … but maybe they shouldn't try to be all things to all people.”

Brady and Rose point to the progress the working group has already made in changing the Monetary Award Program, which provides grants to students in financial need, so schools can make more of a long-term commitment, and creation of the merit-based AIM High program.

“Every single admissions director told us that's what they needed to keep kids in Illinois,” said Rose.

Funding formulas and other approaches in several different states are being reviewed.

Bowman said, “Most institutions think what makes sense is having a base-funding formula that includes performance elements.”

He added, “It will take some work to come up with a formula that's nuanced enough to be fair to all institutions.”

Donahue said, “We don't want ISU to benefit at the expense of other institutions. … This is not a money grab.”

But if ISU's gains don't mean losses for others, that means more money has to be pumped into higher education. Asked how schools can get more money, Donahue said, “That will be the hard conversation.”

ISU seeks public-private housing deal for up to 1,200 students

DECATUR — Gov. J.B. Pritzker pledged during a visit Thursday at Richland Community College in Decatur that his proposed budget will lead to mo… 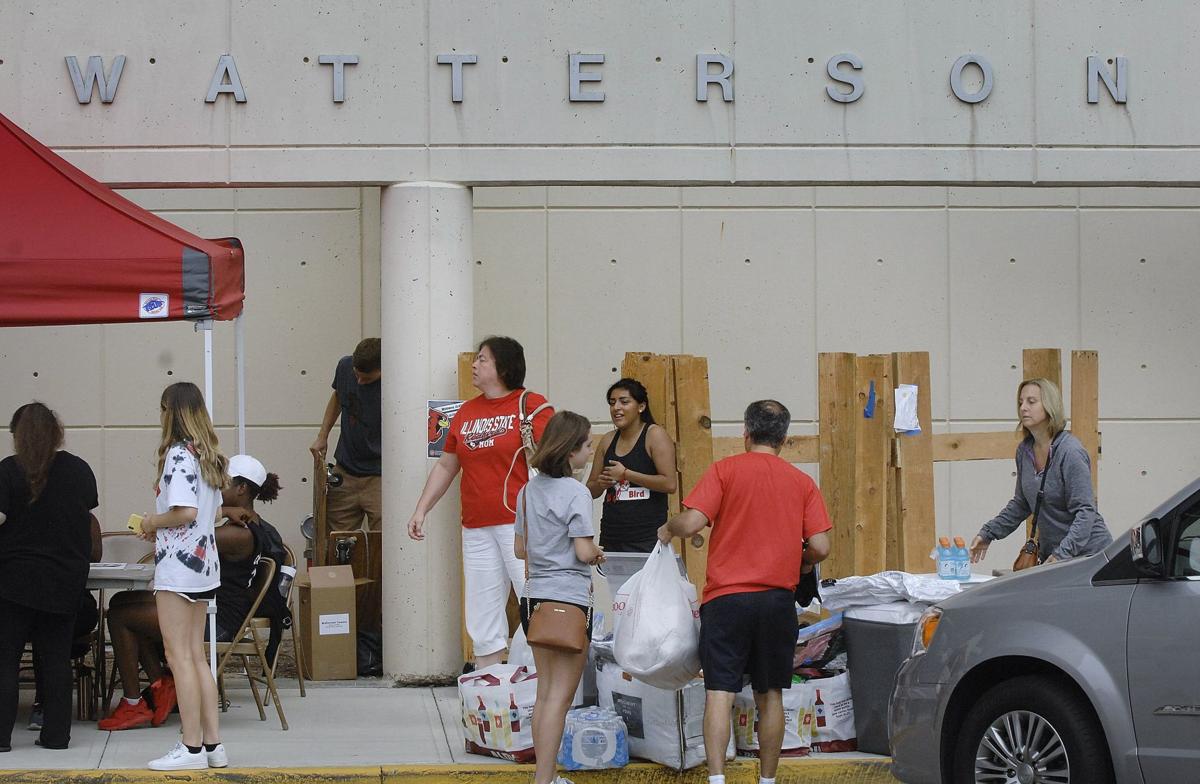 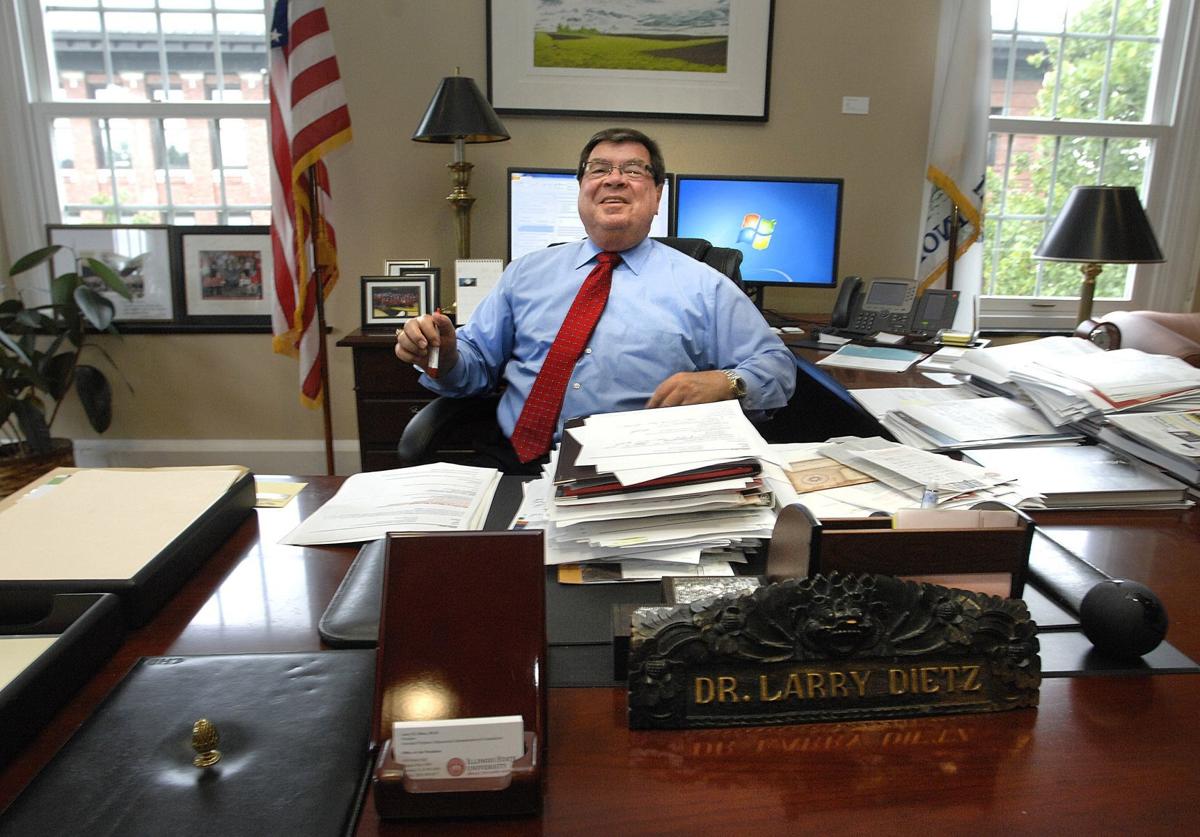 Illinois State University President Larry Dietz, shown in his office in August, is reaching out to newly elected officials to tell them ISU success stories. 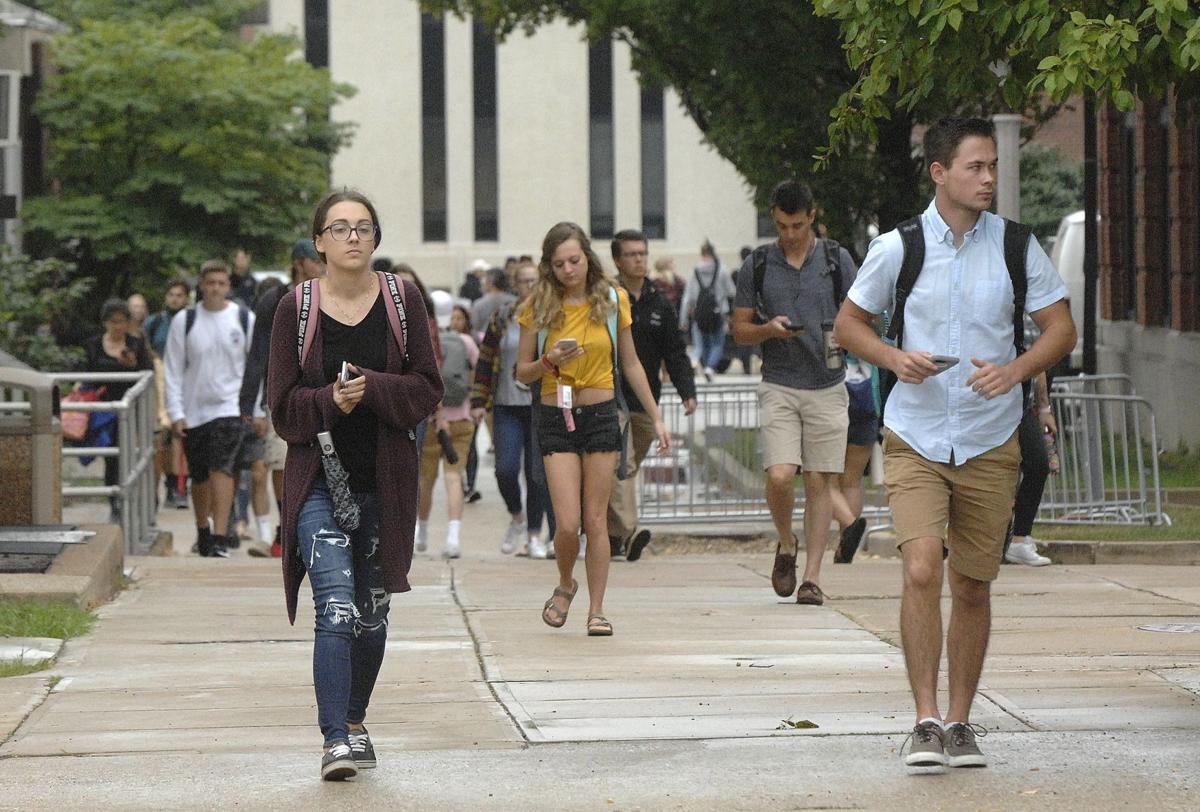 Illinois State University students fill sidewalks around the quad on the first day of classes Aug. 20, 2018, on the Normal campus. ISU's enrollment has remained strong while most universities have struggled, and ISU officials want to see that reflected in state funding. 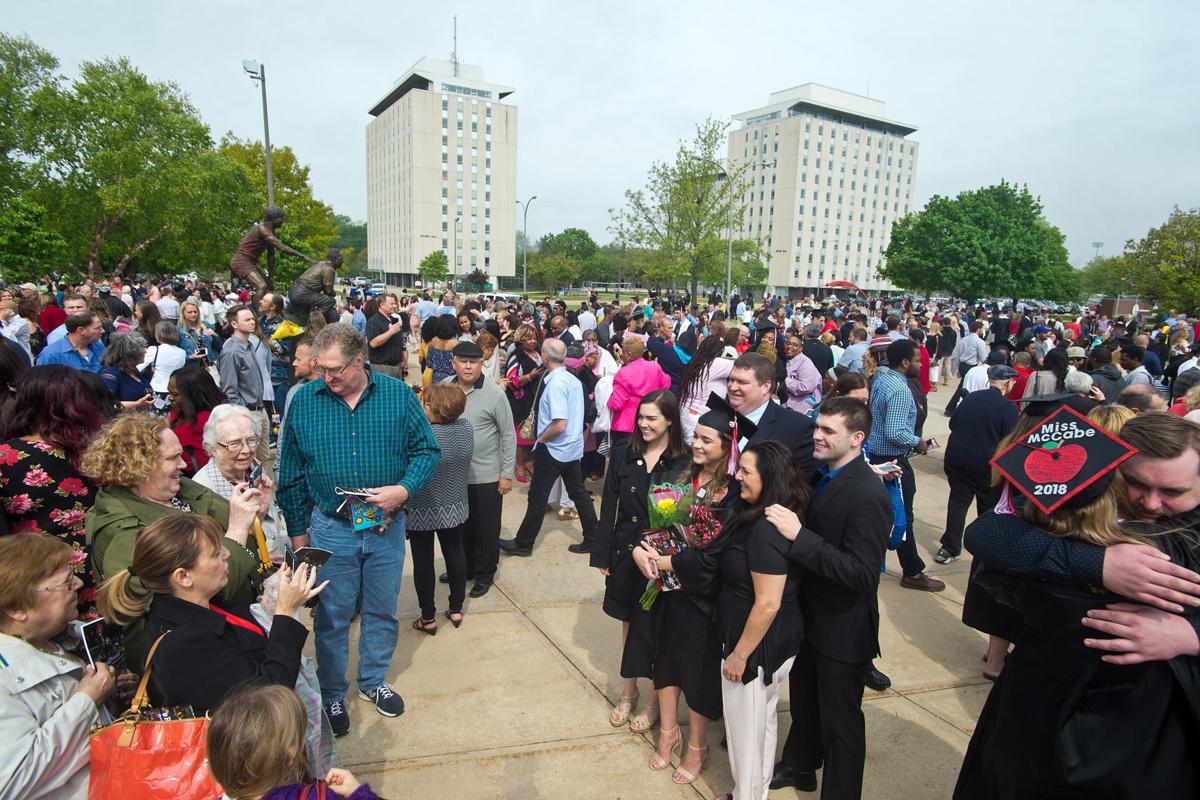 Illinois State University graduates gather with friends and loved ones following commencement May 12 outside Redbird Arena in Normal. ISU officials would like to see its strong graduation rate and other performance measures play a larger role in state funding decisions.