NORMAL — Wib Leonard comes from a family of educators.

“I remember my father saying to me, 'You won't get rich as a teacher.'”

But Leonard has found riches other than money as he enters his 50th year of teaching as an Illinois State University professor — longer than any other faculty member in the school's history.

“Passion is what leads me forward one day after the next,” said Leonard, who is 75 and has no immediate plans to retire. “After all these years, for the most part, I still look forward to getting here and doing my shtick.”

That “shtick” includes teaching statistics, a subject that can cause some math-phobic students to cringe.

But that's not how Diane Zosky sees it.

“I often say Wib Leonard could teach statistics to a rock,” said Zosky.

She is not just speaking as a fellow professor (social work, in her case) and interim dean of the College of Arts and Sciences.

“I first met Wib in 1978,” said Zosky. “I was one of his students in an undergraduate statistics class.

“He made a lasting impression.”

Rather than focus on formulas, Leonard, a sociology professor, placed things in context and presented statistics as story problems, she recalled.

“He's really energetic as a teacher. You didn't fall asleep in his class,” said Zosky.

While some professors might say their job is to teach and the student's job is to learn, Zosky said Leonard “partners with students.”

Leonard's awards include being named a distinguished lecturer and outstanding teacher. He has written several books, including textbooks and "Symbolic Immortality of Sport."

Leonard said, “If I worked at State Farm as a statistician, I could make three times the salary,” but he recognized, even if his father didn't state it explicitly, “you go with your passion.”

He enjoys interacting with students and seeing “the light bulb go off” when they figure something out. He also likes having more schedule flexibility and discretion than he would have in the corporate world.

He estimates he has taught 10,000 students in his career, some of whom were children of earlier students.

He even has a tattoo of Reggie Redbird on his forearm. It was a grandson's idea.

“I went first. He chickened out,” Leonard said with a laugh.

A football and basketball player in college, Leonard still swims every day. He credits his longevity in the classroom to that active life, a positive attitude and genetics: his mother lived to be 100.

His record for most points in a single game at his high school in Pennsylvania — 56 — still stands after nearly 60 years. He was offered tryouts with two professional football teams after graduating from Albright College.

A picture of him in his college football uniform is on a plaque listing recipients of the Dr. Wib Leonard Quantitative/Sociology of Sport Scholarship, granted to the sociology-anthropology major who has shown a passion and competence in data analytics.

Like an athlete nearing the end of his playing days, Leonard said, “I just go year by year.”

People often ask him when he will retire, but he is not ready yet.

“I think I'll know when that time comes,” he said. “I hope I won't be like the baseball player who stays one or two seasons too long.”

Meanwhile, Zosky notes, “He has the same passion for teaching today as he had the first day. … He's a lighthouse for all of us and something to aspire to.”

“Passion is what leads me forward one day after the next. After all these years, for the most part, I still look forward to getting here and doing my shtick.”

NORMAL — Diversity, college costs and keeping students in the state are among the issues of concern for two new trustees appointed to the Illi…

No tuition hike for incoming freshmen at ISU; fees up $10 per credit hour

NORMAL — New freshmen, transfer and graduate students for the 2019-20 academic year will pay the same tuition, room and board rates as those i…

NORMAL — The National Pan-Hellenic Council will celebrate the establishment of a Bloomington-Normal chapter on Saturday.

A 'special day': Fathers and their families celebrate Father's Day

BLOOMINGTON — For help on what to do for Father’s Day, six-year-old Chayton Pfau went to the best source he knew. 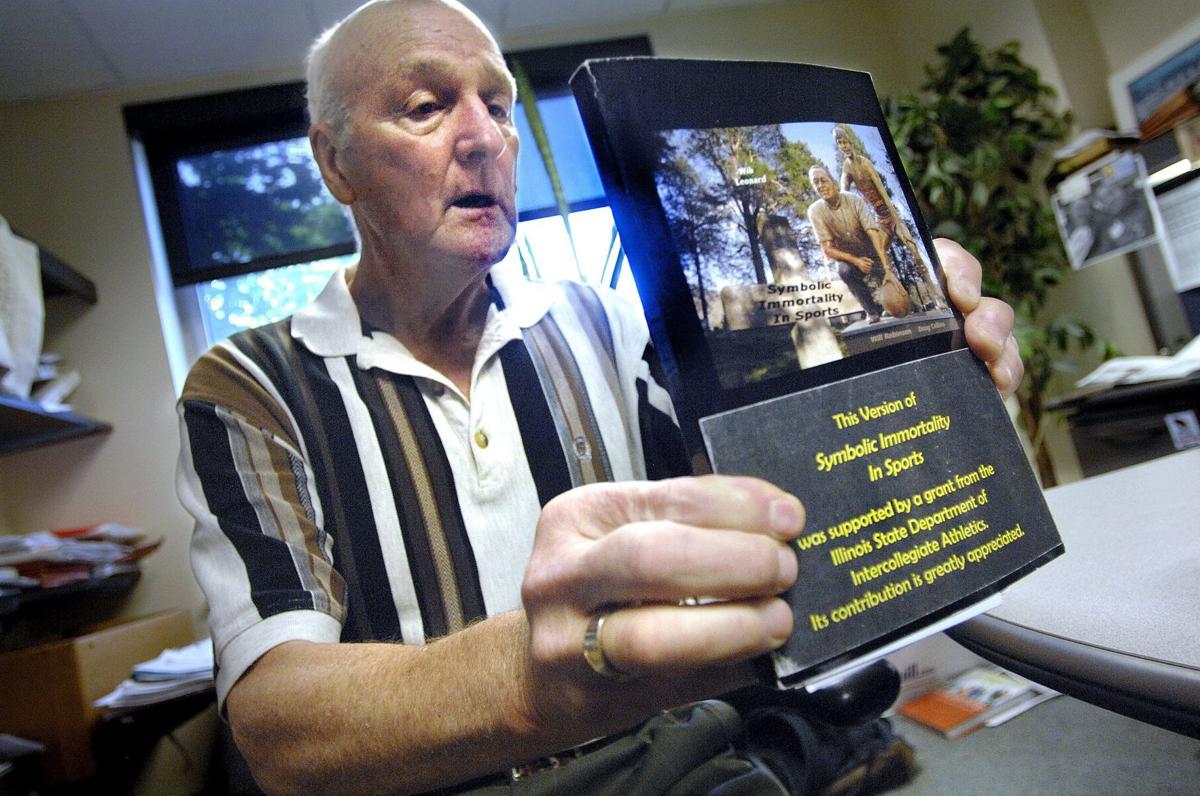 Wib Leonard, Illinois State University sociology professor, said his book "Symbolic Immortality in Sports" was one of the major accomplishments of his research into the sociology of sports. Leonard is in his 50th year of teaching at ISU. 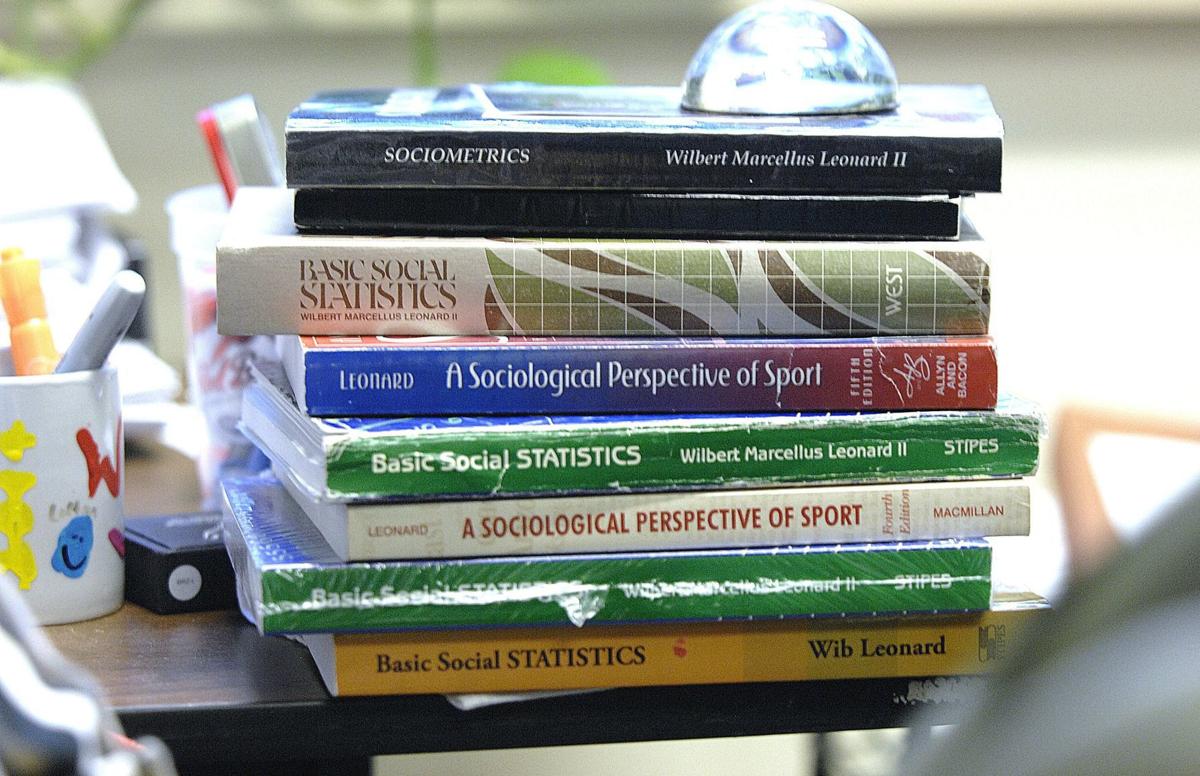 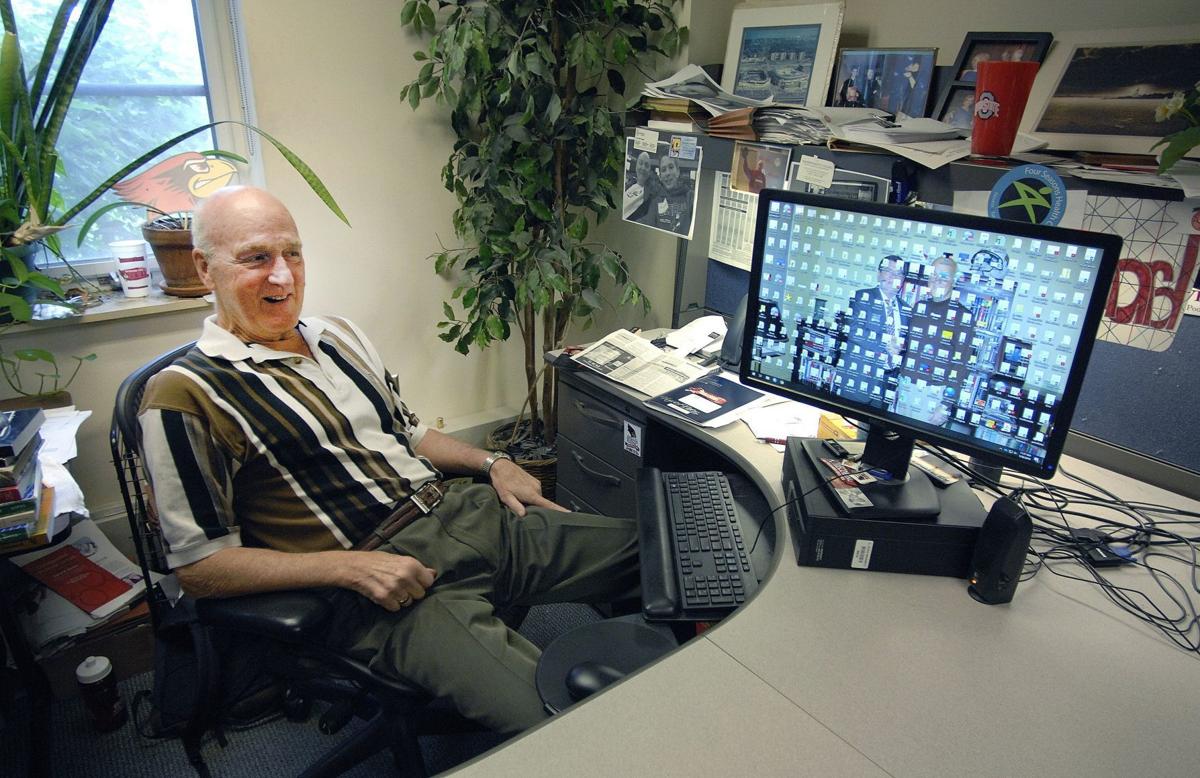 Wib Leonard, Illinois State University sociology professor, uses a photo of himself with ISU President Larry Dietz as a background on his computer monitor but admits the slew of icons for messages and projects have somewhat obscured the image.