Law enforcement on March 29 search Little Wall Lake in Hamilton County in Iowa after a boat capsized. A Normal native died in the incident.

Law enforcement gather near a boat ramp on Little Wall Lake as they resume the search for a missing Iowa State University Crew Club member on Monday, March 29, 2021, in Hamilton County. The ISU student has been missing since the rescue of three other students and the death of one on the lake Sunday. (Kelsey Kremer/The Des Moines Register via AP)

NORMAL — Derek Nanni was not one person’s best friend — they all wanted to claim him.

“We had like five or six eulogies from his friends and I think a lot of us all said that Derek was our best friend, because that’s just who he was,” said Brode Wall, an Iowa State University student who graduated from University High School with Nanni last year. “He was always so trustworthy and always just your best friend — that’s the only way to put it.”

Wall said the line for Nanni’s visitation was out the door Saturday, as members of the U High community and students from Iowa State came to give their condolences.

Nanni, 19, was one of two members of the Iowa State Crew Club killed in a boating accident March 28 at Little Wall Lake outside Ellsworth, Iowa. He and 20-year-old Yaakov Ben-David of Washington, D.C., died Sunday morning after their boat capsized, according to a statement from the university.

Since his death, Nanni’s former classmates and friends have pulled closer together and raised more than $21,000 for a scholarship to honor him.

Zane Sorensen, another 2020 U High grad, said he spent about seven and a half hours livestreaming on Twitch last week, bringing in donations for the fund.

“We watched some funny videos just to try and keep everybody’s moods up because obviously it’s a very upsetting situation,” he said. “Just chatting, talking to people about what the money is going to go towards ... People just kept coming in and asking questions and donating and kept it moving.”

Nanni’s former classmates echoed how hard his death hit them, but seeing the community come together, “I think that was the first step for all of us to try and turn something so so crazy and negative into a more positive situation,” Sorensen said.

“I think this is a really good example of how many people Derek touched. The fact that we were able to raise so much money in such a short amount of time, all in honor of him, really shows the kind of person that he was, and I think he deserves every penny that was raised in his honor.”

Sorensen said Nanni’s family wanted the money to go toward a scholarship for graduating U High students to “keep it in the U High community.”

While it hasn’t been determined how the scholarship will be awarded, Wall said he thinks the U High staff should give it to “whoever was really just like the best friend of everyone because that’s really who Derek was.”

He said Sorensen’s livestream was “really powerful” and he tuned in and donated because he wanted to honor Nanni’s memory, and because “that type of person should be celebrated and that’s what Derek would have wanted — for people like that to be celebrated.”

Lester Hampton, the cross country and boys track coach at U High, said after spending seven seasons with Nanni, his selflessness is what always shined through.

“Especially someone of his age… everything about him was just so genuine,” Hampton said. “He put everyone ahead of himself, always thought of others, always worried about how others were doing.”

Hampton said it was difficult to talk about Nanni and called his death “a tremendous loss.”

“If I could coach 25 to 30 Dereks, you know, I’d just be the happiest coach ever because he was just that type of kid — hard working, coachable, never questioned anything, just trusted and was just an unbelievable individual,” he said.

Sorensen and Wall said they both ran with Nanni in high school as well and said he was always one to lighten the mood.

“Almost anybody from U High could tell you at least one funny story about Derek and his crazy laugh or just something weird that he did that made Derek – Derek,” Sorensen said. “Just the fact that Derek touched so many lives so when given the opportunity, people did not hesitate to help, donate and raise money for this awesome cause — that wouldn’t be possible without the kind of person Derek was.”

Made in the shade

Iowa State University plans to review its policies and procedures for 55 school sports clubs following the drowning of two members of the student crew club at the weekend, the school said.

A 19-year-old Normal man was one of two people identified in a fatal boating accident at Little Wall Lake outside Ellsworth, Iowa.

NORMAL — A project to replace 2,654 feet of water main supplying discolored, rusty water to a subdivision in west Normal is moving forward.

Thomas Dyrek, a senior at Normal Community West High School, celebrated the publication of his first book Thursday with a book signing and a presentation on his favorite subject: trains.

Law enforcement on March 29 search Little Wall Lake in Hamilton County in Iowa after a boat capsized. A Normal native died in the incident.

Law enforcement gather near a boat ramp on Little Wall Lake as they resume the search for a missing Iowa State University Crew Club member on Monday, March 29, 2021, in Hamilton County. The ISU student has been missing since the rescue of three other students and the death of one on the lake Sunday. (Kelsey Kremer/The Des Moines Register via AP) 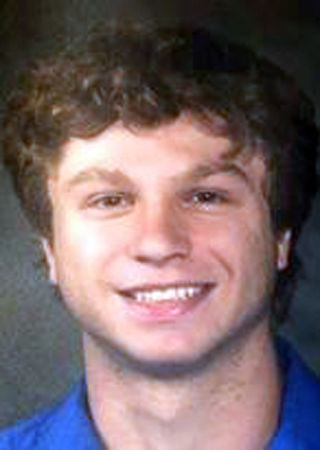