NORMAL — It may be homecoming weekend for Illinois State University, but to some uptown business owners, the spirit and general excitement associated with it are missing — along with the usual economic boost.

Windows are painted and red rope lights are wrapped around trees, but Ryan Fiala, owner of D.P. Dough at 121 E. Beaufort St. in Normal, said the homecoming atmosphere is almost non-existent.

“Even just the energy of the students within the community, it’s usually very lively, but this year it’s much more quieter than usual,” said Tembo.

It’s difficult to determine the financial impact of ISU having a mostly virtual homecoming week and no football game, but let this sink in: A typical ISU homecoming brings in an estimated $678,000 to the community.

“This would include hotel room, dining, entertainment and shopping while visitors are here,” said Crystal Howard, president and CEO of the Bloomington-Normal Convention and Visitors Bureau, who provided the $678,000 figure.

“We have many conferences that fill our hotels as well. This ranks up with them,” said Howard. “Everybody that’s coming in for an event is not just staying at a hotel. They buy gas, they go shopping. … It’s a great loss when we don’t have that. Our businesses flourish when they’re in town.”

“It is affecting business,” said Tembo. In a typical year, the Marriott is very busy during homecoming, “usually booked up, usually the whole of uptown Normal is completely filled up.”

But this year, the hotel and conference center has a lot more empty rooms than he’s used to and fewer events in the building at 201 Broadway Ave. in Normal.

“Last year was even more devastating,” he said. “In 2021 right now, there is some semblance of recovery compared to 2020, so I think this year will just be recovering and hopefully in 2022 things start to resemble 2019 a little more.”

How much the downturn is a product of a scaled-back homecoming and how much is a reflection of continuing concerns about travel during the pandemic is another unknown.

Luke Roskos, manager of Pub II, 102 N. Linden St., Normal, said, “For us it will be business as usual.” Because of limited capacity under COVID-19 mitigation rules, “We are usually full every Saturday. It just might be a little sooner than usual.”

Even if the homecoming football game hadn’t been canceled, the experience would have been different.

Tailgating around the stadium, a major attraction for homecoming, was prohibited. And the parade, which usually has people lining the streets, was moved to a virtual format.

“This is the first virtual homecoming and hopefully the last we’ll ever see,” said Fiala.

“A virtual homecoming is probably not going to do much or resonate much with the people who like to use homecoming as an opportunity to revisit their college experience,” Fiala said. “I feel that a lot of people, probably alums, are sitting out the spring and waiting on a more traditional one in the fall.”

Usually, when homecoming rolls around right on schedule in the fall, Fiala said businesses are preparing for customer surges coinciding with the parade and other festivities. It’s a time when D.P. Dough makes a point to have its full staff on deck due to the restaurant being “at least 50% busier” than regular work days.

When homecoming was canceled in the fall, Fiala said D.P. Dough felt a huge loss. Now, despite having a homecoming with virtual events, Fiala said he is preparing to see a small bump in business, anticipating that some students and alums may want to celebrate.

“There’s nothing like that homecoming vibe,” he said. “It’s that one day of the year where it seems like everybody is in a good mood and looking to enjoy the best of what campus and uptown Normal has to offer.

“We’re very much looking forward to it returning in the fall.”

Down the street, Medici in Normal is proceeding business as usual, said Delaney Auth, hiring and service manager.

“Homecoming can go either way for us,” she said. “It doesn’t usually take away from our business, but we get spurts of business that weekend usually.”

Auth agreed that the homecoming atmosphere is lacking, saying “it doesn’t feel like a regular homecoming would, for sure.”

“We’re kind of expecting stuff to be weird for the rest of the year,” she said. “We’ve had to learn how to adjust and accommodate the guests that we do have as safely as we can.”

Howard said, “We all hope everything will be a little bit back to normal this fall” with a more traditional homecoming and football game.

Recognize anyone? 32 images from homecoming at Illinois State University

Recognize anyone? 32 images from homecoming at Illinois State University

'Hidden Figures' author to speak at Illinois State University on role of women in science, technology

Margot Lee Shetterly sees "echoes of the past in the present." She is gratified to see these women receiving he attention they deserve.

Watch now: Here's how many have applied to become the next president of Illinois State University

During the public comment segment at the start of the meeting doctoral student Trevor Rickerd criticized what he described as an undemocratic “secretive, top-down, authoritarian approach.”

The issue was brought to the agency's attention by Illinois State University personnel after people reported symptoms consistent with food poisoning, the department said.

Watch now: Bloomington-Normal Restaurant Week is underway. Here's where to get your fill.

Nearly 40 restaurants, breweries and cafes spread across McLean County are participating in a 10-day spotlight of local culinary diversity. 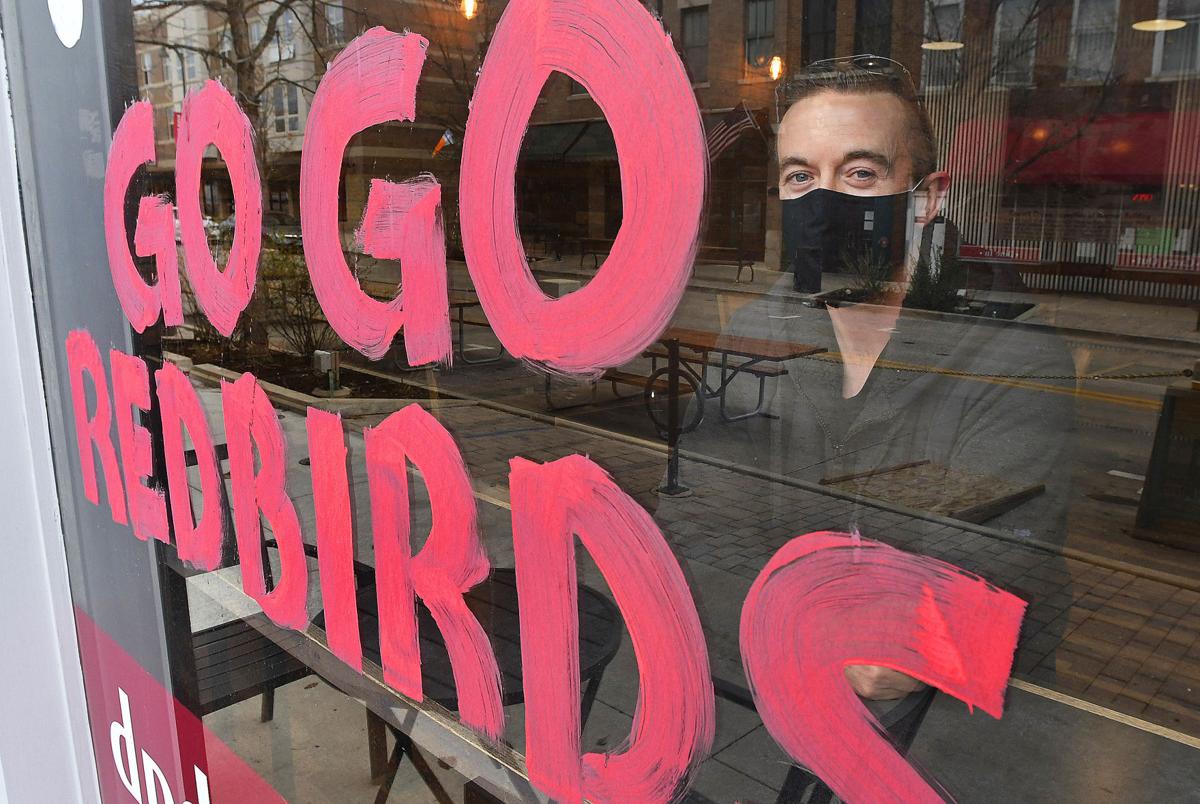 D.P. Dough owner Ryan Fiala had been hoping that this weekend's Illinois State University homecoming weekend would have brought more parents and students to his business in uptown Normal. 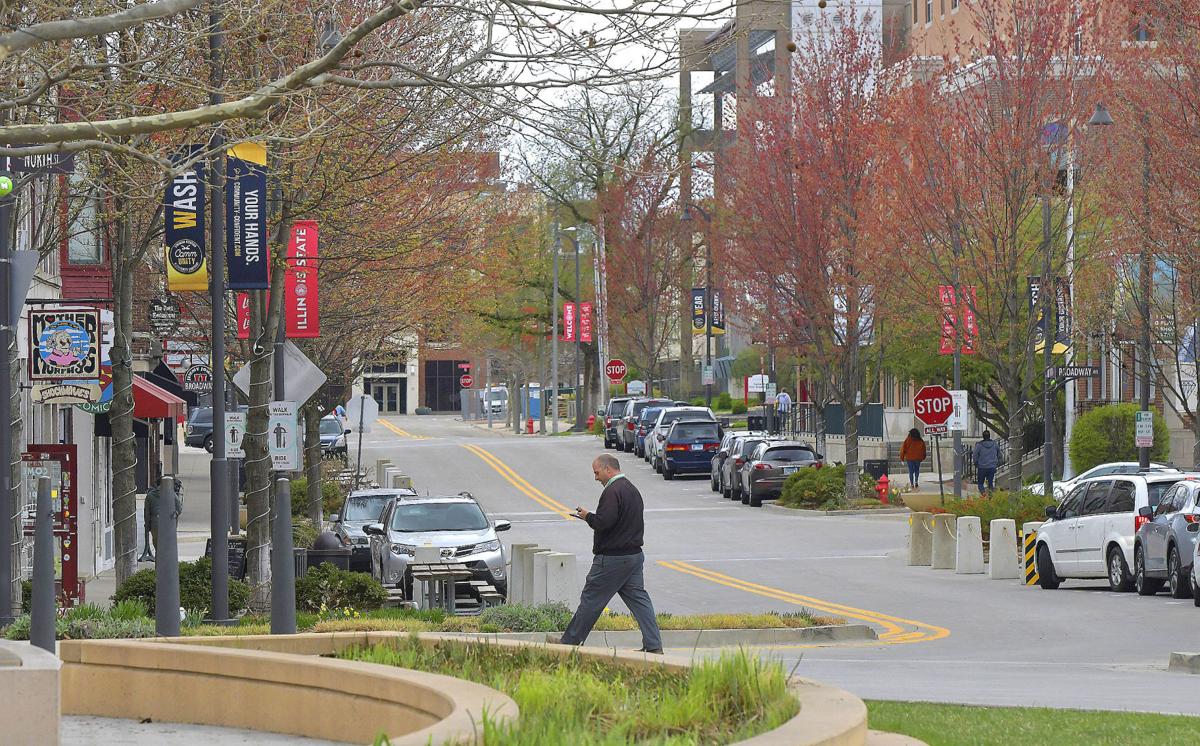 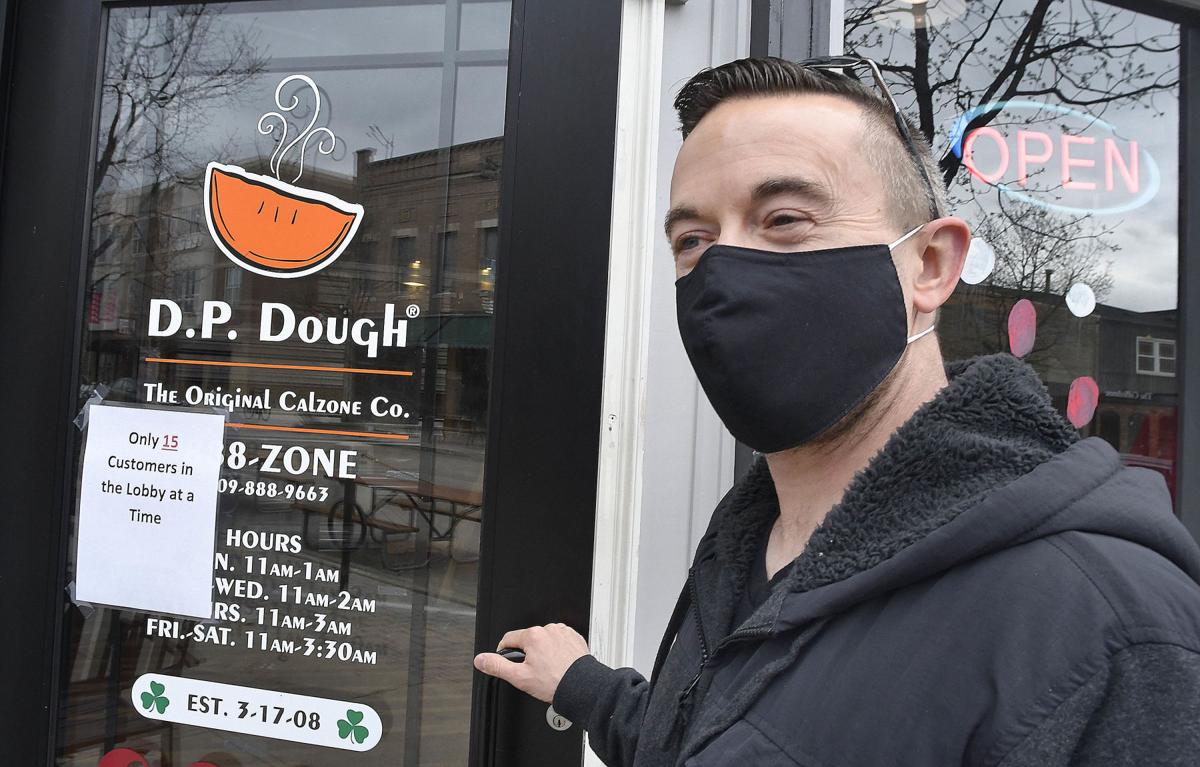 D.P. Dough owner Ryan Fiala said his business has adjusted to the COVID-19 pandemic but had been hopeful more parents and students would be out on the streets during this weekend's Illinois State University homecoming weekend.