7 facts about Rivian — and what comes next

BLOOMINGTON — The Miller Park Zoo is part of potentially groundbreaking research in an attempt to successfully breed snow leopards through artificial insemination.

"There only ever has been one offspring produced by artificial insemination in snow leopards and that was a little over 20 years ago," said Jason Herrick, the director of reproductive services at the Omaha, Neb.-based Doorly Zoo and Aquarium.

"So to use it for a tool to manage snow leopards in the zoos, we really need to get that efficiency up," said Herrick.

Herrick will join other scientists from the Center for Conservation and Research of Endangered Wildlife at the Cincinnati (Ohio) Zoo and Botanical Garden to collaborate on potential groundbreaking research at the Bloomington zoo.

The Omaha and Cincinnati zoos have been working on two different reproductive procedures that will be performed Tuesday, using Miller Park Zoo's female snow leopard, Hima.

"This research could change the theory in how animals are moved from zoo to zoo," said Jay Tetzloff, who wears dual leadership hats for the city's zoo and the parks system.

Since 2008, Tetzloff has been heading the Snow Leopard Species Survival Plan that breeds snow leopards at 69 North American zoos, including Bloomington's. "So it seemed like a good opportunity for Miller Park Zoo to be one of the facilities that is doing this procedure," he said.

Hima will be artificially inseminated with semen samples from Miller Park Zoo's male snow leopard, Rilu, and a frozen sample from another male.

"If cubs are produced, we'll do a DNA sample to determine which technique works," said Tetzloff.

"This is a very minor surgery for her, and if does not work she will still have the ability to naturally breed later this winter," he added.

The 8-year-old female has been paired with Rilu for the past five years and they have produced five female cubs — two in 2015 and three in 2016 — that have been sent to other zoos.

Rilu and Hima have been separated so that Hima did not become pregnant prior to Tuesday's procedure.

"Right now, what we do is ship one of the those animals to the other, which usually requires some sort of transport," said Herrick. "Moving animals between zoos can be quite the ordeal. If you imagine moving a 100-pound, dangerous carnivore, that can have some logistical issues."

Even when the male and female are at the same zoo, they are not always compatible. Artificial insemination is one possible means of overcoming these challenges, Herrick said.

"The animals don't have to get along and they don't even have to be at the same zoo," said Herrick. "We could potentially be shipping frozen sperm from zoo to zoo and using it for artificial inseminations."

Fewer than 7,000 snow leopards are left in the wild in Central Asia, including the Indian Himalayas, Tetzloff said.

The snow leopards are among three species survival plans that Miller Park Zoo manages for the Association of Zoos and Aquariums (AZA), through which the city's zoo is accredited.

Bloomington zoo hoping to have a couple of dads soon

BLOOMINGTON — "Love in the air" at the Miller Park Zoo means new births, and others that are due soon, but, sadly, one dad won't be there to h… 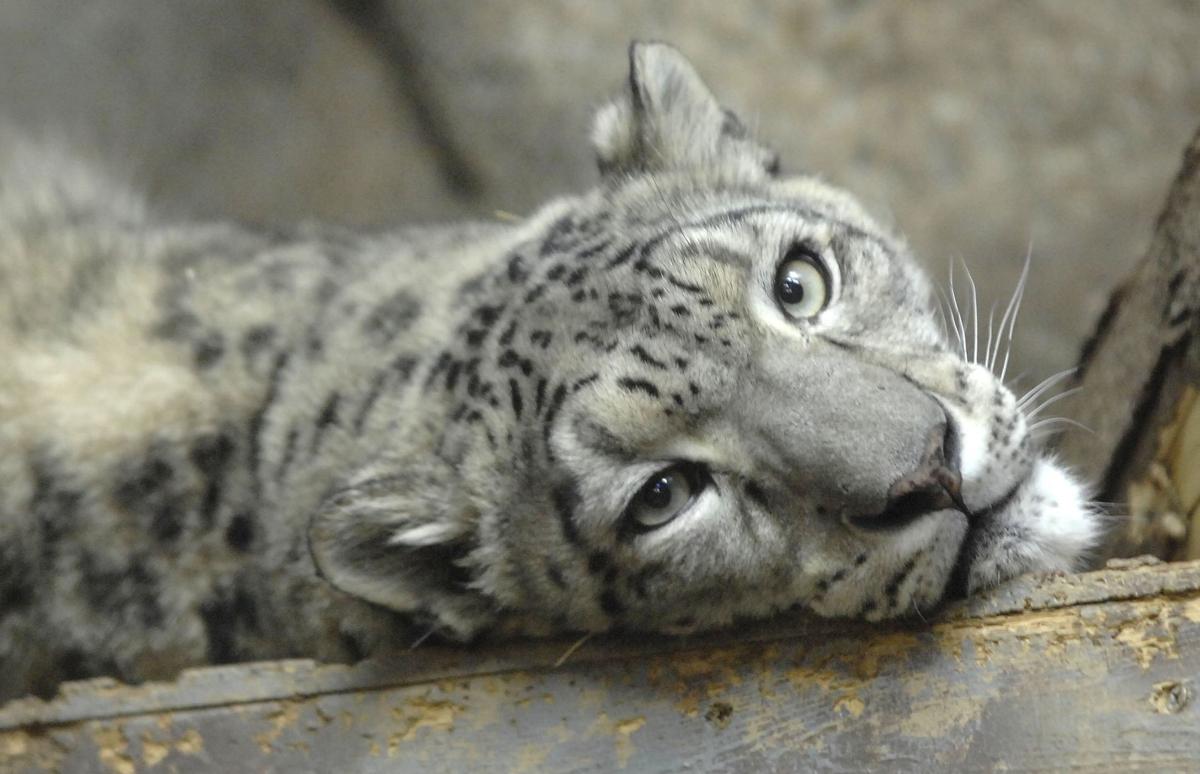 Hima, the female snow leopard at the Miller Park Zoo, is pictured last week. Zookeepers are hoping artificial insemination of the snow leopard on Tuesday will produce some little ones later next year. 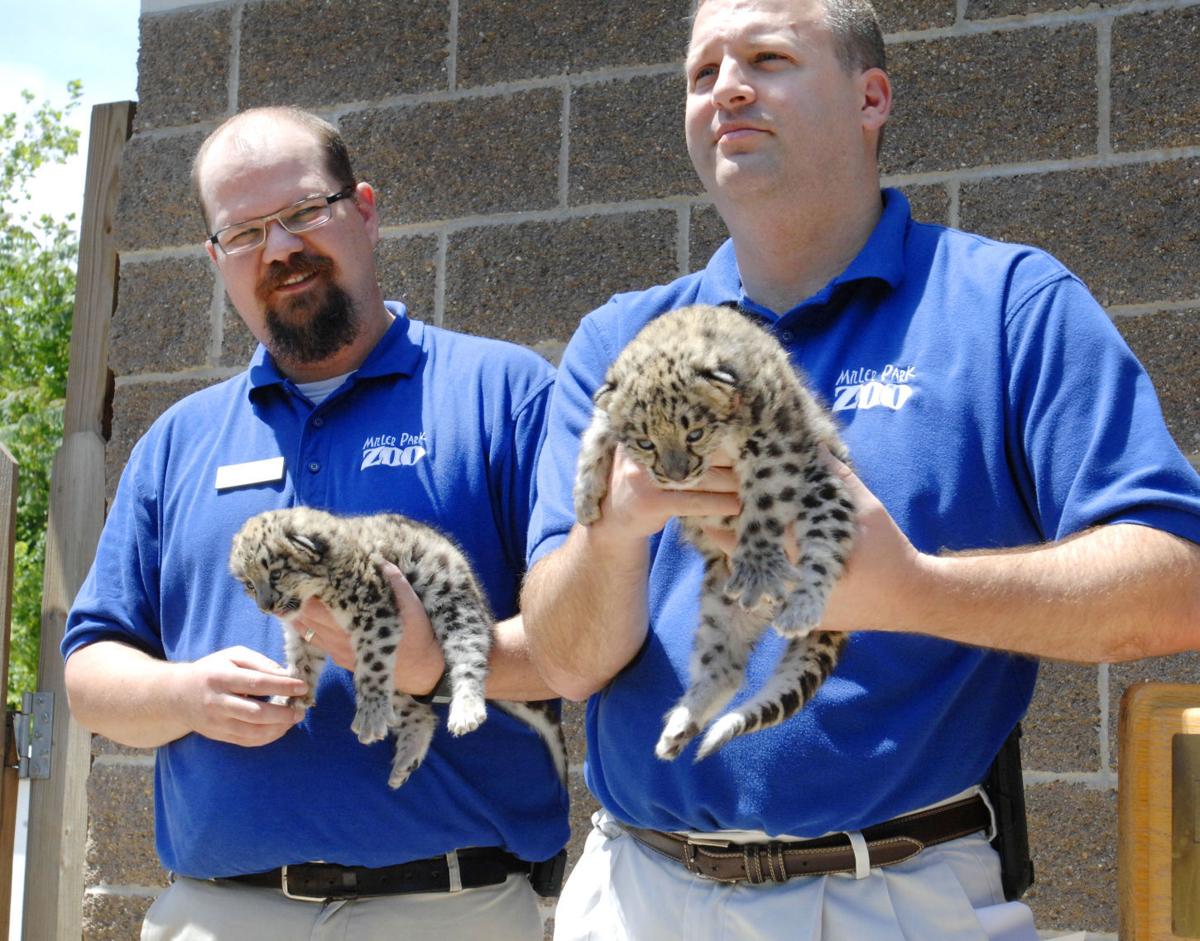 Miller Park Zoo Curator Jonathan Redding, left, and Director Jay Tetzloff hold two baby snow leopards as they introduce them to the public in 2015 at the Miller Park Zoo. The babies, born May 6, 2015, were the offspring of the zoo's two adult snow leopards, Rilu and Hima. 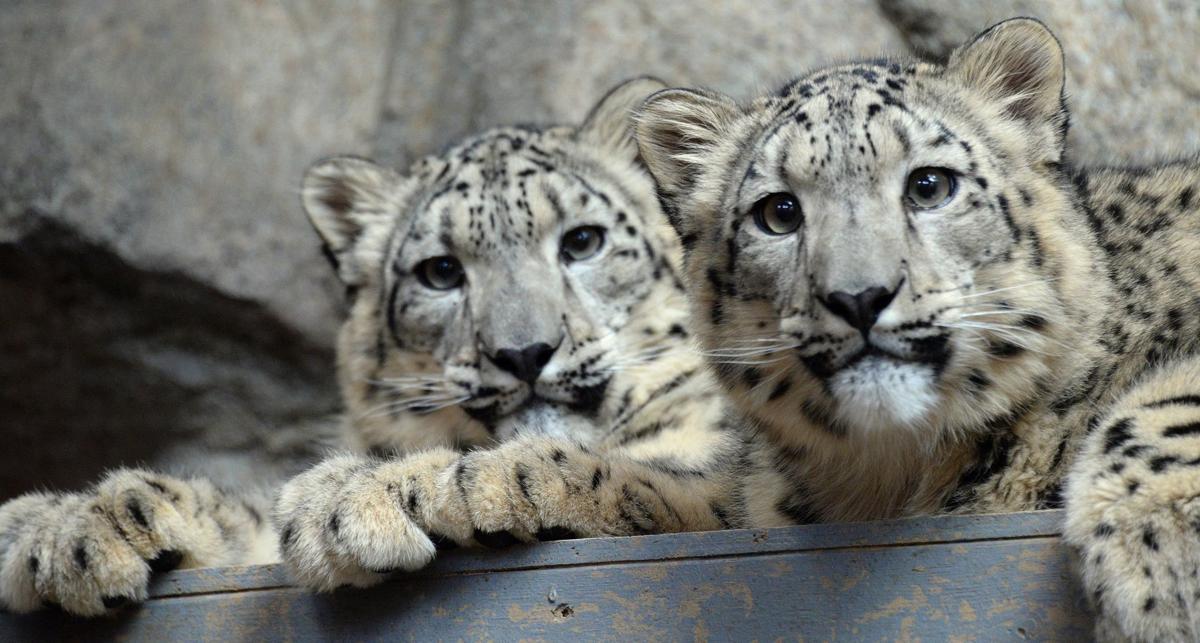 Neecee, left, and Sabrina are two snow leopard cubs born at the Miller Park Zoo on May 6, 2015. Their mother, Hima, did not care for the cubs so zoo staff stayed with them 24/7 feeding them every two hours for several months.