BLOOMINGTON — If you feel lousy, you have company.

During the first 12 days of February, Advocate BroMenn Medical Center in Normal surpassed the number of positive flu cases diagnosed during all of January, Infection Preventionist Laurel Mode said.

Absenteeism has increased at some at McLean County Unit 5 and Bloomington District 87 schools.

“The main message we have for parents is, if your child is sick, please keep them home,” said Unit 5 spokeswoman Dayna Brown.

Students should be fever free for 24 hours without use of fever-reducing medicine before returning to school.

“If we reach 15 percent absenteeism because of illness, we’ll implement a communicable disease protocol,” Brown said. That protocol includes focused custodial work and an increased emphasis on hand washing, she explained.

Three elementary schools neared the 15 percent threshold the past couple of weeks, said Brown, but “we’re actually on a downward trend.” She declined to identify the school but said custodial workers did a “deep cleaning” at one school last weekend.

“It’s mostly strep throat and influenza A and B,” said Perez. “The BHS nurse said it’s starting to impact staff attendance, too.”

Perez said, “Across the district, many students are out with flu-like symptoms, but they haven’t been diagnosed.”

At OSF HealthCare Saint James-John W. Albrecht Medical Center in Pontiac, including the clinic and PromptCare there, 322 people have tested positive for flu, 10 have been admitted to the hospital and seven were transferred to hospitals that offer a higher level of care, said Infection Preventionist Tina Barton.

"We are currently seeing a spike in strep throat in our community," Barton said. "We also saw an increased number of respiratory syncytial virus (RSV) this winter in both adults and children."

At St. Joseph, 171 people have tested positive for flu and 25 were admitted to the hospital, said Infection Preventionist Amy Benoit.

At St. Mary's in Decatur, 374 people have tested positive for flu, compared with 252 for the same period last year, Deerwester said.

At Decatur Memorial Hospital, including its Express Cares and physician offices, there have been more than 700 positive flu tests, an increase of 80 percent over last year, said Vice President and Chief Nursing Officer Sharon Norris.

"While flu and flu-like illnesses are on the rise, especially in the past two weeks, it is difficult to predict if we are seeing a peak in flu volumes yet," Mode said.

Health care providers urged people to reduce their risk of flu by getting a flu shot, washing your hands often, coughing and sneezing into your sleeve and staying home when you're sick.

The Illinois Department of Public Health now has the ability to test for the 2019 novel coronavirus in-state, meaning shorter wait times for test results for people showing symptoms of the virus and meeting certain criteria.

For florists like Gaye Beck, preparation for the biggest day of the year started in December.

The McLean County Board approved a cannabis retail sales tax on Tuesday evening and designated that 35 percent of tax revenue go to community-based mental health programs.

Human services and health professionals in Central Illinois were encouraged Wednesday by Gov. J.B. Pritzker's budget message but warned that more work needs to be done after years of under-funding some programs.

While implantation of "the world's smallest pacemaker" is new to Bloomington-Normal, it has been offered at some other Central Illinois hospitals for a couple of years.

When Sherm Wilkerson of Normal found out he was the first person to have "the world's smallest pacemaker" implanted in Bloomington-Normal, all that mattered to him was that he could walk without getting tired and that he recovered quickly from the procedure. But use of the Micra Transcatheter Pacing System represents a medical advance for McLean County. 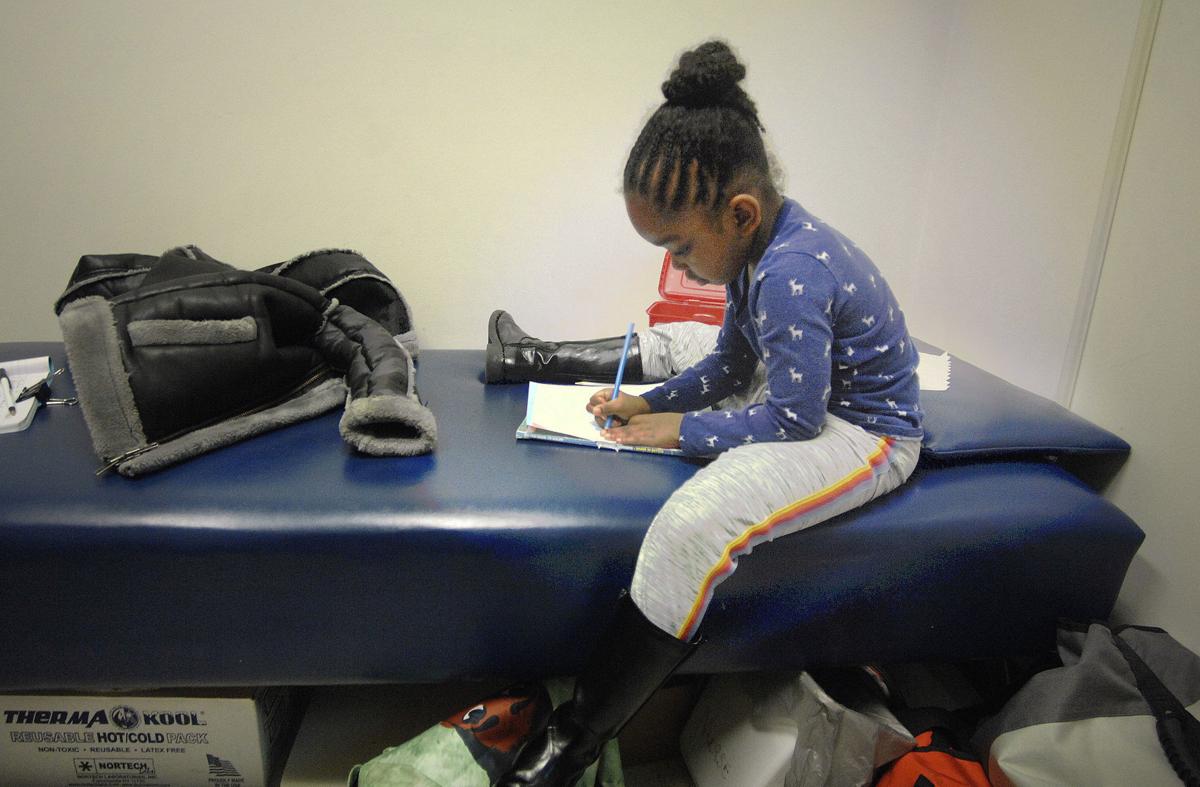 Xiann Anderson, 7, a first-grader at Bent Elementary School in Bloomington, does her homework Wednesday, Feb. 12, 2020, on the exam table in school nurse Sue Rutherford's office. Thousands of Central Illinoisans are sick with influenza, flu-like illness and strep throat, leading to increased activity for school nurses and other health care providers. 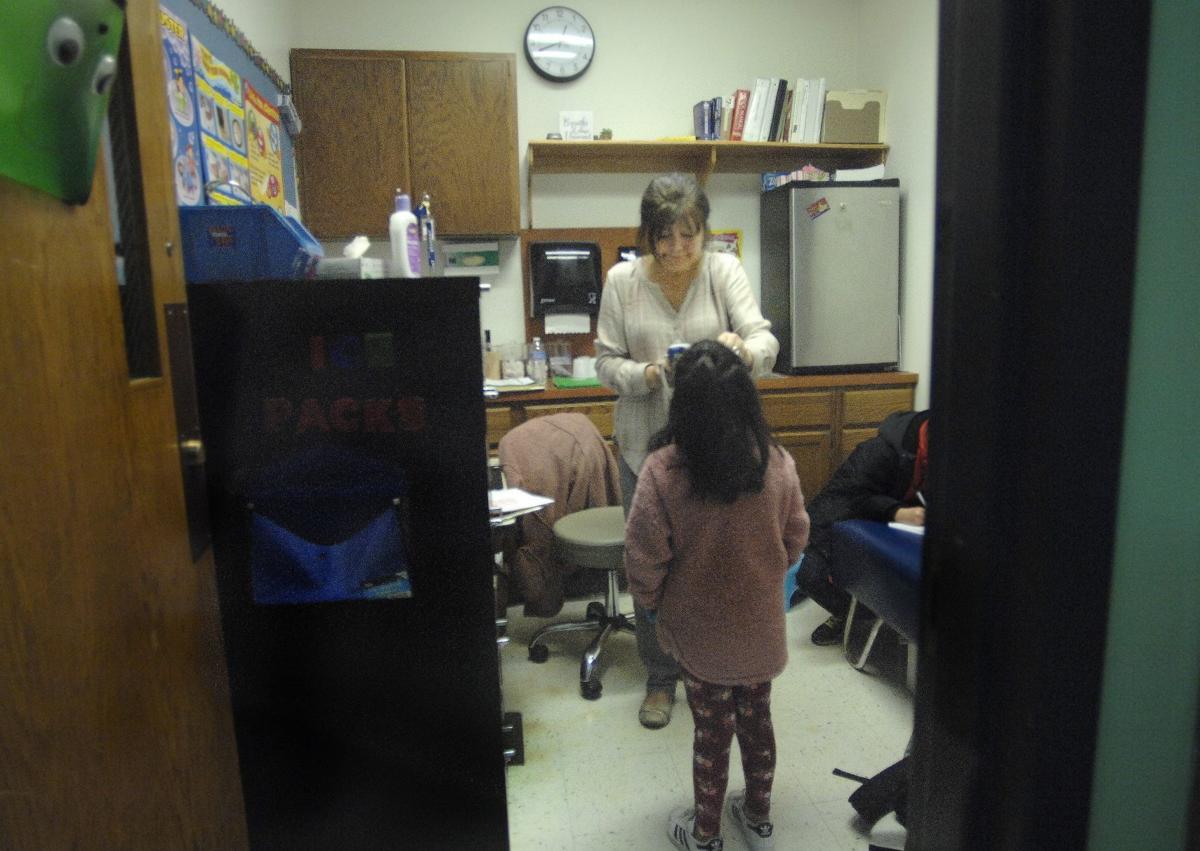 Bent Elementary School nurse Sue Rutherford takes the temperature of first grader Emiliana Estrada-Alvarez, 6, after she came to the office to see the nurse on Wednesday, Feb. 12, 2020. 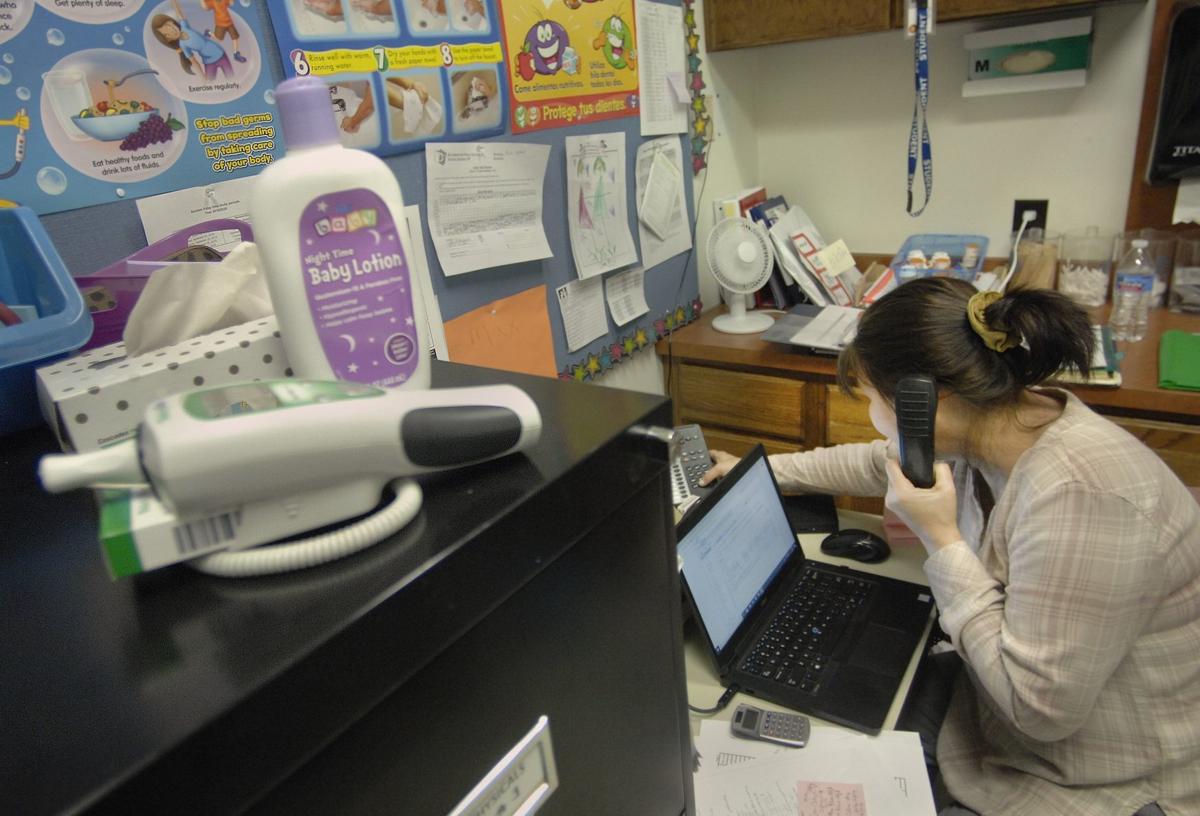 Bent Elementary School nurse Sue Rutherford calls a parent to pick up their child after the child came to the office with possible flu symptoms on Wednesday, Feb. 12, 2020. School nurses are on the front line as more students experience symptoms of flu and strep throat. 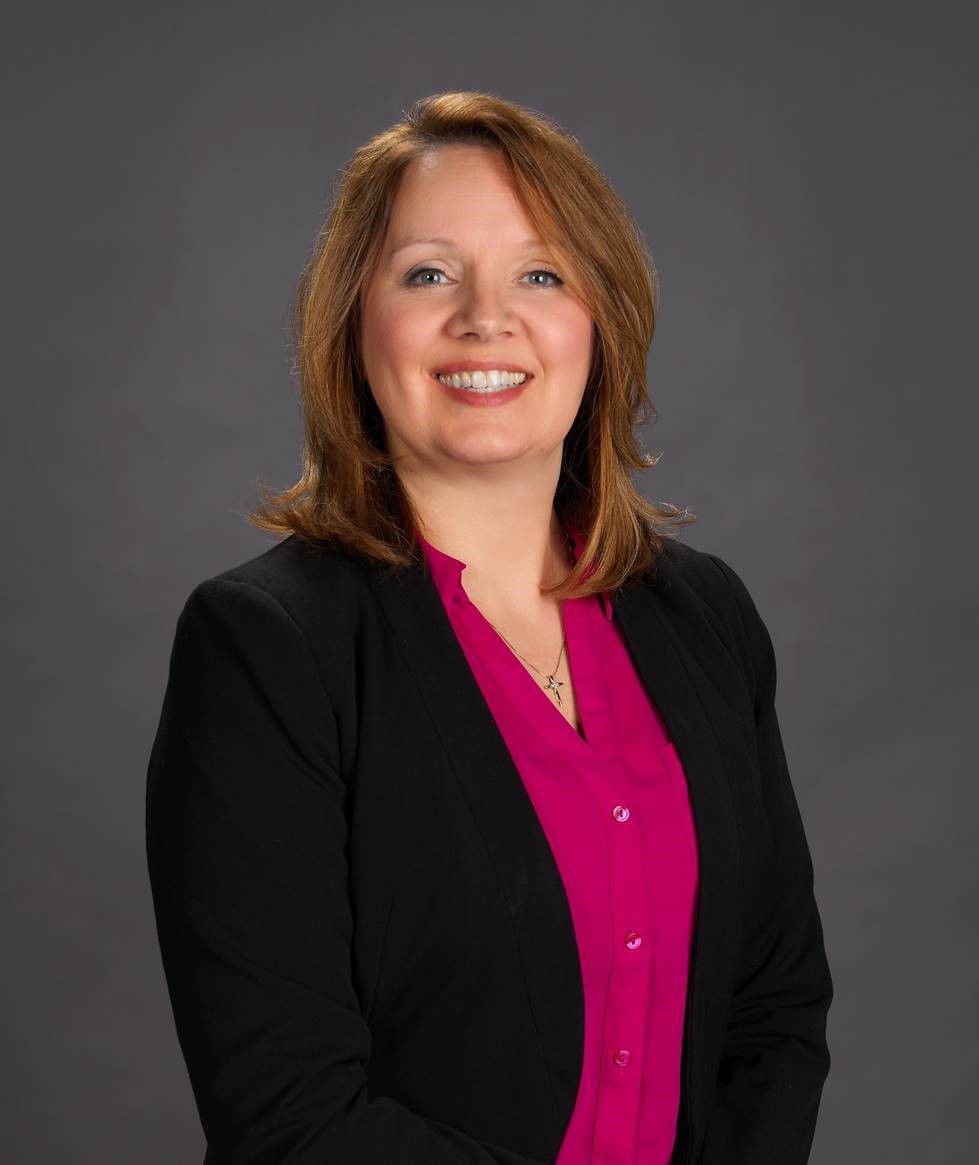 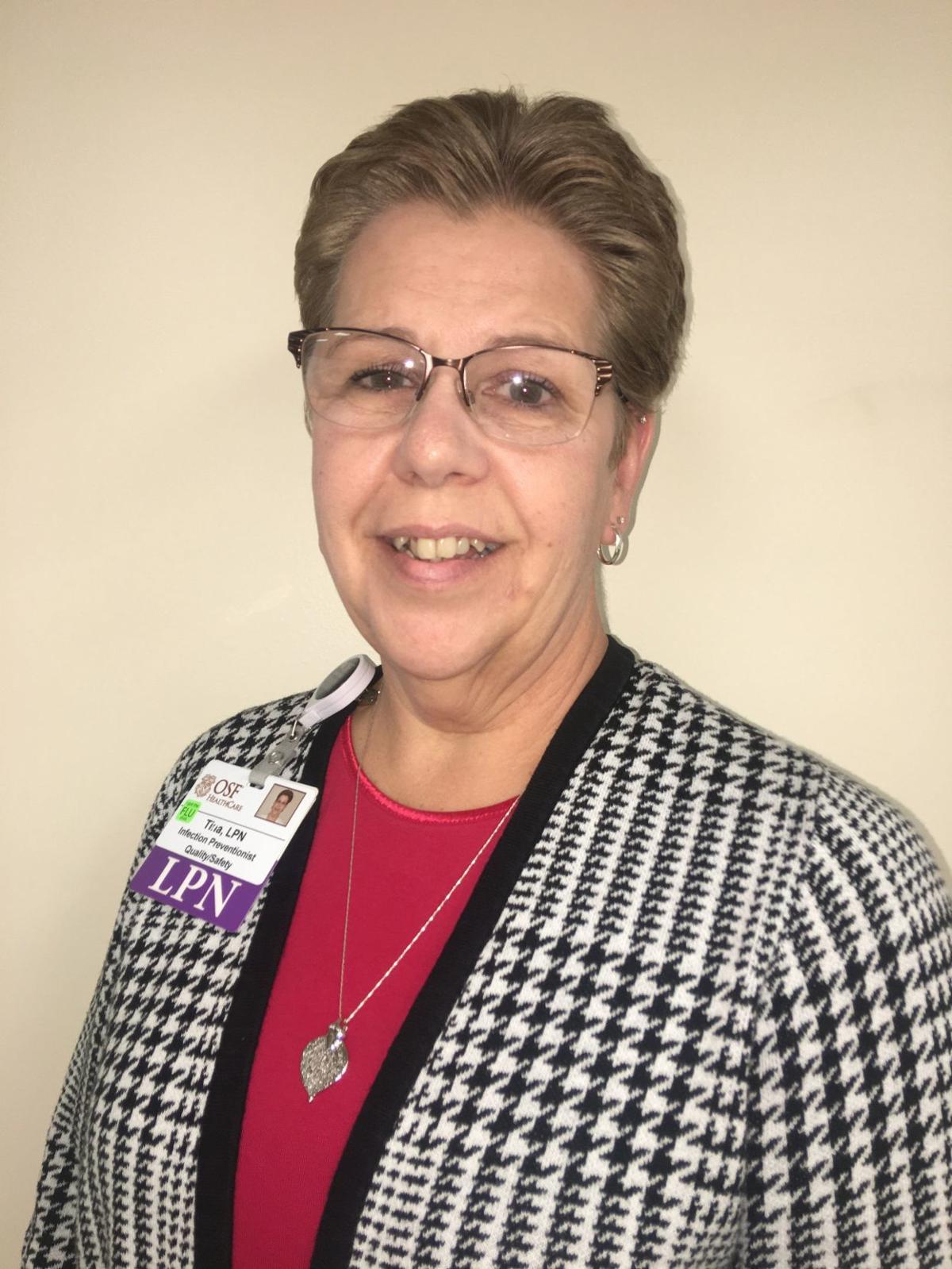 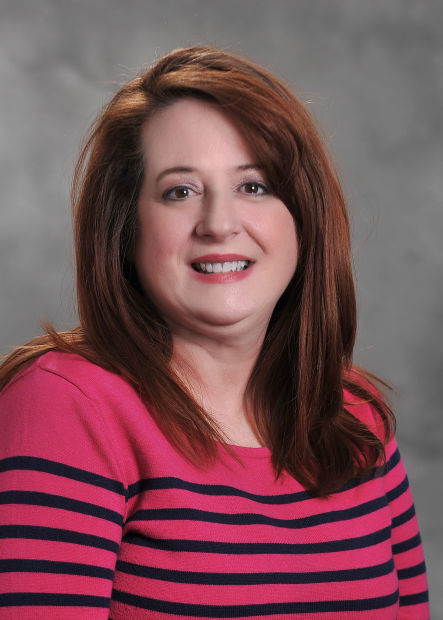