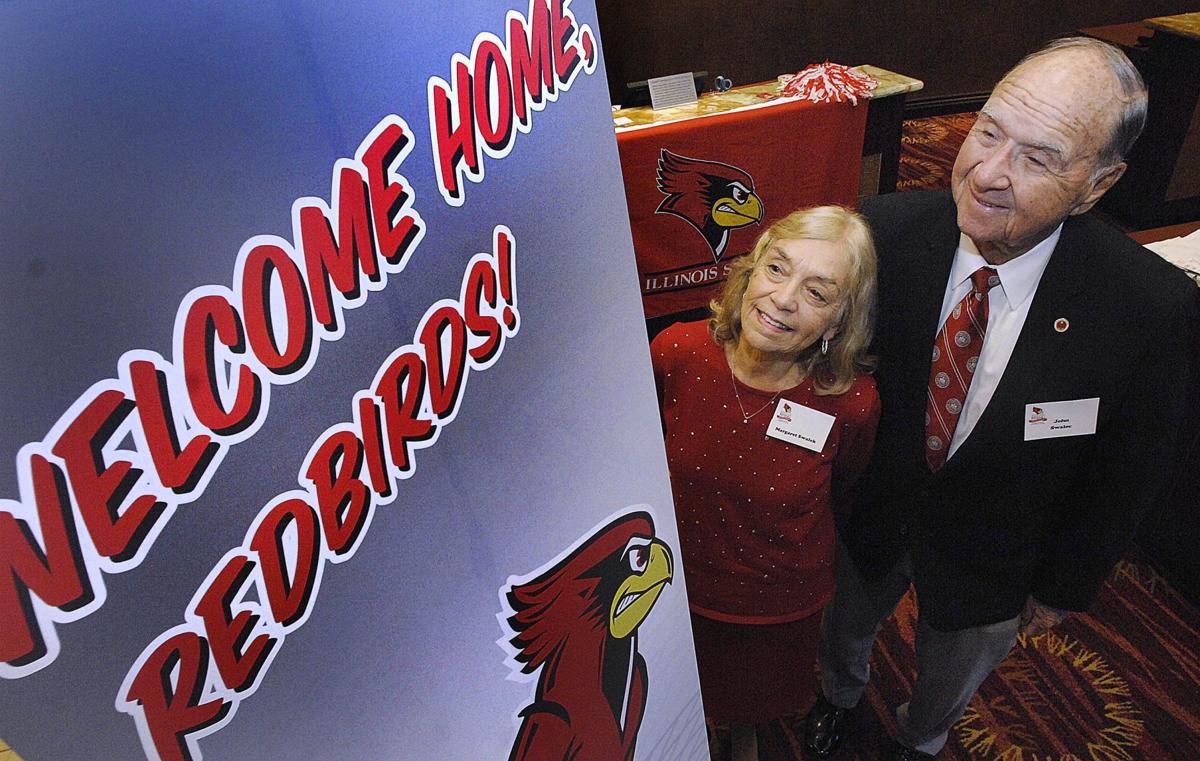 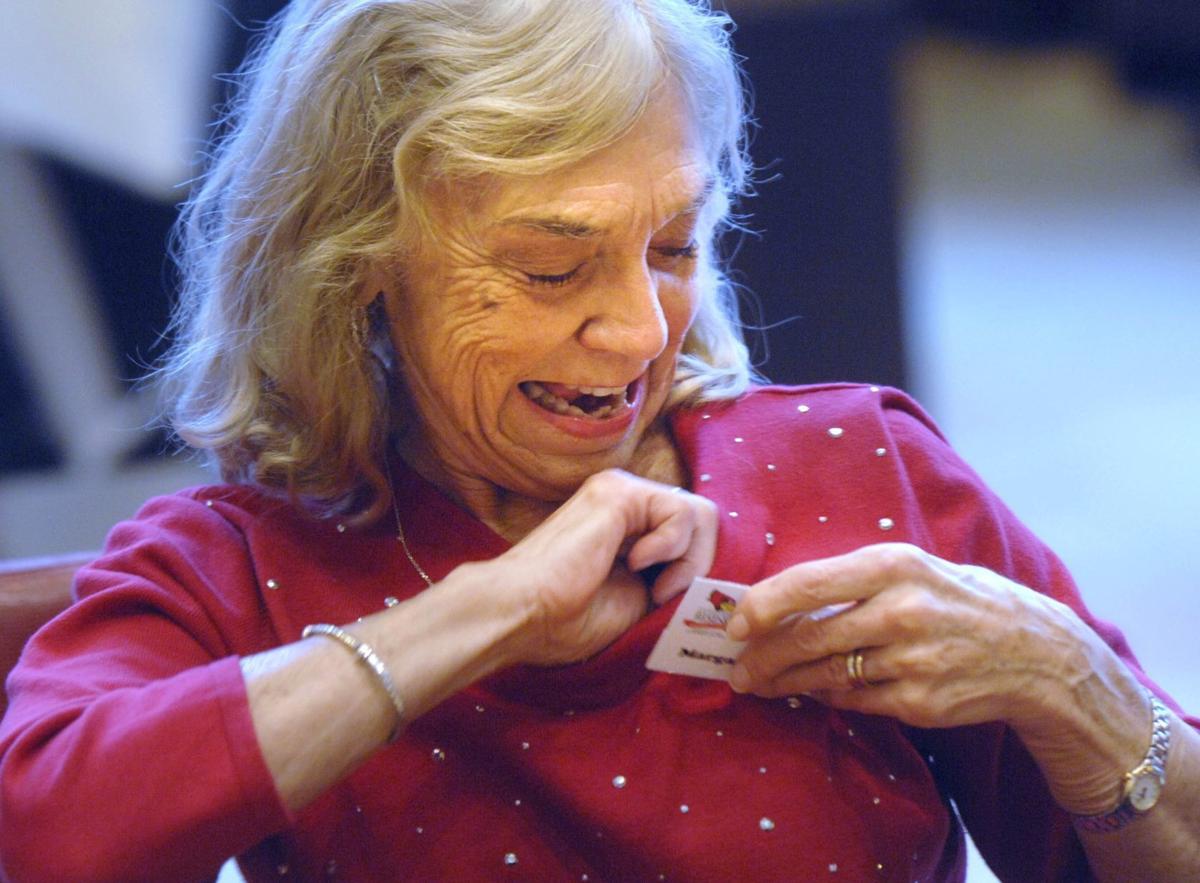 NORMAL — When John Swalec Jr. was a student in the 1950s at what was then Illinois State Normal University, he didn't get to fully enjoy homecoming.

As a member of the Lettermen's Club, the Hall of Fame wrestler who also competed in track was too busy selling concessions at the games.

But this year Swalec and his wife, Margaret, who met at ISNU and went on to careers in education, will be getting the royal treatment during homecoming as this year's alumni king and queen.

“They said they're going to crown us today,” Swalec said before Friday's alumni luncheon. “Maybe (President) Larry Dietz is going to hit us on the head or something.”

Actually, real crowns were placed on their heads, “and they wouldn't let us take them off,” Swalec said later in the day.

They will be riding in the homecoming parade and watching the football game Saturday, he said, noting that today's football team is much better than when they were in school.

“We didn't enjoy the football games then because we always lost,” said Swalec. “I enjoyed the dances after the game.”

As much as they joked about being named king and queen, both said they were thrilled with the honor.

“The university has just been such a part of our life,” Swalec said.

Juliana Nelson, assistant director of alumni engagement, said a committee of eight to 10 people selects each year's alumni king and queen after reading through nominations of people who know what the nominees did while at ISU and after graduation.

This was a true homecoming for the Swalecs, who now live in Cuba in Fulton County. They not only met at ISNU, they were house parents while John Swalec was working on his master's degree, and their first child, Martha, was born here.

Neither Martha nor their other three daughters attended Illinois State University ("Normal" was dropped from the name in 1967), but their granddaughter, Sara Alfieri, is currently studying art at ISU.

They met when the Lettermen's Club stopped by to watch Gamma Phi Circus practice. Margaret Swalec was a “whirlo” — a trick roller skater who skated around a wooden platform with a circle.

“We never saw the audience,” she said. “We were going too fast.”

Both credited ISU with preparing them for successful careers.

“They didn't let you be complacent with the things you knew; they challenged you,” said John Swalec.

Noting she had grown up in a small, rural town, Margaret Swalec said Illinois State “gave me the confidence to compete in the suburban high schools."

She started the special education program in Calumet City and later at other high schools.

John Swalec, who came from a south suburb of Chicago, made his mark in wrestling, later moving into junior college administration and serving as president of Waubonsee Community College from 1981 until his retirement in 2001.

He was part of three championship wrestling teams at ISU and was the first wrestling coach for the campus's University High School. He went on to coach other high school and junior college wrestling teams, including the Joliet Junior College, whose wrestlers became national champions in 1964.

A lot has changed since they first attended school in Normal.

“From a personal standpoint, we enjoyed it when it was small. There was an intimacy to it,” said John Swalec.

But he is also glad to see the university grow in stature and receive more recognition for the work it does.

And, despite that growth, Margaret Swalec noted, “It still maintains a friendly atmosphere and openness.”

The woman was arrested on a warrant Friday for the offenses that authorities say occurred Sept. 3 in Bloomington.

Meth delivery charges are pending against a Roanoke woman.

A 19th person has died of COVID-19 in McLean County and 111 more people have recovered from the novel virus, the county health department reported Thursday.

Flick: Losing everything at age 76 ... except your gratitude

How fast can life change?

A Eureka man is accused of bringing methamphetamine from Woodford County to Bloomington.

He was held without bond Wednesday, pending a risk assessment evaluation.

So far this week, 225 people were diagnosed with the novel virus in McLean County, bringing the total to 3,104 cases since March.