BLOOMINGTON – A new wind farm will be coming to McLean County, as county board members Thursday approved a Chicago company’s application to build 64 wind turbines in the county’s southeast corner.

The $350 million project proposed by Sapphire Sky Wind Energy and Invenergy LLCs will bring the 590-foot tall turbines to Bellflower and West townships. The 250 megawatt wind farm is estimated to power about 80,000 homes annually.

The McLean County Board accepted the application on an 18-0 vote after the Zoning Board of Appeals approved the wind farm last month. Members George Wendt, R-District 3, and Catherine Metsker, R-District 1, abstained from voting.

Construction could begin as soon as this fall for the county's fifth wind farm.

“It’s just a matter of getting the road use agreements from the townships,” Jim Soeldner, R-District 2, whose districts covers the area of the wind farm, told The Pantagraph. “West Township, Bellflower Township both have to have a road use agreement signed, presented to the county highway engineer and zoning office, and after that they can start construction.” 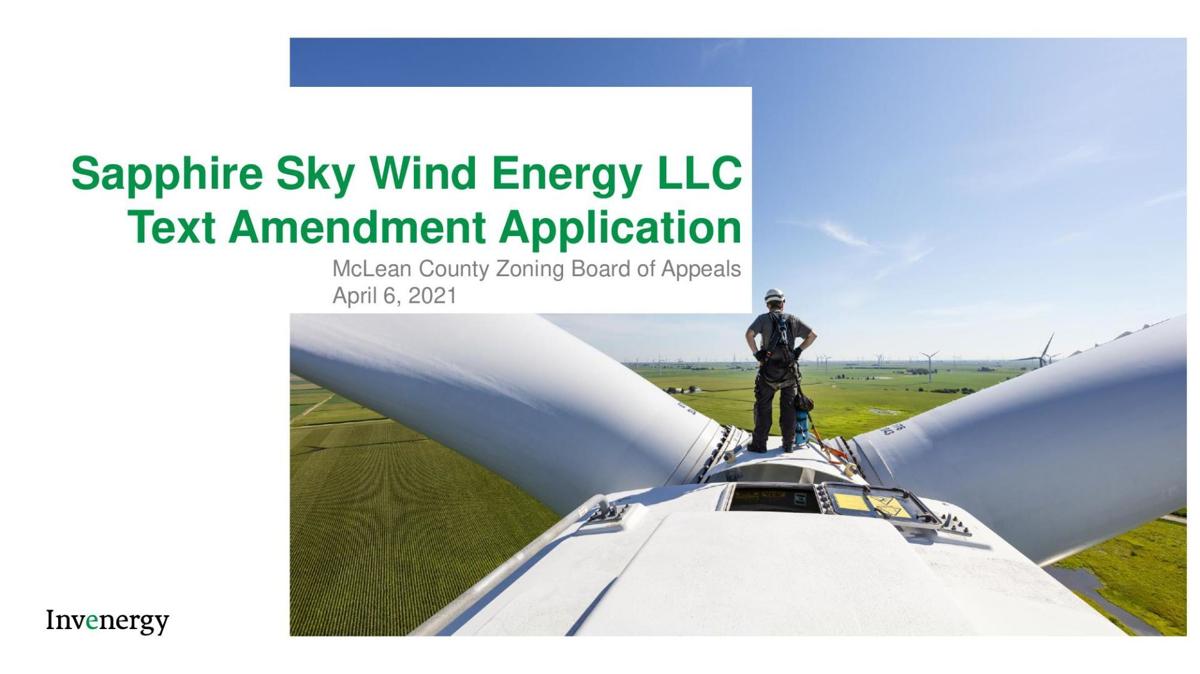 The 30-year wind farm is estimated to bring McLean County over $1.8 million annually.

The construction phase, however, is what Jim Jolly spoke out against during the public comment session Thursday. Jolly lives within the wind farms near Chenoa and Lexington as a farmer and a worker for the postal office.

“I’ve worked and lived on gravel roads for the past three years,” Jolly said, noting that some roads are yet to be repaired from construction

“The country roads are still patchwork and still not up to date as far as being repaired,” Jolly said. “So, I’m concerned as to the time limitations that you’re putting on the repairs that are to be done to the county roads. The county roads, in my experience, were just absolutely horrible when the project was going on.”

The road upgrade and maintenance agreement passed at Thursday’s meeting says the county and developers will conduct a post-construction inventory to determine the extent of repairs or improvements needed to return the roads to pre-construction condition.

The project in Chenoa and Lexington, also by Invenergy, resulted in some violations in its road use agreement such as having roads closed too long.

“I think that Invenergy knows that the public’s watching because of the issues it had in the Lexington, Chenoa area, so it’s a case where they’re going to have to do what they said they’re going to do or there’s going to be complaints or problems,” Soeldner said.

The more than 14,000-acre wind farm also will provide about $71.5 million in property taxes to McLean County, West and Bellflower townships and other government agencies including the LeRoy and Blue Ridge school districts over the 30 years.

About $43.7 million of that total will go to the school districts over the 30 years.

Developers chose McLean County and the specific area of the county to build the farm because of “the area’s strong wind resource, land use and proximity to existing transmission infrastructure.”

McLean County leads the state in wind production, Loomis concluded in a study last year on the impact wind farms have on local economies.

A wind farm could be constructed in McLean County, as the county zoning board of appeals works over details of the plan Tuesday night.

Local bike retailers say patience and an open mind will take customers far as shop owners do their best to manage a second year of pandemic-related product shortages that none of them could have anticipated.

It remains unclear why the plaintiffs voluntarily dismissed the case, as well as what it means for planned construction beginning this spring.

McLean County provides 13% of the wind farm capacity in the state. LaSalle and Livingston counties each create 9% of the state’s wind farm energy.

A shortage of semiconductors, many of which are made in Asia, has caused widespread ripples in several sectors worldwide.

The next classes are set for July 20 and Aug. 26 in Bloomington-Normal.

OUR VIEW: Welcome back to live shows

Outdoor music is available, and there are more plans popping up daily. 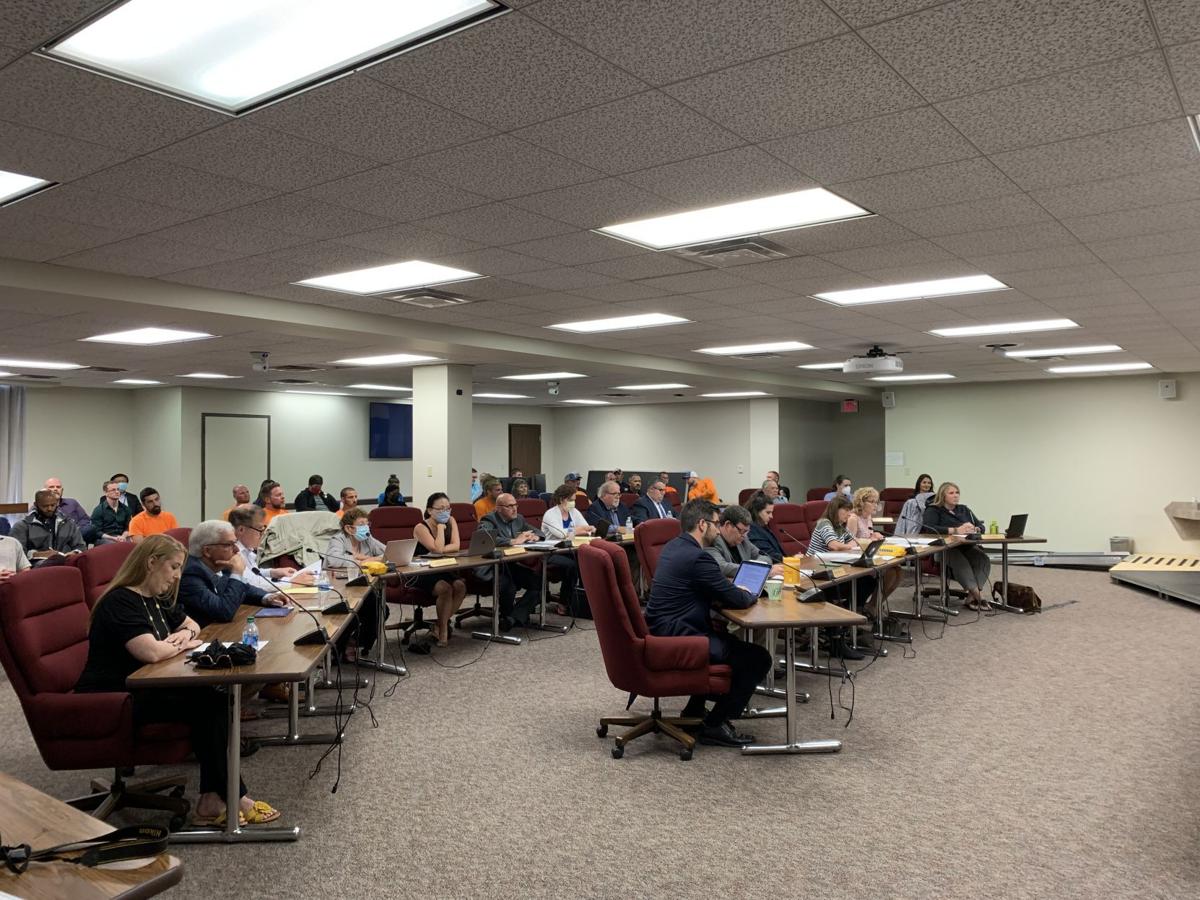 The McLean County Board meets Thursday. A $350 million wind energy project has been approved.

A map of a proposed wind farm project in southeast McLean County. Each yellow dot represents turbine locations in West and Bellflower Townships. 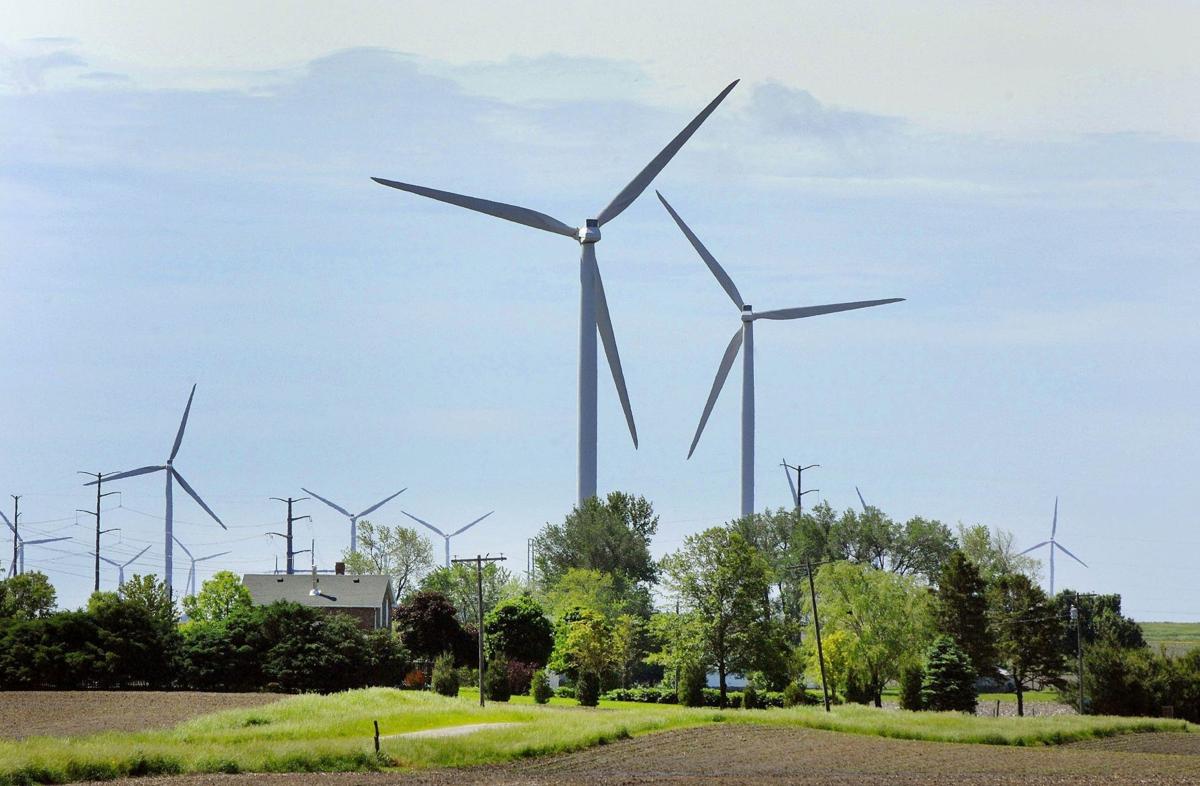 Wind turbines at Twin Groves Wind Farm near Ellsworth tower over a farm Wednesday, May 29, 2019.