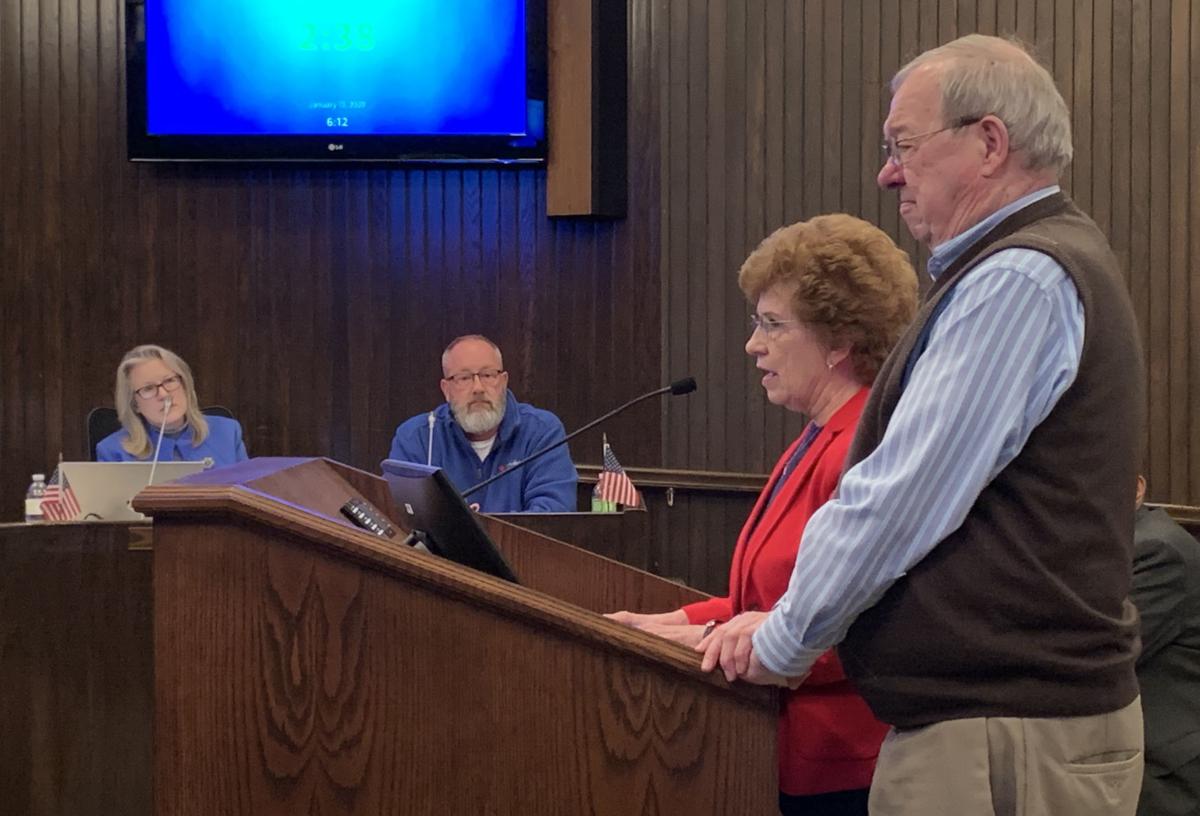 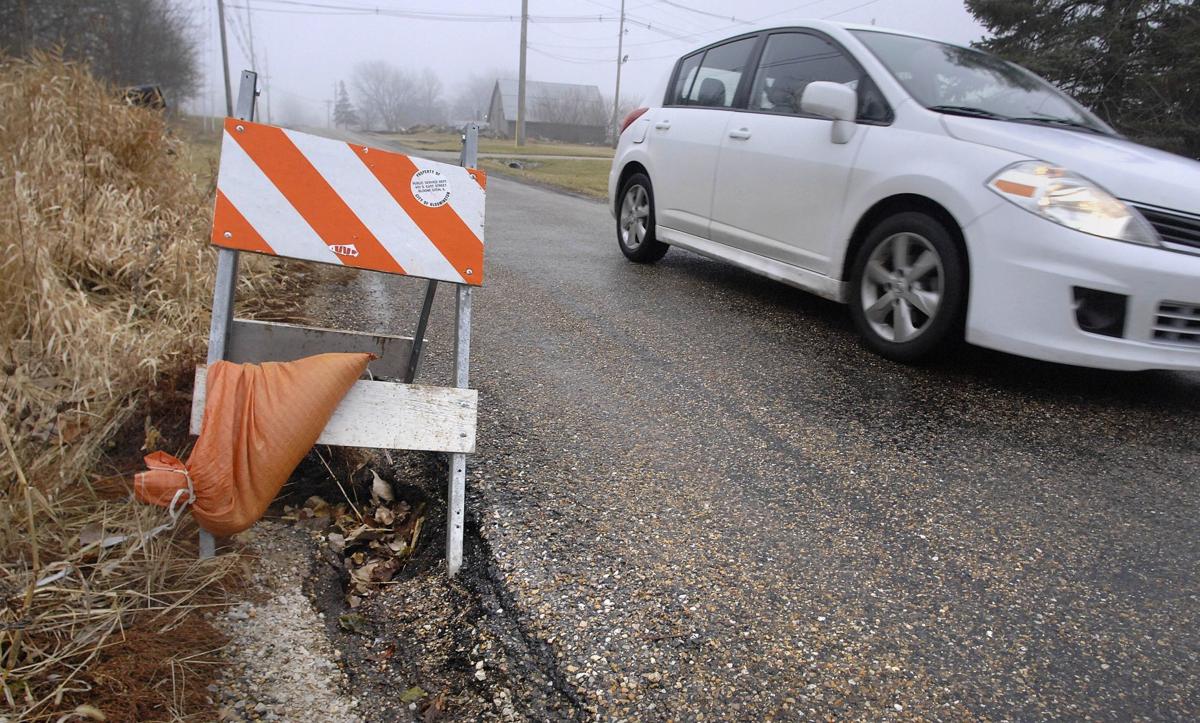 A traffic barrier warns motorists Friday, Jan. 10, 2020, of deteriorated pavement along Lutz Road in southwest Bloomington. The Bloomington City Council will take up improvements to the road at its Monday night meeting. 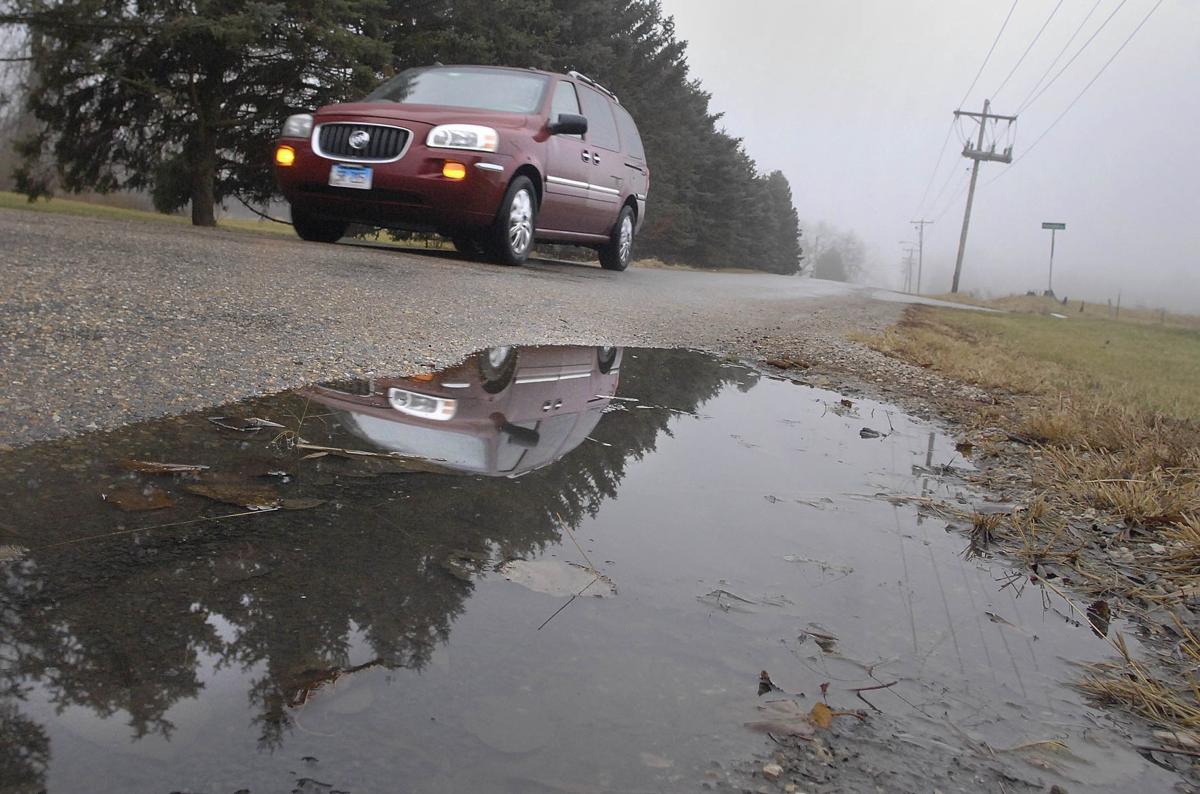 A van passes standing water along Lutz Road on Friday, Jan. 10, 2020. Drivers complain the the road is narrow and has little shoulder room for passing cars. 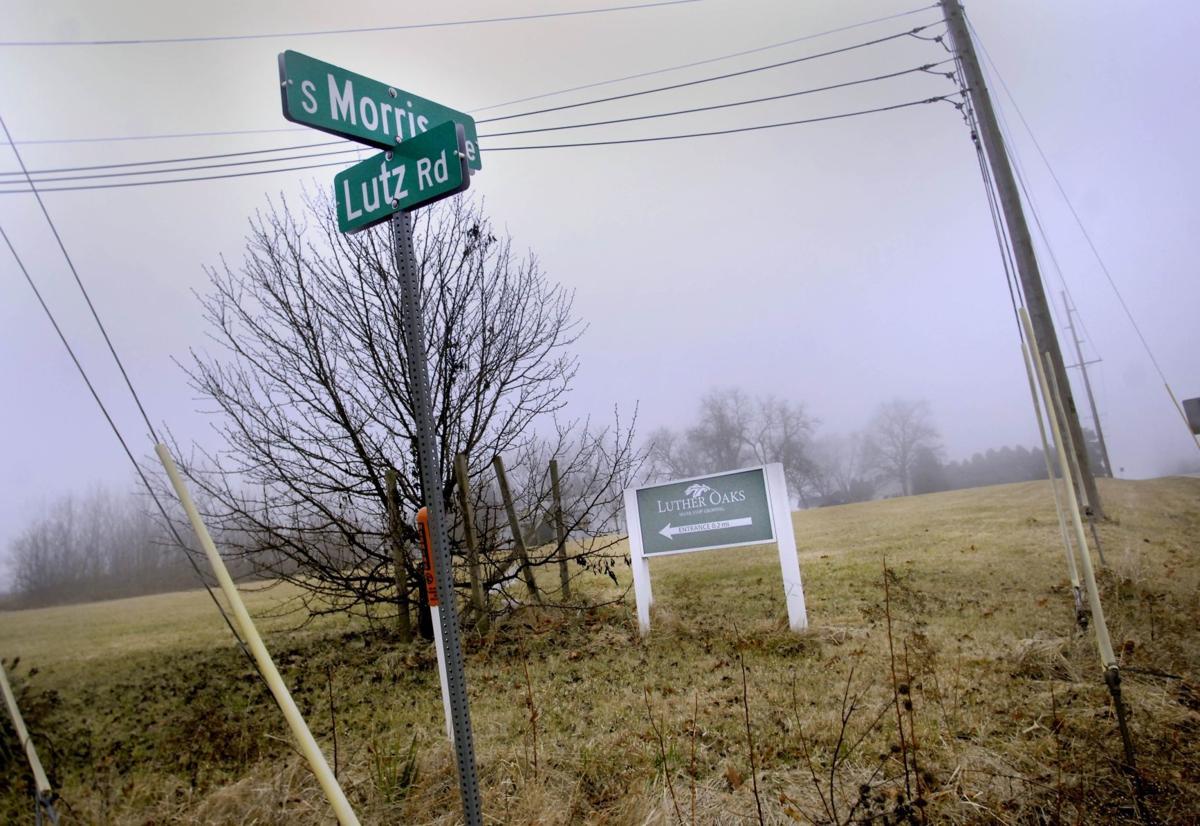 BLOOMINGTON — Laura Baue has been advocating since she moved into Luther Oaks on its opening day in 2007 for upgrades to make Lutz Road safer to travel.

Her wait ended Monday night when the Bloomington City Council voted 8-1 to approve an economic development agreement with Luther Oaks' owner Lutheran Life Communities that includes the city improving the portion of the road that serves the retirement community in southwest Bloomington.

"She has been a champion of this for 12 years and to see the smile on her face and to know that we've finally found an answer to get this taken care and addressed ... it's gratifying," said Luther Oaks Executive Director Doug Rutter after the meeting.

"We did it," said Baue after the meeting. "I really consider it a win-win because Luther Oaks is going to do some expansion that's needed and then also we're going to get the road we've needed ever since Luther Oaks was built."

The city will pay up to $980,000 to improve Lutz Road from the Luther Oaks entrance to Morris Avenue, a stretch of about one-third of a mile.

The road was built to rural standards. It runs west from Morris Avenue to Greenwood Avenue and is 15 feet wide (about half the width of a standard city street) and has narrow shoulders, no curbs, no sidewalks and poor drainage, according to a city consultant's engineering report issued in 2014.

Lutheran Life agreed to provide a minimum investment of $1.5 million to expand its campus within the next five years as part of the deal. It it does not, Lutheran Life will have to repay the road improvement cost.

Luther Oaks' planned campus expansion will include, but will not be limited to, new resident common areas, including additional wellness and fitness amenities and a fine arts center/chapel that could accommodate community, entertainment and cultural events for both Luther Oaks residents and the public.

Ward 6 Alderwoman Jenn Carrillo said she voted against the agreement because "it would be extremely difficult for me to go back to my constituents who live in some of the oldest areas of town where there have not been significant improvements to infrastructure and say, 'We've just spent a million dollars redoing this road that serves a very narrow population.'

"Certainly, it isn't that I'm not sympathetic to the concerns of the folks who were here tonight and have been advocating for improvements to the road," Carrillo added. "I don't disagree that the road is sub par and something needs to be done about it. I'm just not quite sure this is the fix that I was looking to see."

Ward 2 Alderwoman Donna Boelen, whose ward includes the facility, said she appreciated the advocacy of  Baue and others. She noted Luther Oaks is home to more than 200 people and that Lutz Road also serves the Wittenberg Woods at Prairie Vista subdivision. Trinity Lutheran School is nearby.

"The road is failing and unsuitable. Promises were made years ago," said Ward 4 Alderwoman Julie Emig in explaining why she supported the measure.

"I maintain that we can prioritize the need to improve facilities for our growing elderly population as a gateway for potential economic expansion and development and that at the same time we need to be mindful of the entire city and the needs of all," she added.

In September 2000, the city and Trinity Lutheran Church entered into an annexation plan with provisions for sewer and water hookups and road construction adjacent to the property now under lease to Luther Oaks.

Carrillo asked why the city did not ask the owners of Luther Oaks to split the road improvement cost.

"We didn't want any appearance of someone being able to pay and then move a project forward," said Deputy City Manager Billy Tyus.

"We don't want to give the impression that just because we had money that we could buy our way to the front of the line," added Rutter after the meeting.

"The second piece is we want to invest in the development of the community," he said. "We're positioned to be able to grow and continue to serve more residents and hire more employees, but we needed to get the condition of the road addressed before we were comfortable putting more investment into the campus."

'Stop kicking this can' down unsafe Lutz Road

BLOOMINGTON — As active community members, Laura and Charles Baue travel daily on Lutz Road from their home at the Luther Oaks retirement comm…

BLOOMINGTON — The next time Herm and Evelyn Harding have to move, they look forward to going down the hall instead of across town.

The city of Bloomington wants to hear from residents and business owners about a proposed master plan for streets.

When you share stories, you learn about yourself and other people and, ultimately, culture benefits, Luther Oaks residents learned during a storytelling seminar on Thursday.

Tech company coming to Bloomington's east side; 40-50 to be hired

A technology company that expects to grow to 100 employees is coming to Bloomington's east side.

Local liquor establishments, whose video gambling machines were shut down by state order during the COVID-19 pandemic, may not have to pay the city's license renewal fee until after the order is lifted.

A traffic barrier warns motorists Friday, Jan. 10, 2020, of deteriorated pavement along Lutz Road in southwest Bloomington. The Bloomington City Council will take up improvements to the road at its Monday night meeting.

A van passes standing water along Lutz Road on Friday, Jan. 10, 2020. Drivers complain the the road is narrow and has little shoulder room for passing cars. 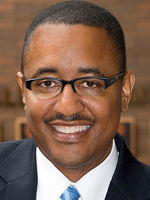