BLOOMINGTON — Like the jury that found former Minneapolis police Officer Derek Chauvin guilty on all counts in the death of George Floyd, local advocates, elected leaders and law enforcement found consensus Tuesday, agreeing that the verdict was a clear validation of the criminal justice system.

The verdict, they said in interviews with The Pantagraph, also represents a powerful, but far-from-finished, shift in the visceral reckoning over racism and policing in the United States.

“Know that just because there’s a guilty verdict today doesn’t mean that there won’t be more murder of Black and brown people at the hands of police tomorrow,” Butts said. “It’s a step toward justice, it’s a step toward accountability."

Now fired, Chauvin, who is white, used his knee to pin Floyd, a 46-year-old Black man, to the pavement for 9 1/2 minutes on May 25, 2020. Prosecutors argued that Chauvin's kneeling led to Floyd's death. The defense contended that a heart condition and illegal drug use were to blame.

The jury reached its verdict Tuesday afternoon, after about 10 hours of deliberations over two days. It found Chauvin guilty of second-degree unintentional murder, third-degree murder and second-degree manslaughter.

The most serious charge carries up to 40 years in prison. A sentencing hearing will take place at a later date.

Linda Foster, president of Bloomington-Normal branch of the NAACP, said this verdict was long overdue and “the wheels of justice roll slowly,” but this day was also historic.

Foster acknowledged this outcome doesn’t bring Floyd back and said “our hearts are heavy for the loss of life.”

“His family’s loved one will never come back home. He will never be able to have the opportunity to be the best person that he could have been, but we do know that today there was a loud voice that says this is what justice looks like,” she said.

Camille Taylor, co-chair of Not In Our Schools as part of Not In Our Town BN, noted the defense’s efforts to paint Floyd in a negative light during the trial.

“All of those things may or may not have been true, but none of them mattered when that knee was on his neck for nine minutes and 29 seconds," Taylor said. "None of those things mattered. … What we saw mattered; what happened mattered; and justice needed to be served.”

Bloomington Mayor Tari Renner said he hopes the verdict "provides some degree of confidence" to "many who have felt in our country, either people of color or not, that the system was not only stacked against them, but you could murder and get off," that "this is not always the case."

Chemberly Cummings, elected in 2017 as the first Black member of the Normal Town Council, through tears said the verdict "really says that we can get justice, our lives really do matter and that there are people who are ready to put human back into humanity."

Normal Mayor Chris Koos said "it would seem given the trial and the verdict that justice has been served in this situation."

Normal Police Chief Rick Bleichner said he was pleased with the outcome of the trial, explaining that it was “clear to me that his (Chauvin’s) actions were excessive.”

He also called for residents to express their own reactions in a peaceful way.

The sheriff's department and other area law enforcement agencies before Tuesday had said they were not aware of any planned protests, but that they were prepared and were monitoring plans for possible demonstrations once the verdict was released.

Local demonstrations before the verdict were limited to a 35-person vigil on Sunday evening hosted outside the McLean County Museum of History to mark recent police-involved deaths. As of Tuesday evening, no major activity was unfolding.

Nonetheless, messages broadcast at the weekend vigil were rung again Tuesday, with many Twin Cities voices calling for police reform amid the wake of the verdict.

Miltonette Craig, an Illinois State University criminal justice professor who also sits on the steering committee for NIOT, said the verdict may be a small step toward reform, but "until we fix the institution itself, if it can be fixed, then we may continue to see victimizations like that of George Floyd."

She said she "hopes this puts police top brass on notice that the training for the officers needs to be more intense and to value all people so that the callous taking of someone’s life doesn’t happen as often as we’ve seen it over these past few years.”

Sandage said "there’s always going to be work that needs to be done," and that sheriff's department "reviews all of our policies on a yearly basis and we see what we think needs to be changed and it’s something all departments should do.”

Even still, NAACP First Vice President Carla Campbell-Jackson said "we are still contending with the harsh reality of police brutality and racism and discrimination."

The verdict, she added, "will not minimize the fact that we know thousands of African Americans are being discriminated against; many of our young men and women are dying at the hands of police officers."

It also "has sent a loud and resounding message to America: It is time for a change. We are ready and we are sick and tired of being sick and tired," Campbell-Jackson said.

The Associated Press contributed to this story.

Mike Matejka, co-chairman of Not in Our Town Bloomington-Normal

Coverage of Derek Chauvin, the former Minneapolis police officer convicted of murder in the death of George Floyd.

As participants in the vigil remembered victims of police shootings, they also warned it could happen anywhere — including Bloomington.

This story will be updated. Derek Chauvin has been convicted of murder and manslaughter in the death of George Floyd.

The strike authorization vote that received a resounding "yes" vote from the Illinois State University Graduate Workers Union is only one step toward a strike.

McLean County deputy to be honored in Springfield

“This annual ceremony honors those who made the ultimate sacrifice while serving their communities,” said Illinois Fraternal Order of Police State Lodge President Chris Southwood. 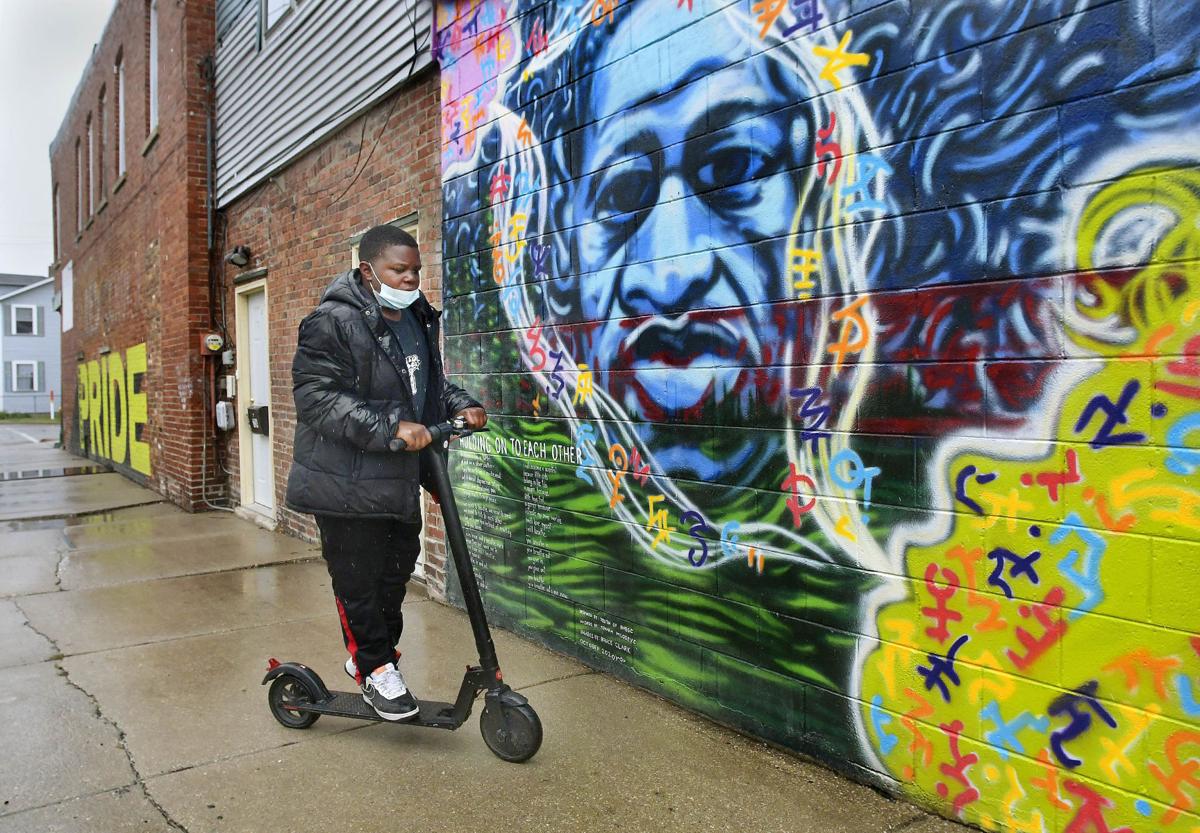 The mural of George Floyd at Washington and Allin streets in Bloomington is shown on Tuesday, the day a jury found former Minneapolis police officer Derek Chauvin guilty in his death last year. Local NAACP First Vice President Carla Campbell-Jackson said "we are still contending with the harsh reality of police brutality and racism and discrimination." 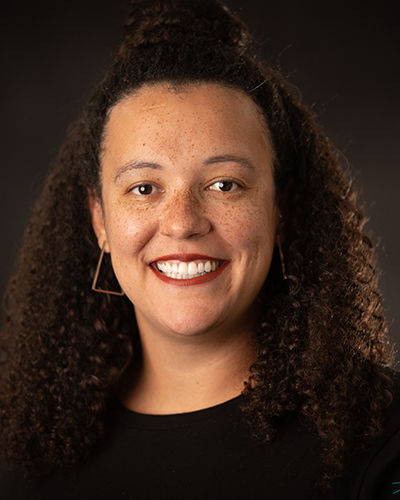 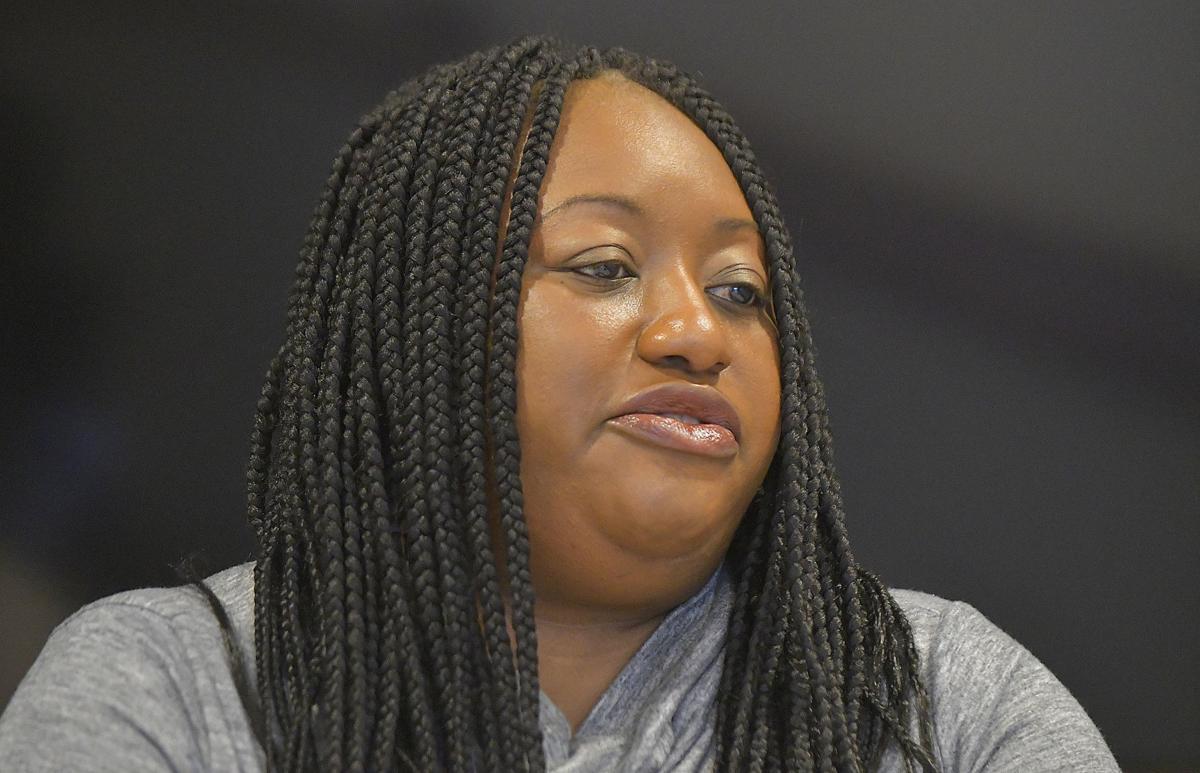 Quote: "How we recover is very important in that we leave no citizen behind in that process. I feel like a voice like mine that is very unique certainly can be used well as we make recovery." — Chemberly Cummings.