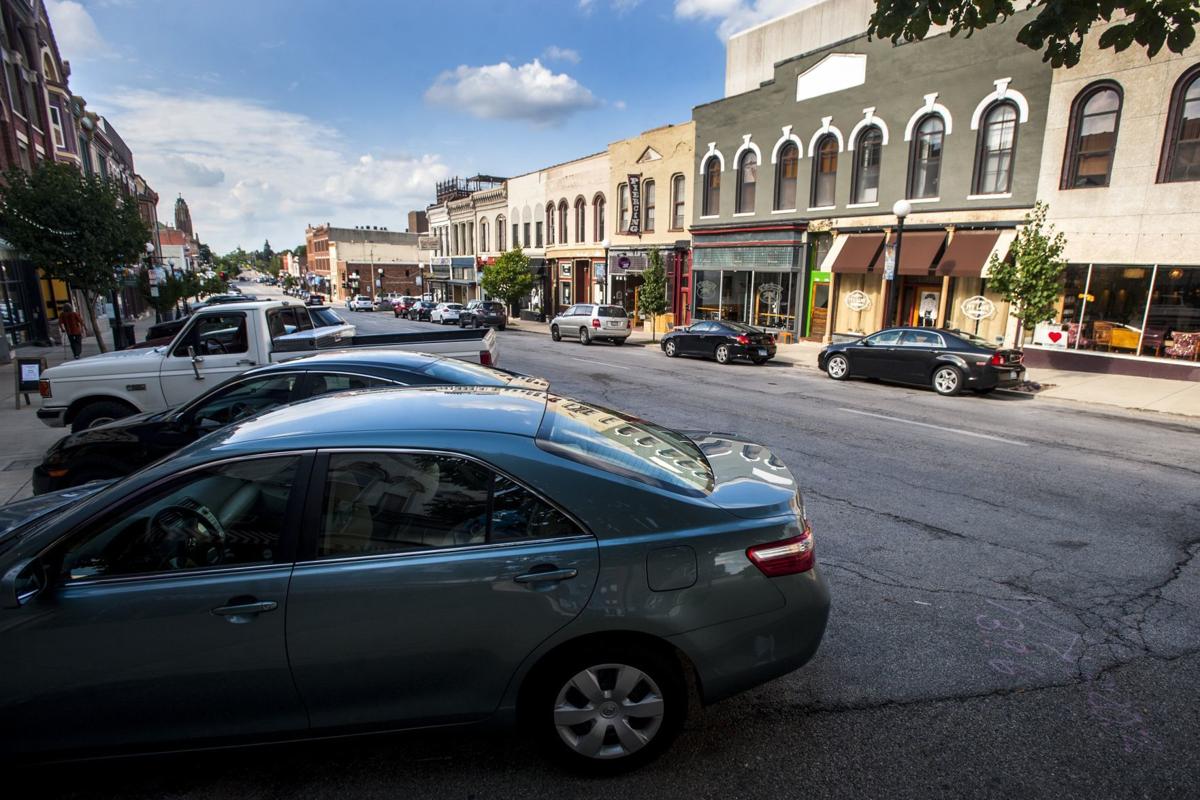 This shows the 400 block of North Main Street in downtown Bloomington that the Downtown Task Force is looking at as a pilot project to turn the block into a pedestrian mall. 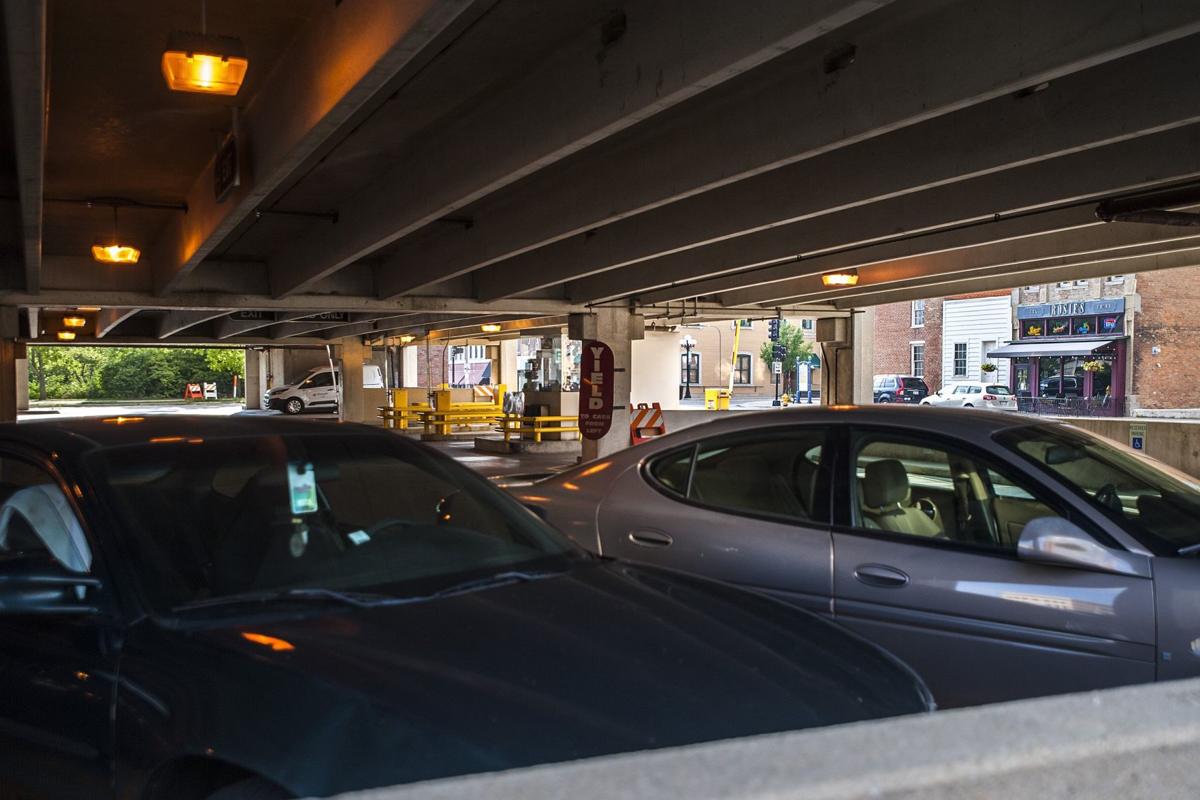 Some people use the Abraham Lincoln Parking Garage in downtown Bloomington to avoid the hassle of parking on the street. Ward 1 Alderman Jamie Mathy has suggested making garage parking free and on-street parking downtown metered. 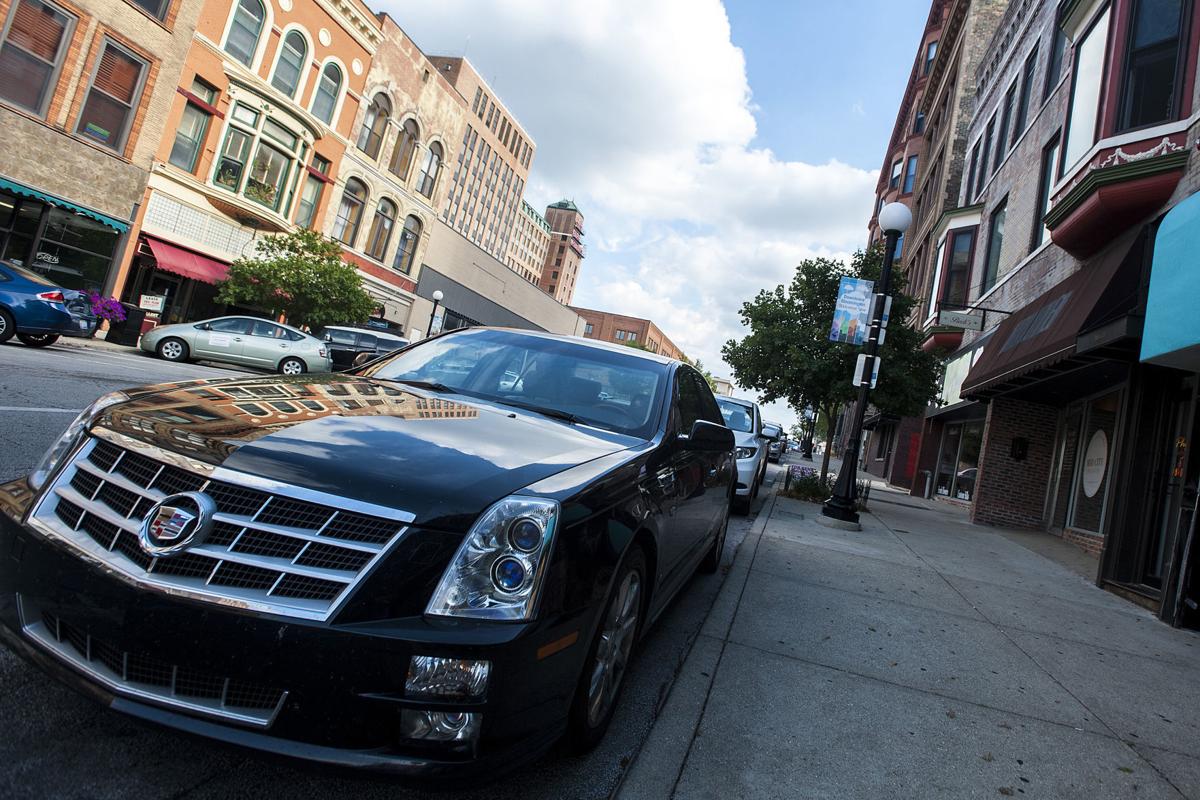 Parking is currently free downtown, such as along the 400 block of North Main Street, but is limited to 90 minutes per space, unless otherwise noted. 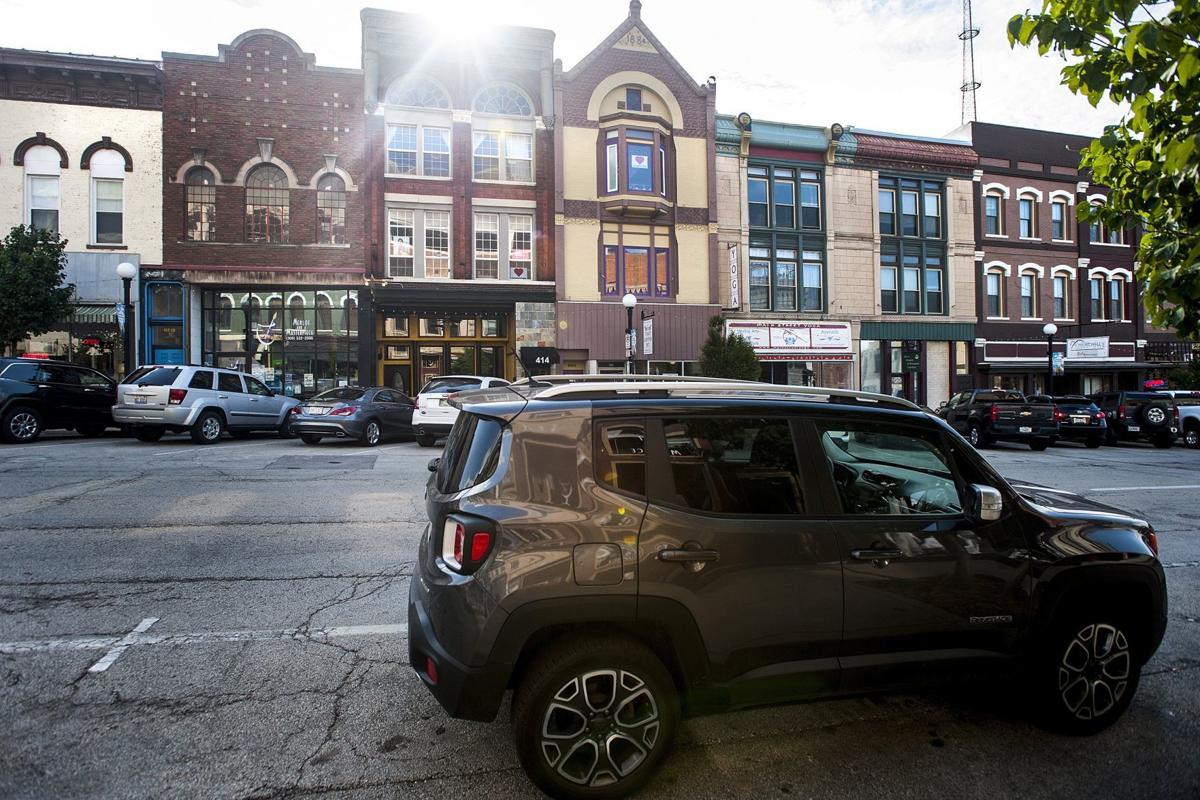 This photo shows the 400 block of North Main Street in downtown Bloomington that is under discussion as a test project that would convert the block to a pedestrian mall.

BLOOMINGTON — Ward 1 Alderman Jamie Mathy thinks Bloomington has it "backwards" for not having parking meters downtown.

But few people who work, live or shop downtown, whom The Pantagraph spoke to last week, voiced support for bringing back downtown parking meters.

On Feb. 1, 1940, the first 200 parking meters went into operation downtown. The city paid $65 for each one. Forty-two years later, the city removed them all.

"We hated them," said Gaye Beck, who has been working downtown for more than 30 years and operates Beck's Floral and the Phoenix MidCity Lofts at 312 N. Main St. "They were a bad idea then and they're a bad idea now."

Beck is not alone in not wanting to see parking meters brought back.

Marlene Gregor and her husband, Harold, live downtown, where they run Gregor Gallery at 311 N. Main St. They were among an early group of residents to renovate old downtown buildings in the early 1980s.

"As far as parking meters, I am going to say 'no' to that because I think it's going to be an added expense that we're not going receive a benefit from," said Marlene Gregor.

"We had them in the past, and it just was a deterrent; enough that the city said, 'We're going to take them out,'" she added. "Now we have free parking, which is to encourage people to come downtown and not have to worry about the meters."

The biggest problem with parking meters was they enabled employees downtown to park all day in front of the businesses where they worked, said Beck.

"The employees were going out on their morning break and lunch break and afternoon break just to feed the meters so they wouldn't have to move their cars," she said.

Many on-street parking spaces continue to be occupied during the day by downtown employees and at night by the burgeoning number of people who live downtown, said Mathy, who with his wife, owns two businesses downtown.

As downtown continues to become popular, more residents are living in lofts above businesses, he said.

"A lot of those residents, after they get off work, will park in the downtown and (their vehicles) will stay there for the rest of the night," said Mathy.

Parking meters would encourage downtown residents to park temporarily in the metered spots to perhaps unload their groceries and then move their cars to parking garages that are free to avoid getting a ticket, said Mathy.

He voiced the idea at a meeting last week of Bloomington's nine-member Downtown Task Force Committee that includes Mathy.

The City Council has asked the panel to come up with recommendations for revitalizing downtown and present an initial report by Aug. 31 and a final report by Dec. 31.

"Normal and Bloomington are the only two cities that I have been to anywhere in Illinois of any size that don't have parking meters for spots," said Mathy.

"We've got it backwards right now," he added. "We have free parking spots on the streets and we have people paying for the (municipal parking) garages."

The city could use the revenue from the parking meters to pay for the municipal parking decks, he added.

Mathy proposed installing parking meters updated with smart technology that would allow motorists to pay using a credit card or their cell phones. He also suggested copying Lake Geneva, Wis., in offering merchants and businesses discounted coupons to hand out to their patrons to apply electronically toward their parking meter tabs.

He said the switch wouldn't work, however, unless parking enforcement is extended until 7 or 8 p.m.

Downtown Bloomington Association Executive Director Tricia Stiller, also a task force member, said feedback she is hearing about parking meters is split along the lines of, for "a lack of a better way to describe it, a generation gap."

"For younger people who have never known a world that was not driven by technology it makes sense to them," said Stiller. "Those of us who remember when the meters were there and didn't want them then, still have that mindset."

"At first blush, it doesn't sound like a good idea," said Mackenzie Frizzell, who has lived downtown for 17 years. "I get the reasoning behind it because you have people who work down here and park on the street, which takes away parking for (patrons of) the businesses. It just seems like it would be another deterrent for people to come down here. There are already so many obstacles in downtown Bloomington."

"You're going to impact merchants because if I want to go downtown and shop I've got to pay for parking to do it," added Beck.

In most of downtown, there is a 90-minute parking limit per space "so they do have to move their cars to the next block or two," said Marlene Gregor. "But it seems to be working out better than the parking meters."

Frizzell parks her car in a city parking deck so "the only inconvenience that I can think of is I would have to pay (a meter) to unload my groceries," she said. "But the idea of money to pay for the parking deck does sound wonderful."

Marlene Gregor said she also favors having free 24-hour parking in the parking decks, especially if it includes downtown residents because "they never planned about parking for all of the living spaces down here that we now have."

"I don't like the 90-minute rule, but I don't necessarily like tolls from parking meters," he said.

Marti Deighan, who operates The Yarn Garden, 318 N. Main St., said she pays $50 a month to park in a city parking garage so she doesn't have to worry about moving her car every 90 minutes.

She's had customers complain about not being able to find a parking spot close to her business, especially on Saturdays and at night.

"If it meant that people knew they could come down here and have a space and the (meter fee) wasn't exorbitant, I don't think it would be horrible to have metered parking," she said.

City says no money in budget yet to bring back meters. Page A3

Twin Cities not affected by ruling that chalking tires is unconstitutional

This shows the 400 block of North Main Street in downtown Bloomington that the Downtown Task Force is looking at as a pilot project to turn the block into a pedestrian mall.

Some people use the Abraham Lincoln Parking Garage in downtown Bloomington to avoid the hassle of parking on the street. Ward 1 Alderman Jamie Mathy has suggested making garage parking free and on-street parking downtown metered.

Parking is currently free downtown, such as along the 400 block of North Main Street, but is limited to 90 minutes per space, unless otherwise noted.

This photo shows the 400 block of North Main Street in downtown Bloomington that is under discussion as a test project that would convert the block to a pedestrian mall.