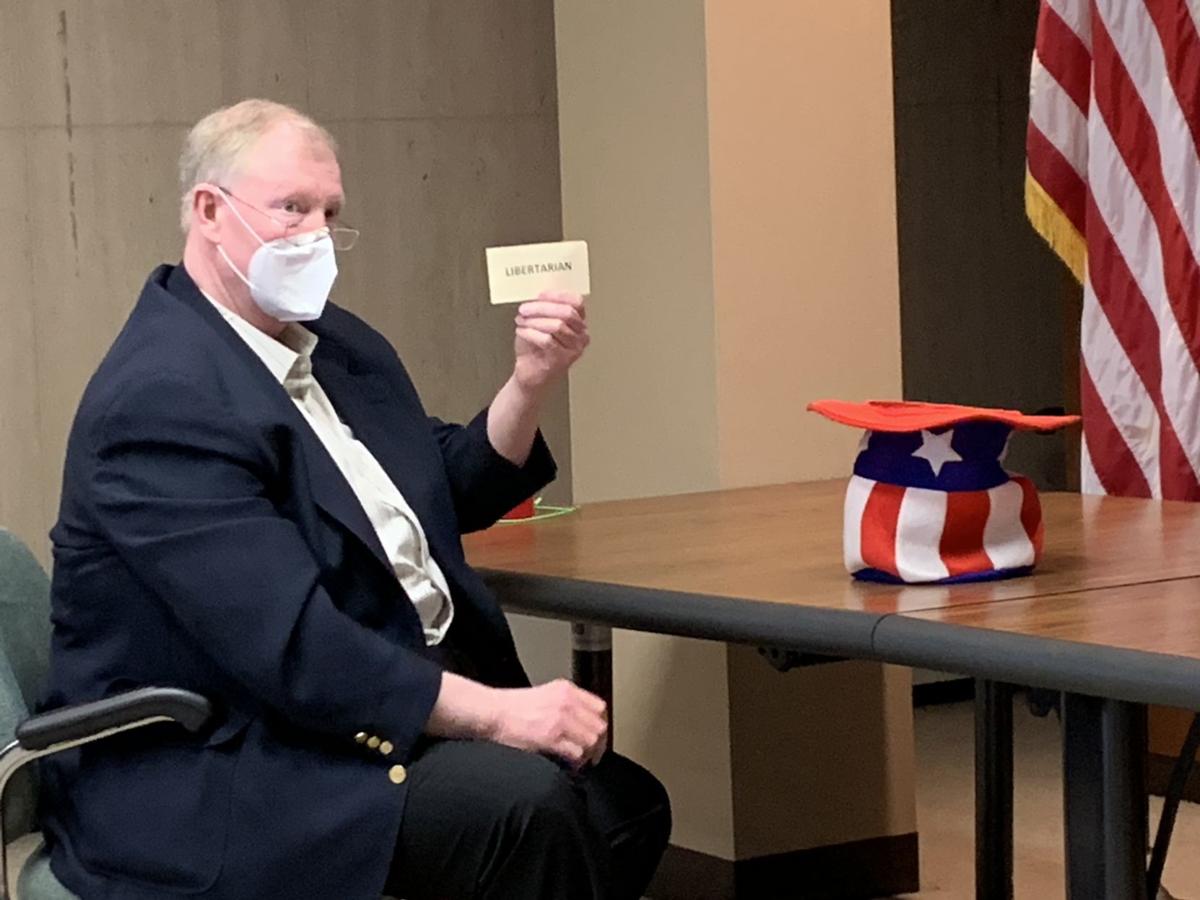 During a lottery Friday to determine the order of placement of political parties on the McLean County November general election ballot, longtime election judge Robert LaPorte draws the Libertarian name for the top slot. 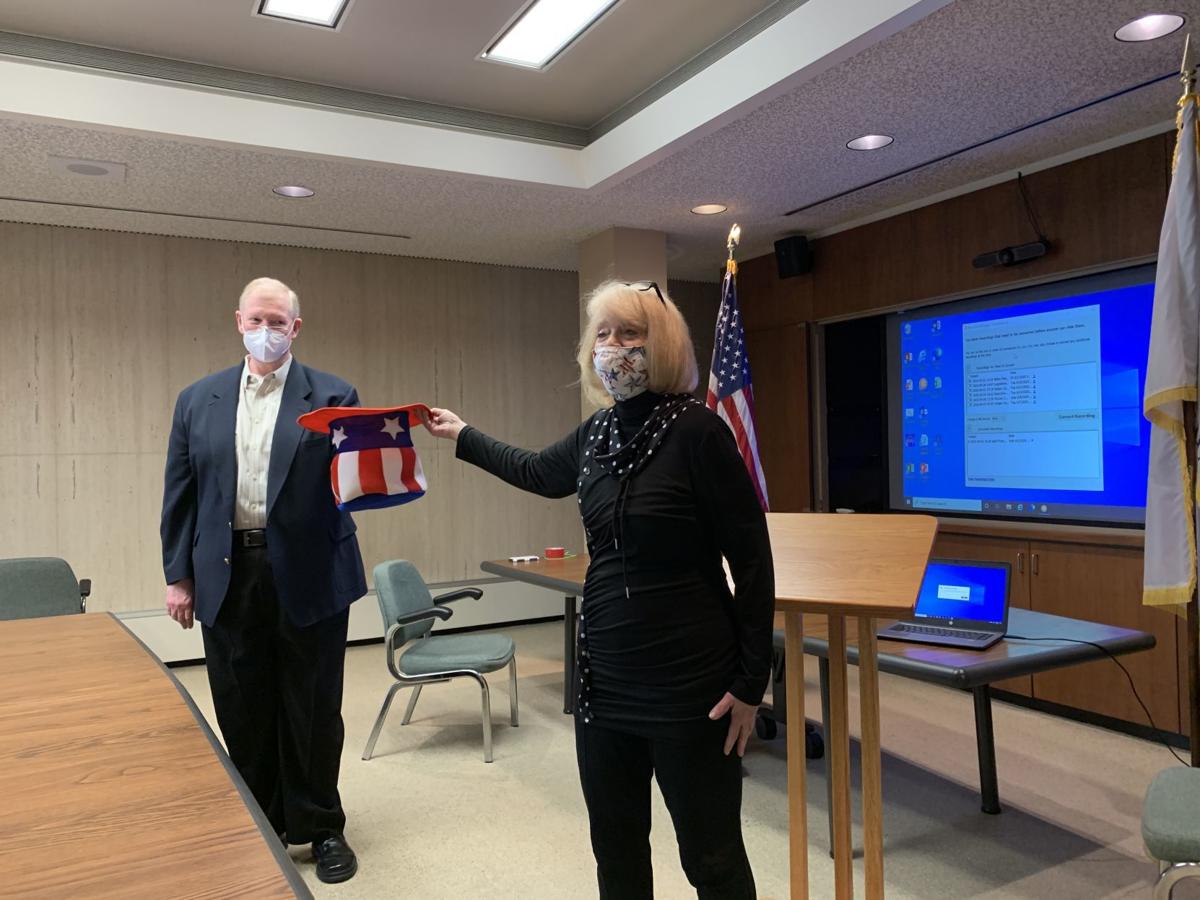 BLOOMINGTON — Libertarians will have the first spot on McLean County ballots for the November general election.

A lottery to determine the ballot order of political parties was held Friday morning at the Government Center, with Libertarian Party being drawn first; the Democratic Party, second; and the Republican Party, third.

The party ranking will be for county candidates on the ballot, said McLean County Clerk Kathy Michael.

Longtime election judge Robert LaPorte drew the names of the three parties one at a time out of an American flag hat.

The lottery, however, was like no other because of social distancing requirements during the COVID-19 pandemic.

Only 10 people were allowed in the room, six feet apart, and with face masks. For people who preferred not attend in person, a live video feed was available with the help of McLean County Information Technologies Director Craig Nelson.

McLean County Democratic Party Treasurer Matt Watchinski was the only local party official present for the lottery. Along with Michael, LaPorte, Nelson, two members of Michael's staff and a Pantagraph reporter also attended.

"Humans adapt ... and I think in McLean County it's been very evident, no matter what party affiliation or religious group or whatever, everyone has really pulled together to make things work," said Michael after the lottery was completed,

"That's what we're going to do with elections as well," she added. "I'm not sure what the future holds with the college campuses that we work with, but we will work together to get us through to November the best way can. Of course, we're encouraging vote by mail and getting the word out."

Bringing out the best

Gov. J.B. Pritzker has extended the state's stay-at-home order through May 30 but loosened some other rules. The changes start Friday.

Voter turnout in Central Illinois for the primary election was "not bad" on Tuesday, considering coronavirus concerns and the number of people who had early voted, election authorities said.

Two polling places in Normal and one in Bloomington have been moved for election day voting as worry about the spread of coronavirus has led long-term care facilities to restrict visitors.

Coronavirus and early voting: Here's what you need to know from Bloomington, McLean County election officials

Early voters concerned about the nationwide spread of COVID-19, the new strain of coronavirus, should wash their hands or use hand sanitizer before and after they vote or request a vote by mail ballot, Central Illinois election officials said.

More than 130 file for spots on McLean County primary ballot

Thirty-one candidates filed for McLean County Board and countywide positions by Monday's 5 p.m. deadline along with more than 100 candidates for precinct committeemen.

With Democrats and Republicans viewing, ballot positions were determined by lottery on Tuesday for three contested races for the March 17 primary.

During a lottery Friday to determine the order of placement of political parties on the McLean County November general election ballot, longtime election judge Robert LaPorte draws the Libertarian name for the top slot.