BLOOMINGTON — The McLean County Museum of History is dealing with "a massive failure" to its roof, and the county board took a first step Tuesday to address the leaks and damage.

The county board, meeting virtually and at the Government Center, voted to pay $28,800 to Scharnett Associates Architects, 118 W. Washington St., Bloomington, to perform architectural and engineering services to replace the museum building's roof and improve its drainage system.

The board has budgeted $250,000 for the project this year, county board Chairman John McIntyre said. The total cost of the re-roofing project isn't known yet.

"The status of the roof is it's failed in numerous locations," Greg Koos, interim executive director of the McLean County Museum of History, told The Pantagraph earlier Tuesday.

"It's leaking badly," Koos said. After a heavy rain, in single spots, as much as 14 gallons of water has leaked into the building, causing damage.

"It needs to be addressed immediately. It's been a massive failure," Koos said of the roof leaks.

No museum artifacts have been damaged, Koos said, but one area has been closed off and an office has been relocated. The museum is closed until Sept. 1 because of COVID-19 and while renovation work continues on some restrooms.

"We're appreciative that the county board is taking on the responsibility for a new roof of a building which is widely considered to be a symbol of our entire county," Koos said.

Koos said the roof is more than 30 years old. Repairs have been made by county maintenance staff. Even so, a review by Scharnett found that water has leaked through the roof and insulation, clay tile and mortar down into the building structure and ceilings. The drainage system also needs improvement.

The useful life span of the roof has been exceeded by more than five years, Koos said.

"This spring, the problem has quintupled in intensity" and became apparent with the spring rains, he said.

Koos said he's glad that the county board is taking action before the structural integrity of the building is eroded.

Josh Barnett, chairman of the county board property committee, said the county's relationship with the museum is part of a longstanding plan.

"Going back to when Nancy Froelich was county board chair (in the 1980s), it has been the vision that the Museum of History would occupy the building and the county would maintain the building," he said. "This is a continuation of her vision. Government has a duty to maintain public buildings for public use."

"It's a grand old building, the museum is highly ranked and we want to make sure we protect all of the displays in there," McIntyre said.

Barnett anticipates that, in July, the property committee will consider a plan that would include a timeline and financing. Rodriguez hopes most of the project can be completed before winter.

Also during the meeting, board member Elizabeth Johnston recognized Juneteenth, which celebrates the end of slavery in the United States, and said events of the past two weeks show that freedom and opportunity are not enjoyed equally by everyone in the country.

She asked the board, in the coming months, to craft policies of freedom, equality and opportunity.

In other business, the board:

LOOK BACK: Historical photos of Bloomington-Normal

For the second straight day, the McLean County Health Department on Monday announced no new cases of COVID-19 among county residents. But increases were announced Woodford, LaSalle and Logan counties.

A task force of McLean County organizations, led by United Way of McLean County, has provided nearly 75,000 meals and delivered nearly 1,200 food boxes since March 16 to people impacted by the economic slowdown caused by COVID-19, the county board executive committee heard on Tuesday.

Watch now: McLean County Board of Health agrees to do more to address racial disparities

The COVID-19 pandemic and protests that have risen from the death of George Floyd have put a focus on racial disparities in health care and the McLean County Board of Health said Wednesday night that it needs to do more to address those disparities.

Firefighters' tactical decision to use a front-end loader to open up a hallway while battling a fire at Clinton Assembly of God may have saved part of the facility, officials said Tuesday.

Sometimes, racism can be fought with a paintbrush and a celebration of equality. That's the idea behind two McLean County events scheduled to coincide with Juneteenth, the oldest annual commemoration of the end of slavery in the United States.

Bloomington Ward 4 Alderperson Julie Emig has been named the new executive director of the McLean County Museum of History. 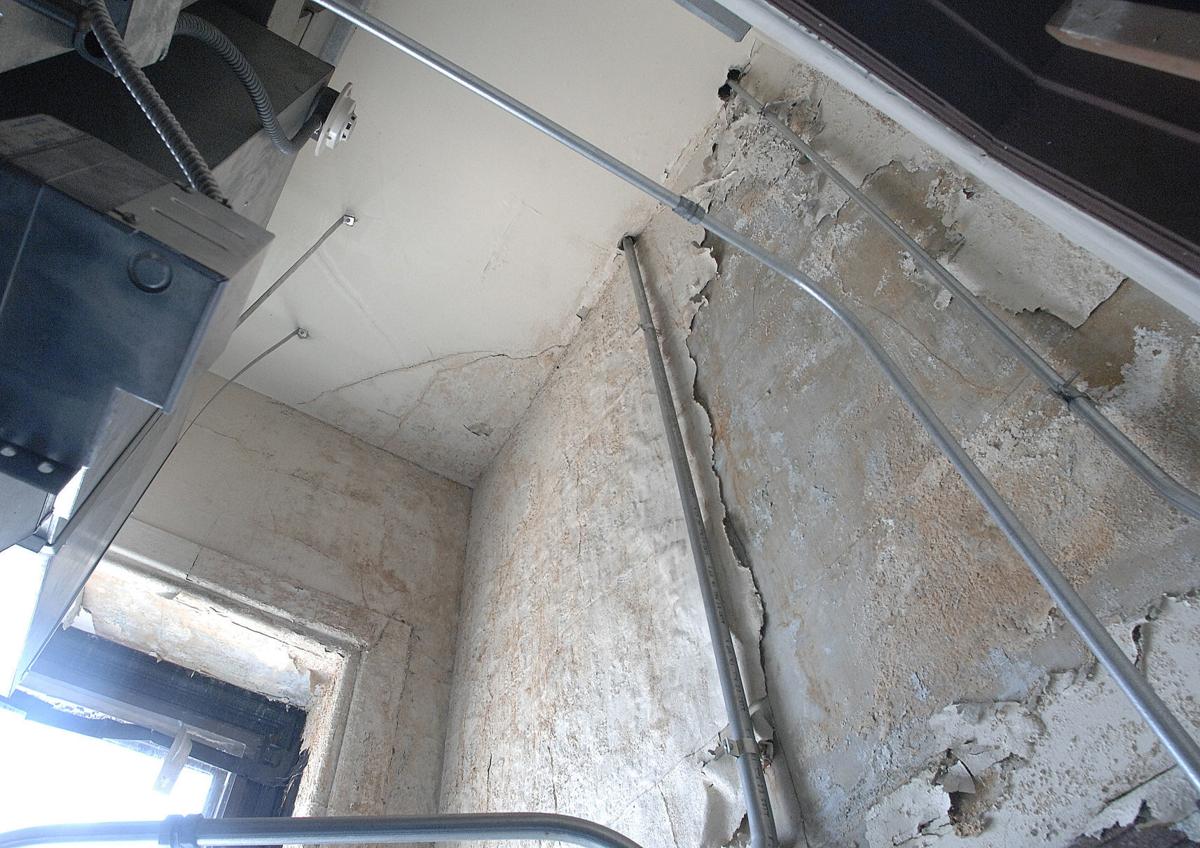 Extensive water damage from a leaky roof is evident Tuesday, June 16, 2020, in a mechanical room besides the Helen Alexander Bender Gallery at the McLean County Museum of History in downtown Bloomington. The county board on Tuesday evening hired an architectural and engineering firm to begin the process of replacing the roof and improving its drainage system. 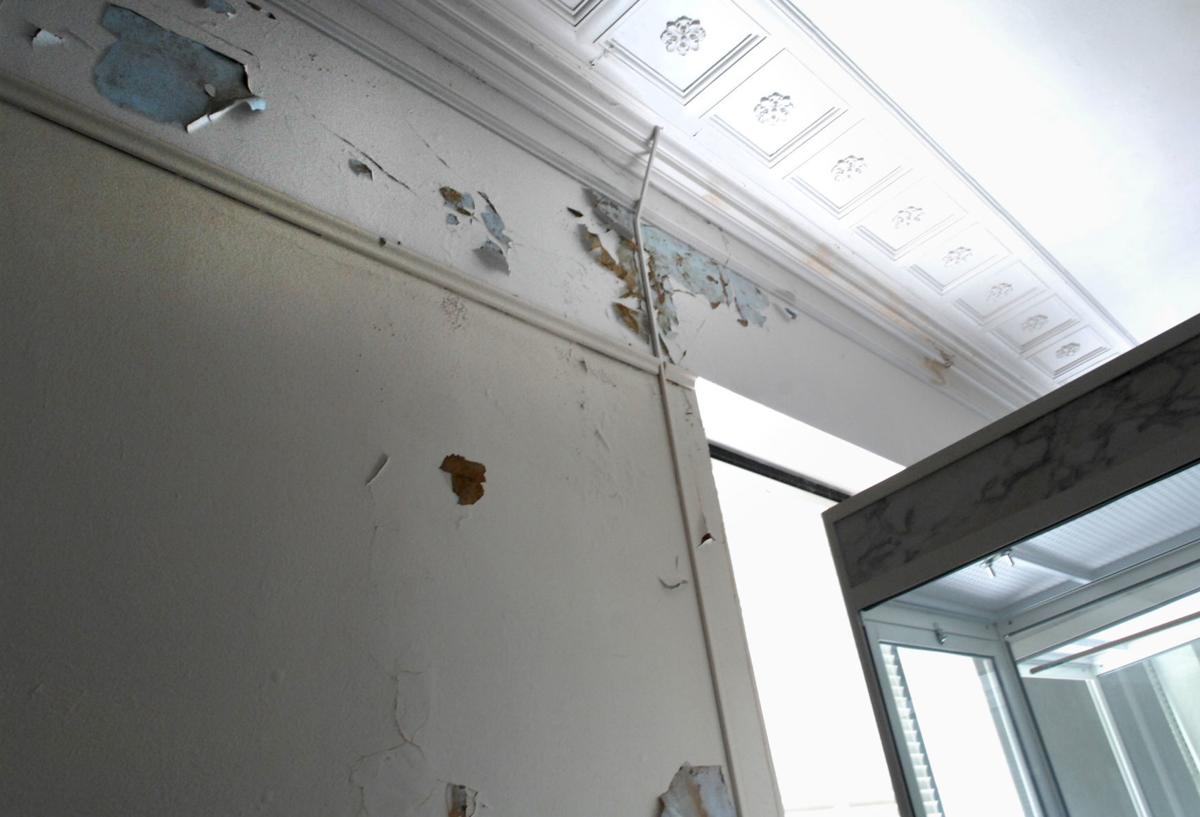 Water stains, caused by a leaky roof in the Helen Alexander Bender Gallery at the McLean County Museum of History in downtown Bloomington, were visible on Tuesday, June 16, 2020. 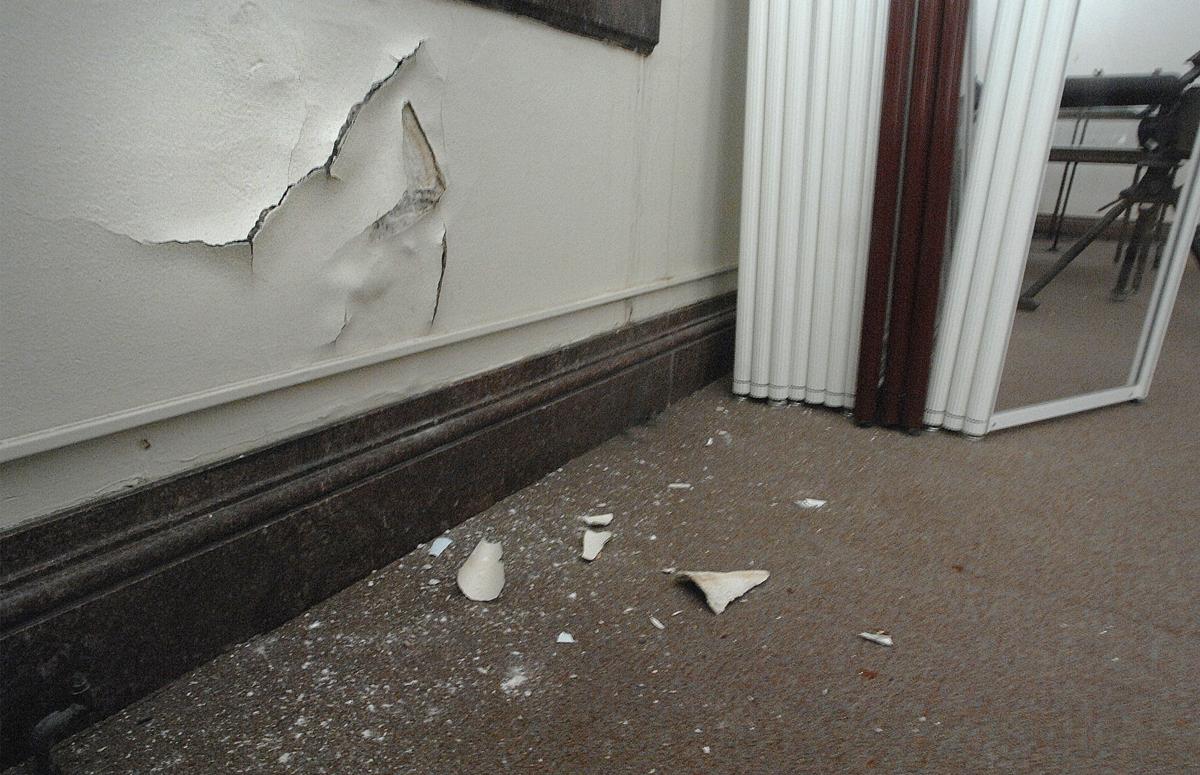 Cracking plaster is seen on Tuesday, June 16, 2020, at the McLean County Museum of History. 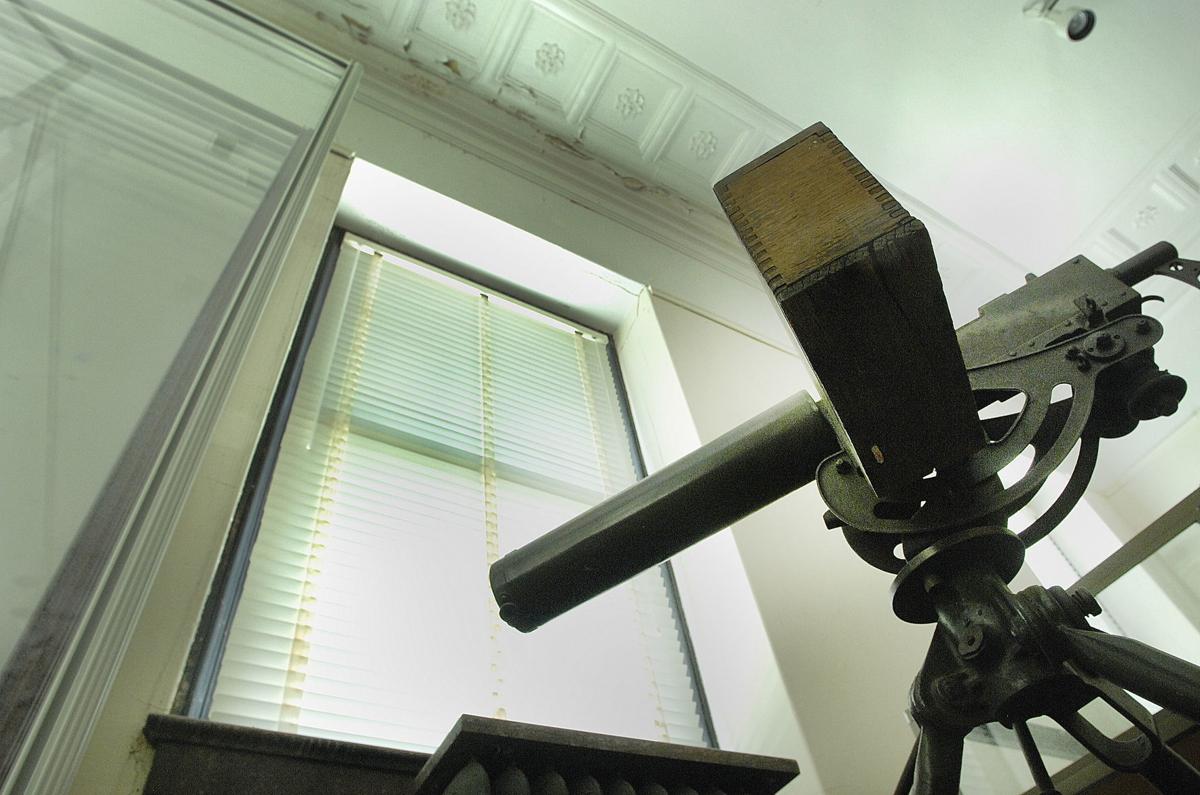 Water stains were visible Tuesday, June 16, 2020, in the ceiling above a machine gun in the Helen Alexander Bender Gallery at the McLean County Museum of History. 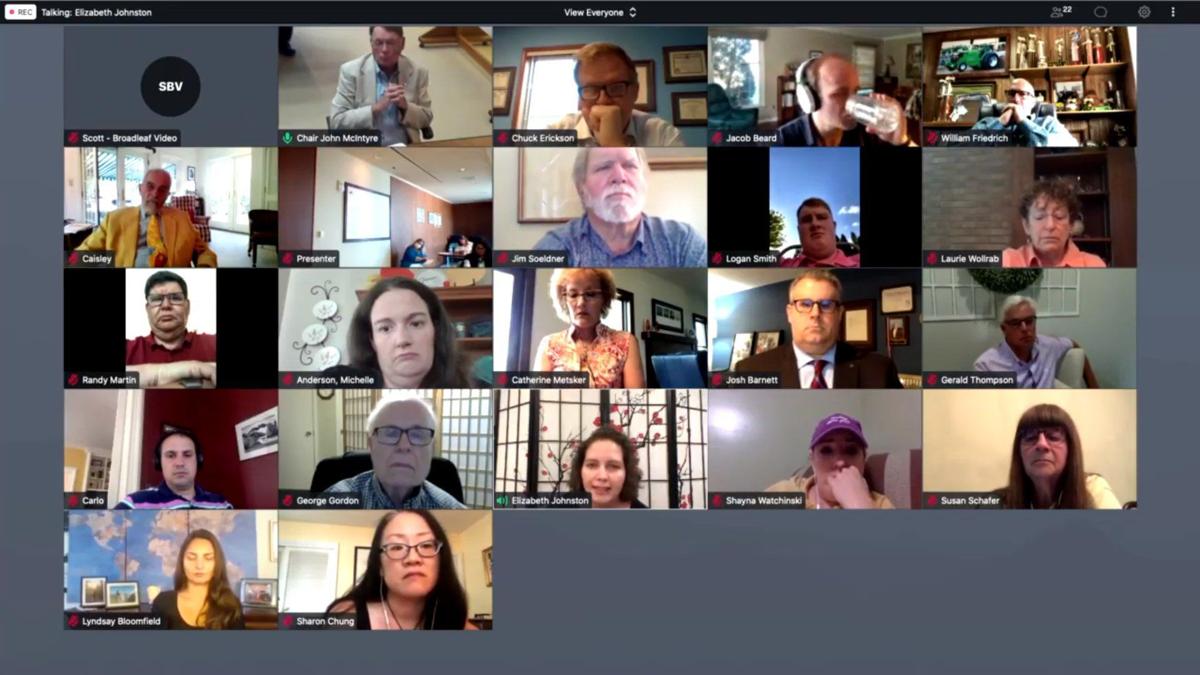 McLean County Board member Elizabeth Johnston speaks about the need to support freedom and opportunity for everyone during the virtual county board meeting Tuesday, June 16, 2020. 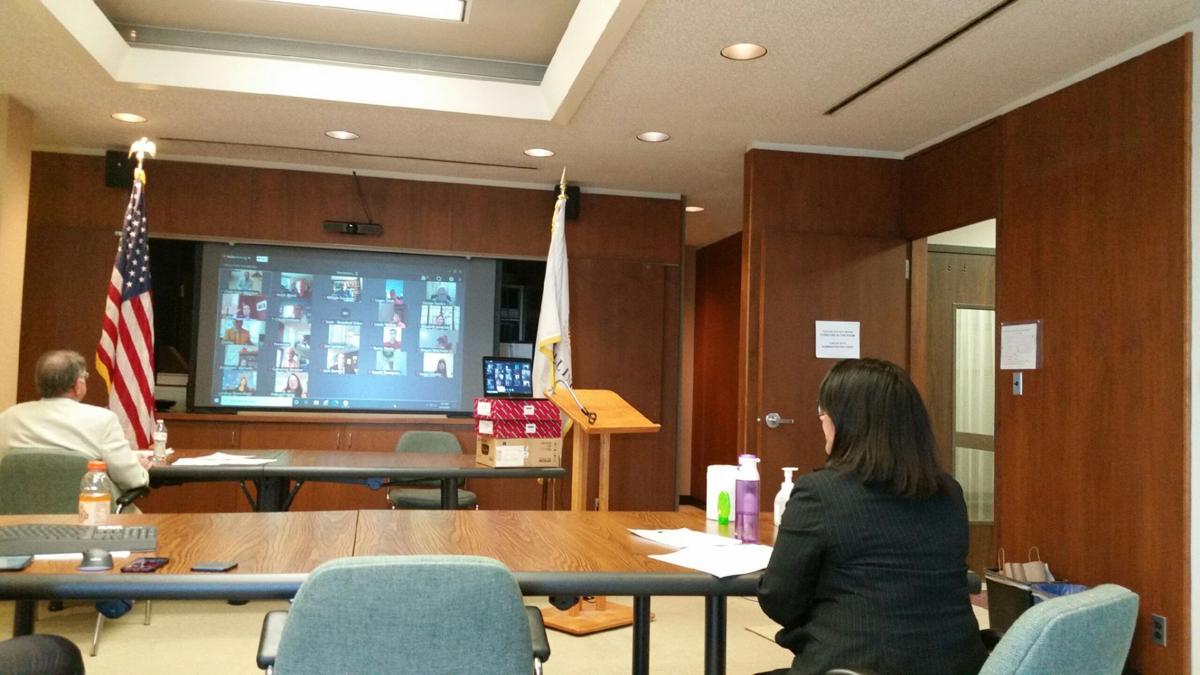 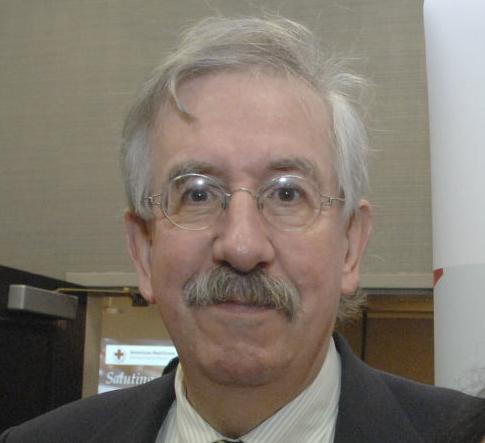 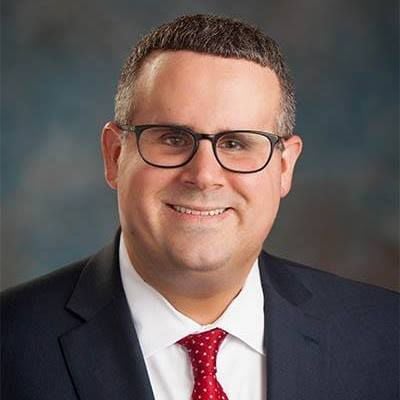 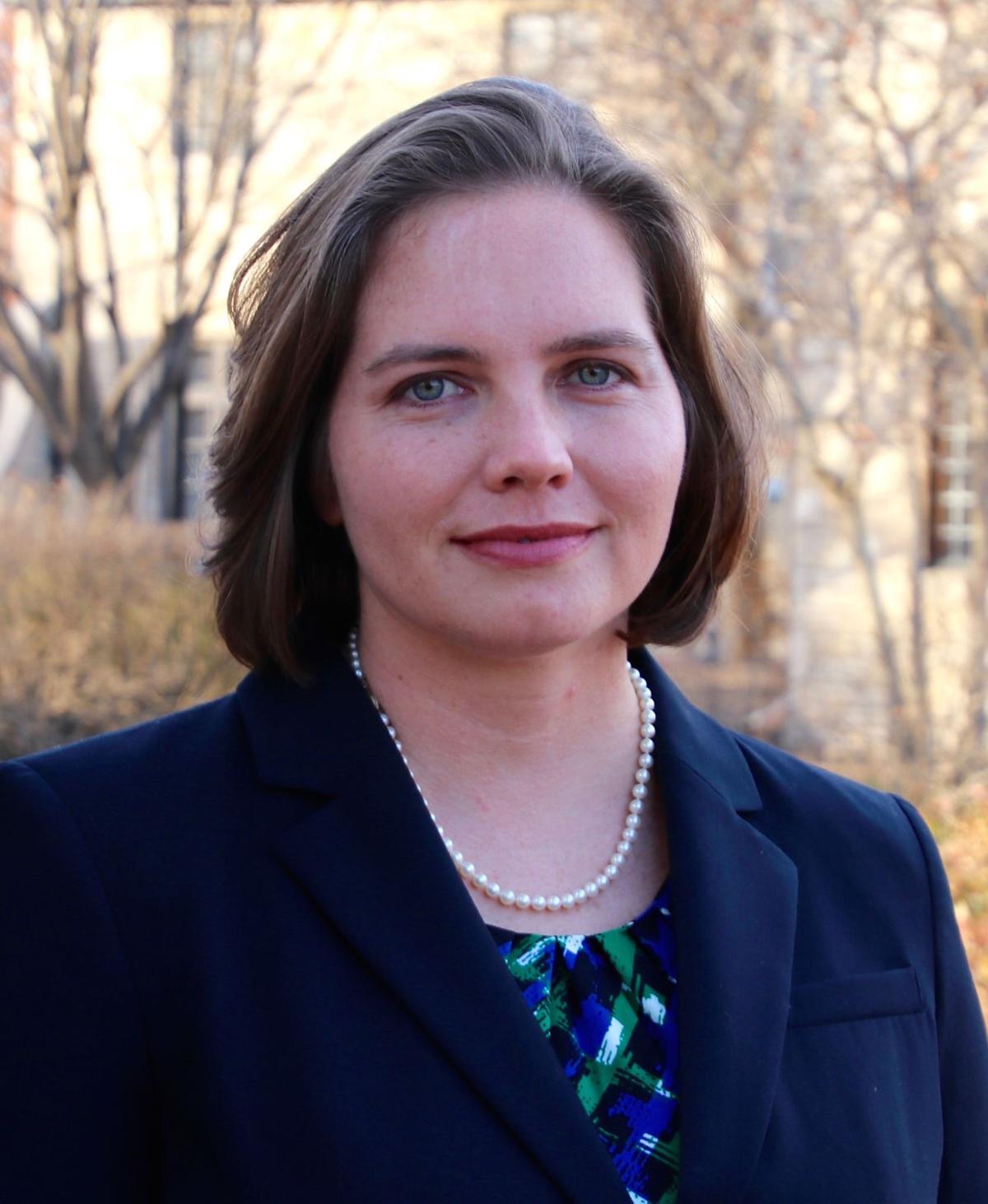