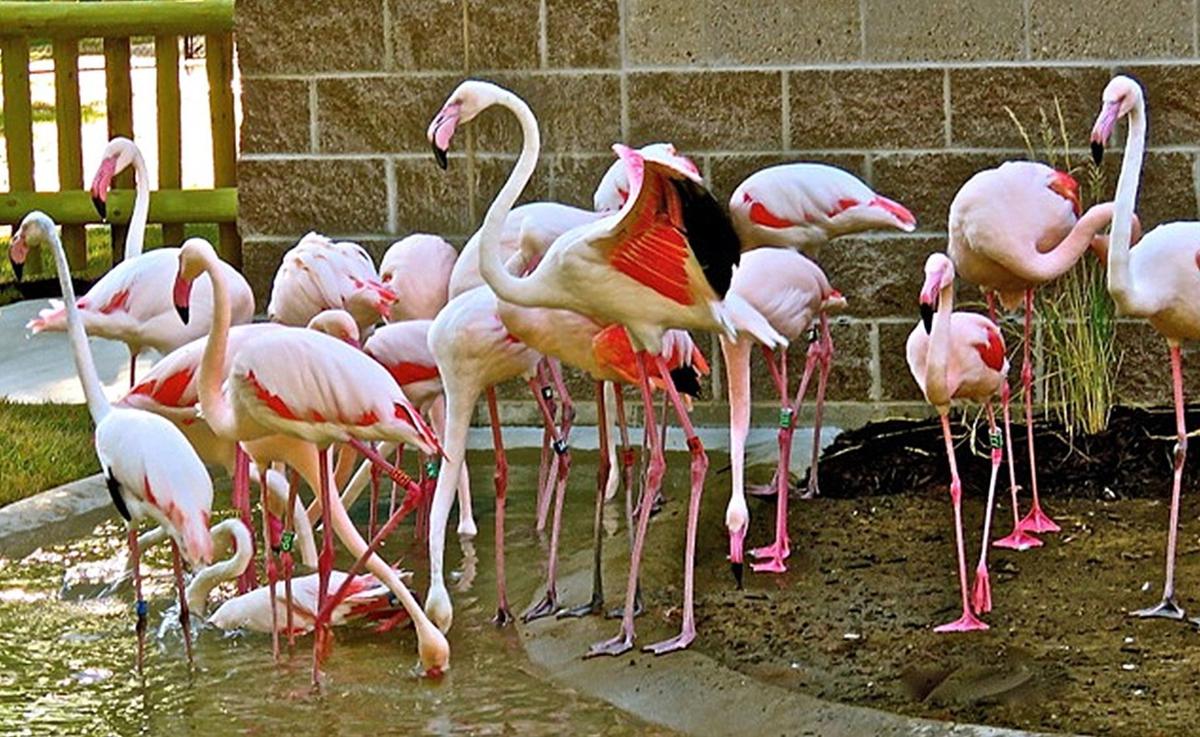 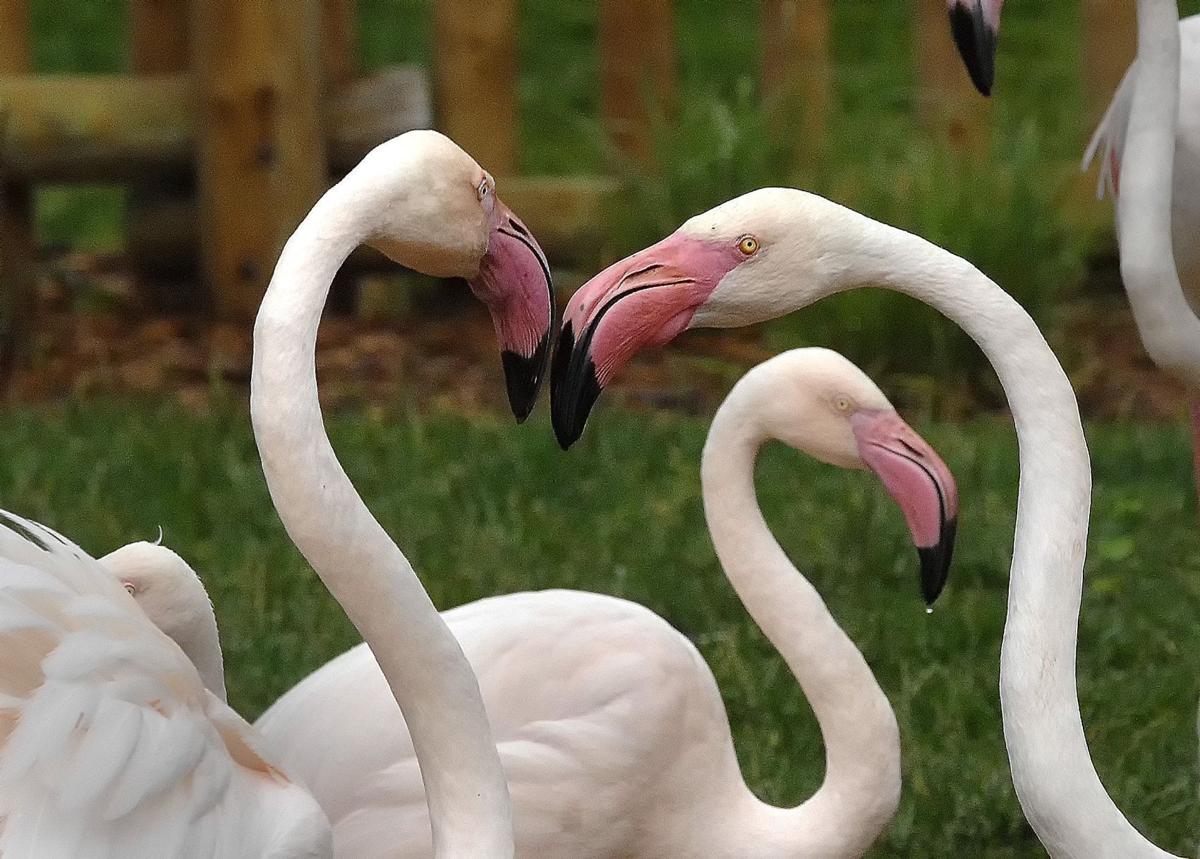 Flamingos on display at Miller Park Zoo are part of the reason for increases in attendance and revenue at the zoo. 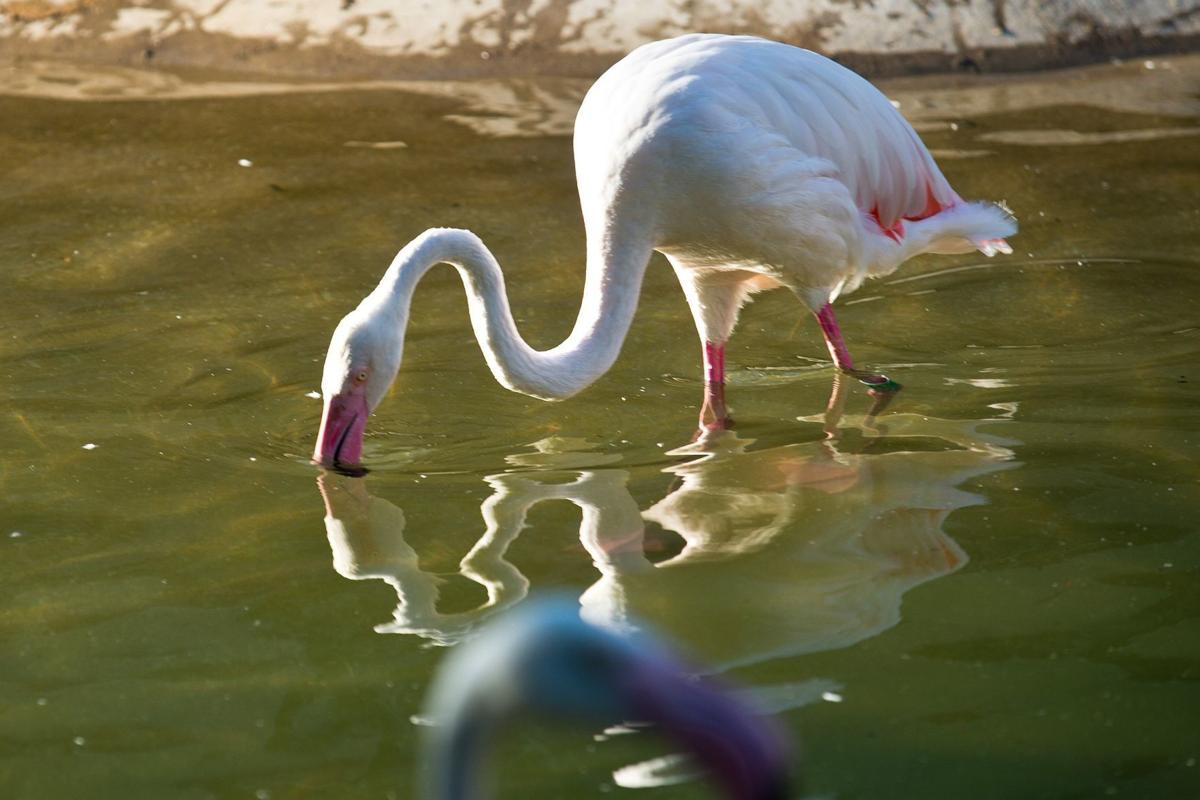 A flamingo cools off in a pond Saturday, Sept. 15, 2018, during Miller Park Zoo's Zoo Do event in Bloomington.

BLOOMINGTON — A flamingo at Miller Park Zoo was euthanized Monday after it was struck by a rock.

"A juvenile guest accidentally injured a flamingo on Monday by skipping a rock into the habitat," Jay Tetzloff, director of the city-owned zoo and parks, recreation and cultural arts department, said in an email Tuesday afternoon.

"Unfortunately, staff determined the best course of action given the animal's injuries was to euthanize the bird," said Tezloff, adding a leg was broken by a rock.

Prior to the incident, the zoo had 25 flamingos in the exhibit. Located near the entrance, the exhibit makes the flamingos the unofficial zoo greeters.

"This was a truly unfortunate accident, and we are working with the juvenile's family to move forward," said Tetzloff, adding the zoo sees no need to change the layout of the exhibit.

When the flamingos exhibit opened in June 2016 it was the first project in the zoo's $16.7 million master plan and first new exhibit since 2004.

The project had to be downsized, redesigned and rebid after four bids submitted in 2015 came in higher than the anticipated cost for design and construction.

To save money, an island was eliminated from the plan, and city employees did demolition and landscaping work and built the fence around the exhibit.

As another cost-saving measure, the zoo decreased the original flock size of 35 flamingos. At more than 20 flamingos, Miller Park Zoo still will have one of largest flocks housed at zoos in the country, said Tetzloff.

Some residents opposed to the city spending money for a flamingo exhibit had previously protested by bringing plastic versions of the pink birds to City Council meetings and planting them in their yards.

🐒 A look at the Miller Park Zoo in photos

BLOOMINGTON — During the first hour after Miller Park Zoo opened Friday, more than 700 people, mostly students, came through the gate.

BLOOMINGTON — As part of a Miller Park Zoo species survival breeding program, Mischa, a male Pallas' cat that arrived in December, has become a dad.

NORMAL — Connect Transit riders and advocates aren't stopping their push for board representation despite competing plans from Twin City mayors.

BLOOMINGTON — Bloomington Police have located the driver and a vehicle being sought in a hit-and-run accident that left a pedestrian hurt on Monday.

BLOOMINGTON — As an architect finishes the design of the DeBrazza Plaza exhibit for animals from the African continent, Miller Park Zoo Superi…

Flamingos on display at Miller Park Zoo are part of the reason for increases in attendance and revenue at the zoo.

A flamingo cools off in a pond Saturday, Sept. 15, 2018, during Miller Park Zoo's Zoo Do event in Bloomington.