BLOOMINGTON — Leaders across the Twin Cities were pleased and optimistic about Friday's announcement that State Farm plans to sell, rather than raze, its former headquarters in downtown Bloomington.

"It's great news for the community all around," said Normal Mayor Chris Koos. "That building is iconic to the history of Bloomington-Normal, and I'm glad State Farm found what appears to be a willing buyer to repurpose it."

Koos and others said they're thrilled Urban Equity Partners LLC (UEP), a Rockford developer, plans to take on the storied 112 E. Washington St. building, though they're curious how redevelopment will proceed.

The deal came together quickly, said Zach Dietmeier, vice president of the Bloomington-Normal Economic Development Council: UEP reached out to the EDC three weeks ago, and EDC staff was excited about a possible partnership.

"They have converted a lot of these older historic structures into apartments, and they have a great track record. They've been successful in similar cities," Dietmeier said, noting UEP's work in Rockford and suburban Aurora. "They knew everything about that building when they contacted us. They did their research, and they had a plan."

That plan includes investing $40 million to establish 230 luxury apartments in downtown Bloomington. Dietmeier noted UEP plans to use all 13 stories of the building, versus a previous buyer that planned a combination of uses, including a concentration of retail and restaurant occupants on the first floor.

"I think this is what needed to happen to make that sale go, one buyer stepping up with a plan for the whole structure," he said. "There could be 200 or so new residents in downtown Bloomington. I don't think that can be understated how good that is, because people will attract more business."

Koos said he's not concerned about the development competing with luxury apartments at two major uptown projects, One Uptown and Trail East.

"Projects like this help the entire community, not one or the other," he said. "I congratulate State Farm on the new development and the city of Bloomington getting this far, and hopefully it gets to completion."

Dietmeier said EDC would welcome the opportunity to work with UEP on incentives, though the company plans to pursue historic tax credits and state and federal funding and rather than local tax breaks.

"I'm sure the developer has a relationship with DCEO (the Illinois Department of Commerce and Economic Opportunity)," said Dietmeier. "First and foremost, I think, was saving a historic building. That was a significant incentive in and of itself."

State Rep. Dan Brady, R-Bloomington, said he's not aware of specific state incentives that could apply to the project but hopes to help going forward.

A lack of local incentives is good news for Bloomington's District 87 schools, the largest recipient of taxes from the site — though the district will listen if the developer wants to change course, said Superintendent Barry Reilly.

"We're always willing to listen to what the city or the EDC or the developer is interested in, but we've been very clear on our stance on tax incentives that impact the district, especially at a time when our local resources are not increasing," he said. "We do understand it's a competitive business world... but we don't want to do it at the expense of providing high-quality education."

Reilly said the development could be "a good shot in the arm for the downtown area and the city of Bloomington."

The sale is also welcome news to McLean County officials, said county board Chairman John McIntyre. The county looked over the building to determine if it might be interested in using some of it as office space but decided not to, he noted.

"It's been a landmark and an identity for the community, but we have to be understanding of the fact (State Farm) is a private organization and they were trying to do what they could," said McIntyre. "We're happy to see something going forward. ... We'd like to see five or six other buildings downtown that are empty converted, too."

Brady said he was especially glad for residents who fought for the building to stay.

"I'm pleased the building's not going to meet the fate of demolition. That's a win-win for all the stakeholders, especially for the historical perspective and the landscape of downtown," he said. "I'm glad this has worked out."

City library expansion, joint project not on the books

The head of the Bloomington Public Library board doesn't want the city's reading and learning resource to be used as a "potential savior" for some spots in and near the downtown in need of development.

A toast with a different variety of 'bubbly' marked 25 years of the Children's Discovery Museum on Thursday, still "inspiring the love of learning through the power of play” during a breakfast at the Marriott and special events at the uptown museum.

Development of Bloomington Lofts seen as boon for downtown

While the sale of the State Farm downtown building isn't final yet, local workers and business owners are hopeful that the change will not only save a historical landmark, but also bring renewed vitality and prosperity in Bloomington's hub. 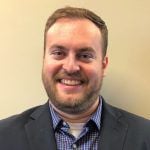 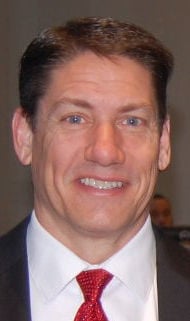